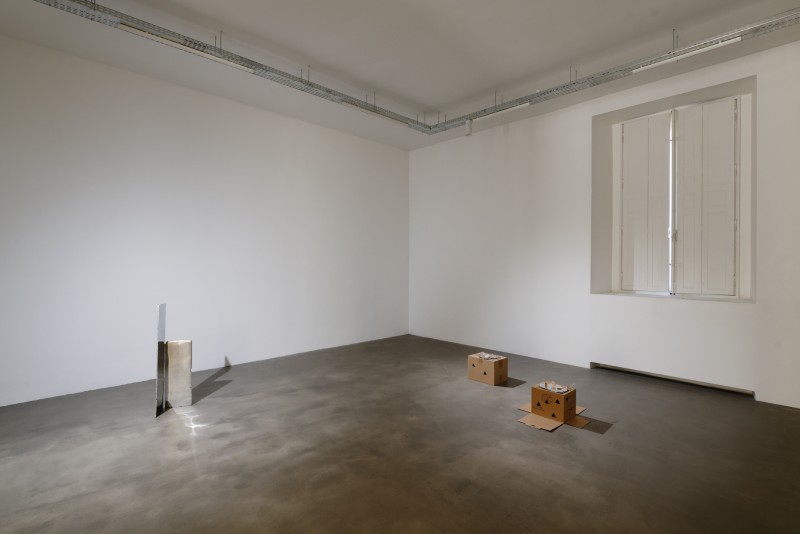 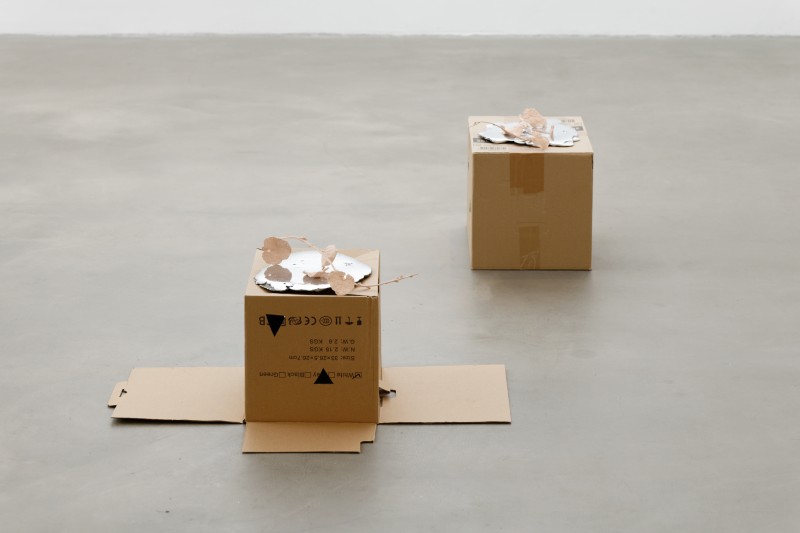 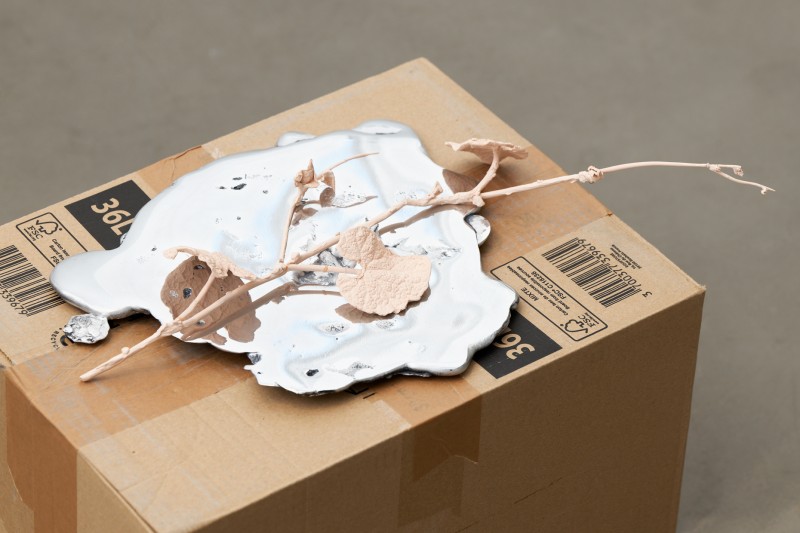 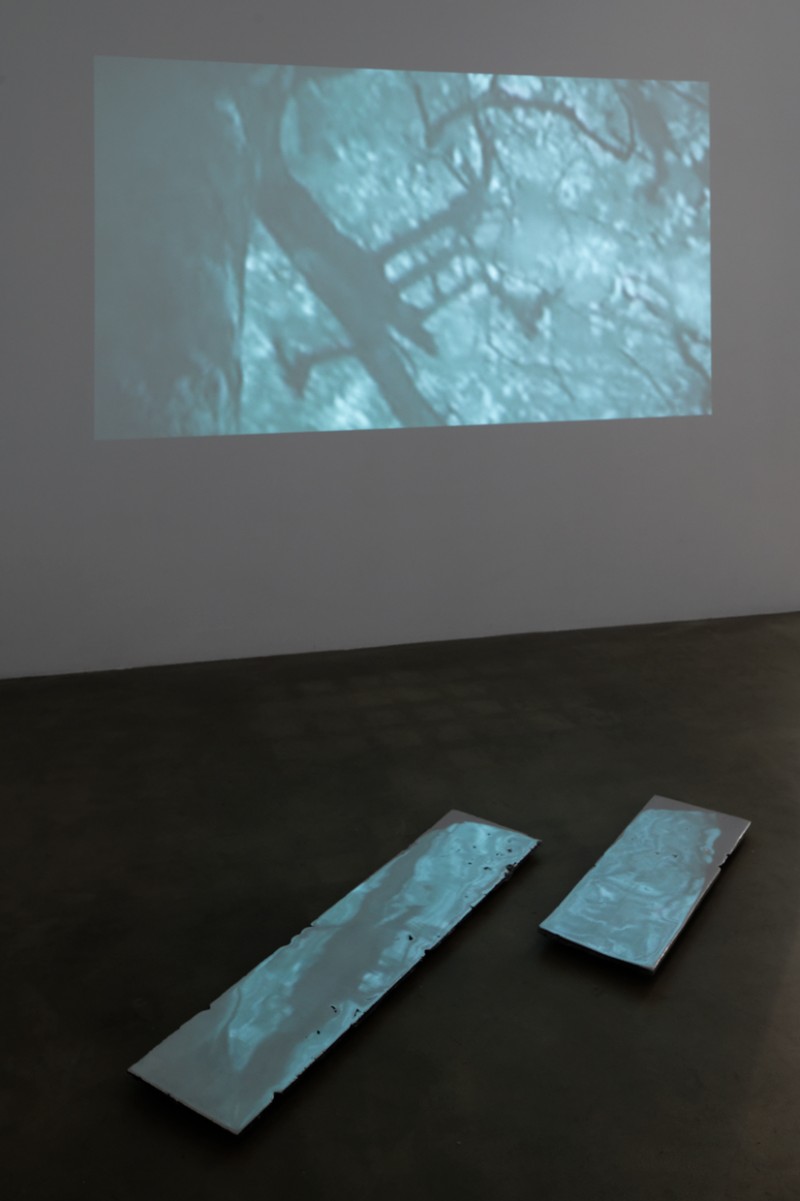 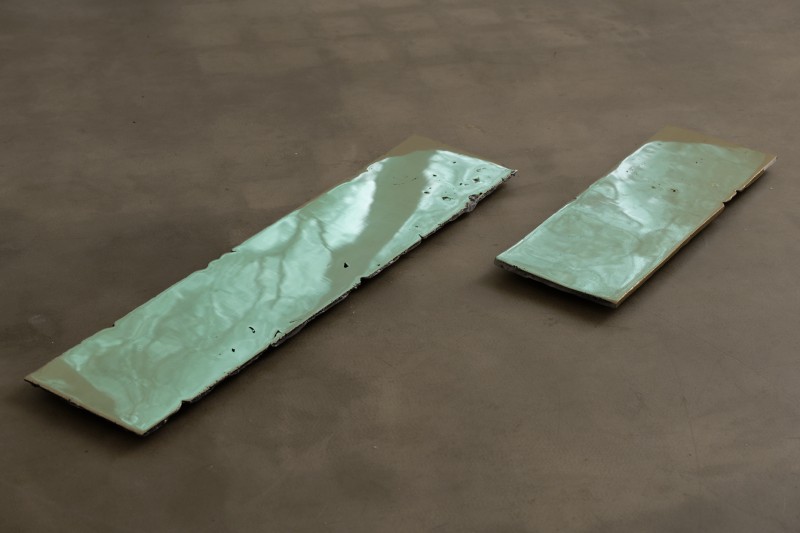 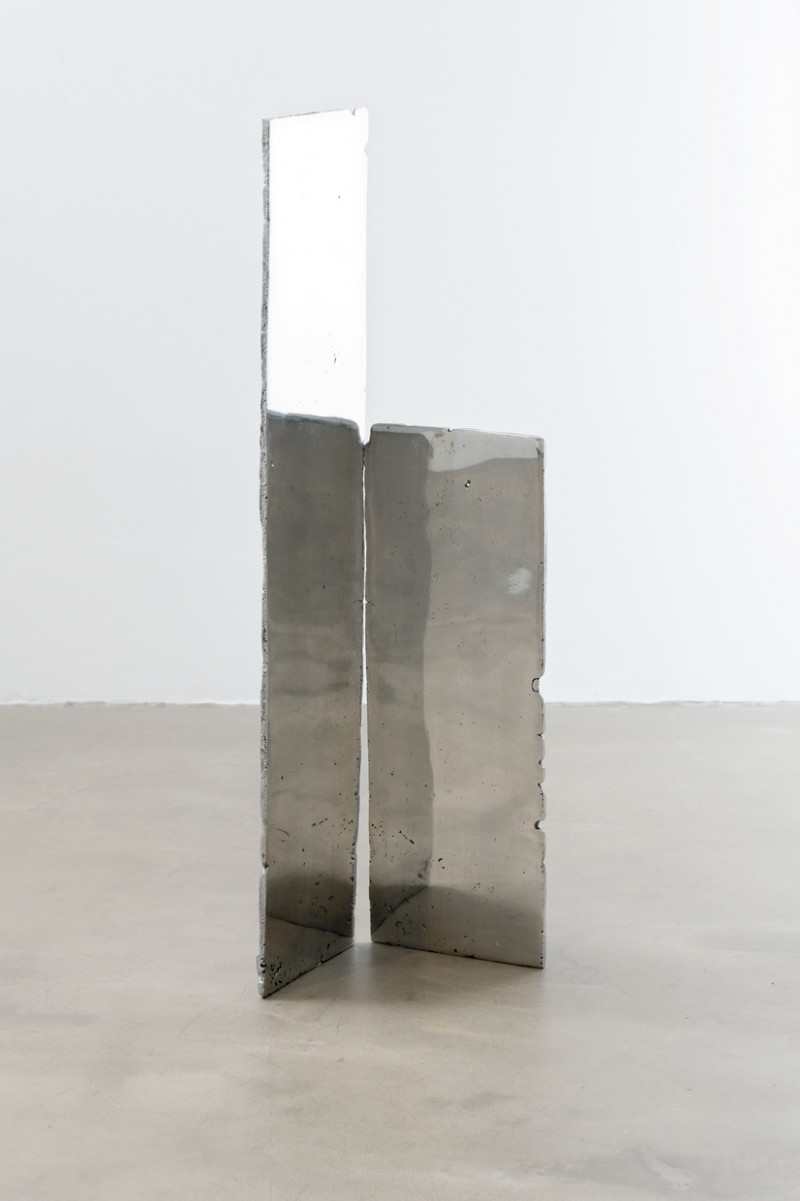 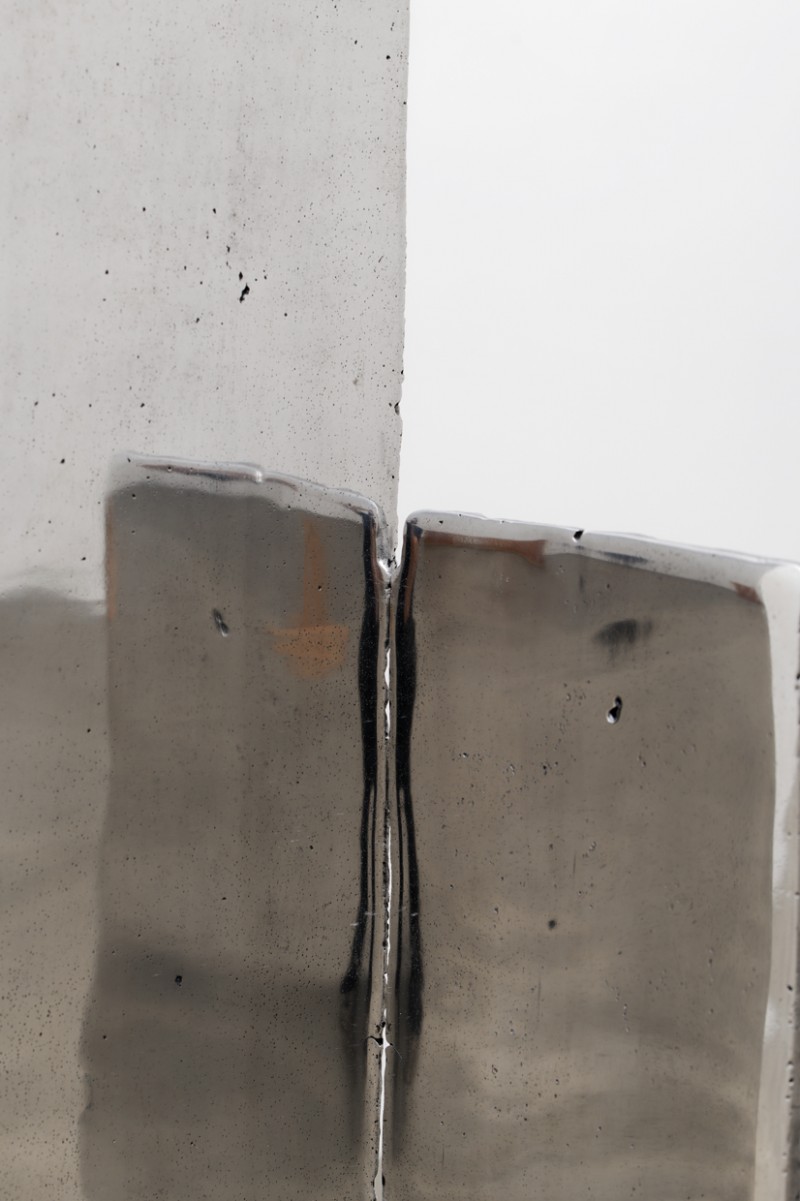 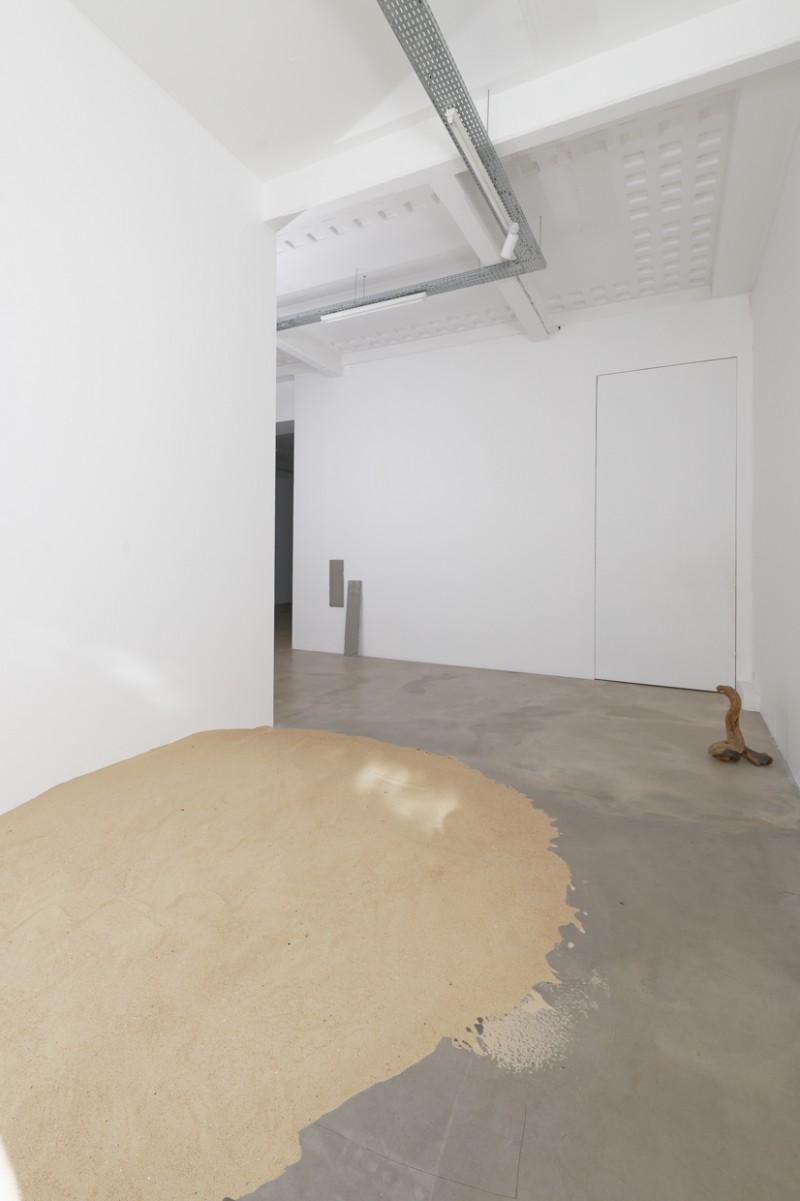 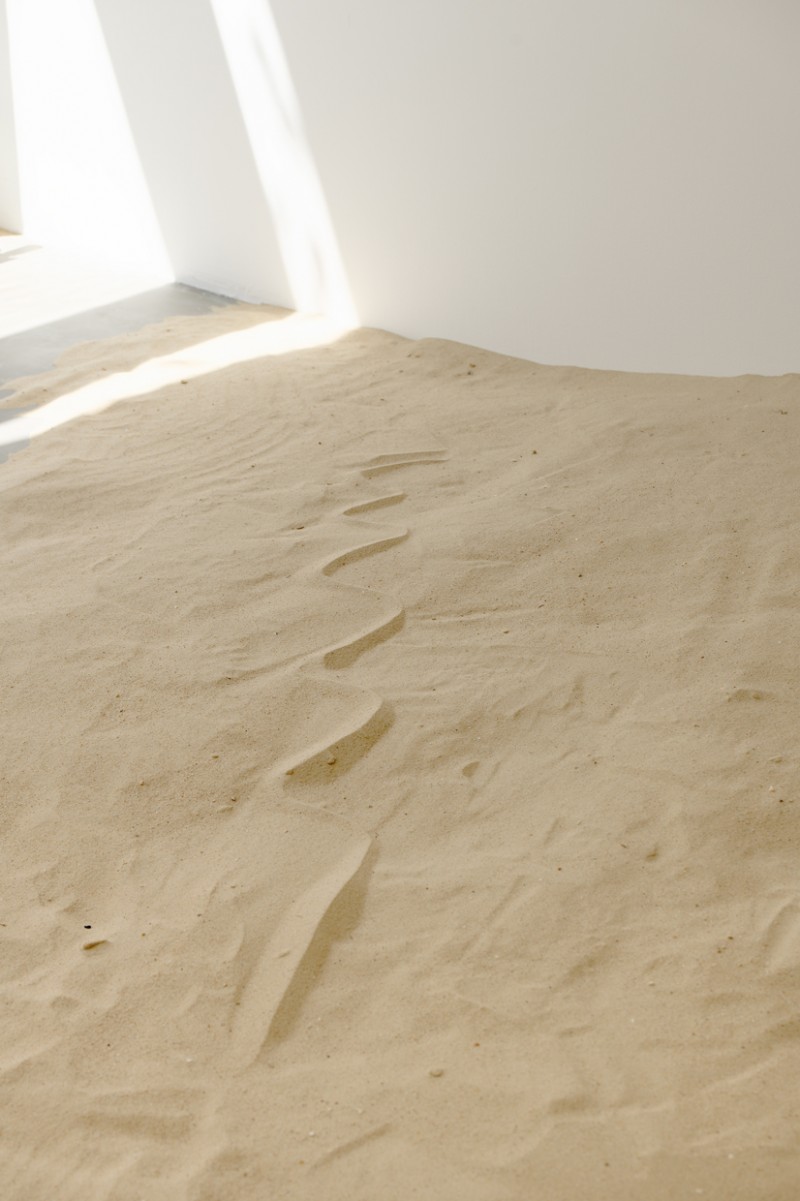 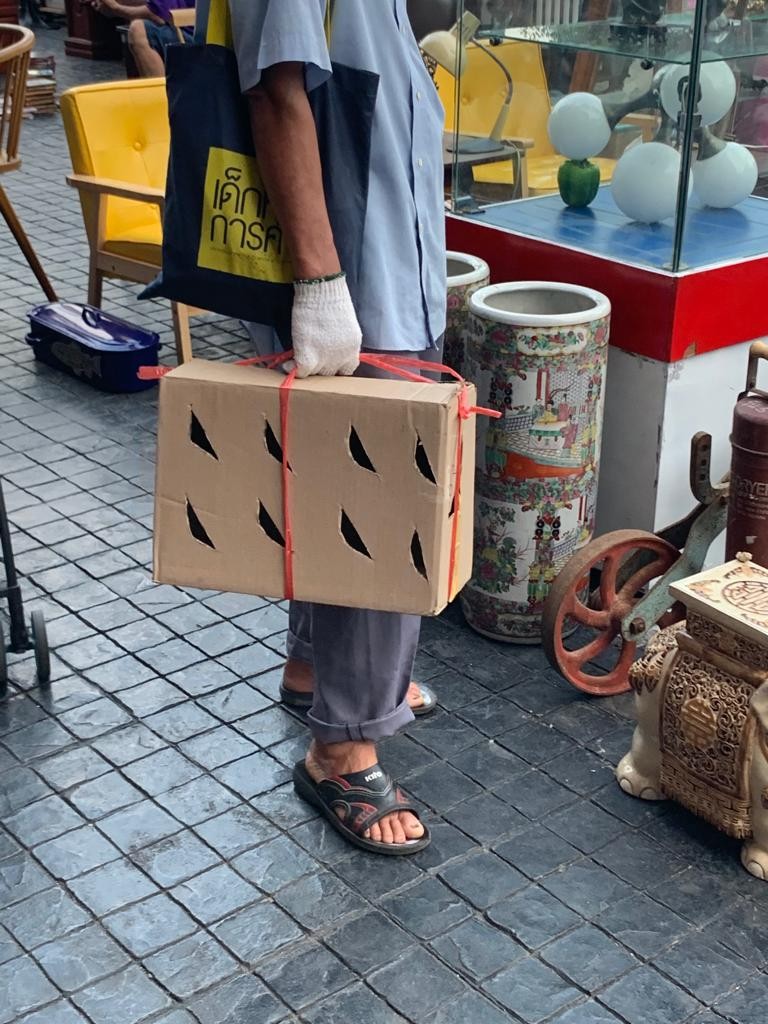 In recent work, Pratchaya Phinthong has been exploring the mineral and karmic economies of Laos, a country that shares language, beliefs and a long border with his own native region of Isaan (Northeast Thailand). The most bombed nation on earth, Laos still bears the physical and mental scars of the U.S. military’s epic aerial offensive, launched largely from bases in Isaan, during the Second Indochina War. Between 1964 and 1973 the Americans dropped an estimated 250 million cluster bombs on Laos. As much as 30% of them remain there in the ground, waiting to explode, despite sustained transnational efforts to clear them.

The video work, Today will take care of tomorrow, borrows its title from a poem by Paul Malimba about the country’s beautiful but dangerous landscape. The subtly defamiliarizing gaze of an infra-red camera seeks out trees that have absorbed shrapnel from this indiscriminate violence, around the ruins of an old Buddhist temple half-destroyed by the bombing. Not only have the trees assimilated the foreign matter and thrived despite their wounds, but years later the embedded metals act like accidental amulets, destroying the blades of illegal loggers who must then leave these areas alone. As if protected by an invisible force, the forest has absorbed one violence, which shields it against another. That one time should take care of another may seem like wishful thinking, but this is no personification. The aphorism points to circulations that are both more substantial and more than human.

Pratchaya exercises his trademark poetics of conversion and substitution in an ongoing collaboration with inhabitants of Napia Village, near the prehistoric Plain of Jars in Laos’ central Xiangkhoang Plateau. Here, the mineral surplus of global conflict is melted down in small family-run foundries and reborn as decorative or functional domestic objects. In a new series of works called The Organ of Destiny, lead and tin from munitions is recast, scaled and polished to resemble the mirrors used in a breakthrough treatment for phantom limb syndrome, the debilitating pain experienced by many amputees. The artist takes inspiration from Canadian campaigner Stephen Sumner, who distributes mirrors from village to village by bicycle in neighbouring Cambodia, training amputees in the therapy that cured his own phantom limb pain.

In a parallel play of substitutions, the ‘scorched earth’ itself becomes a fluid resource, an avatar of resilience and regrowth modelled on the vegetation it nourishes. For Bones and Branches, the artist confined a hogvine plant (Merremia umbellata), a hardy climbing weed found all over the tropics, within a perforated cardboard box. Shoots that found their way to the light and fresh air were cast in sections in fine terracotta – fragile, yet invincible, as he puts it – before being recomposed with the box. Nearby, the zoomorphic sinews of a found tree stump attest to these cycles of assimilation and resemblance, and the irrepressible will of the animate world.

These tropical migrations of substance and spirit may seem distant, even exotic. But as Europe reels again from an indiscriminate brutality, war of a heaviness thought to have been consigned to history, Pratchaya reminds us of the larger circuits of metamorphosis and renewal that envelop us all.

David Teh, Assistant Professor in the Department of English Language and Literature at the National University of Singapore, is an independent curator and critic. He is the author of Thai Art, Currencies of the Contemporary, published in 2017 by the The MIT Press.