gb agency is delighted to present a new exhibition by Robert Breer.
We are showing a new sculpture made in 2010 as well as lesser known earlier works by the artist. 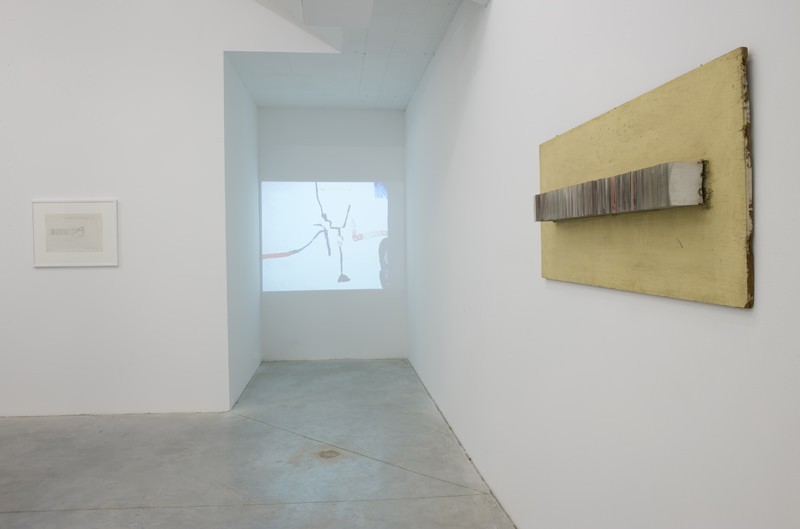 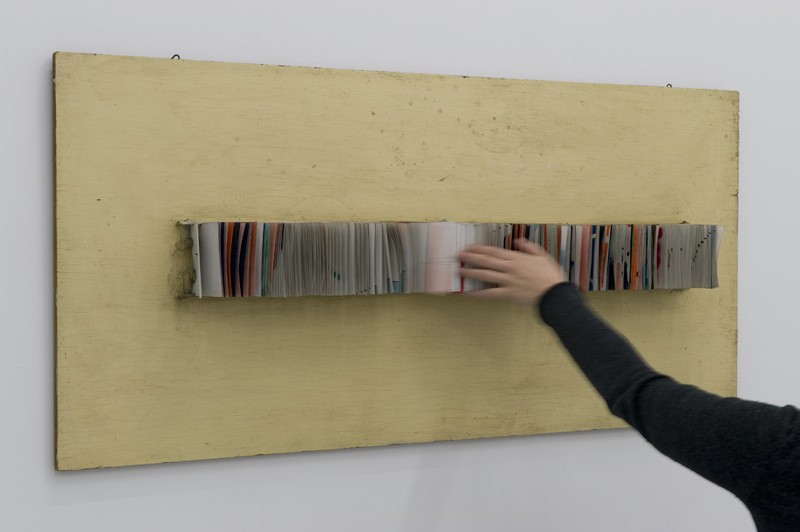 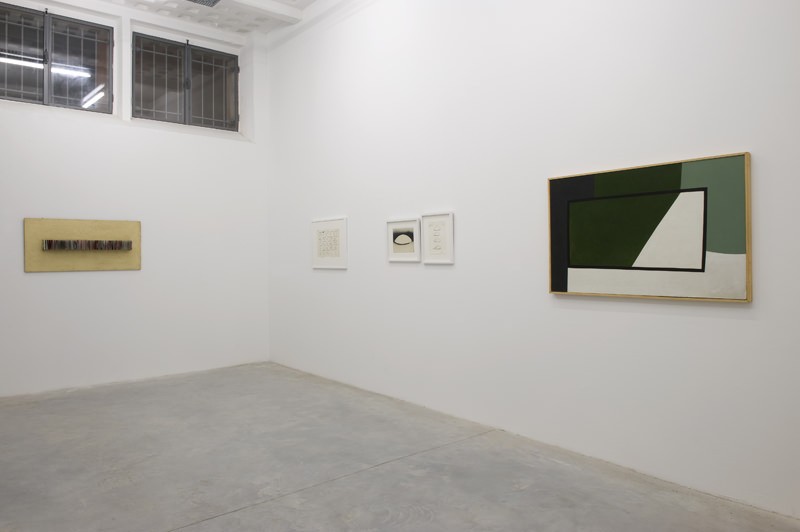 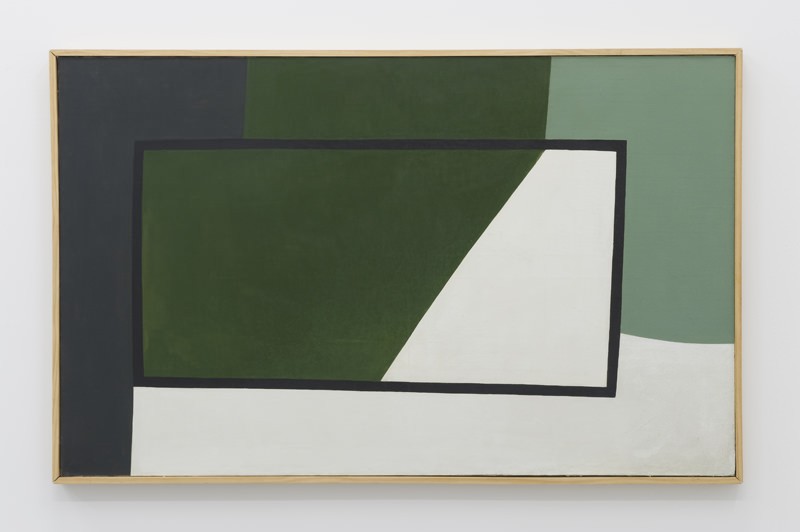 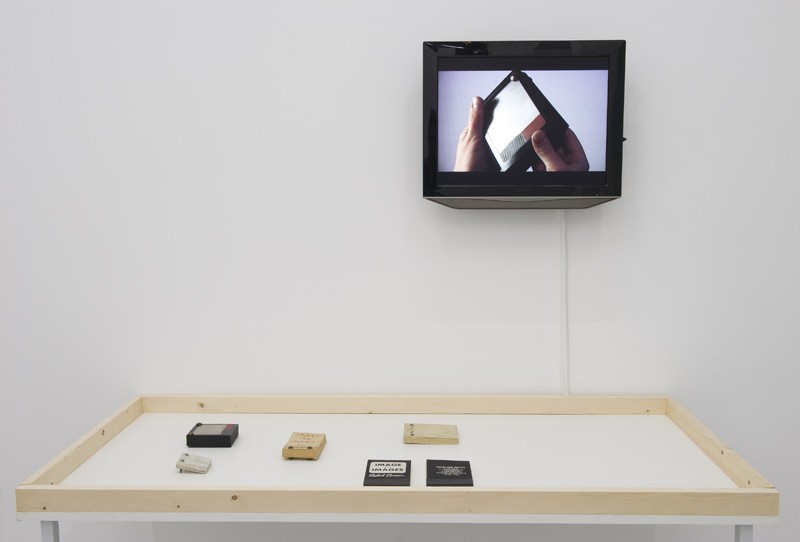 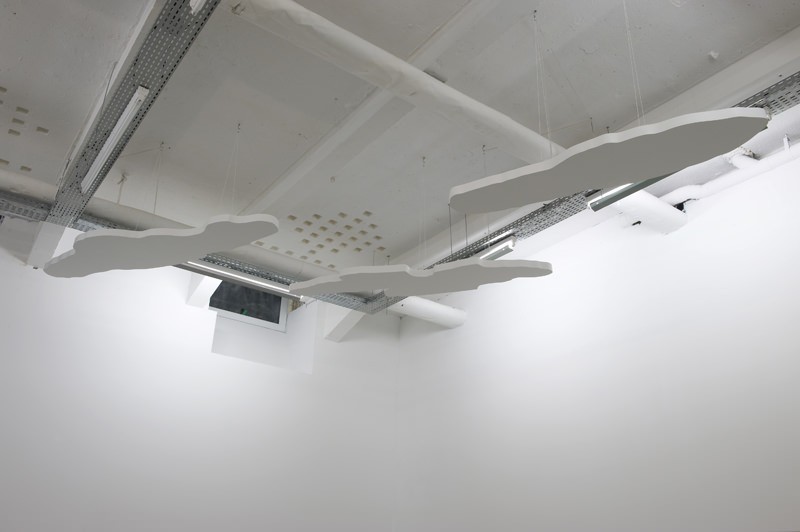 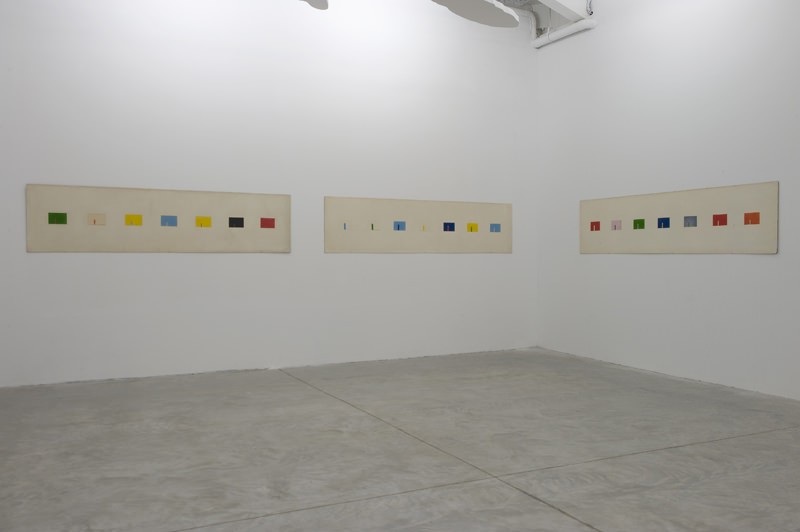 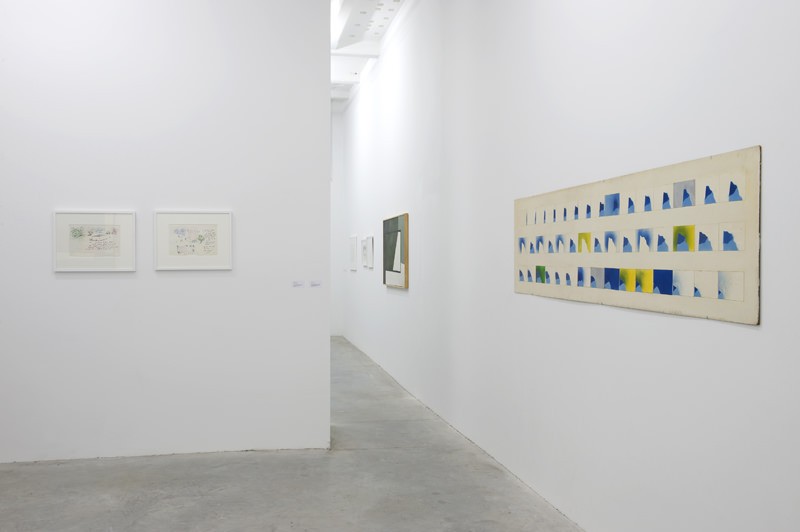 This exhibition examines the relationship between Breer’s painting and his earliest films in the context of the gripping post-war period, when certain artists had the courage to break with the aesthetic and political rules of the day to assert their diverse ideas. Neo-plasticism was an idealistic art: order and stability were crucial after the trauma of World War I, and art played a fundamental role in reconstructing Western civilization. In 1952 in Paris, Robert Breer was showing at the Denise René gallery and joined the Concrete art (geometric abstraction) movement—an alternative to Social Realism and Art Informel.

Yet quickly, Breer thought the group too authoritarian: ‘In that neo-plastic period, one made ‘Absolute’ paintings. It was ‘art concret’. So I made about one ‘absolute’ painting every week, and it occurred to me that there was a contradiction in being able to make so many absolutes. So I thought that maybe the interest was, for me, in arriving at the absolute rather than being there. So I thought maybe the process was more interesting than the product. By 1955 I continued to paint and I began to introduce elements in the paintings which broke with the neo-plastic orthodoxy, because usually what we were working with then were forms which were locked to one another and it was some sort of religious heresy to have a form which floated free. It was considered a weakness in a painting if there was any suggestion of elastic space. Usually, the space had to be very concrete, very tied down to the frame, tied one to another and so forth. In my case, I introduced a floating line, quite deliberately.’ When taking a closer look, Breer’s forms seem like they want to break away from the frame and the figures appear in suspended motion. It was at the same time that Breer began to make flip books, analyzing his pictorial compositions—’Untitled’ (1950). The technique—image by image—allowed the artist to imagine a shift from painting to film.

In 1952, Breer made his first film ‘Form Phase I’. The exhibition will show the four films in the series ‘Form Phase’ (1952-54). Although the artist already introduced geometric shapes including cylinders, domes and lines into ‘Form Phase I’—which later reappear in his films as well as sculpture—it’s nonetheless possible to note an evolution across the series. By ‘Form Phase IV’ through trial and error with the medium, Breer has mastered a style and established his signature.

Nearly thirty years later Breer’s film ‘70’ poetically evokes the same simplicity of forms. Drawings from the film will be shown in the exhibition. The grain of the drawing and the framing of the scenes recall the artist’s experience in Japan at the 1970 Osaka Universal Exposition. The ‘Float’ figure constantly reappears because all forms in Breer’s work intersect. Another unusual object from the Expo invokes the world of film; ‘Mural Flip Book’ (1964) reveals the passage from inanimate object to cinematic form ‘just for the sake of reliving retinal persistence.’ For the artist, physical, human and even mundane experience trumps all other principles.

Movement, the basis of all of Breer’s work, also appears in his sculpture. The artist deems it as a kind of experience, the translation and portrayal of space when a viewer’s perception and temporality meet. Of his ‘Floats’ (motorized sculptures whose displacement is barely visible and whose path is random) Breer says he ‘didn’t want them to have animal intelligence but to behave independently.’ Always just out of range, these works test the limits of consciousness. With their constant movement, they evoke a present that is no longer, and remind that the center and the margin make a whole.

Breer has always explored the ground underneath and the connection of his floating objects to the dynamic surface. Now for the first time he is shifting his focus of attention with his new piece ‘Clouds’ (2010), which attests to the artist’s originality and inventiveness. Sculptures travel slowly in unison across the ceiling, like clouds blowing in the wind. The movement becomes space and volume as it tracks or counters the circulation of the viewer, creating a new experience.

Finally, we will show drawings by the artist of unrealized works which testify to his humanist spirit. The pieces proclaim a playful absurdity that seeks to redefine the way things are.