Our meeting with Paul Heintz took place within the framework of the 2019 edition of Emerige Revelations, in which Paul Heinz was the winner and gb agency the partner gallery. The installation presented then, Shanzhài Screens (video, objects, paintings, drawings) recounted the artist’s encounter in 2017 with Wang Shiping, a replica painter. In the backdrop, the globalised world became the setting for a private and friendly correspondence of paintings and drawings by instant messaging. The present exhibition was built from the artist’s reflection on the characters in novels that shape the collective imagination. 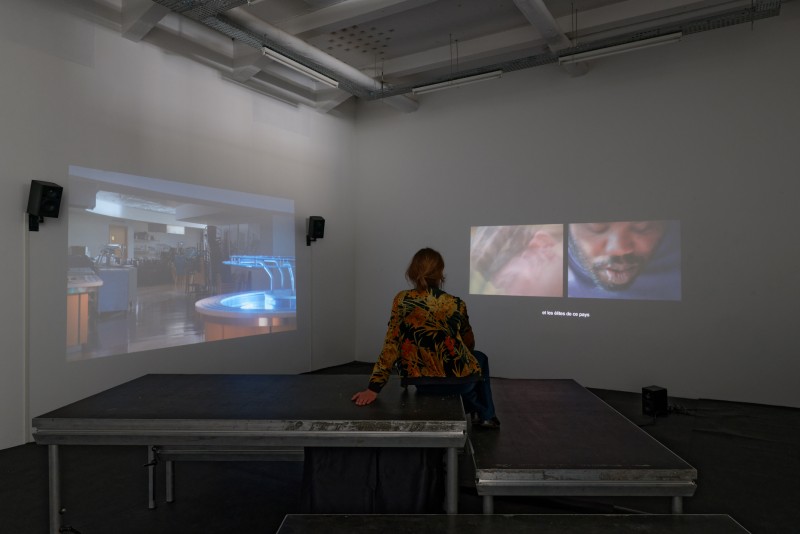 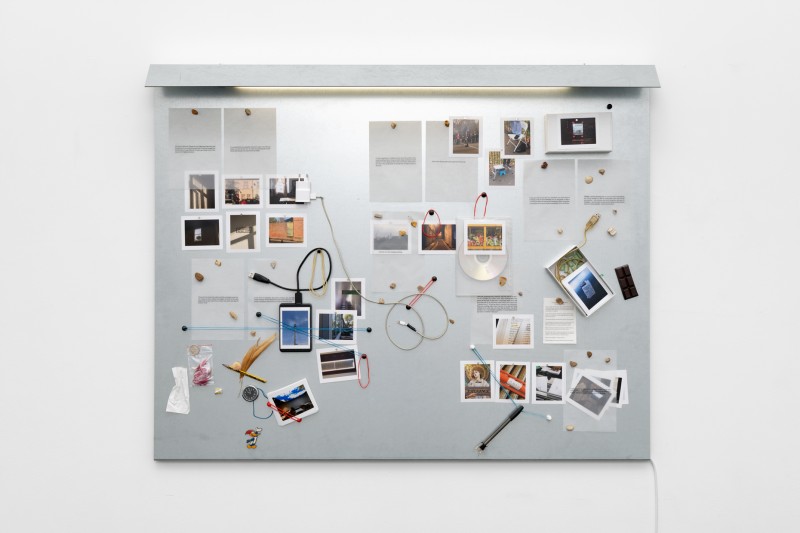 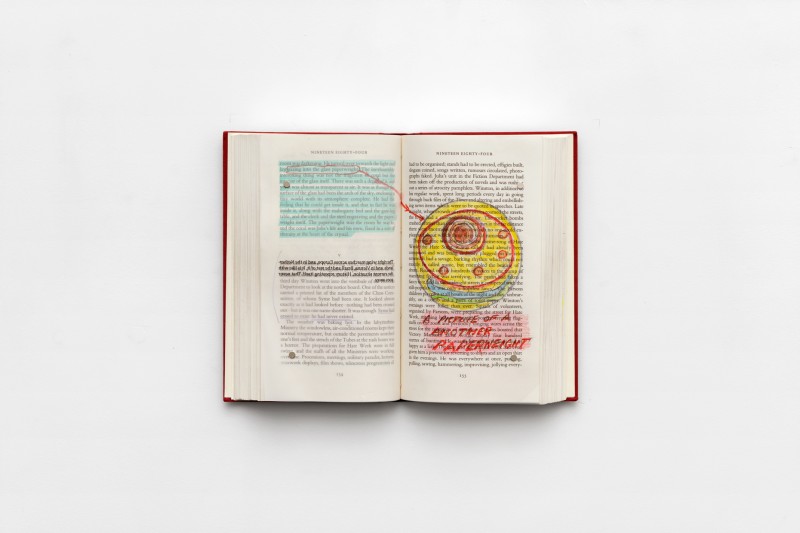 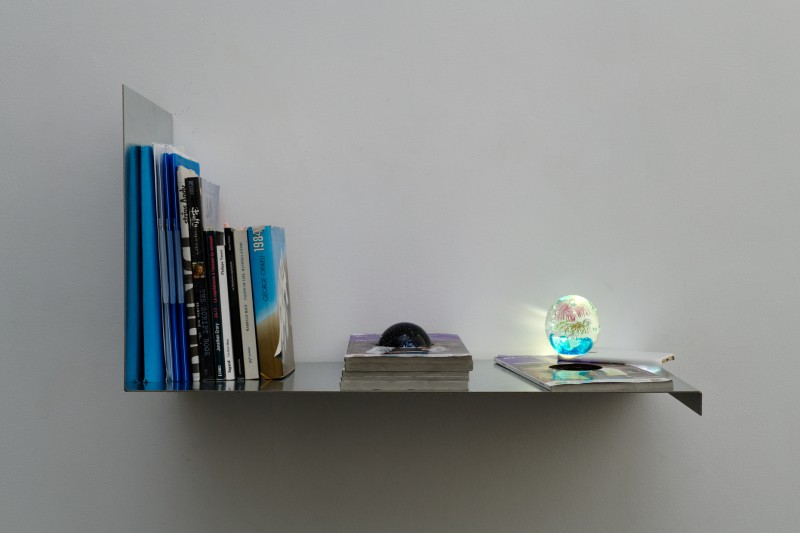 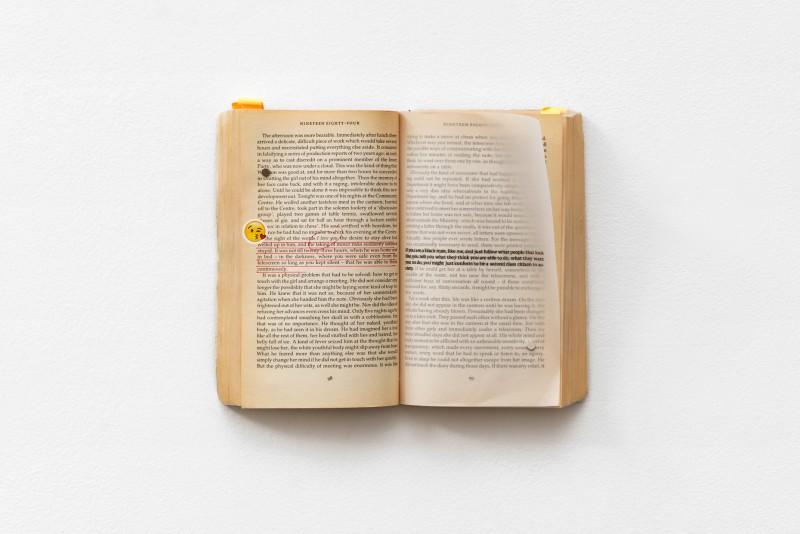 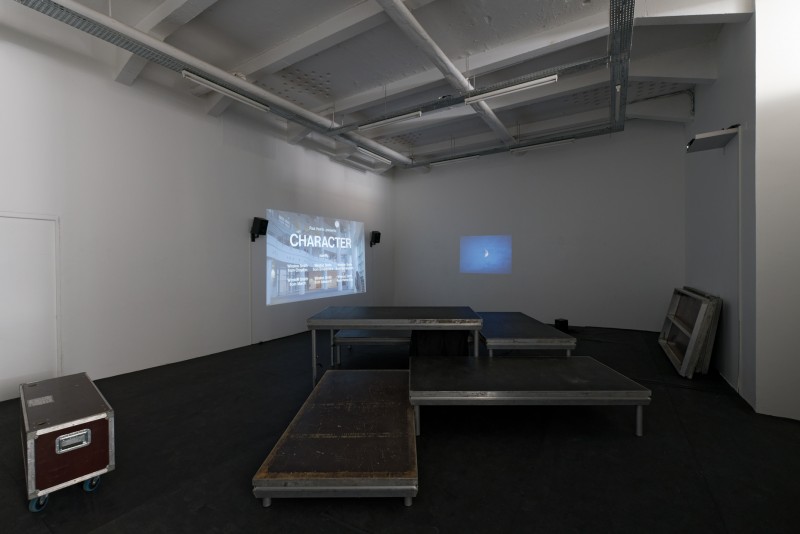 The different parts of the show respond to each other and recompose the artist’s journey, both literary and societal, in search of people bearing the name of George Orwell’s 1984 hero, Winston Smith in England. The resulting project takes various forms: a book edition, a video installation, objects and wall sculptures.
CHARACTER, the video installation, is deployed on two channels: A double super 8 projection draws portraits of men, of Winston Smiths. The grain of the film, the format of the interview, the proximity to the subject and its more sociological context speak in the language of the documentary. A video records the meeting of the Winston Smiths. Played out on a stage, it presents a lingering question: is this a theatrical act with a predetermined text or the result of spontaneous gestures and words? The shifts from literary fiction to that of the characters seen on the films, refer us back to those of the novel, their time and questions. CHARACTER is built on this tenuous movement between the individual and the collective, the private and the political.
In the hollow of the film, acting as its negative, are objects that tell their own story about the shooting, the script, the life of the characters and their links to the novel: an ubiquitous logbook, pieces of evidence from an experience, fantasised or lived, that create a film within the film. The stories reveal themselves in both realistic and unrealistic detail. These collages of pop and playful objects bring the various elements of the film back to the exhibition space, a form of mise en abyme of the subject and its construction.

CHARACTER is an attempt, both humanist and experimental, to recreate unspeakable links between beings, texts and societies.

Simultaneously to the exhibition at the gallery, an exhibition will take place at AU LIEU - expandable editions.
Paul Heintz will present an installation of heuristic works and his first publication: CHARACTER Journal.
AU LIEU - extensible editions
44 rue Bouret Paris 19th.
Exhibition open by appointment from May 22 to June 19, 2021

“I have often imagined meeting a character from a novel, wondering if he or she would fit the image, physical or psychological, that I formed after reading about them.

Then I started looking for the real-life namesakes of emblematic figures in novels, hoping to match up my projections with the reality of those who bear a name loaded with a history that is not their own.

And I fixed on Winston Smith, hero of 1984, who I thought is in line with the subjects of my own concerns: tensions between the personal and the political, fiction and the individual, and authority and social norms.

According to English telephone directories, there are at least 25 people with the same name as this character currently living in London.

So here I am, following in the footsteps of Winston Smith.”