gb agency is thrilled to present Wrong Time Paradigm, Ryan Gander’s sixth solo exhibition at the gallery, featuring new works inspired by the artist’s reduced geographical mobility over the last year and anchored in his philosophical and semiotic explorations around time. 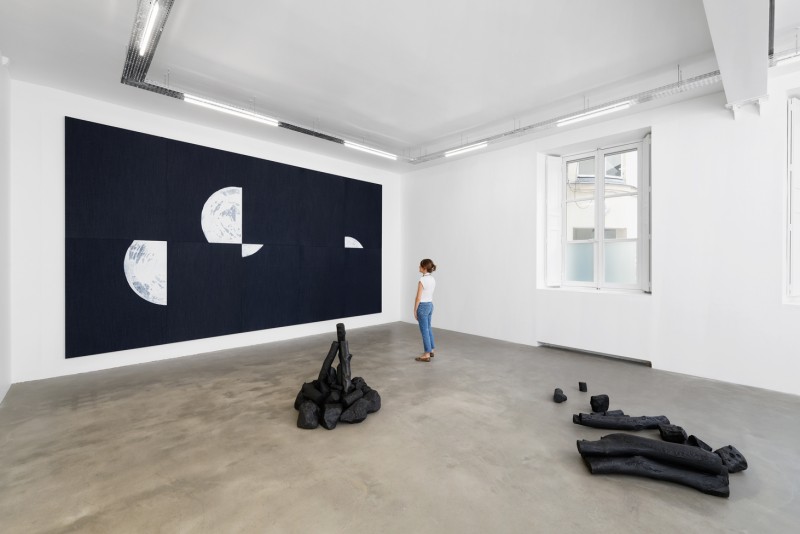 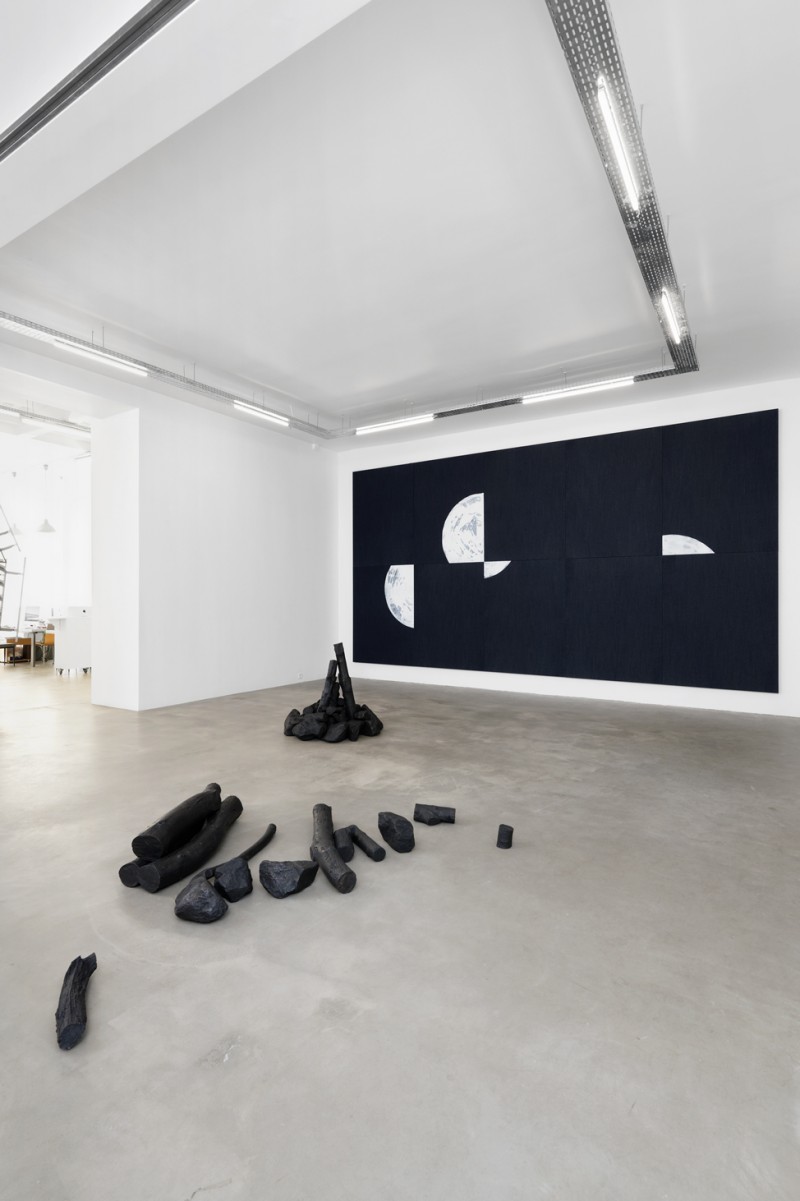 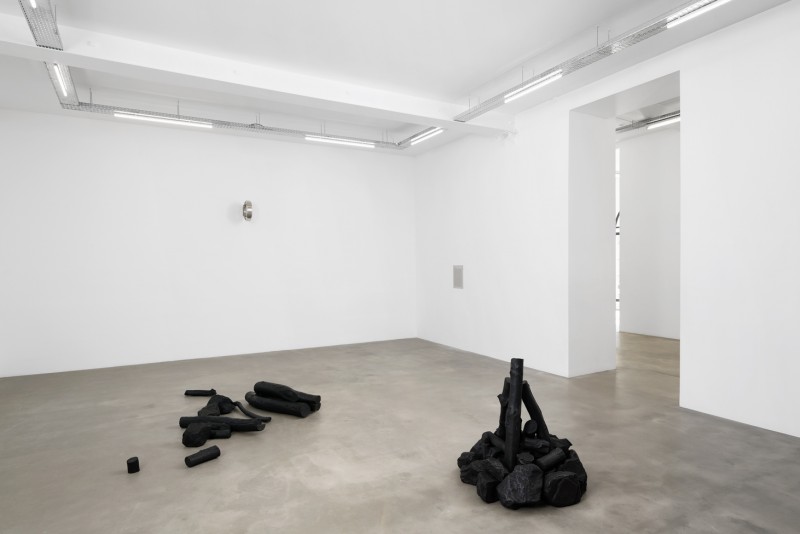 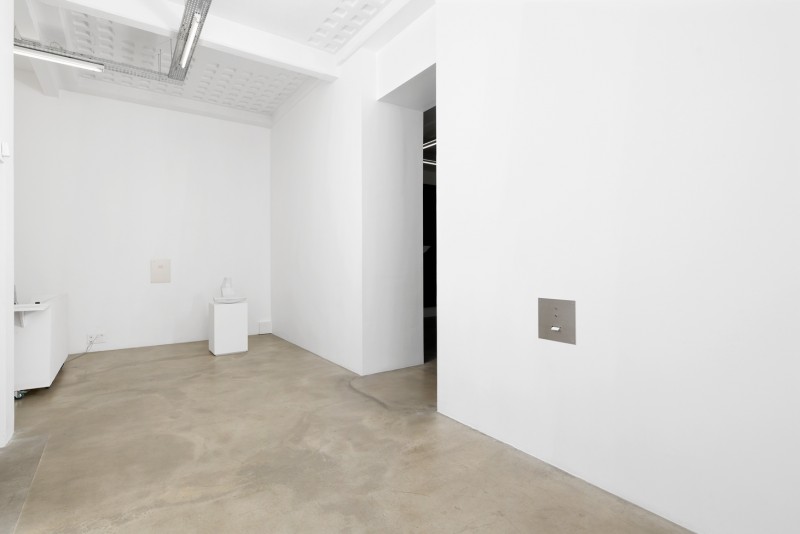 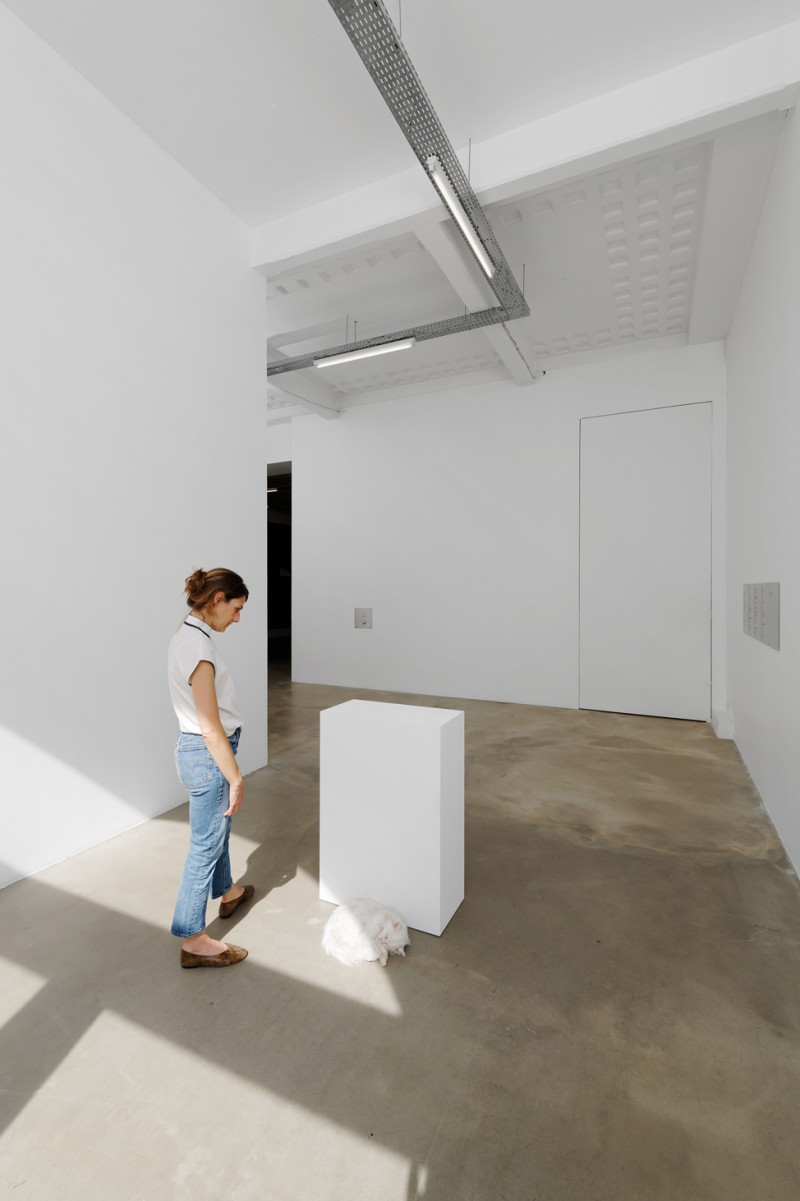 The titles of the presented works are revealing, illustrative both of Gander’s practice and our shared human experiences during recent months. For instance, in Fractured Natural Sign (Some stood silently mesmerised by the moon, while others were incensed to make signs), 2021 we can imagine the moment when, after contemplating full moon after full moon, Gander was moved to transform isolation into raw material.

In the artist’s words, “we live in the middle of nowhere really, in the countryside close to the coast. During the last year there was a drought of inspiration. There is nothing out here at night but the moon and the fire, and although it was hard to navigate working with these two such cliché and overly sensationalised signifiers, there was something in the excess of time and the endless silence that drew me to them. Something weirdly primal and existential. I couldn’t get prehistory out of my head. Images of how the world would have looked without language, that arrived with the invention of fire, consumed me.When I stared at the moon each night I was overcome by the the idea that ancient civilisations based on notions of balance and stasis would be the only way forward for us.”

Back in the gallery, the moon that once mesmerised appears immense, but fragmented and rearranged, creating a composition in which the romantic nightscape has been recreated using ordinary objects (a trash can from the artist’ studio, among other everyday objects that become tools), and rearranged into an abstract composition that seems to have suffered from a digital glitch, a tiny error with colossal consequences.

At the center of the room, elements of wood and stone suggest a fire, built each time by the curator, seemingly waiting to be lit. However, the blackness of the logs suggest they have burned before while magically retaining their original shape. Fire played a central role in human evolution by what is known as the ‘colonisation of time’, a notion around which the presented works gravitate.

On the other side of the gallery, what at first glance appears to be a wall clock, reveals the discrepancy at the center of our current paradigm crisis. In the sculpture Chronos Kairos 14.58, 2021 two clocks clash, symbolising with the visual cacophony they produce, the discordance between the measurement of time that in western societies (Chronos) we have imposed on natural rhythms or our instinctive readiness (Kairos), with ruinous consequences for all of nature, including humanity.

Time is at the center of a show in which both beginnings and ends are expressed in sculptures, paintings and breathing installations, suspended in an undetermined space where the future is an open possibility yet to be ignited.