Books, considered as moving objects, tools of transmission and circulation of information, but also the activity that they underlie, reading, as a constant process of construction, deconstruction and reconstruction of stories and meanings, lie at the core of Yann Sérandour’s artistic practice.

Extended to art history - from the works which build it to the books which transmit it, with a predilection for the conceptual proposals of the 1970’s - the act of reading (and re-reading) determines his work. Indeed, Sérandour’s works appear as a series of gestures or operations of infiltration and displacement, based on already existing materials such as objects, books or artworks, prolonging and reactivating their stakes and meanings in an unceasing modified reading. Creating spaces and allowing new means of circulation of a pre-existent matter of references and signs, Yann Sérandour opens the gates of an already written art history: “the fact of producing works which penetrate among the books brings me to work in the interstices and the margins of a culturally saturated environment, while looking for vacant spaces. The book, the library are leafed and interstitial spaces.” Far from being mere comments or erudite quotations, the works of Yann Sérandour approach the concepts of exchange and circulation of works and ideas, questioning the moving borders between the place and the roles of the author, the reader or the spectator. 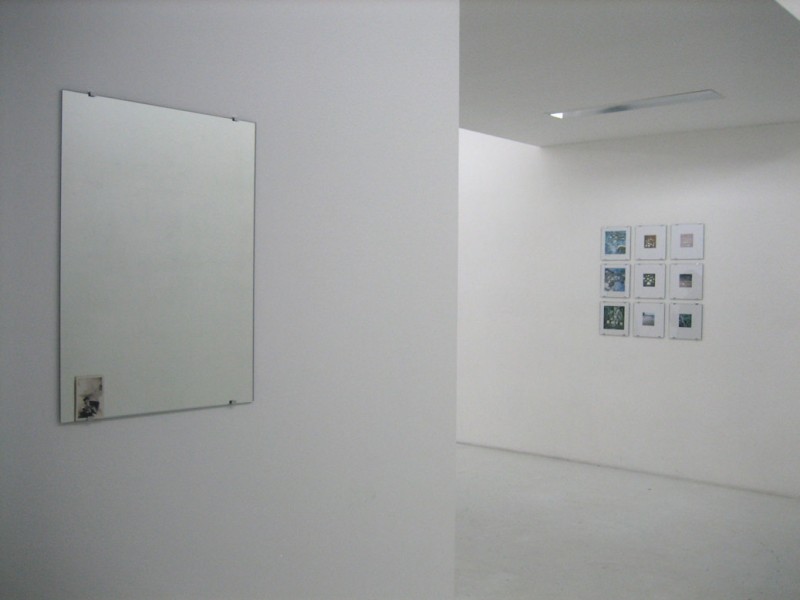 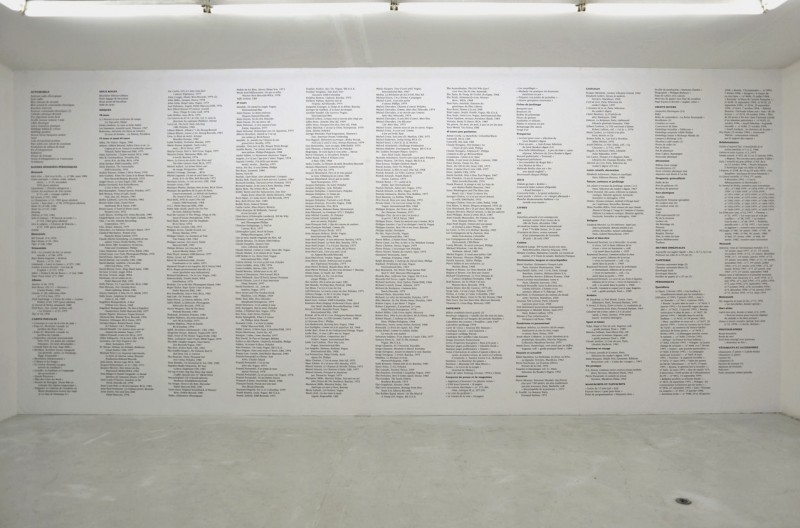 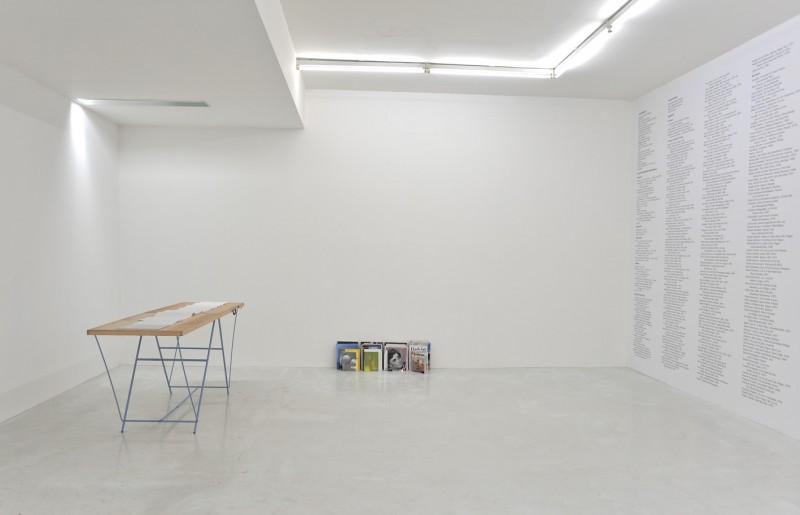 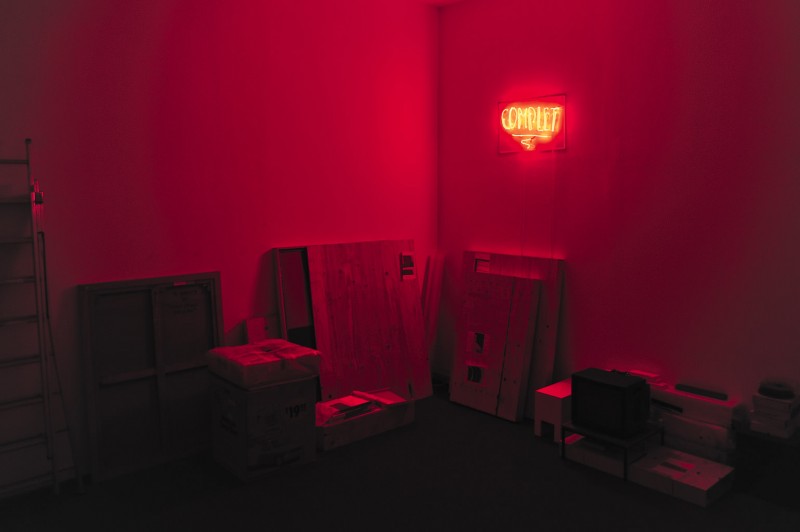 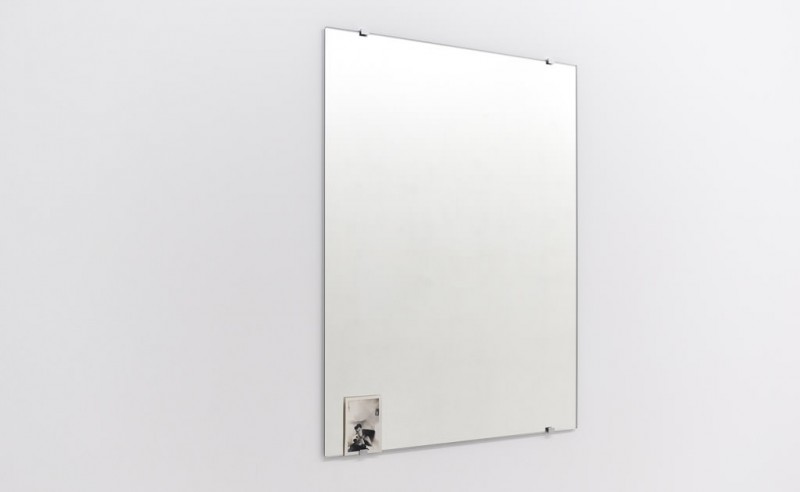 Yann Sérandour
Portrait of a Young Man Reading a Magazine for Men, 2008 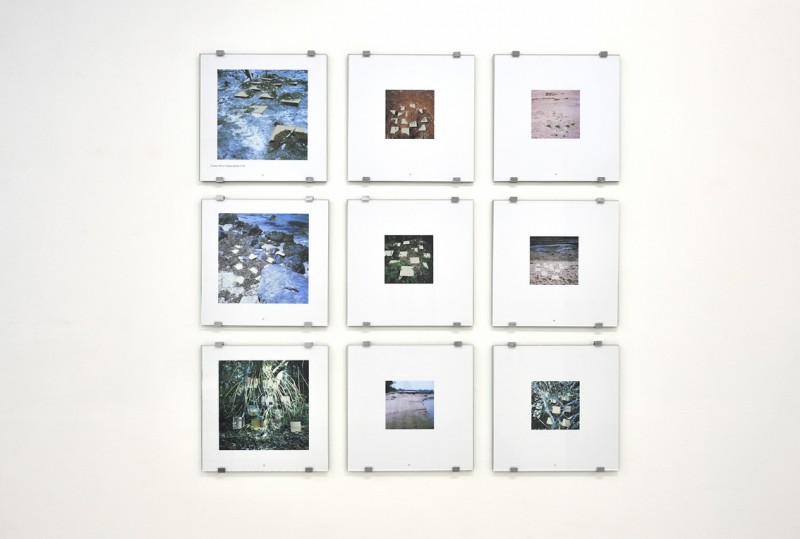 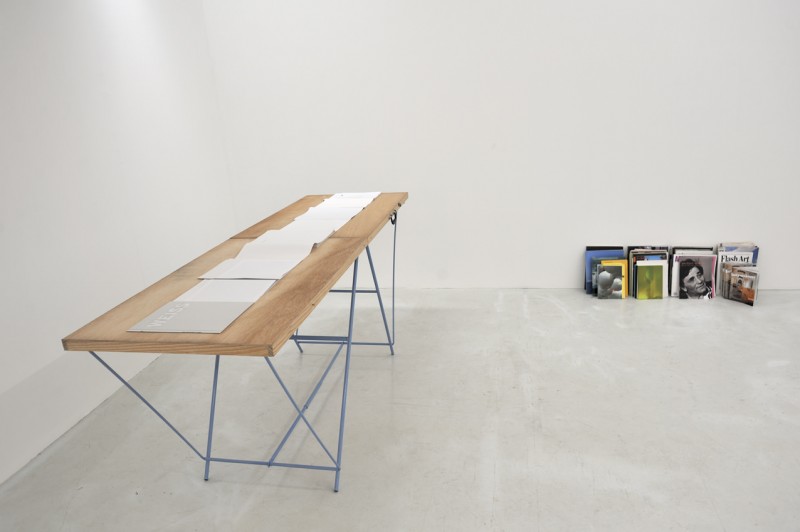 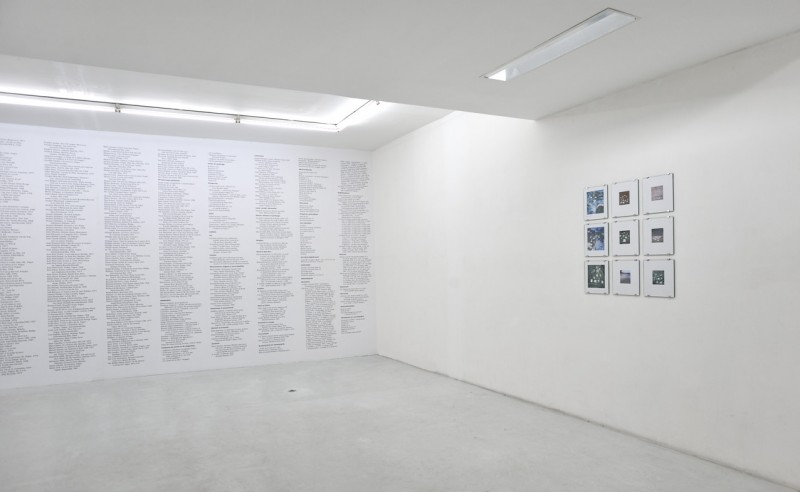 Portrait of a Young Man Reading a Magazine for Men is a found photograph dating from the 30’s hung on the edge of a mirror which comes to join the immediate reflection of the spectator. It can be perceived as a self-portrait of the artist by procuration, where the glances of the artist and the spectator cross through a common activity: reading. Introduced by this temporal short-circuit, the exhibition “Weiss” [means white in German] opens on the idea of a constant prolongation of past stories and images in our present time, which characterizes the works presented in the exhibition and the practice of Yann Sérandour in general.

After having proceeded to a “weeding” operation of the publications stored by the gallery (consisting in the removal of a certain number of books constitutive of a library), Yann Sérandour took the virgin pages (or the ones including a prevailing white space) which these books contained.

These books partially emptied of the vacuum they contained are presented on the floor against a wall and symbolize to some extent, the excess of information contained in the physical space of the gallery, and more broadly, the surplus of information circulating in the art world and in all the domains of our society. Joined together under the cover of one of these publications, entitled Weiss, the recovered pages have been connected, in the form of a leporello, like the very informed matrix of a catalogue of an improbable exhibition.

In visual relation to this work, a wallpaper, entitled Full-Up lists all the objects gathered for the reconstitution of “Full-up” by Arman during the exhibition “Hors Limite” at the Pompidou Center in 1994 (initially realized in 1960 at the Iris Clert Gallery in Paris). Classified according to a typology defined by the artist, this inventory prolongs a preceding exhibition at the Museum of the Object in Blois - the current place of conservation of this reconstitution - in which Yann Sérandour had emptied the contents of “Full-up” and exhibited all the objects it contains.

The Yucatan Mirror Displacements (1-9) series includes nine cuttings based on the work Yucatan Mirror Displacements made by Robert Smithson in 1969 in Mexico. Based on reproductions of the photographs of this work in a catalogue about the work of Smithson, mirrors - originally placed and photographed by Smithson in nine different landscapes - have been cut out. The empty spots have left the place for actual mirrors which are inserted in background. By bringing up to date the past contained in (the reproductions of) the work of Smithson at each new discovery of the work by the visitor, Yann Sérandour creates an encounter and a dialogue between two temporalities.

In the second room of the gallery used for a few months as a place of showroom and storage, Yann Sérandour has selected works by other artists represented by gb agency particularly echoing his exhibition. He also displayed some of his own works (in particular “Complete”, 2007 and “Interview with a Cat”, 2008). They are presented within the current display, thus infiltrating the activity of the gallery.