Works appear in the space as elements of a peculiar archeology. Objects of the everyday - typically coming from domestic settings close to the artist’s context - have been disjointed, turned inside out, upside down or irrevocably dismantled. Their insides appear now geometrically complex, almost cosmic, their initial functions as handrails or wardrobes barely recognisable in the resulting sculptures. The expedition proposed by the artist turns paradoxical as we explore the gallery space, as it seems to dwell more on a close observation of the present than in a reverie of the future, like encountering the debris of a time simultaneously distant but already obsolete. 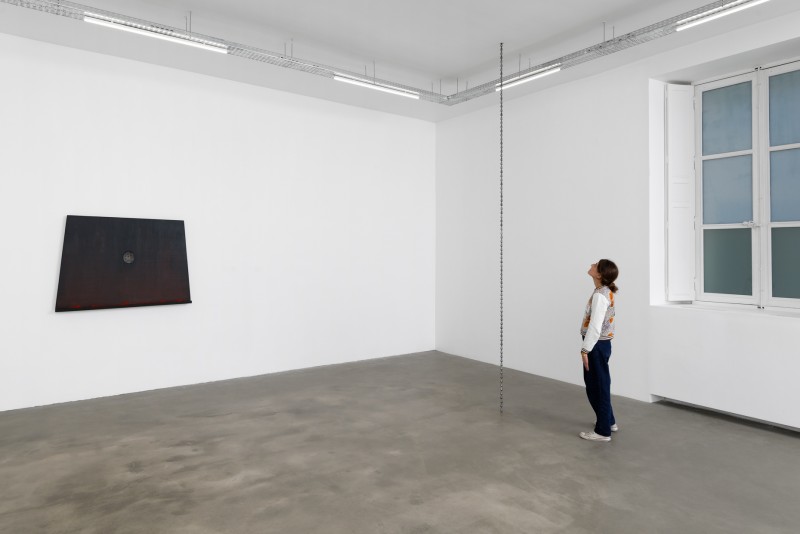 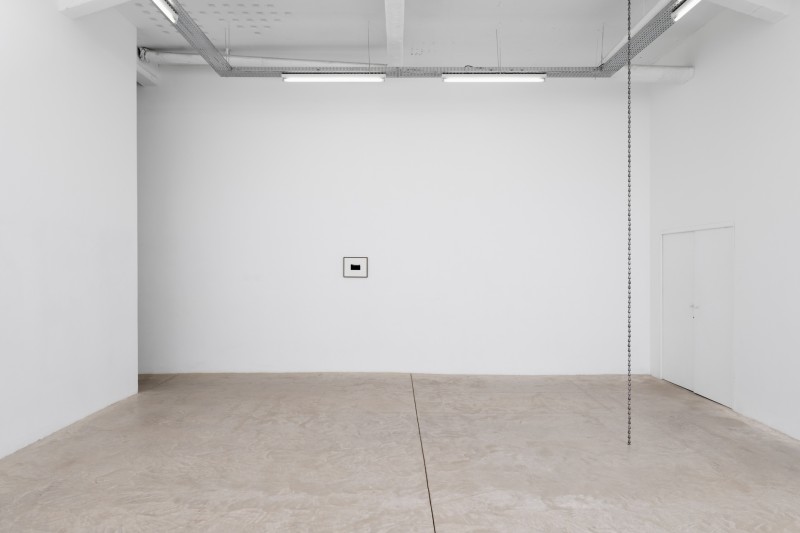 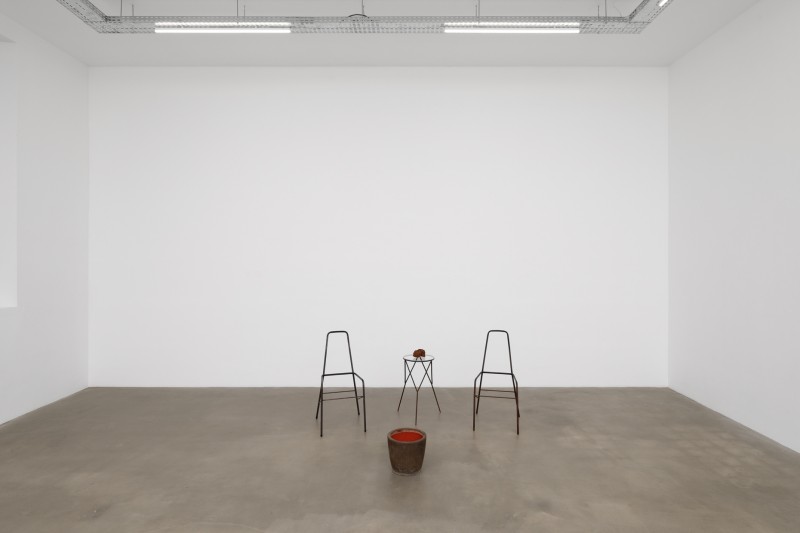 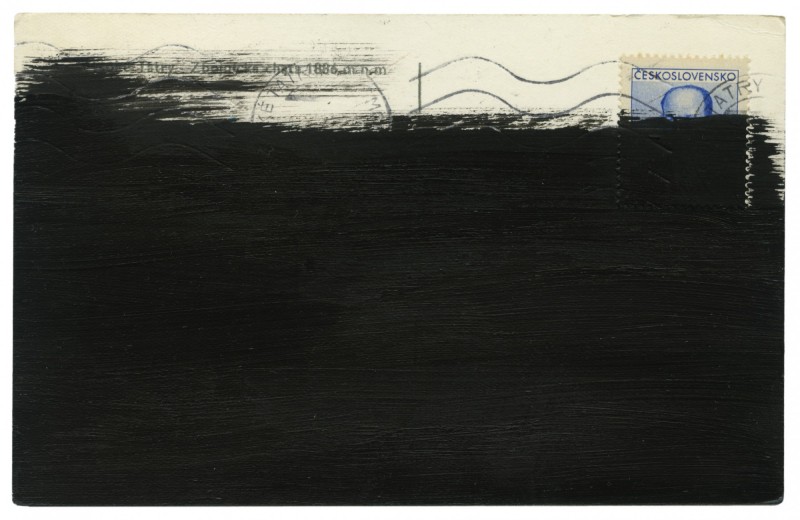 As if referencing the Vermillion Sands of Ballardian literature, red dust covering the top of a plant pot evokes powerfully the image of a planet, more precisely, the surface of Mars, vivid in our imaginations through its multiple expressions in popular culture and a recent space race that seems oblivious to our most critical problems on the planet Earth. Throughout the exhibition, titles seem to act as code words, or perhaps, episodes: Message, Infinity, Life on Mars, Anarchy, Solar System, Dystopia. In the Message series, the words written in postcards from the past have been bluntly covered with black paint. While the specificity of their messages has been erased, the works are loaded with the history inherent in the paper and every single trace of humanity these objects hold.

Humanity is indeed the center of gravity of an exhibition that deceivingly looks at the most faraway through the most common and humble of objects, one that turns our eyes towards the universe in order to call our attention subtly, but powerfully, to humanity’s ongoing, and still unwritten journey.