gb agency presents the first exhibition by Július Koller since his passing five years ago. We think it valuable to reconsider the artist and his work from a different time and with a longer view. This approach has given us an opportunity to discover newly revealed aspects of the work. Deliberations about the artist and the development of this exhibition have progressed thanks to the watchful eye and support of Kveta Fulierova, who shared the artist’s life and at his request has been recording him at work since 1970.

Just as the artist enjoyed it, we envision a specific environment for the exhibition: different aspects of his universe will be designed, each one labeled by an U.F.O.-textcard, a telegram or an advertisement. The viewer can thus wander through the physical space of the gallery and mentally travel through the spirit of Július, following a trail of different subjects along the way. 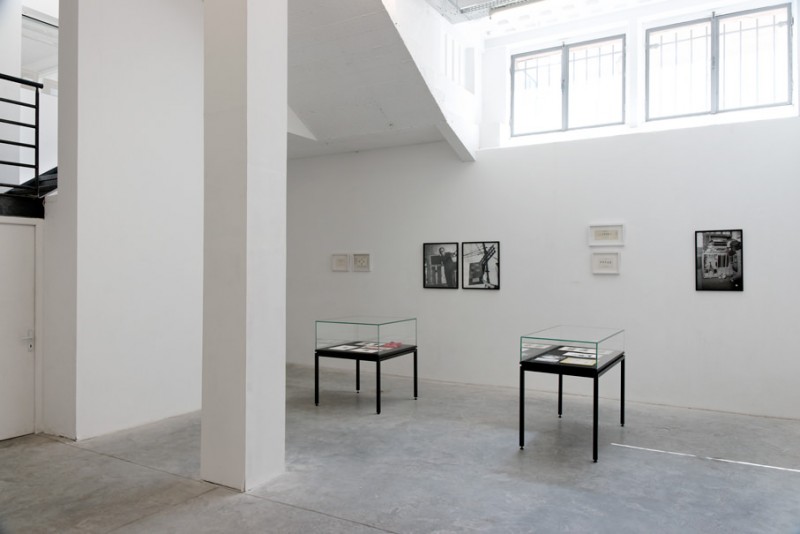 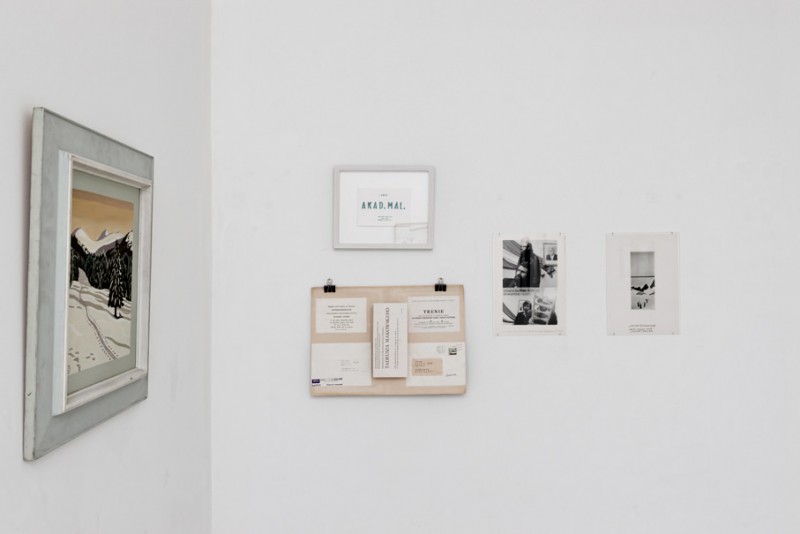 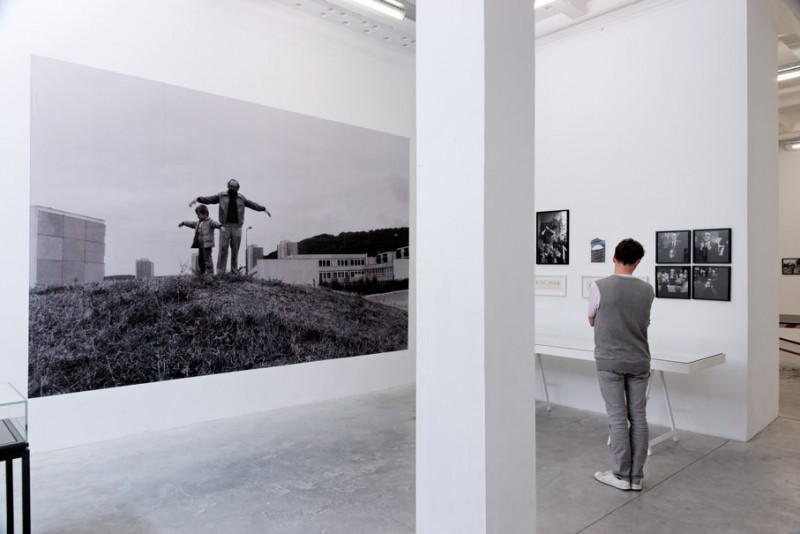 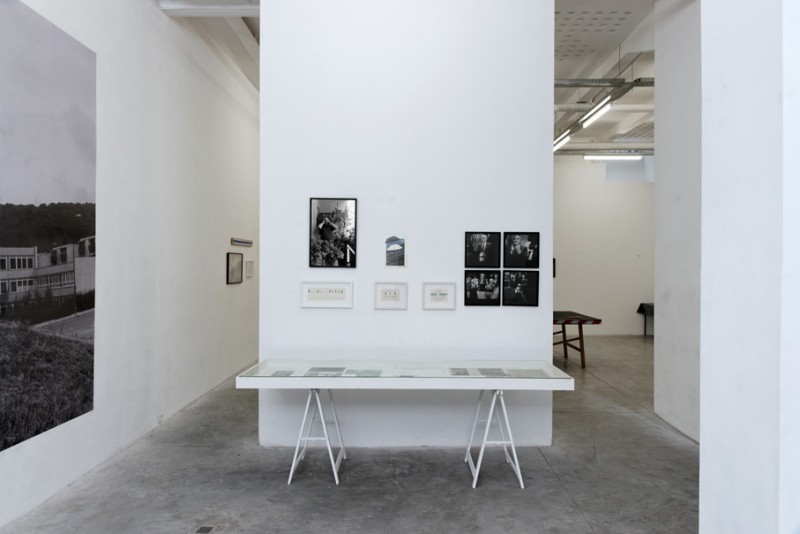 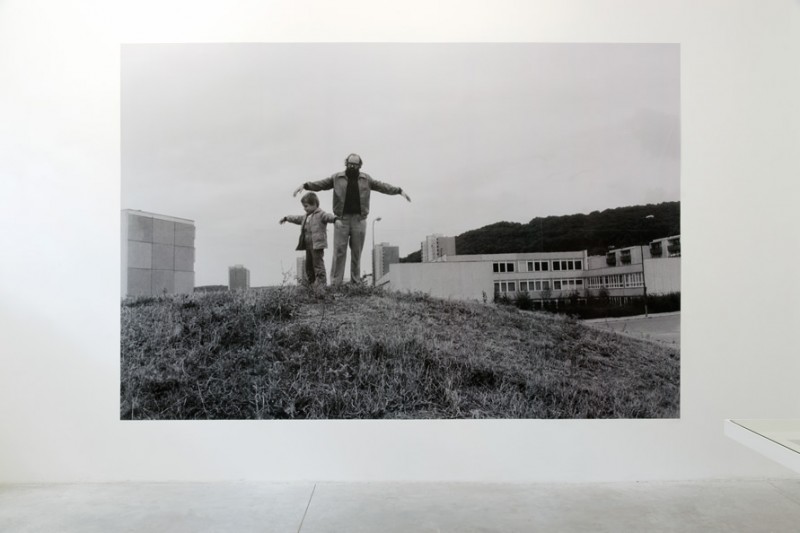 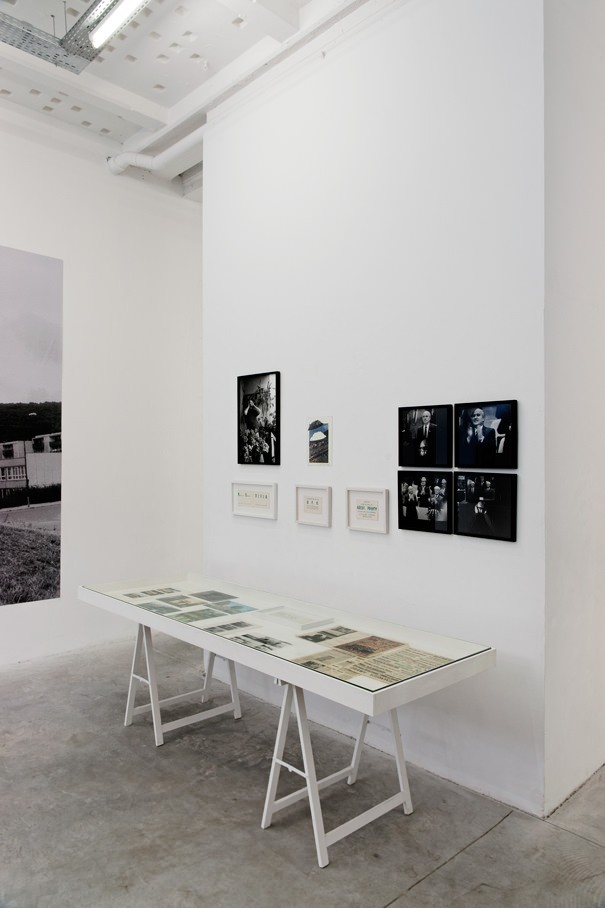 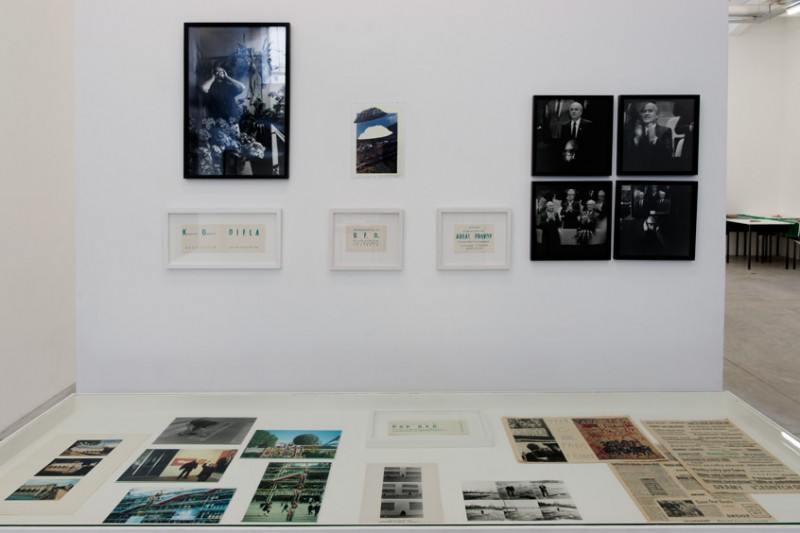 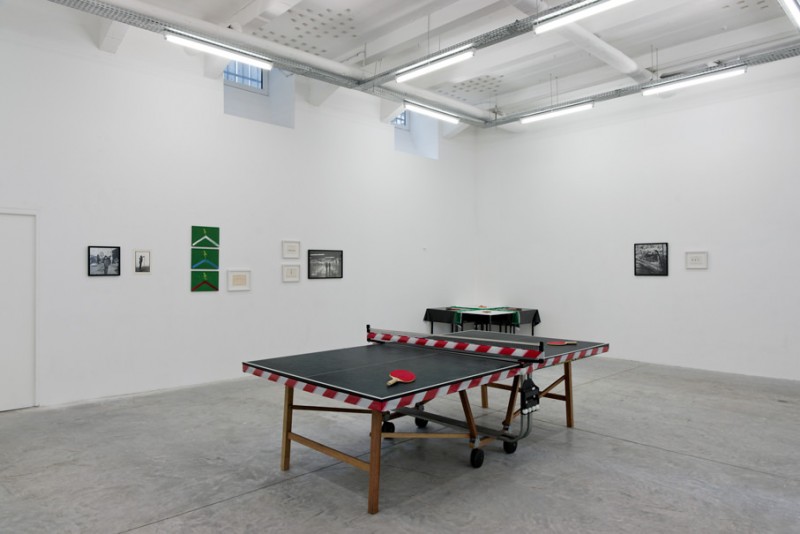 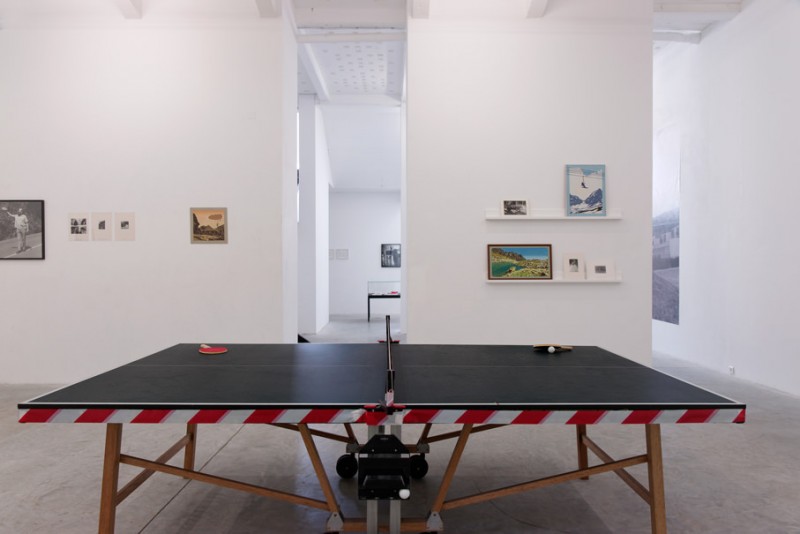 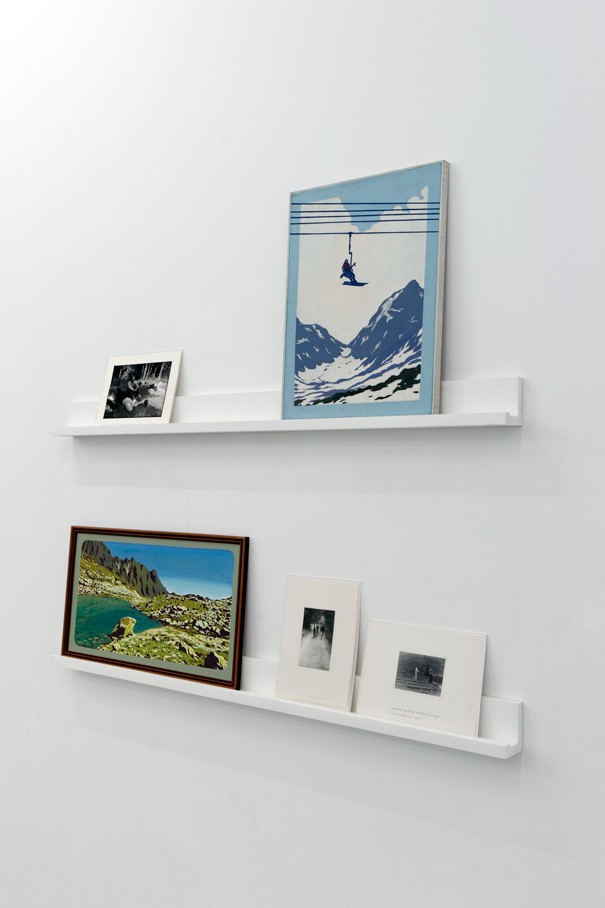 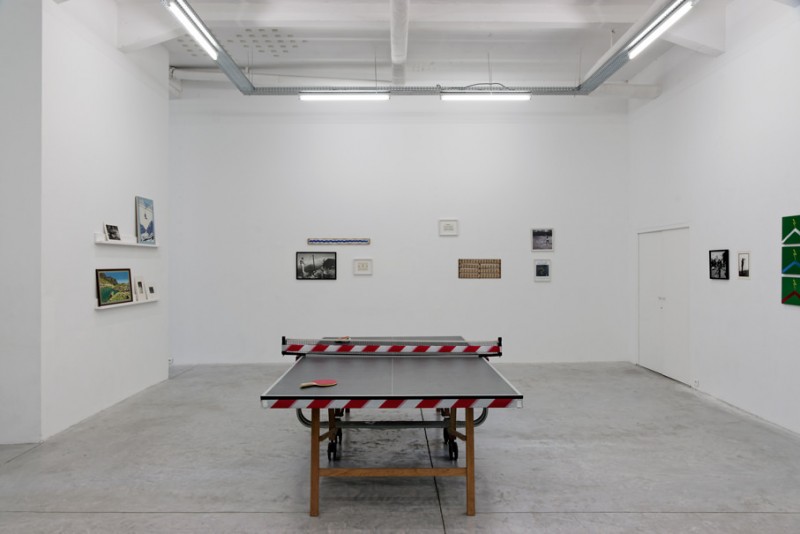 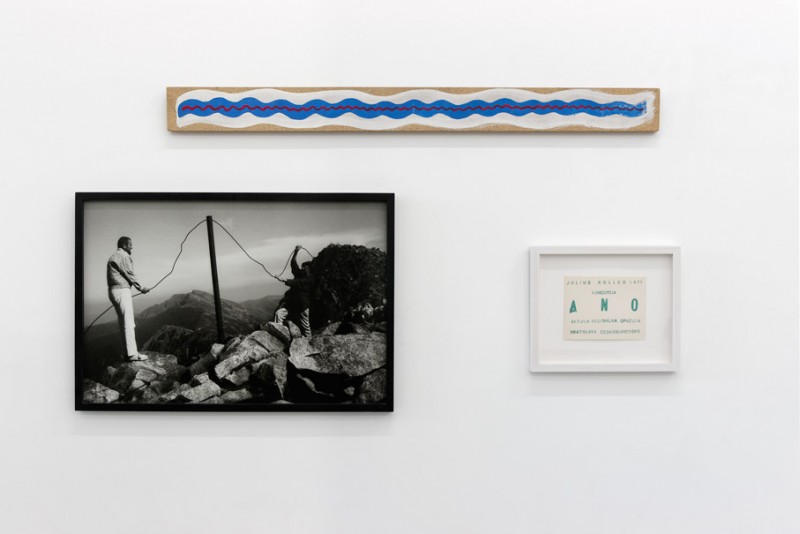 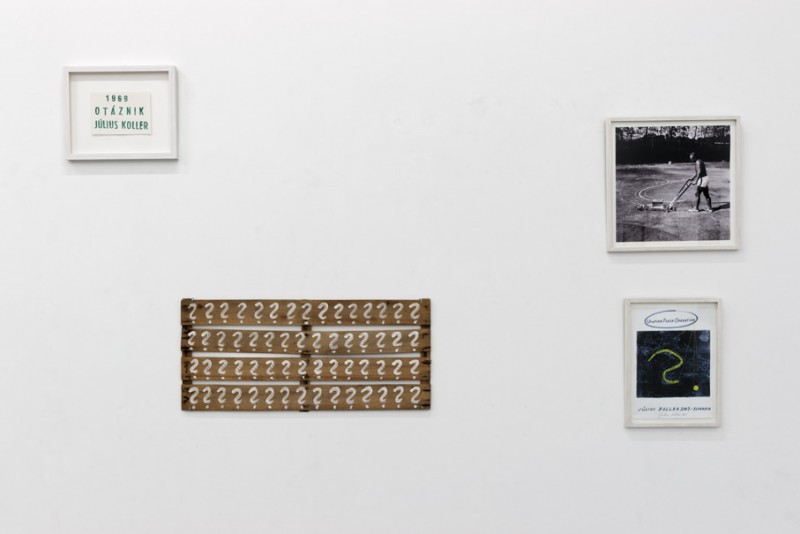 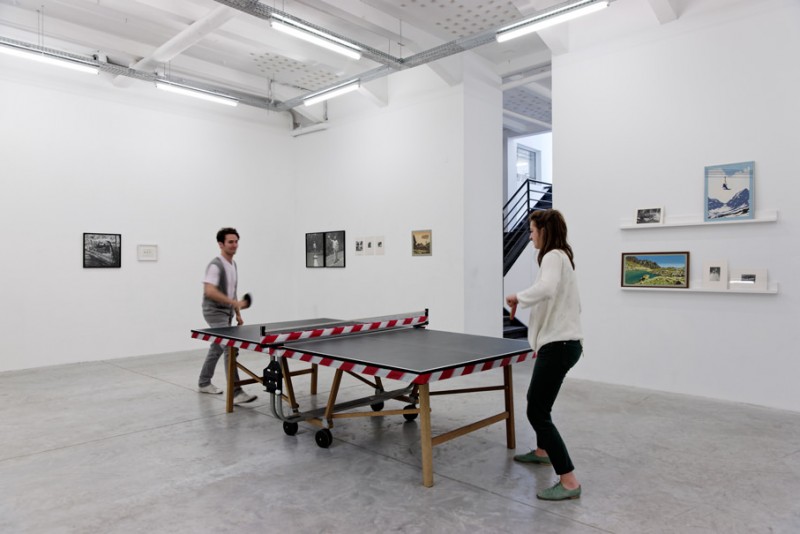 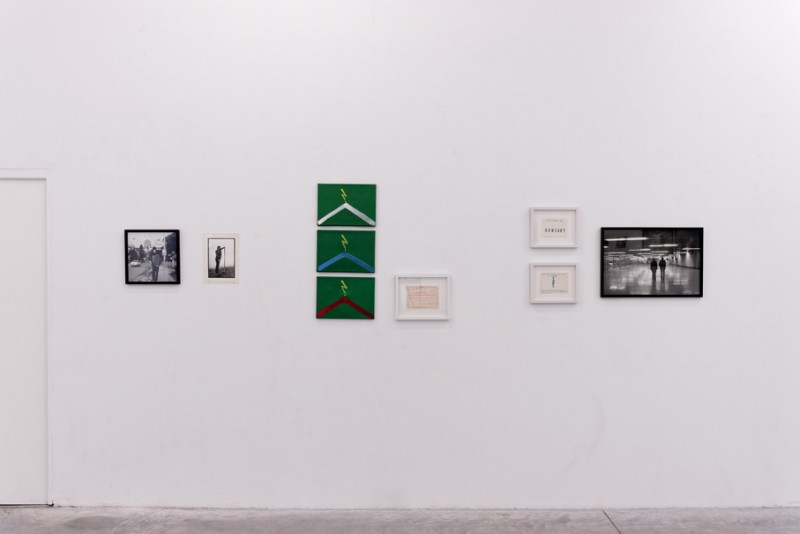 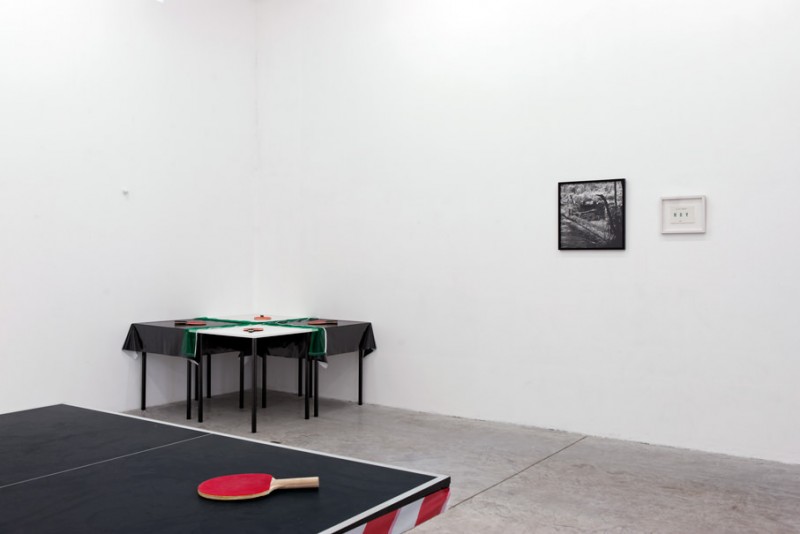 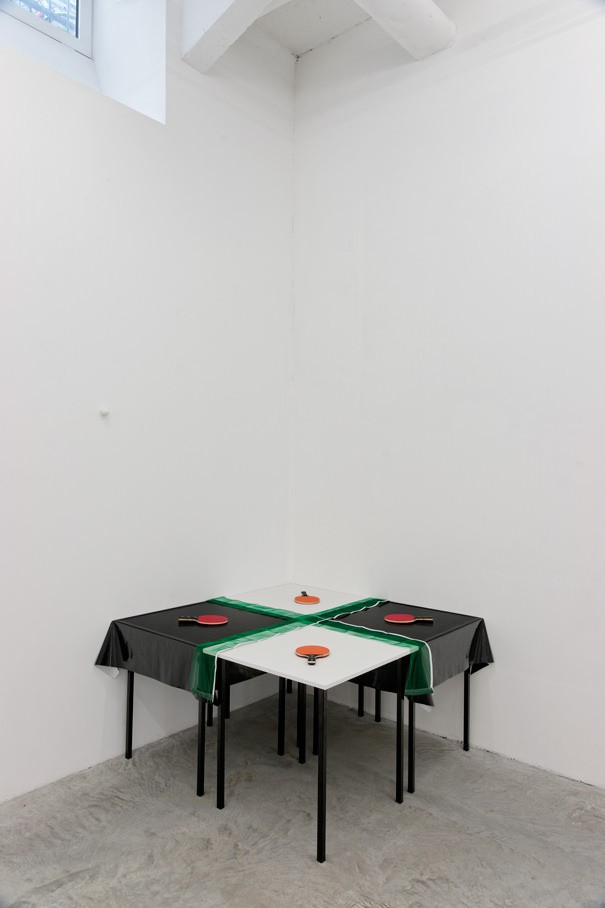 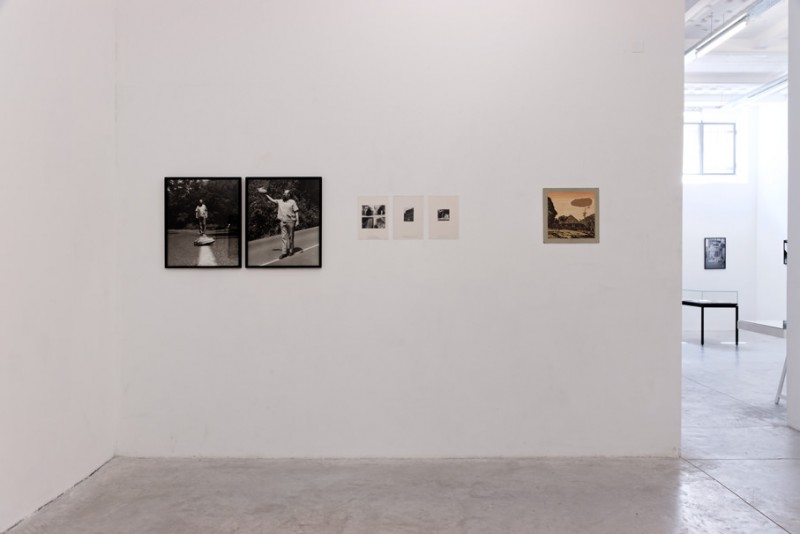 The first area, or chapter, explores the idea of the author through the reuse of images of the artist, his omnipresent signature, and his ambiguous relationship with the partner who recorded images of his work for 37 years. At times amateur painter, academic artist and political dissident, Július Koller plays down the artist’s role, and seeks his place in a society that has no place for his work.

In the same way, he examines the status of artwork itself, and considers ideas of non-work, anti-art and trash art. Koller develops forms of art based on games that allow him to go back and forth between art and life. His Anti-Happenings turn mundane events into Cultural and Subjective Situations. He seeks to create new cultural situations that aren’t new art, but rather new ways of living: a new creativity for a new humanistic culture. With his projects, actions and manifestos Koller gradually alters reality. In the face of Communist ideology, subjectivity reclaims its role with all of its poetry and discord.

In response to an often hostile environment the artist fashions his own mythology. The public arena becomes Koller’s preferred field of action and he transforms and marks it with U.F.O.-textcards, stamps and serigraphs. Little by little his ideas are introduced through subtle wordplay. Using postcards from real trips or collages from fictional ones, or during his psychological deviations, the artist invades public space which becomes the stage for his imaginary sketches and ordinary performances.

This occupation of space also takes place temporally. Koller creates discontinuities and anachronisms: he frames, jumpcuts, takes apart and puts back together parallel moments. Separating the past and remaking the future is his way of resisting totalitarianism. In the work itself, science and tradition mix, knowledge and belief go side by side, and archaeology looks like science fiction. Július Koller confronts the complex Soviet notion of history by infusing his work with a cosmic dimension, creating a different future out of the contradiction between utopia and real life.

The idea of the future and for something better has been redirected to different realms. That passion for the mystery of the cosmos is also a sign of the end of hope for a Czech socialist alternative. The work always includes this strangeness, as if to remind us that it’s up to us to see things differently.

With Július Koller, the world is moving and in flux, and his work is built on the permanent exchange between observation and action in the face of such instability. He declares his skepticism by punctuating the public space with his own question marks and we don’t know whether the artist is leaving clues or sending signals. The character invents its own interlocutors—people met at a performance, or extra-terrestrials to whom he is sending playful and illusory signs in a show without audience.

All of Koller’s work can be seen as a means to create relationships in order to communicate. Thus the artist has created big countryside gatherings of friends, The Slovakian Paradise, and invented fictional galleries for a group of friends. He has also defined and established The Ping Pong Club and made an invitation to play, with or without the artist. Games with their rules and good sportsmanship also make it possible to create a form of communication and interaction. Such a place symbolizes Koller’s wish for citizenship in a democratic world. Ping pong tables reappear in later installations, returning to this idea.

Július Koller intensely awaits a world he is remaking, one he has reedited to make more humane. A series of marked-up, stamped and transformed newspaper clippings bring this idea forward, as if the artist, a spectator in isolation, had built a new world.