« I want to be apolitical. Unsocial. The commonest. I wish that my work has been daft, as well as pretty. Pretty, but also ugly. Frail and helpless. Almost negligible gestures. I want to be embarrassing and proud at the same time. Weak, but with my head held high. Not to be against anything, but to be inviolable. Not to waste forces ».
Jiri Kovanda

A Fresh Breeze: thus has Jiri Kovanda named his new exhibition at gb agency. A fresh breeze - invisible and multidirectional - a potential metaphor for the free flow of an artistic endeavor beyond the reach of fashion yet in constant reinvention over the years. 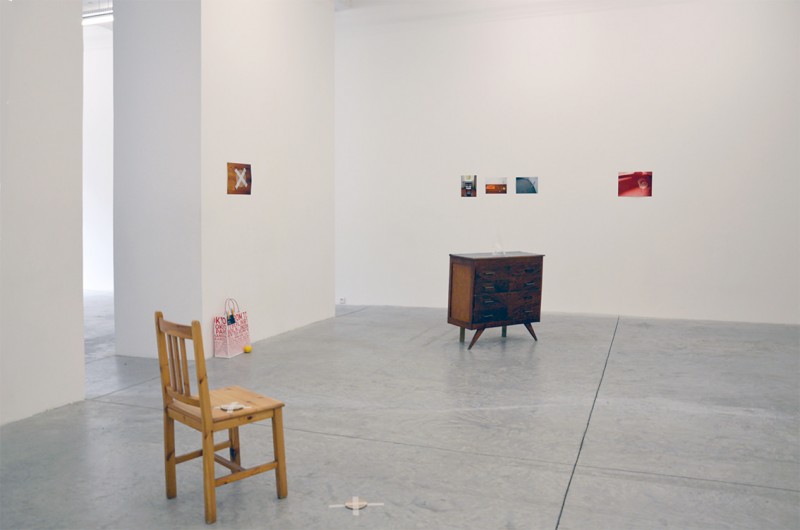 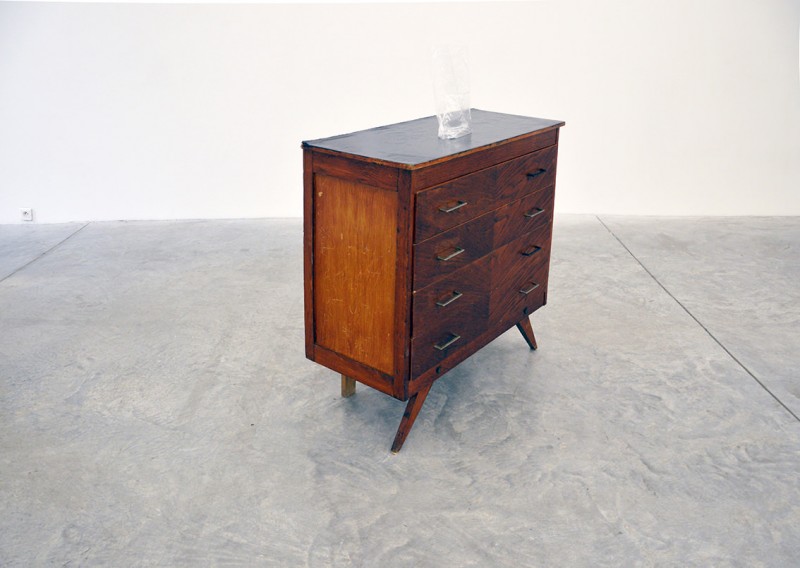 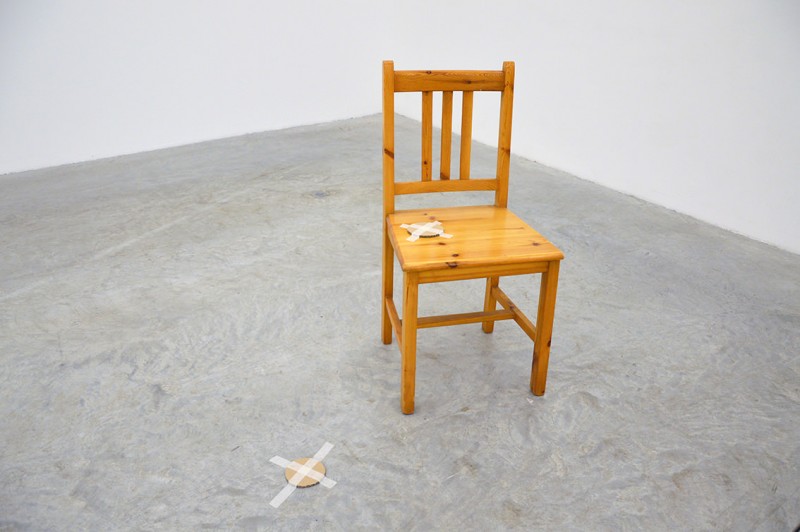 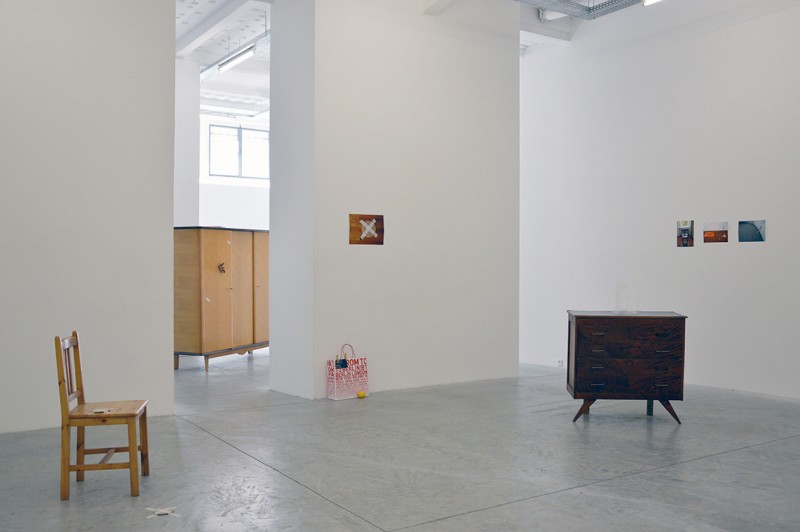 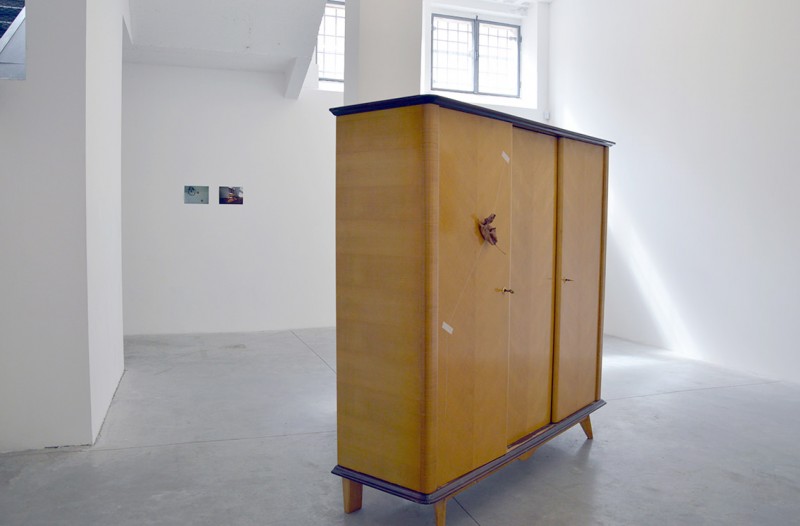 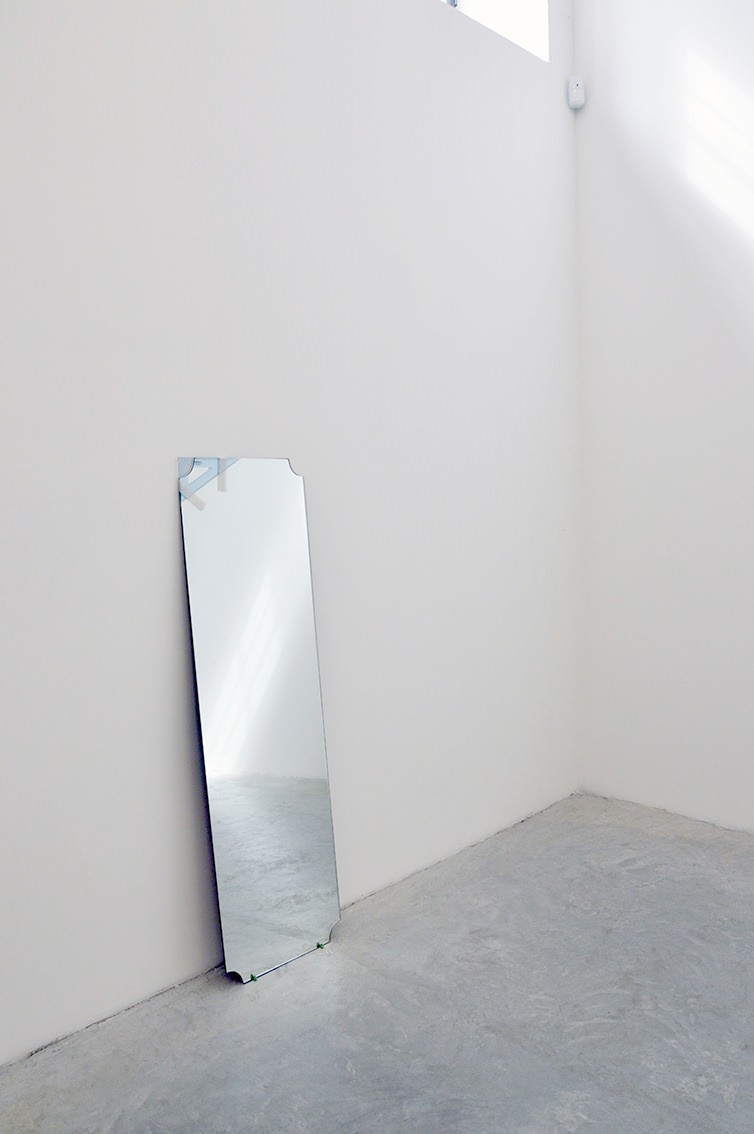 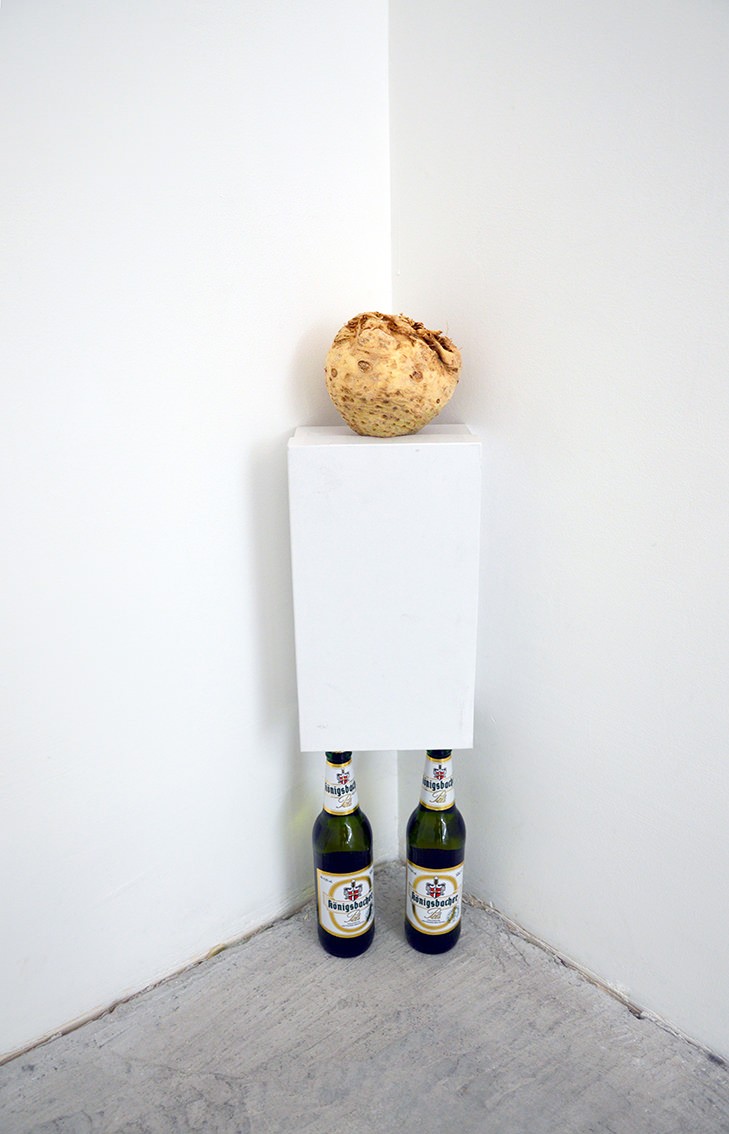 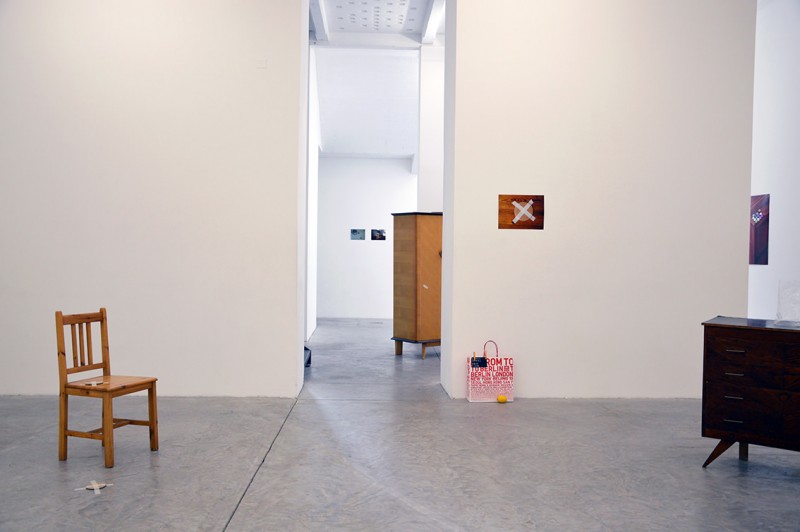 From the streets of Prague where the artist staged discrete actions and interventions in the 1970s to ephemeral sculptures which he elaborates and photographs in his own apartment today, by way of drawing, painting, collage and assemblage which he’s done since the 1980s, Jiri Kovanda pursues a practice in which the public and the intimate, the political and the poetic, the visible and the invisible, the humorous and the existential coexist and interrelate. With a remarkable economy of means, Kovanda affects small transformations through the appropriation and reuse of objects, signs and materials from his surroundings, imperceptibly altering the perception of the way things go, while simultaneously performing an inquiry into the essence of artistic gesture and its presence and flow in everyday life. In spite of the diversity of technique and style displayed over time, these displacements, these out of context reinventions triggering unexpected associations, these mostly instinctual though never accidental acts (see the artist’s notebooks filled with preparatory sketches) nonetheless offer a remarkable coherence. Evoking a kind of amateurism that calls for no specific materials or know how - similar to the casual spirit of Fluxus or certain conceptual attitudes - Kovanda dispenses with any discussion of theoretical legitimacy that might categorize him in favor of a focus on the lucidity and transparency of his works.

For this new exhibition, the artist created in his apartment what could be called interior sculptures from modest means: assemblages or arrangements of ordinary simple materials that he calls “still lifes.” Furniture, raw materials and found objects are combined to make up sculpture-collages with titles as basic and evocative as Autumn (2016) (a leaf balancing on the door of a cupboard held up by a thread taped down at both ends), Breeze (2016) (an inflated clear plastic bag on a dresser), Bathing (2016) (slices of mortadella in a bathtub) and also Cave (2016) (wads of gum stuck to the arm of an easy chair).

While apparently lighthearted, these homey miniature landscapes conceived with minimal vocabulary nonetheless evoke the traditional classifications and issues that concern sculptural and pictorial representation and as such they pose as mysteries - like Zen koans or haikus - from the artist for the viewer.

While some of the sculptures have been recreated at the gallery for the exhibition, others only endure through “non-professional” pictures taken by the artist, thus recreating the kind of non-differentiation of the passage from action and object to their documentation, comparable to interventions by Kovanda in the 1970s.

Indeed, with Kovanda everything appears to tend to the notion of equivalence among formal categories or the permeability between the status of artworks and their designation. Actions, installations and pictures of installations (posters, framed or unframed photos in small or large formats, close-ups and wide shots) recur and unfold throughout the exhibition offering multiple opportunities for sensing and filtering a similar motif, and multiple “traces” to the often imperceptible activities of the artist and his everyday life.