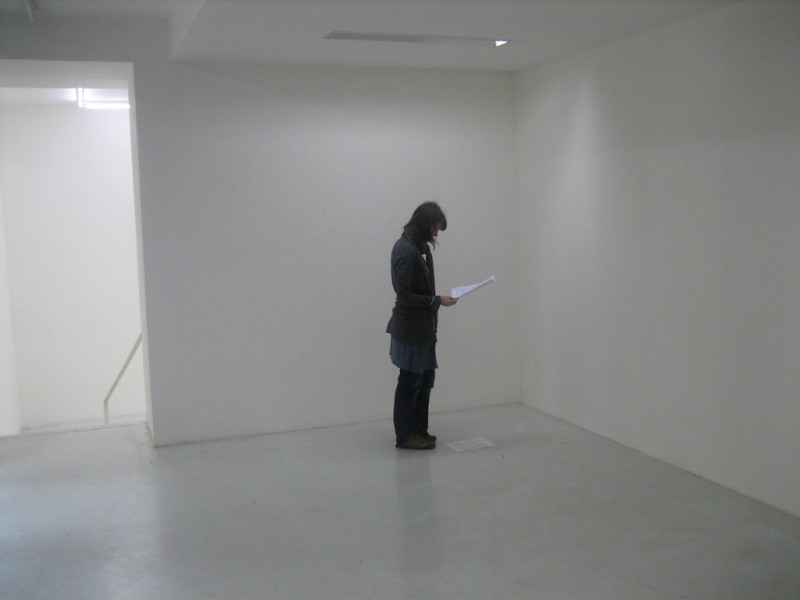 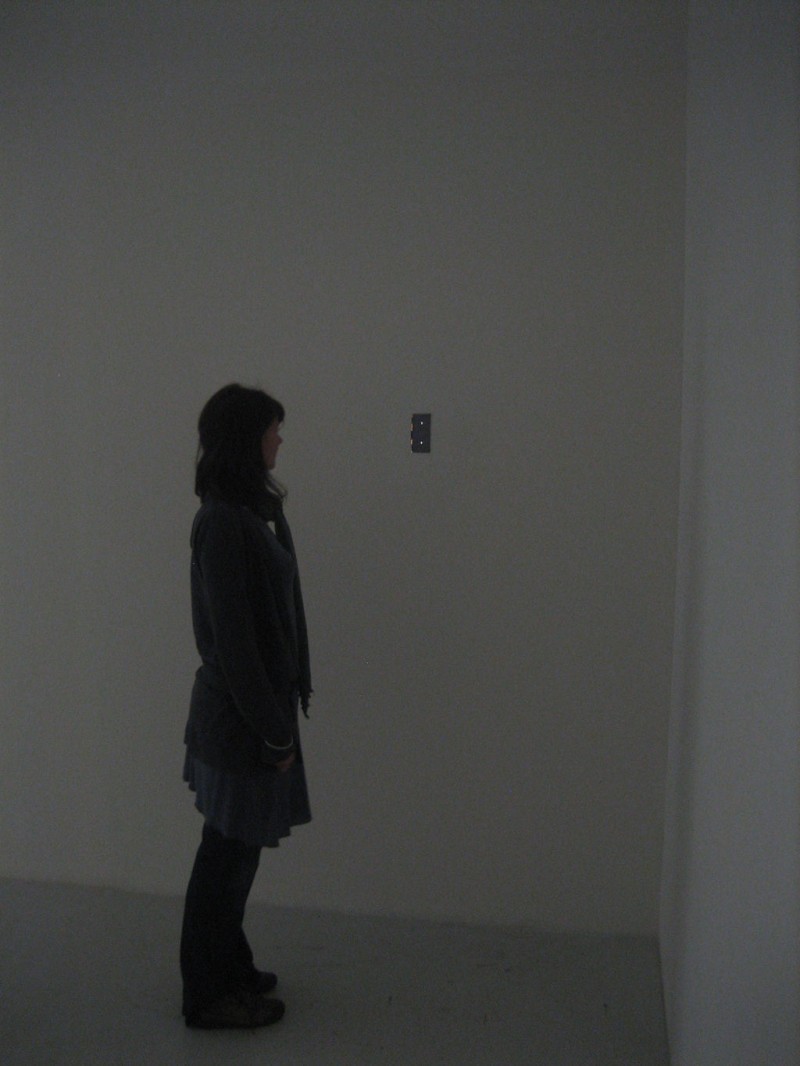 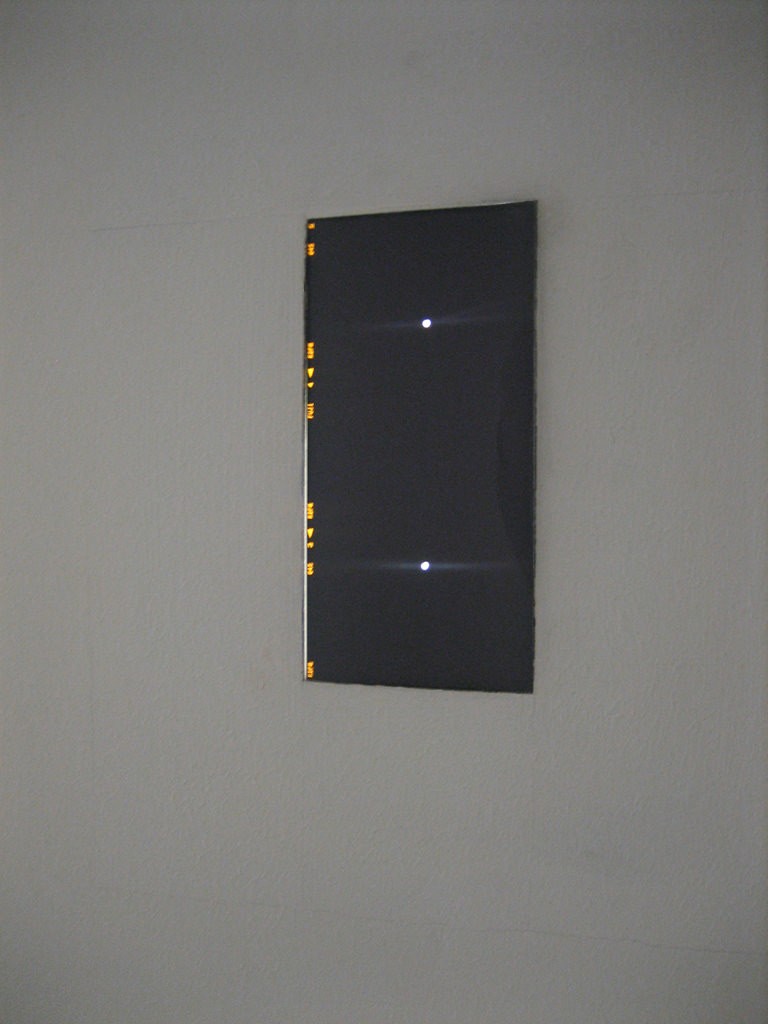 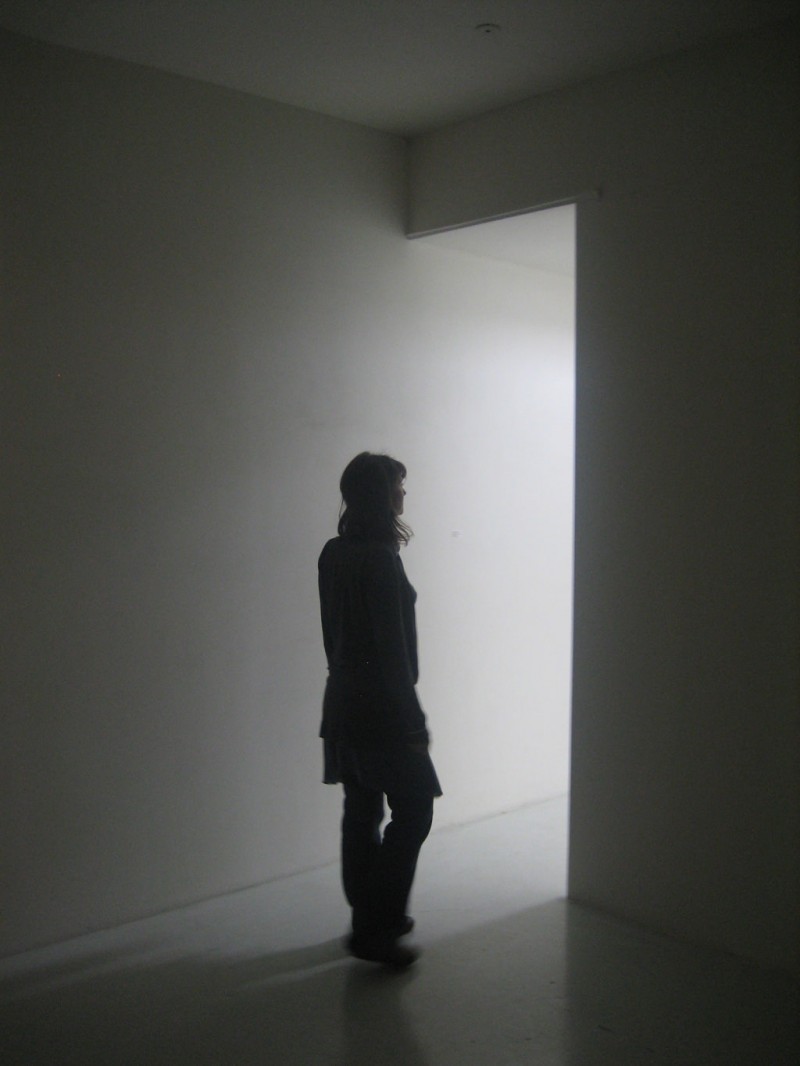 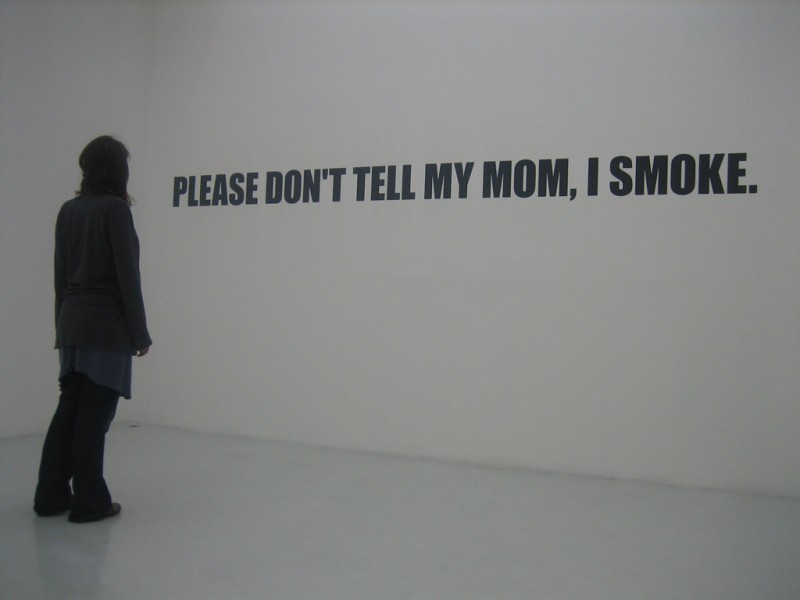 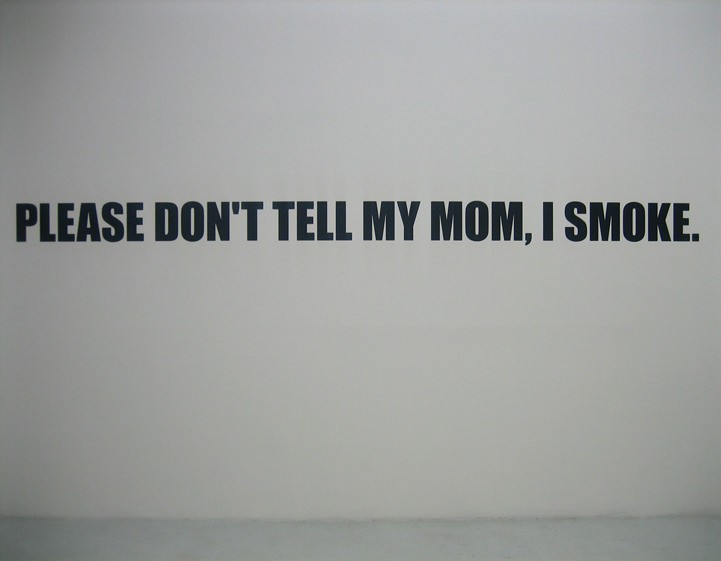 Pratchaya Phinthong (PP): We are at the Museum of Arts and Métiers in Paris. In the first room on the second floor where the visit starts, the exhibition is of objects in the windows that show how the world has been thought of and represented, flat or round and how it has been measured throughout the ages. So we find a number of measurement tools and we can see the evolution of these inventions which have determined the way we see the world.

In front of a globe pierced by an arrow, linking two diametrically opposites on its surface.

PP: This one here could have inspired me. It proves that we are willing to consider the existence of another side of the world. That accompanies a certain drive to discover, and even to colonize, to conquer. (…)
PP: We now come to a room that really interests me. On the left side, we see the windows that show the evolution of the printing press since Gutenberg’s invention. On the right side the different inventions are tied to the photography, the image and its mechanical reproduction. We then have, in parallel, letters and images that join together much later with the invention of mass media.
These machines touch me because they remind me of my childhood. When I was little my parents had a printing press. They printed cards, marriage invitations, death notices, all kinds of cards. They printed this way, with this type of machines. But the first traces of the printing press goes back to carved stones.

Thanavi Chotpradit (Pong): But the chronologies, the developments of the printing press and photography don’t correspond.

PP: No, it’s a long process, but in time they finish by merging. They must wait for invention and use of the chemical products to transfer the photographic images to paper. Before that, they used engraving and lithography. But what I love in this room, is the parallel presentation of these two developments. The reading and the vision right up to their convergence in mass media: the newspapers, television etc.

Pong: It’s a beautiful museum, but I don’t understand why they only show European inventions. There’s nothing from other cultures. It’s misleading and sort of ethnocentric.

PP: It’s true. However, it’s the museum’s prerogative to show and explain things within relative distance. It’s a little colonialist but if our main concern is the meter standard the French invented it. And it’s that which drives me to come to this museum.

Yoann Gourmel (Y): So, at the beginning you were only interested in measurement tools, but the museum sparked other interests for you?

PP: Yes, it’s like a big book. I don’t care about who invented what. For me, it was more certain objects or certain rooms that echo with my own history, like the area on the printing press. But it’s also great to see how the museum presents things and how our perceptions change according to the way they are presented.

Pong: Generally, when we see something, it makes us think of something else. Every object, inevitably, brings up a history for us; which is different for every individual.

Y: It’s what this museum is trying to do. It also has to curate with gaps, like in the room on the printing press.

PP: Yes, I think that they have to determine what type of objects or information to present. What distance to put between the work and the onlooker.

Y: And the different visitors don’t fill the gaps in the same way. Each person must fill in the gaps with its own history, its own memories…

PP: I like how this museum is organized because it shows the objects in explanation of where they come from, in what history they were written. For example in the room where the history of the printing press faces the development of photography in a completed convergence. In general, I think that everything is linked to something, that everything is interconnected. But to go back to the works in the exhibition at gb agency and notably the work with the two moons, there is an attempt to set up differences within the similarities. Of course if you dif a big whole in the ground, there will just be a big whole in the ground and that isn’t interesting to me. What interests me, is the provocation that the hole brings and the mental possibility of creating an opening to the other side of the world.

Pong: Yes, but you’ve really had the experience. It isn’t just mental. You’ve gone to the extreme geographical opposite of Paris, to the Chatham Islands. In some ways you have physically experienced this hole. You could have chosen a “ready-made” image of the moon in the Chatham Islands and another in Paris and assembled a design, but you went there yourself as a photographer. So it’s also a physical experience.

Pong: What is your relationship with image? Why use negatives and transparencies?

PP: What’s important to me is the idea of the photography process and the material itself at the same time used as print, as picture.
You take a photo from one side, you pass it to another side and you get the same image. So it’s more of a question of time, of scale, of distance of thinking. I didn’t want a big print. I wanted something very simple. The moon is the same everywhere, even if we can perceive it differently. It’s also why I want this work to stay open. Like an invitation.

Pong: The visitor then has a lot of space in this exhibition.

PP: Yes. These two little things that seem identical may fuel many stories for each person.

Y: What is the other piece, in which you share something maybe more personal with the visitor?

PP: I like this gap with on one side, a piece with very little information and on the other painted letters that form a very personal message that I share and that can bring up memories with each visitor. We can also see the letters from another side, a message written on the wall, a painting, etc. But these words “Please don’t tell my mom I smoke” are also an invitation made to the visitor to share something with me. The two positions form a whole that pushes the question of what is going on behind the wall, what is going on inside of each of us.

Pong: This dialogue between the works also creates tension. The resolution of each work is formally very neutral. At the same time, if the message is very personal, the letters are typographies, they’re not written on your hand. The works evoke a feeling much like Pandora’s box. If we open it, we find many stories but this requires an effort if you’ve decided to keep it closed formally. That’s why the spectator has so much space, it’s up to him if he wants to open the box.

PP: Yes, the boxes are your boxes. I like to play with the idea that something’s missing, that there is a distance to fill in. It’s what counts in this exhibition, that’s why there is not a lot of things to look at. Going in and out of the gallery, the visitor has to pass through this empty space within the works.