The Fifer is Deimantas Narkevičius seventh solo exhibition at gb agency. It presents the latest work of the same name by the Lithuanian artist, focused on an archival photograph from which a series of sound states unfold, taking the form of a holographic video, a bronze cast sculpture and a digitally produced image. 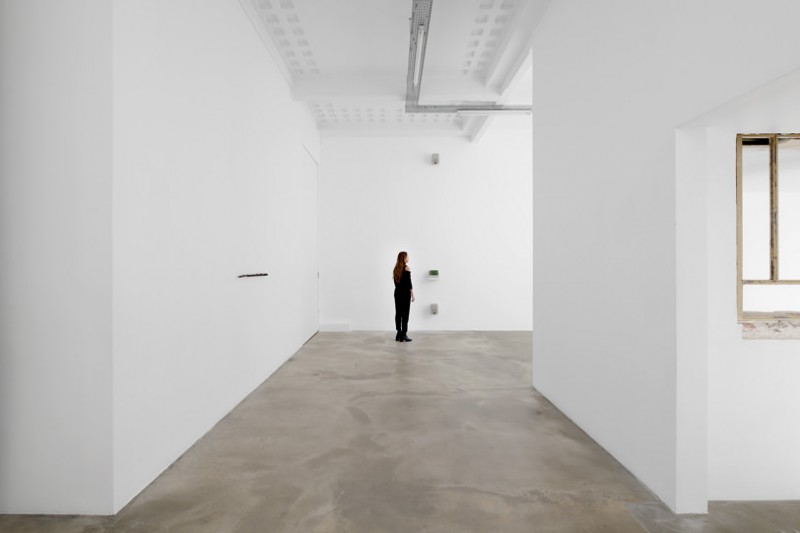 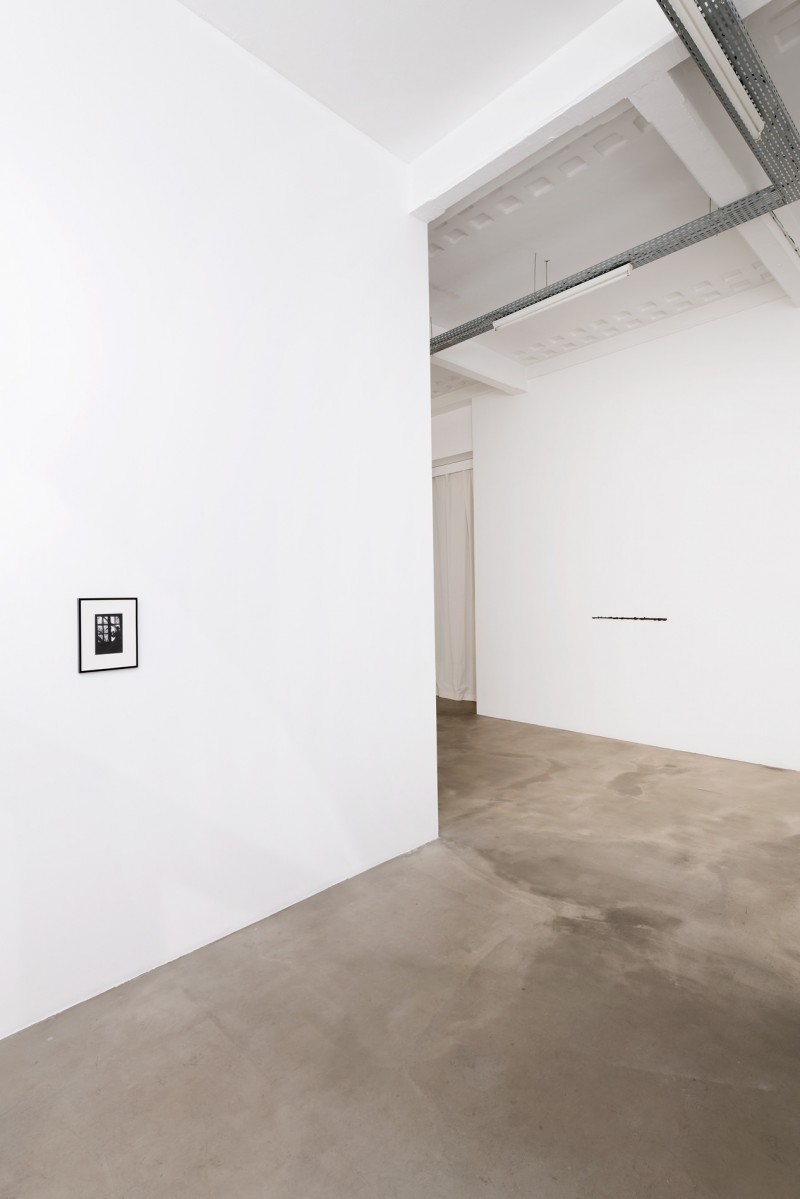 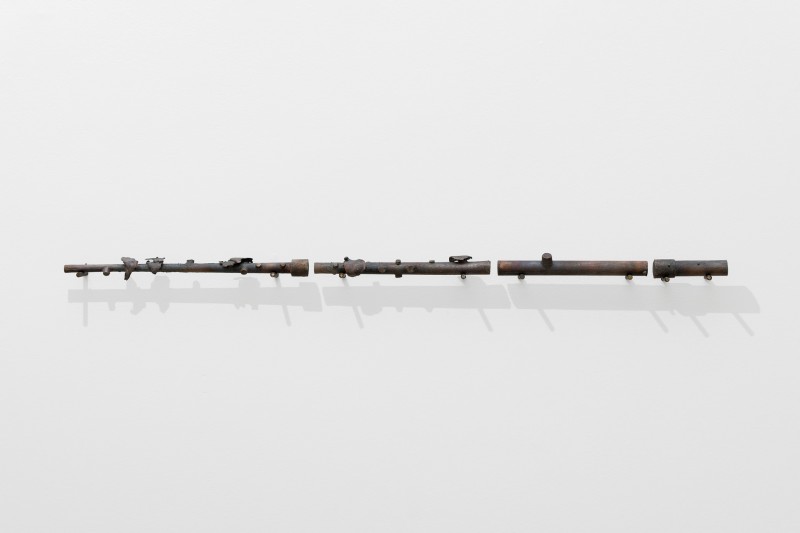 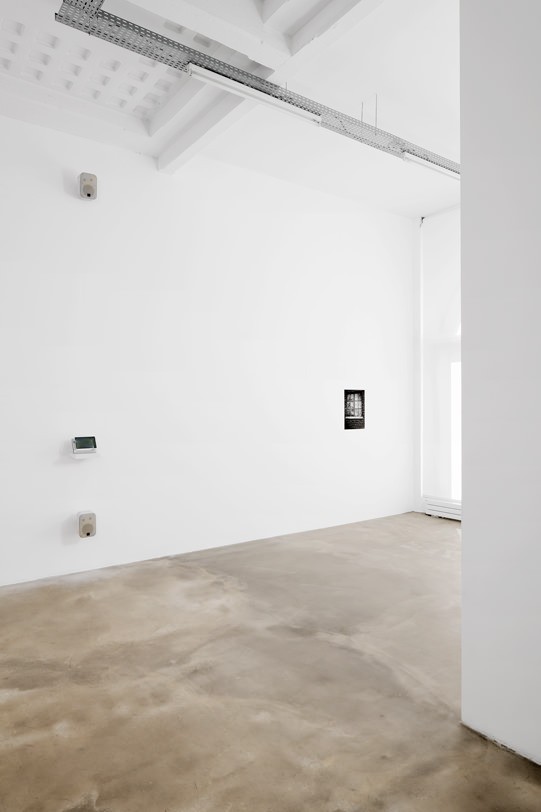 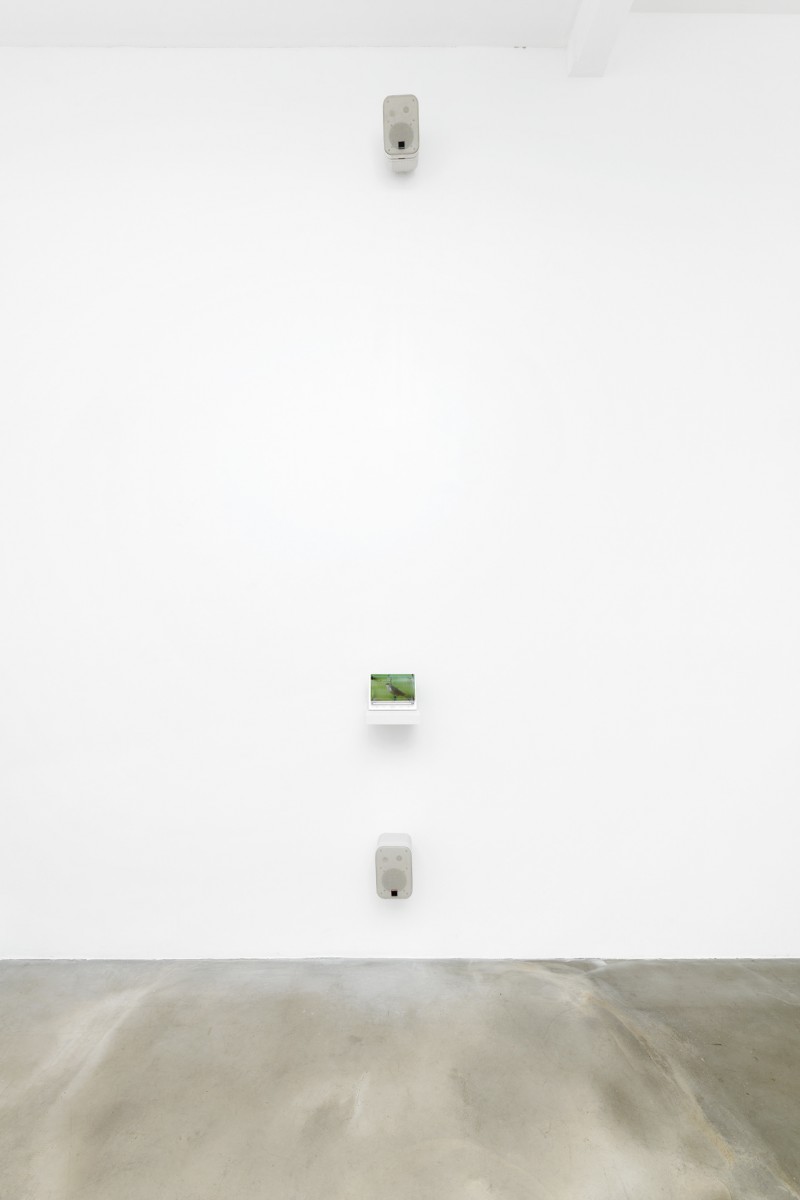 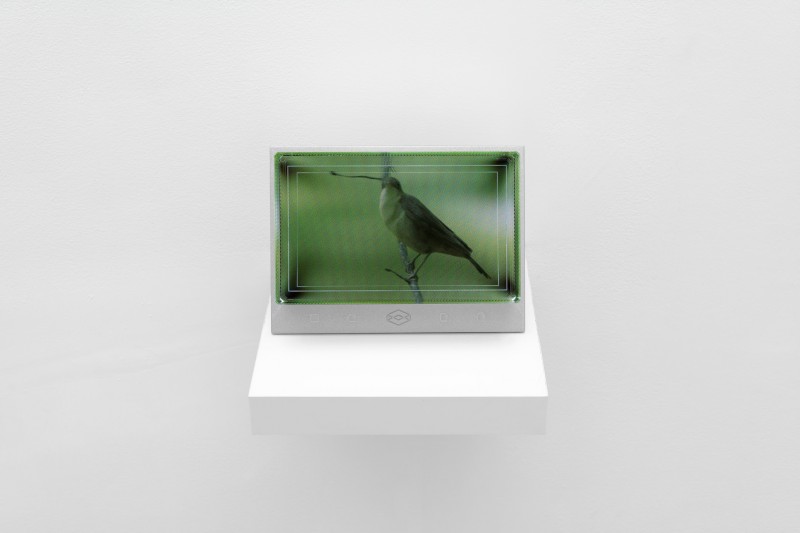 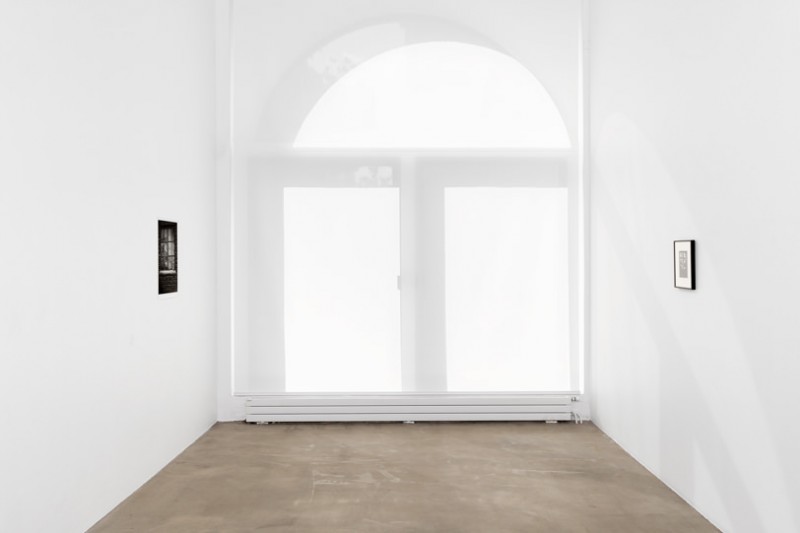 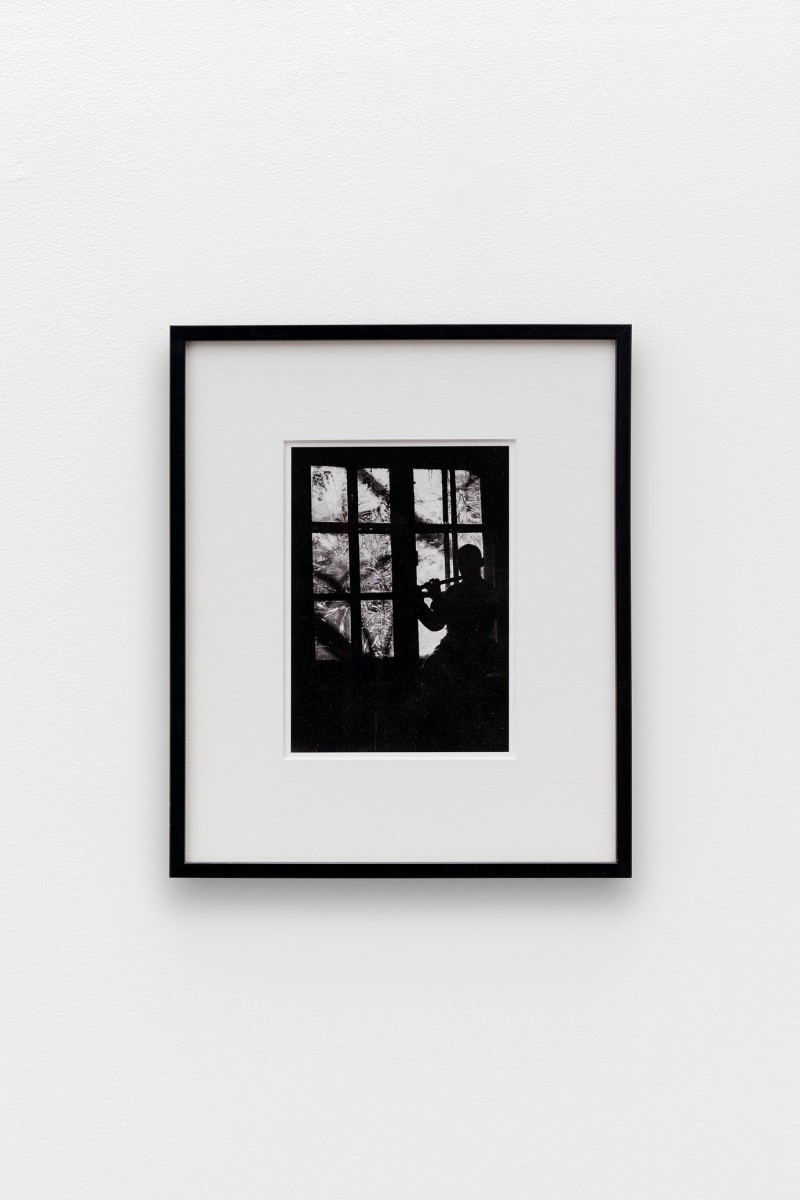 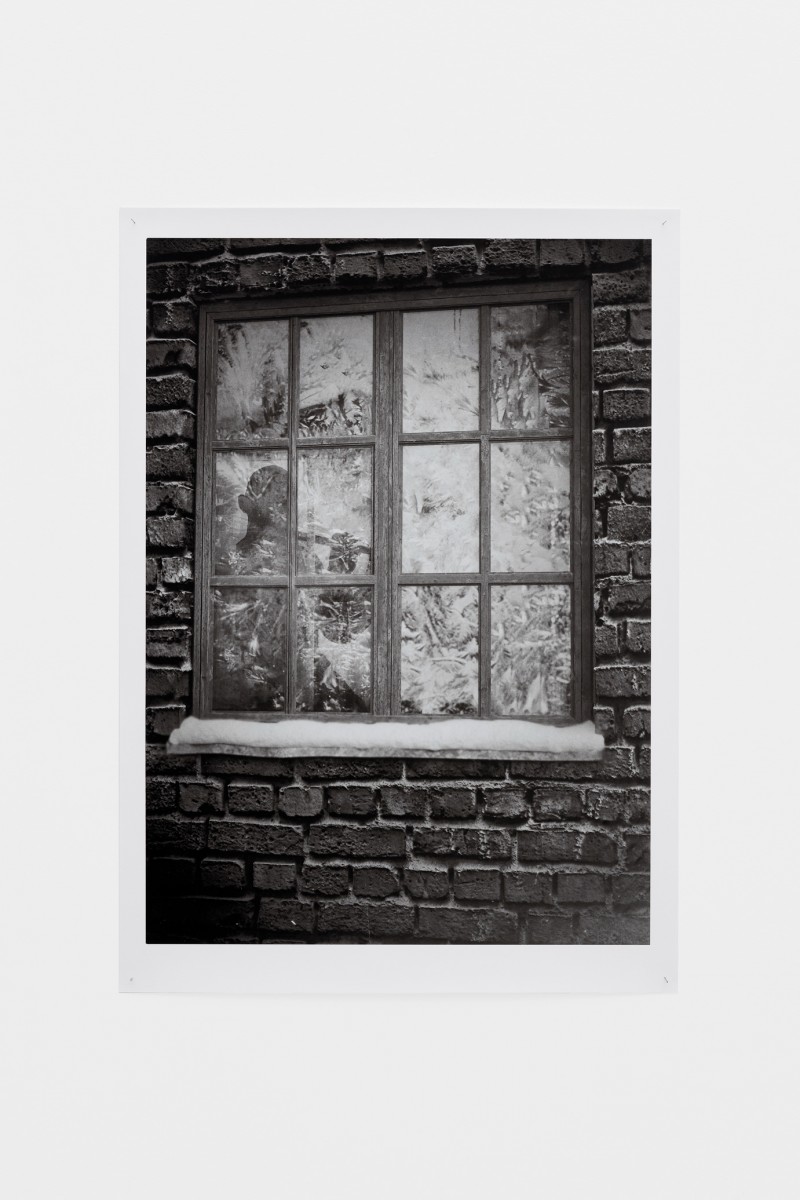 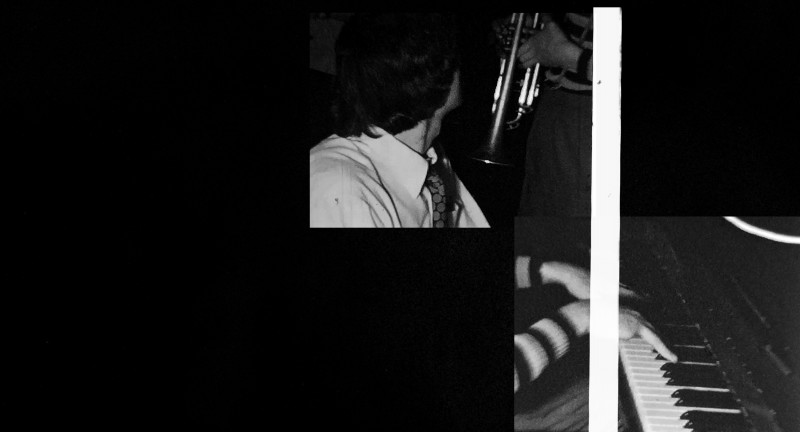 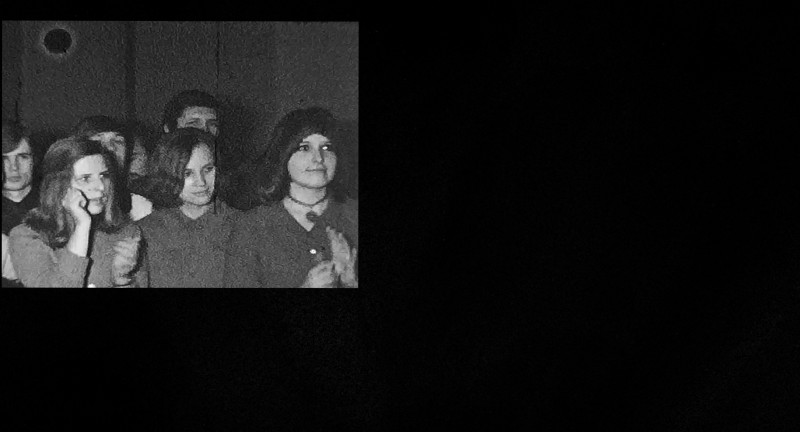 The Fifer is a realization of several sound states incorporated into different media by retracing the imagery of an archival photograph. The work is conceived as a layered exploration of converging temporalities, modes of existence and perceptions of realities around us, such as the time of the melody, the vantage point of the bird and that of the flute player, together with the historical moment in which this scene is being played out; of the entangled relation between the natural & untouched, and the synthetic & manufactured; as well as of the meaning of documentality itself, provoking the question of by which criteria do we recognise or trace something as significant, factual or true to us, today?

In a black and white archival photograph from the 1920s, a young man dressed in military uniform is playing a flute in a dimly lit room. As he is sitting on his chair, he is looking away from the frosted window. Outside, one sees the winter garden of a glazed conservatory. This unusual site allows us to imagine the kinds of melodies or sounds being produced by this young person.

The insides of the instrument in the hands of the player — the place where the sounds come into being — are materialized in the form of a bronze sculpture. The interior of the flute is casted in four distinct parts following the precise sequence of how this music instrument is constructed or dismantled when unplayed. The object is displayed lengthwise, as it would be were it inside the flute.

On a nearby holographic screen, one sees a volumetric image of a nightingale, flying in and out of sight.This digital bird continues the narrative of the black and white photograph: the hologram of the little bird presumably situated within the pictured winter garden, reproduces the rhythms and the melodies of nightingales in nature as if those were played by the fifer.

In a revealing, digitally produced image, one perceives how the exterior wall, window and soldier might have looked like at the end of the 1920s in Lithuania.

Together with these works, the exhibition presents Stains and Scratches, a video produced in 3D of moving images evoking the underground staging in Vilnius during the early 1970s, of the rock opera Jesus Christ Superstar, a legendary event in Soviet-era alternative culture witnessed by eager students.

The Fifer presents an overview of recent works by Narkevicius, in which the artist insists on the porosity of documentary sources, surprising the viewer with his capacity to enter their seemingly impenetrable surfaces to re-imagine and extrude their concealed stories.