A solo exhibition by Ryan Gander
gb agency
From September 11 to October 11, 2014


Every exhibition of work by Ryan Gander is based on juxtapositions, relationships, and connections which aren’t always immediately evident. The artist makes much of the distance that separates things - his works - since according to him that distance produces certain dynamics and precludes any didacticism. The setup of an exhibition creates a situation in which the spectator has already been integrated and whose questions are solicited. Each exhibition portrays multiple angles of a complex idea hatched from the mises en abyme of a (post) conceptual spirit. The process is marked by autobiography, pop anecdotes, and references to the history of the modern, and always against a background of questions about the role of the artist. With Gander, the process of producing the forms and the narrative about the art takes on its own half-real half-fictional scenario: each piece triggers a story, one whose form is undefined and ever changing, whose signature is missing. By way of an exhibition and its interpretation, Gander brings back the magic of art as an illusion of reality. Such potential enables him to create a parallel world, using the artifice of his works as so many plotlines in a story, whose end he leaves to the viewer to complete or not. 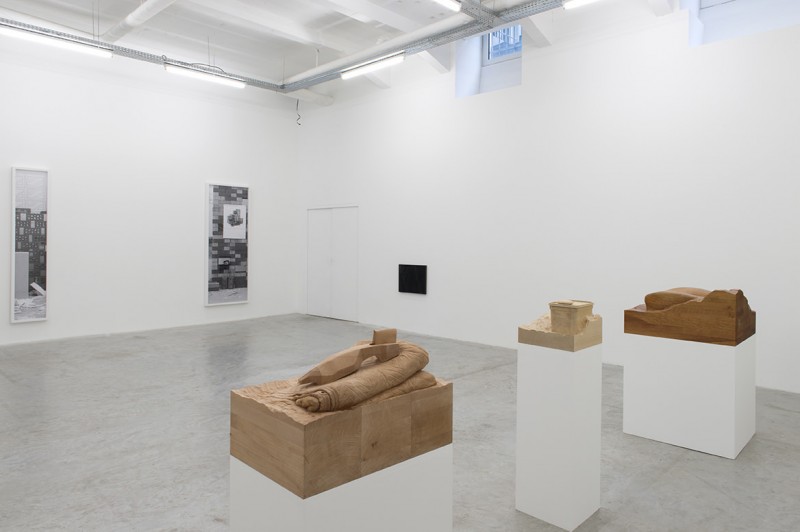 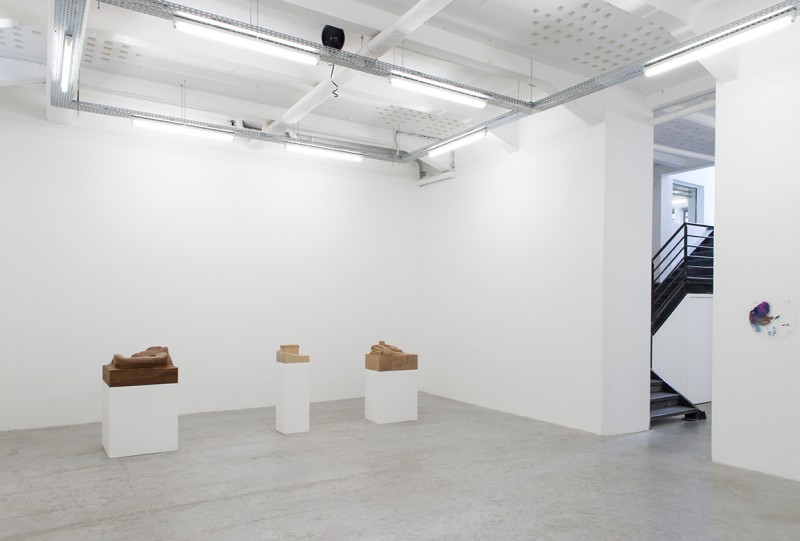 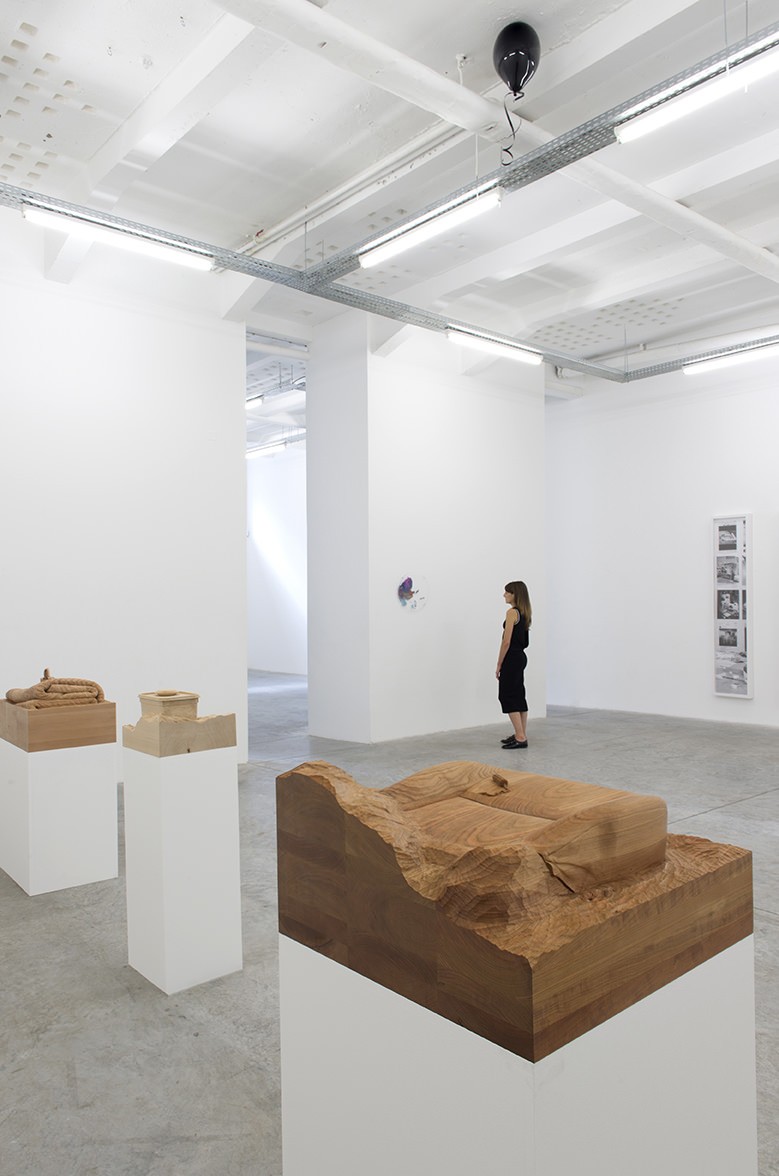 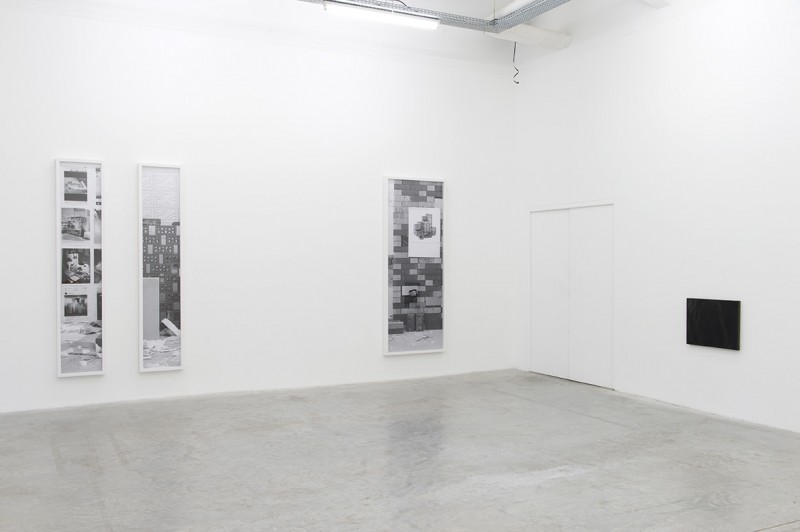 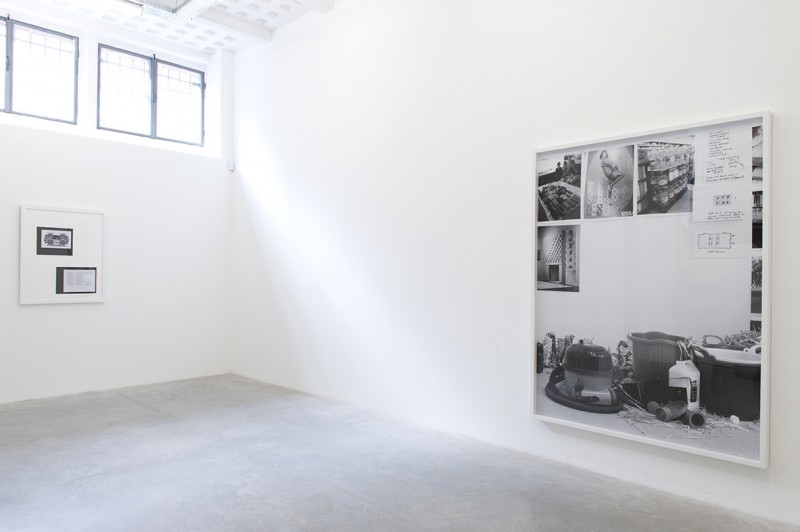 The installation Your cognitive dissonance, 2014, is a reproduction to scale of the lower left corner of Rembrandt’s 1632 painting The Anatomy Lesson of Dr. Nicolaes Tulp. Gander’s painting is hung on the wall with the same positioning as the original. Dark and abstract, the work was done in the ultra-realist style of a forger. The work’s title refers to the cognitive dissonance that comes from the discord between attitude and behavior. Gander creates a setup in which he presents the incidents leading to the production of the work; with that we rediscover recurring elements including temporal echoes between the 17th century and today, focus on a detail or the obliteration everything else, an apparent simplicity which masks the interconnected themes of vaster systems, and finally the role of the artist vs. the work of a forger (keeping in mind the importance of the signature on a Rembrandt).

Series initiated in 2012, The way things collide, with three new sculptures extend the idea to bring face to face two elements which logically are difficult to combine. The artist urges the viewer to make and create his own original narrative combinations. The sculptures in wood and on white pedestal appear incomplete, with parts of the material yet untouched. The objects portrayed are part of our daily lives and their collision, their forced combination, create a different reality. With our perceptions alerted, The way things collide becomes the receptacle for stories yet to be invented.

With Viewing with culturally preoccupied eyes (17:31), 2014 Ryan Gander proposes yet another way of seeing and storytelling. A panoramic photograph in black and white, the piece is fragmented into four parts, each framed, with the whole representing a still life of the artist’s research into the creation of a brick mold as multifunctional unit. As a kind of repeated freeze frame recording an obscure project imagined by Gander, the repetition of the ensemble is revealed and offers a meta exploration of the subject itself. Every piece is a work in production that has already been produced. Viewing with culturally preoccupied eyes is the vehicle for a vast collection of references and investigations which the artist weaves throughout a system of connections and relationships.

Please be eager - It’s a picture of us all in bed in a house called Saxmundham. We’ve got a purple door. It’s a sign that says Saxmundham, 2013 tells a personal story, transcribing an intimate moment shared by the artist with his family. Once again, Gander invents a different form for communication : the visual transcription is indirect since the only remains are the color palette used to immortalize the moment. The viewer won’t see the image, but will share with the artist the process of producing the work. Based on the abstract painting, the viewer can imagine his own story, perhaps reminding himself of his own memories.

Your Romanticism, 2014, also plays with the ideas of presence and absence. Ryan Gander’s own sports shoes have been cast and a bronze sculpture reproducing them has been created. Presented on the floor, the piece is part of a narrative, this one more autobiographical. The artist uses the architecture of the exhibition space itself, like missing parts of a story that he then fills with works resembling fictional characters.

Another spatial arrangement and story trigger, Two hundred and sixty nine degrees below every kind of zero, 2014, and ]Two hundred and sixty eight degrees below every kind of zero, 2014 consists of two black fiberglass balloons floating at the ceiling. While the title refers to the boiling point of helium, the lowest of the elements, the piece nonetheless refers to a collection of earlier works entitled in an invented word “Culturefield”. The balloon looks like they’re floating away, perhaps escaping to that imaginary place. The installation evokes childhood, although Ryan Gander likes the idea that the viewer imagines this parallel universe without seeing it. Culturefield is an invented place, perfect for research, discussion and creation.

In other ways existential, the installation On display (Alchemy Box # 28), 2011 is a fabricated Burglar alarm box attached to the ceiling of the gallery unobtrusively in a corner nearest to the entrance to the space containing objects and articles from the artist’s collection on the theme of ”protecting ones perimeters”. A rubdown transfer text disclosing a description of the objects within the bag is positioned on the wall at some distance from the object.

Little by little, from exhibition to exhibition, the vocabulary of the artist grows richer, and the viewer, if he trusts, can browse in more and more vast, rigorous and articulated territories. The viewer would be wrong not to believe, since the first to doubt his power is Ryan Gander himself. It is with a certain view of art and in regard to the failures of modernity or contemporary cynicism that he challenges the honesty and the code of the artist. The poetics of Gig, 2012, is a small photograph of Pierre Huyghe from the back, looking at his work during the installation of his exhibition at the Tamayo Museum in 2012 in Mexico. With respect, Ryan Gander captures an introspective moment of an artist of great integrity, both public and private.

Via various forms, city plans, architecture, children’s fairytales, language, performance or spatial sensorial installation, Ryan Gander seriously considers the world around him, with humor and poetry all at the same time. From utopian collectivist dreams to anecdotes from our daily life, he forces us to “see” better, ultimately creating new patterns. The last work in the exhibition, And what if no one believes this truth, 2014, is a calendar produced with the drawings, photographs and notes from the notebooks of the artist, and is a witness to the interaction between a work and its viewer, who interiorizes it every day.