The three works exhibited at gb agency are linked by the theme of architectural fragmentation. The Room Upstairs, Behind the Door and The Liminal Body deal with the extraction from the whole while revealing partially told narratives. 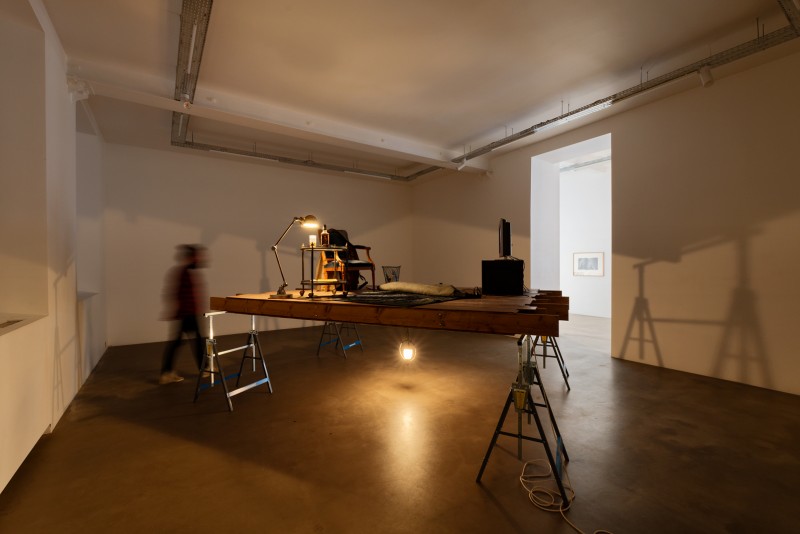 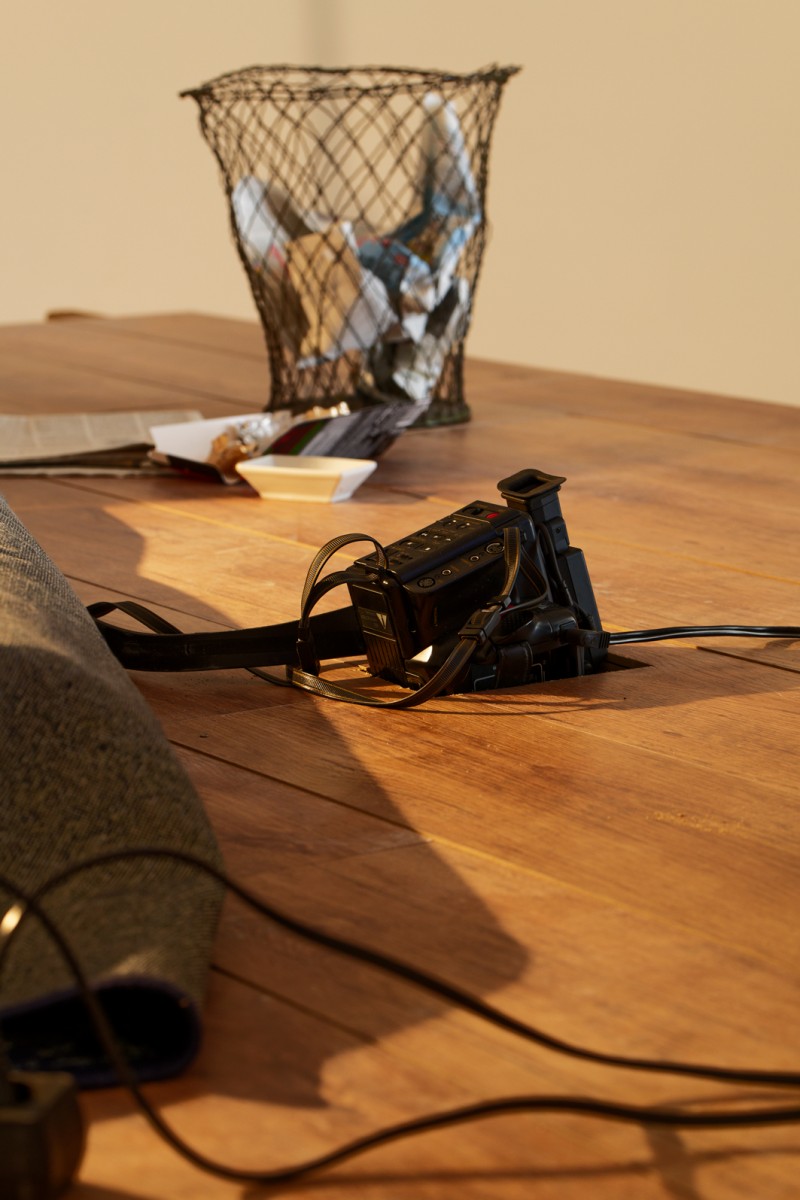 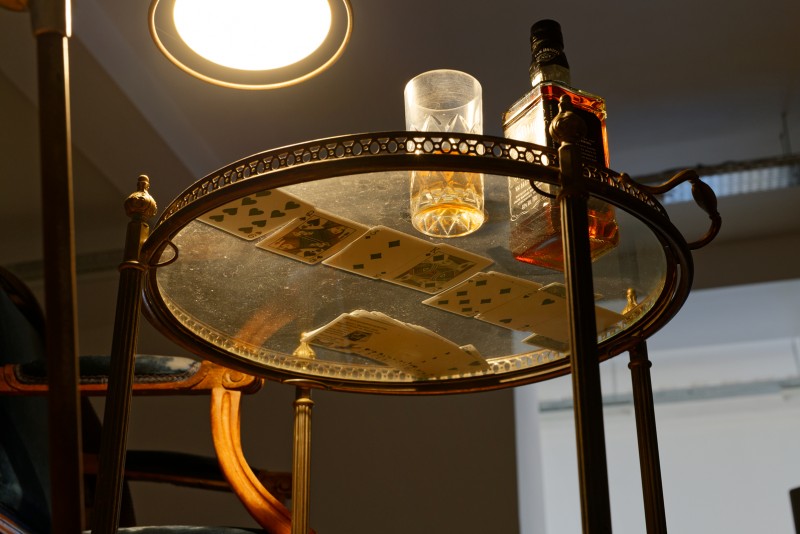 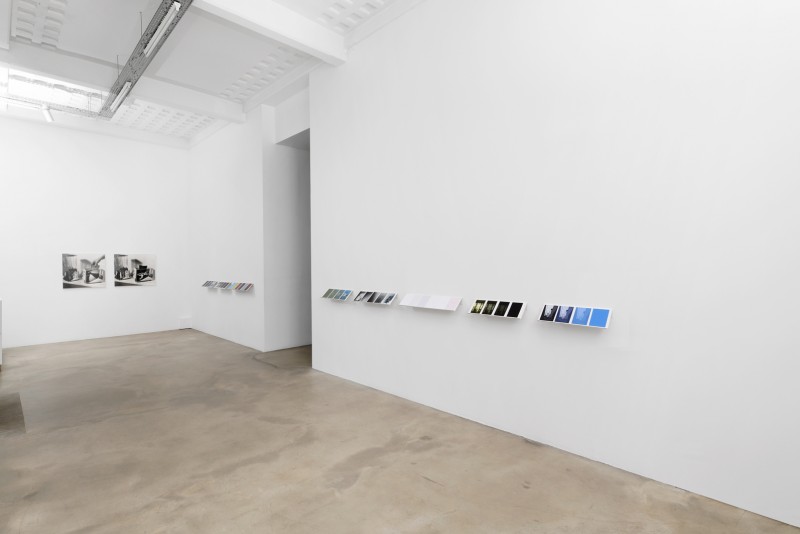 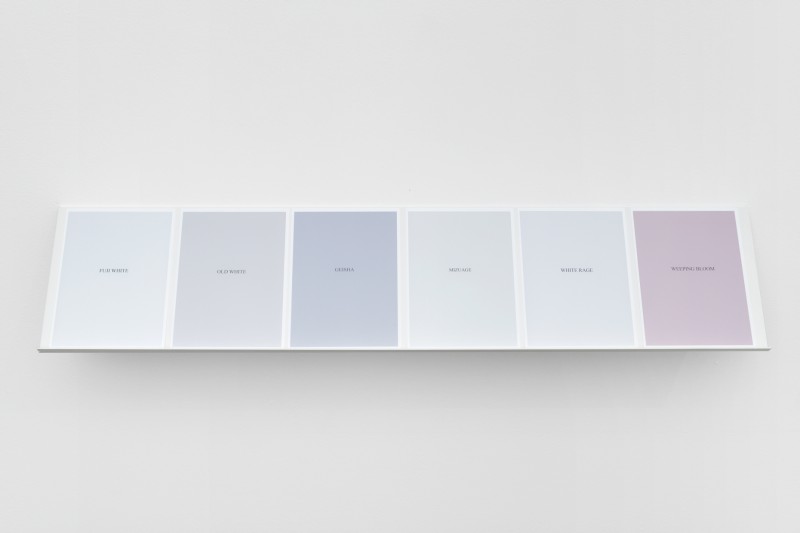 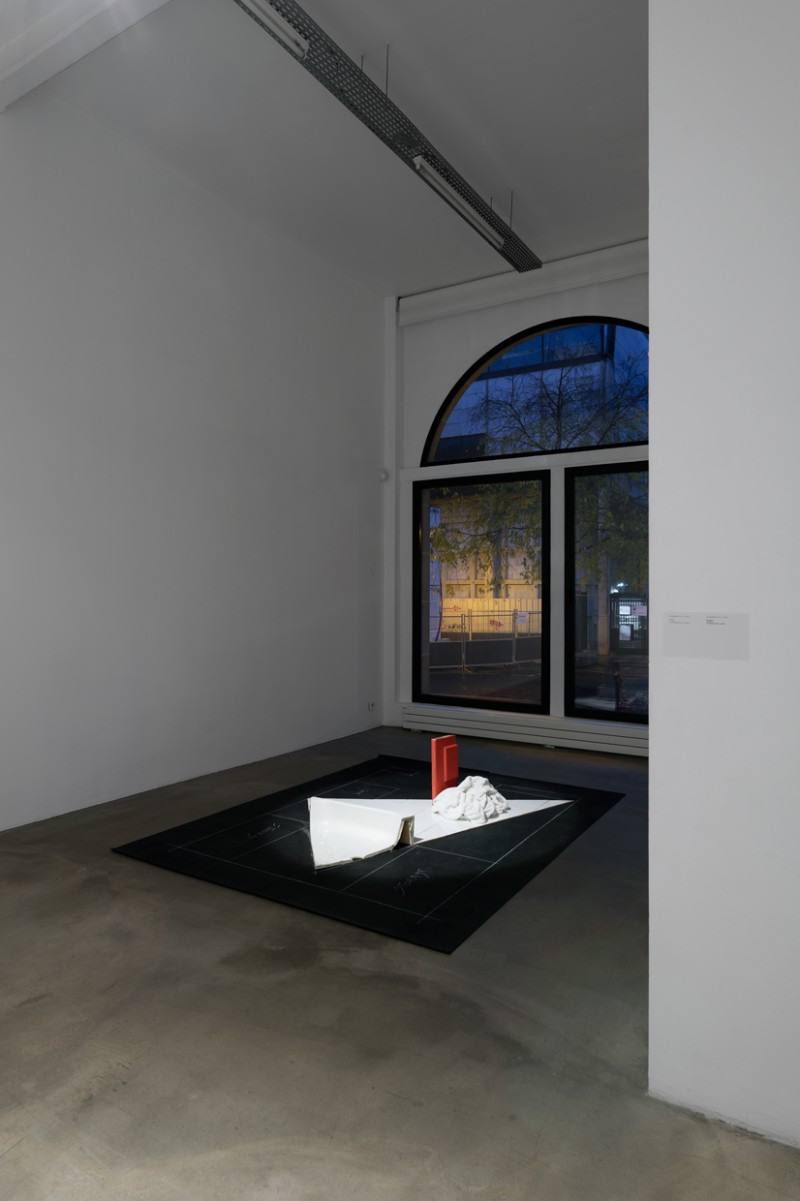 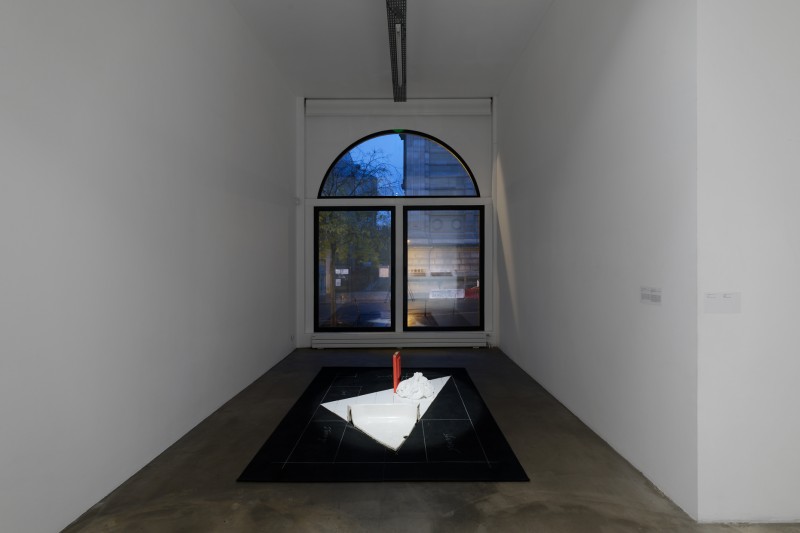 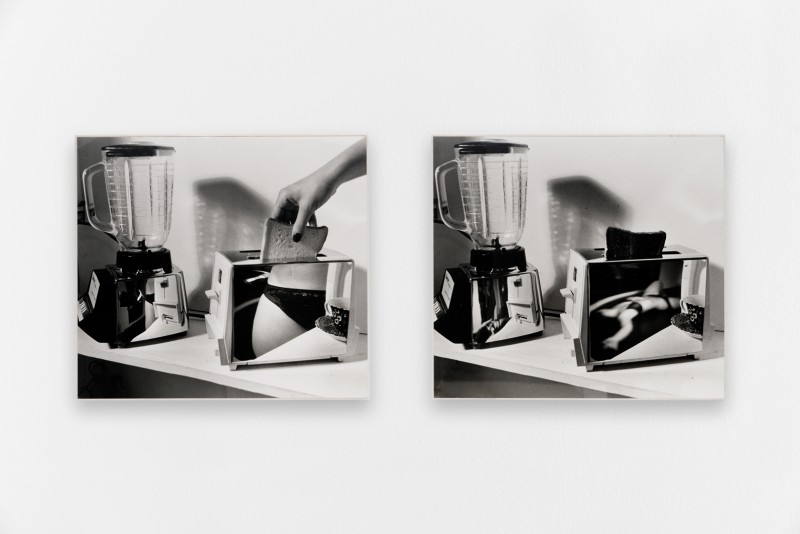 The Room Upstairs addresses surveillance and the violation of our public and private spaces. While this piece was initially conceived decades ago, its relevancy is ever more present in our lives today. Through a minuscule aperture in the ceiling of the installation, the work investigates perspectives of the observer and the observed, raising a multitude of ethical questions ranging from the bizarre activities of the inhabitants living below to the relational identities of the persons from above.

Behind the Door is literally a triangular segment removed from a small bathroom where something has happened. In actuality, the room itself has been cropped like a photograph revealing only a partial narrative. The viewer must then rely on their own ability to reconstruct the narrative and resembling mystery stories, travel backwards in time.

The photo series The Liminal Body was inspired by scrolling through images on Instagram and the act itself becomes a form of meditation on the transience of meaning.

Adams framing of space and time reveals the profound transformation of human and social interactions from the past to the present. His work testifies to changes over past decades between public and private spaces and the realm between reality and fiction.