gb agency is delighted to announce a new solo show by Mac Adams, who presents a new and historic series of photographs and two installations.

For more than 30 years Mac Adams has explored the narrative potential of photography and installation, composing and constructing mysterious scenes on the border of social norms. Potential homocides, victims and could-be assassins populate his compositions, held together by a series of clues, carefully and methodically left by artist. 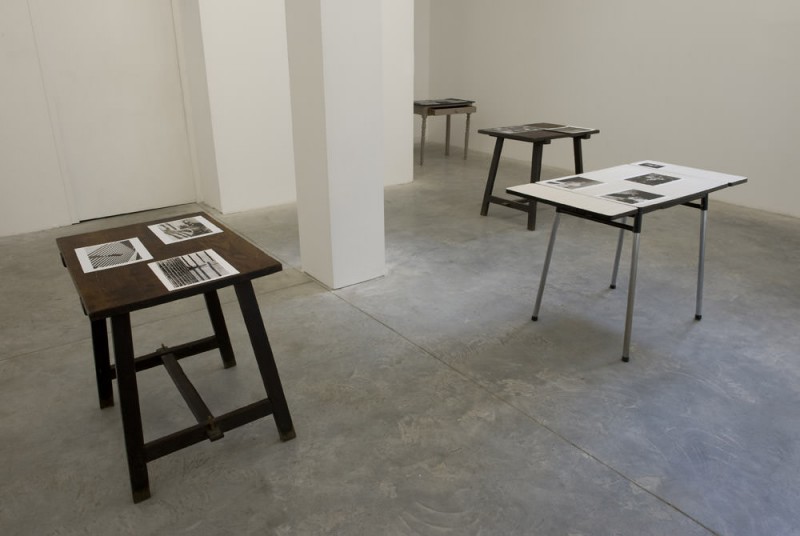 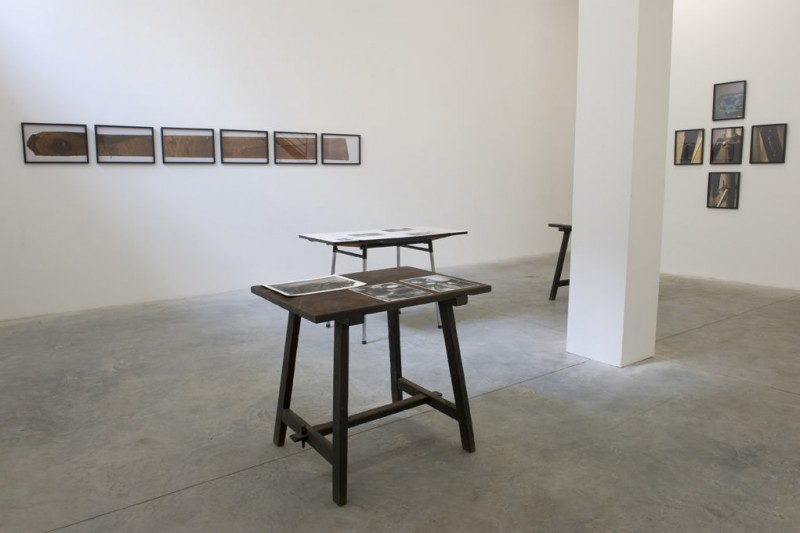 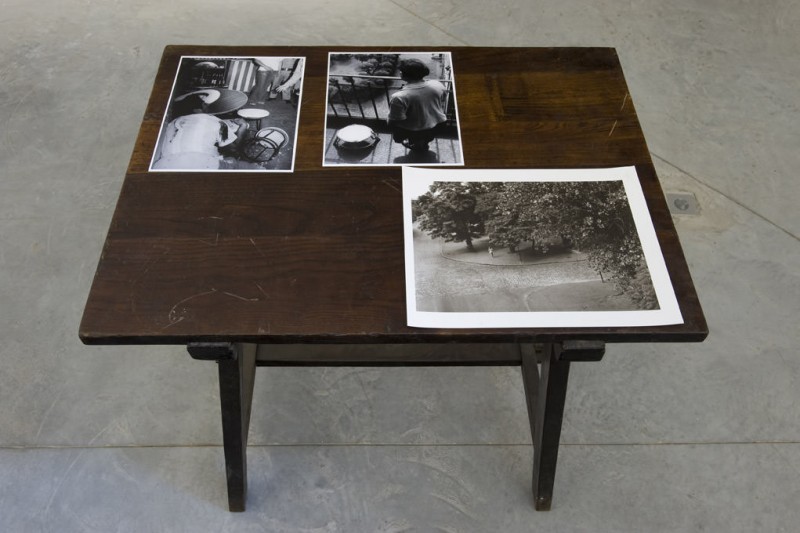 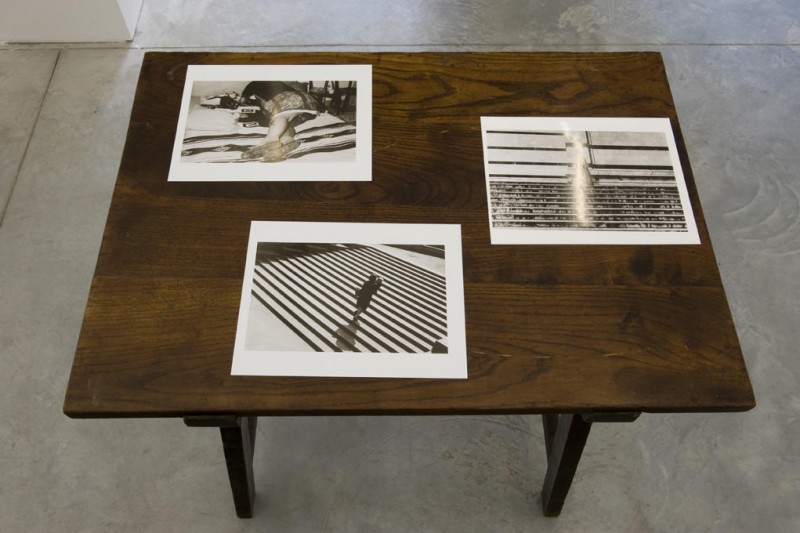 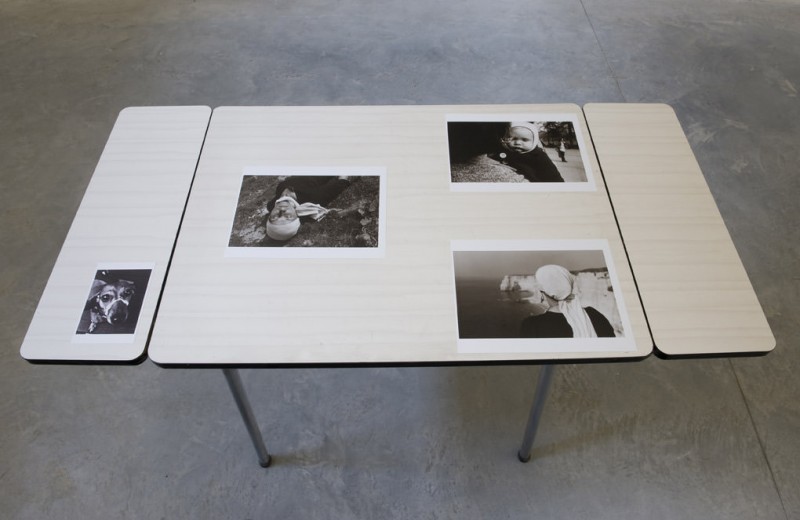 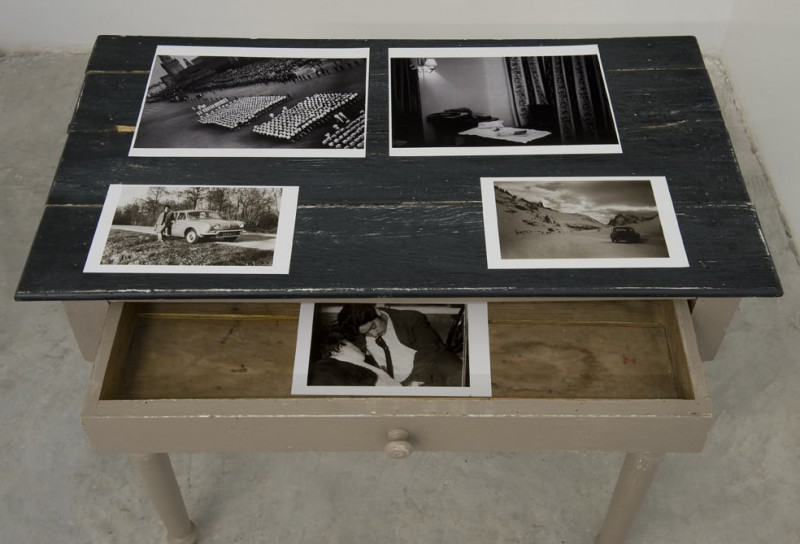 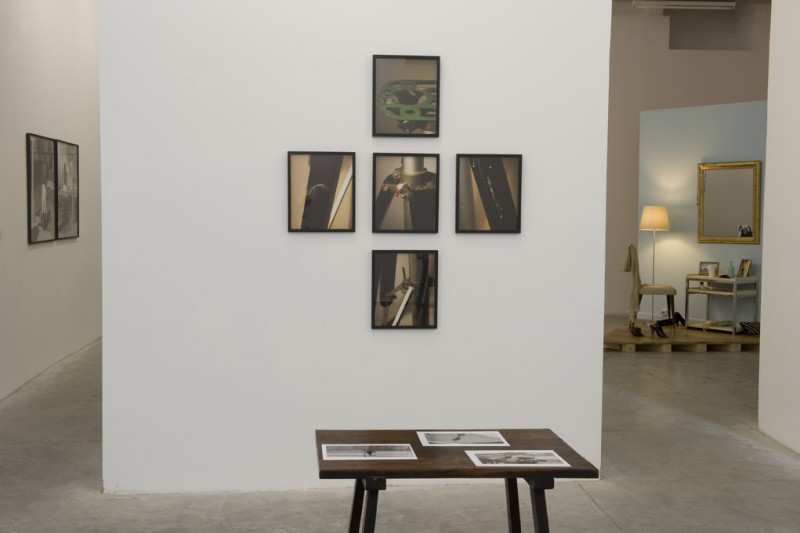 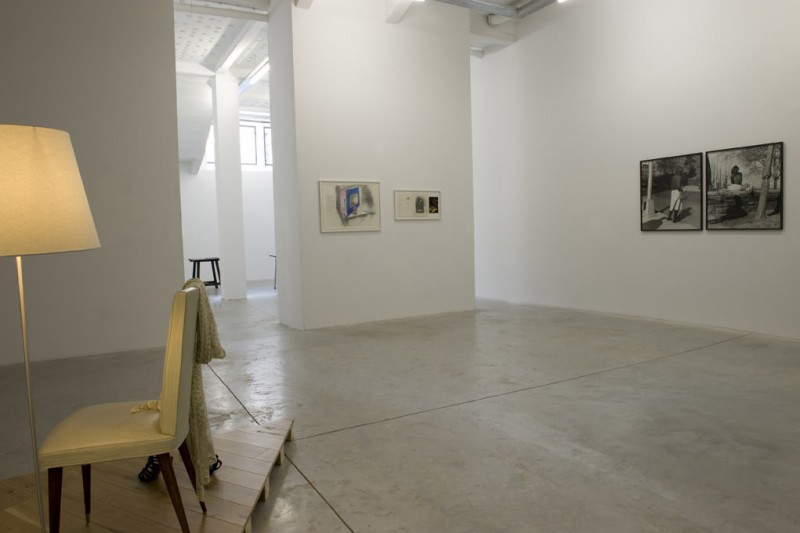 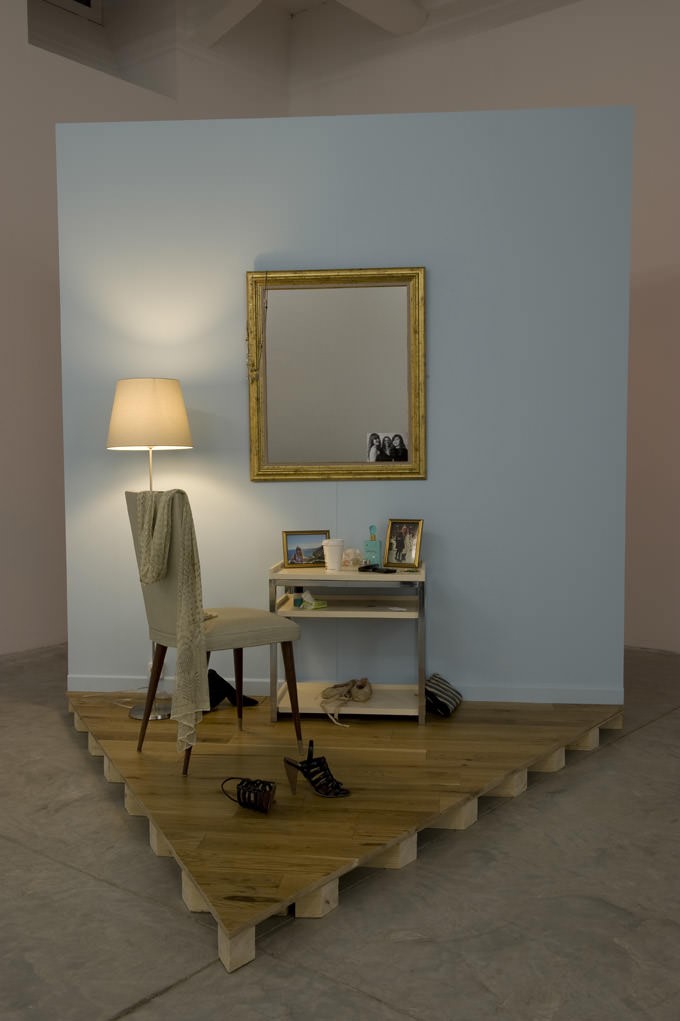 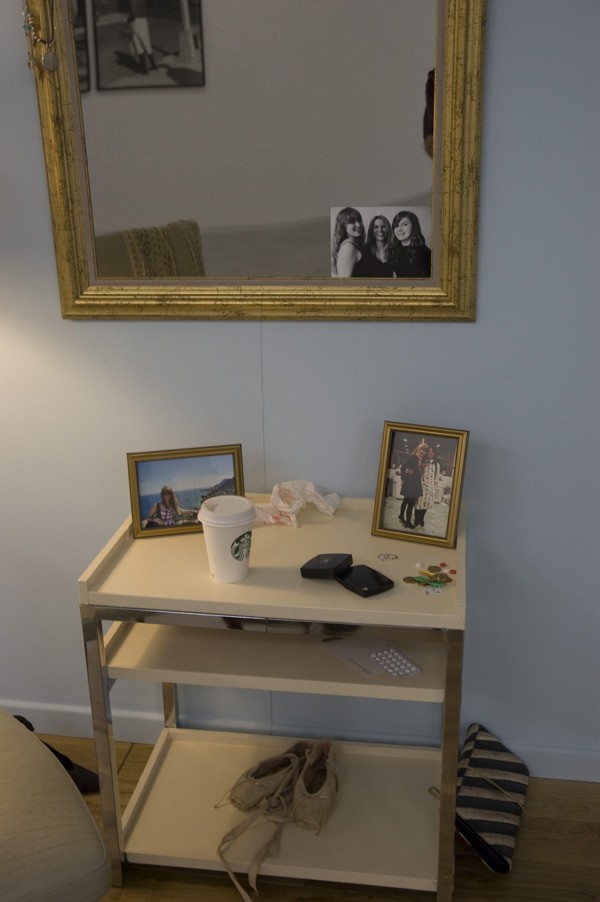 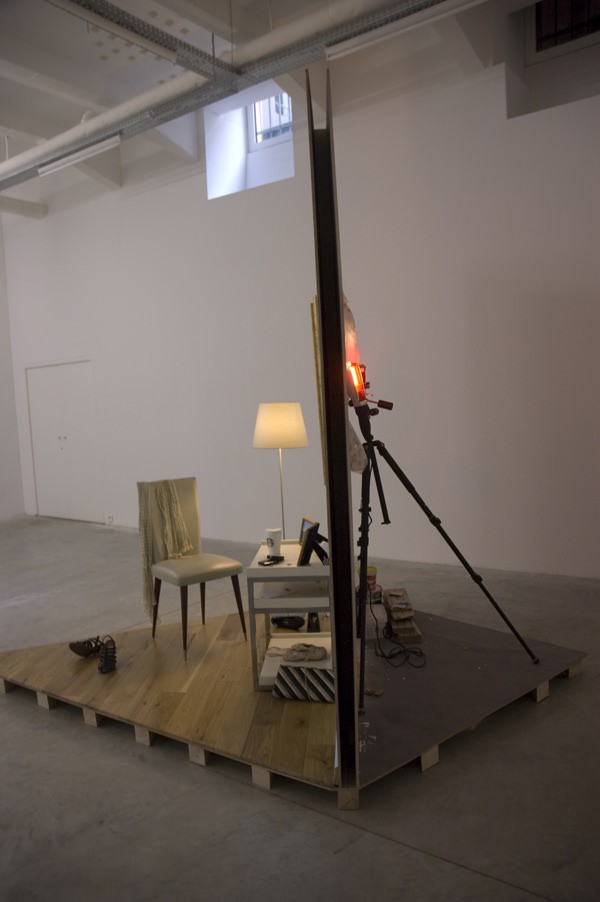 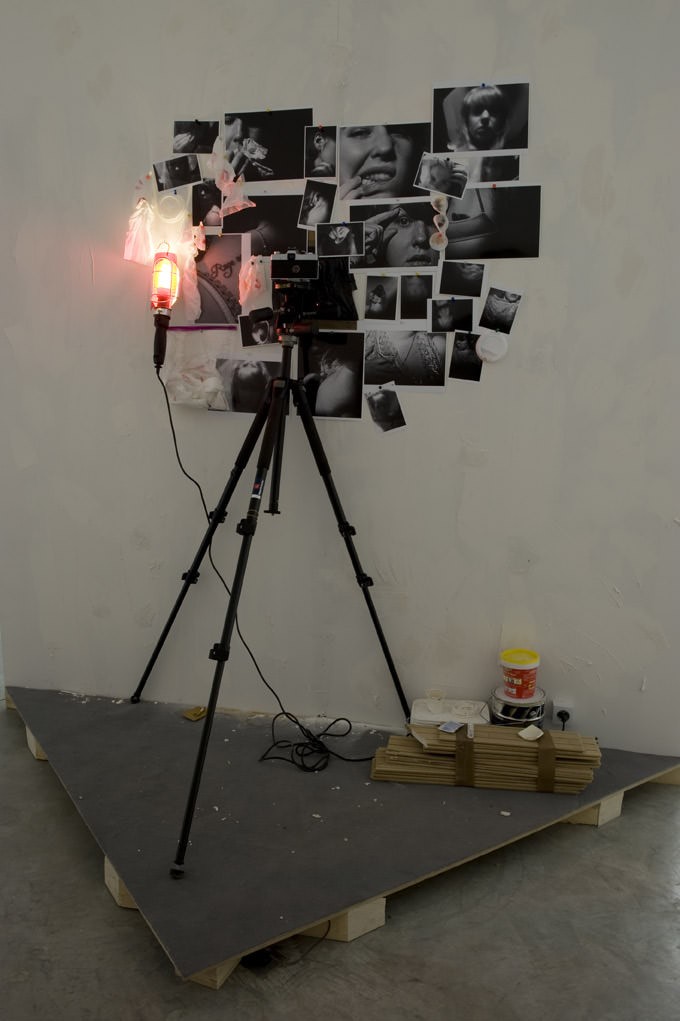 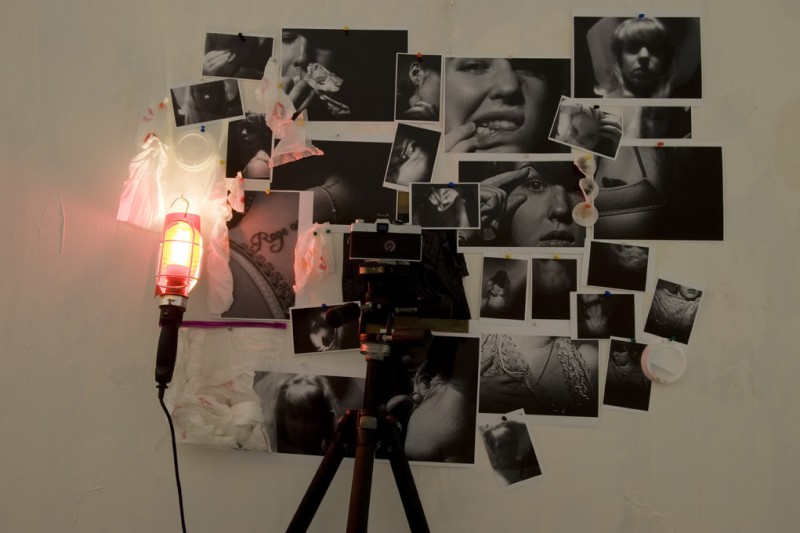 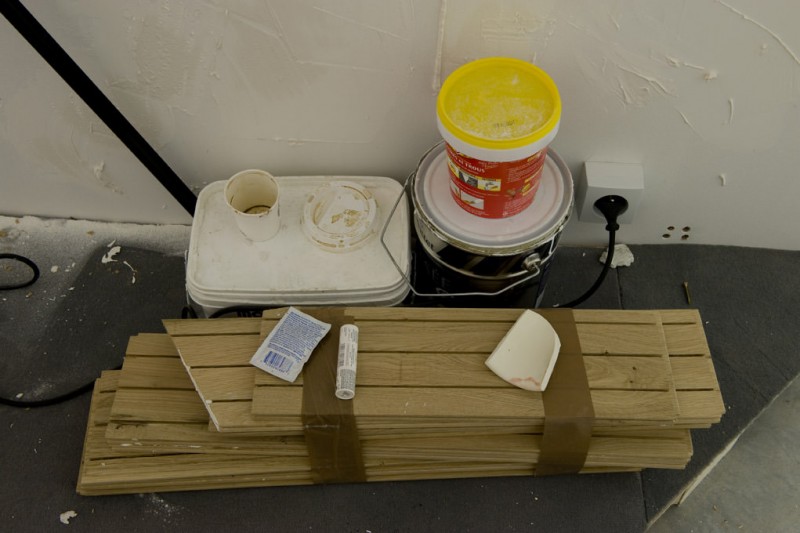 For the exhibition, Mac Adams reactivates a historical piece originally conceived in 1981 titled Looking through Blue. This architectural fragment takes the form of divided room, whose v-shaped perimeter suggests the constructed perspective of a painted composition or theatrical set. The title, referring to a common euphemism for pornographic films (often called Blue Movies), sets an erotically charged backdrop for a story. Here we read a text brought to life by suggestive objects, personal effects in a domestic setting, a life of an unknown woman whose anonymity slowly transforms into an intimate personal presence by the symbols which mark her life. A French mirror divides the space between a voyeur and his incessant lens and the object of his obsession. Mac Adams draws us in as curious onlookers of two lives - a dichotomy between a perverse gaze and an unknowing victim, where the viewer becomes witness, spectator and participant, recreating the crime - if indeed there ever there was one.

Our ease in reading the scene and our own suspension of disbelief suggest our collective fluency in the language of deviant behavior. The installation is presented with Across the Park (1975), a dyptic from Mac Adams’ Mystery Series as well as a selection of drawings

In the next space, Mac Adams presents a new series of photographs titled Forensic Fairy Tales (2011), works which similarly tap into collective memory and markers by reexamining fictional stories - traditional fairy tales such as ‘Little Red Riding Hood’ and ‘Goldilocks’. Like a body of evidence, elements from each story are examined photographically, recording small particles embedded in and around the object. In Red Riding Hood abstract reminders of the cautionary tale - a blood soiled fragment of cloth, hair - are photographed in sections, inserted between of a camera tripod. Here clues are indirect, their meaning unlocked by the title of the work. Each photograph in the series is a conduit to what is not said but rather exists in the collective memory, suggesting also the photographic ability of transforming myth into documentation.

The installation, titled Loose Threads (2010) consists of tables on which archival photographs and other photographs shot by the artist are formally arranged according to common motifs. The narrative is unlocked by a series of associations linked together by chance, calling attention to the arbitrary nature of meaning and the inextricable link to its context.

For Mac Adams the image is allegory, a continual visual metaphor that alludes to an ambigious reality where meaning is distorted, controlled and mediated through photography in a world of constructed representation.