Hassan Sharif: From Daily Experiences To Collective Stories, the artist’s fourth solo exhibition at gb agency, highlights the contours existing in his work between the public and private spheres and draws back and forth inside his work between the political and the intimate, the collective and the individual, the great universal narratives and everyday gestures. 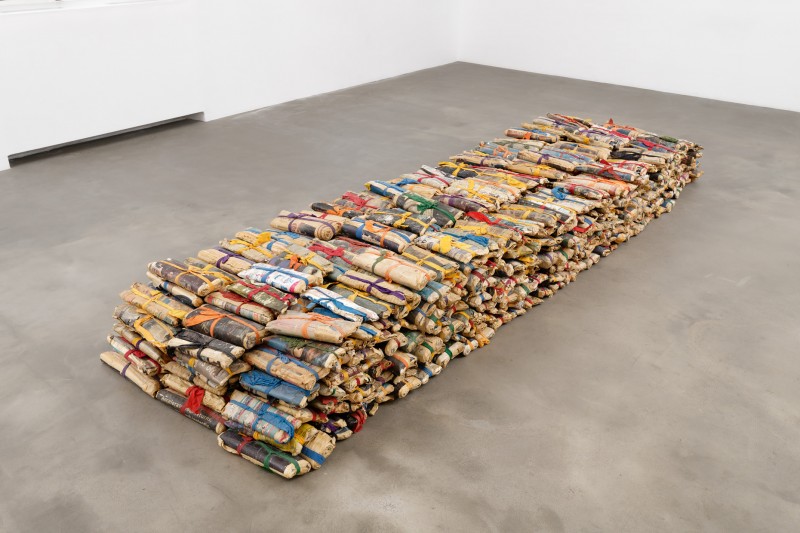 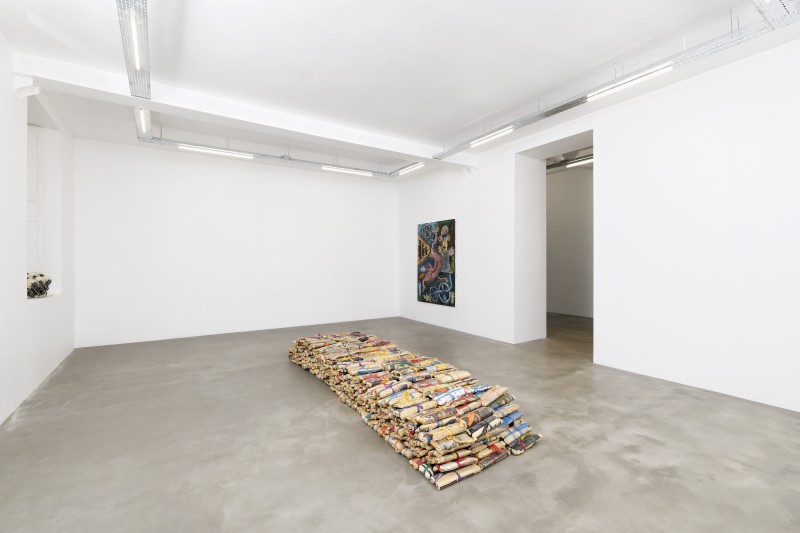 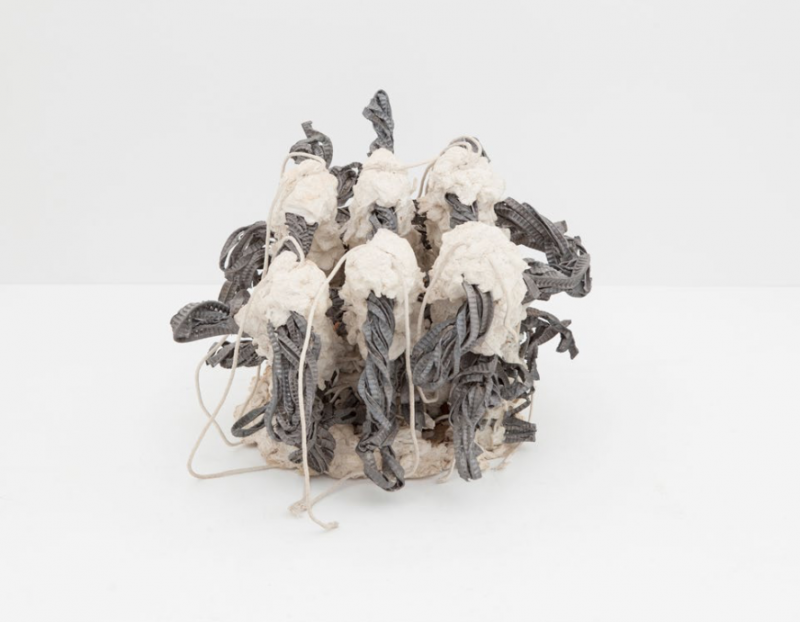 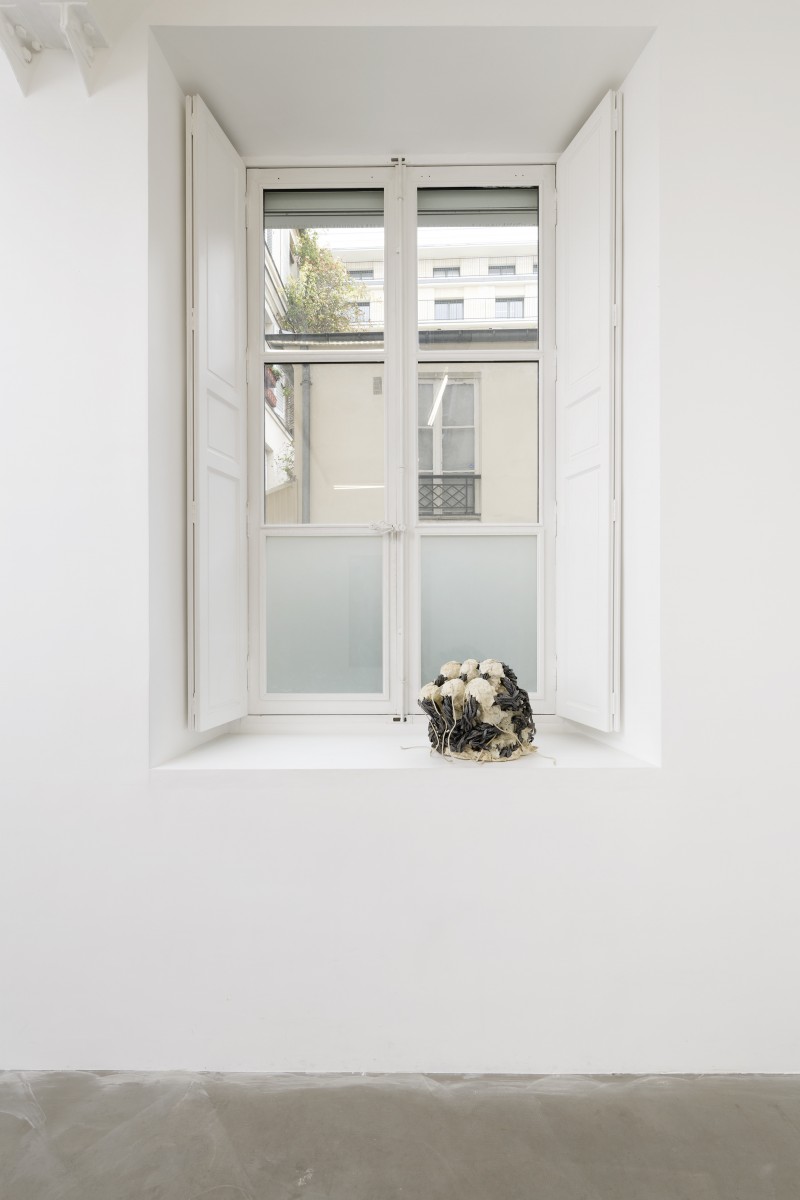 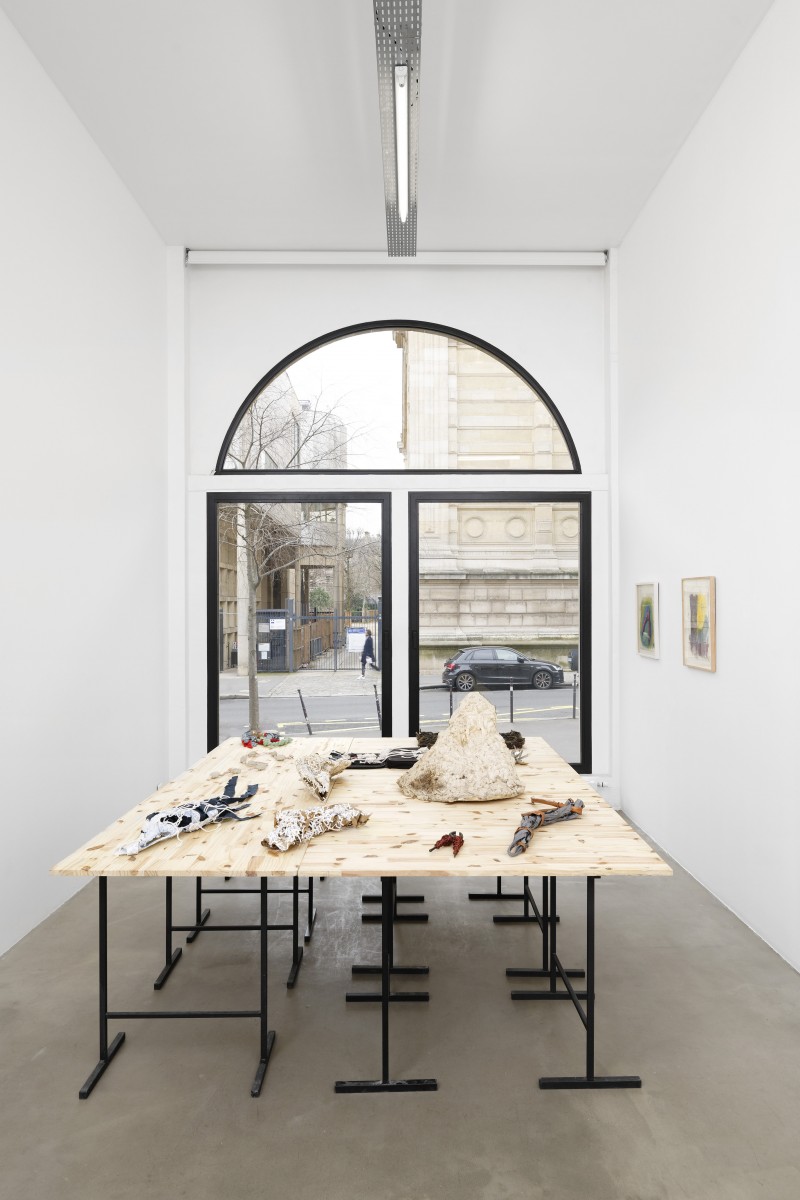 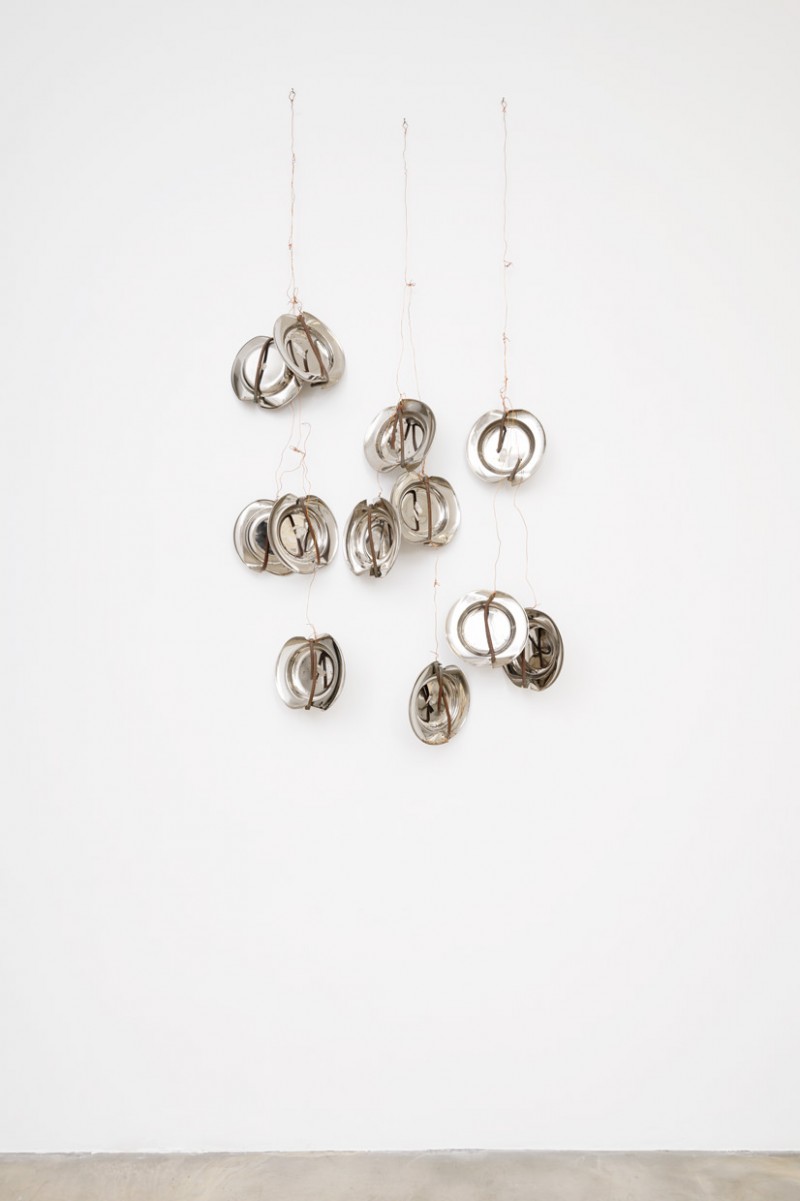 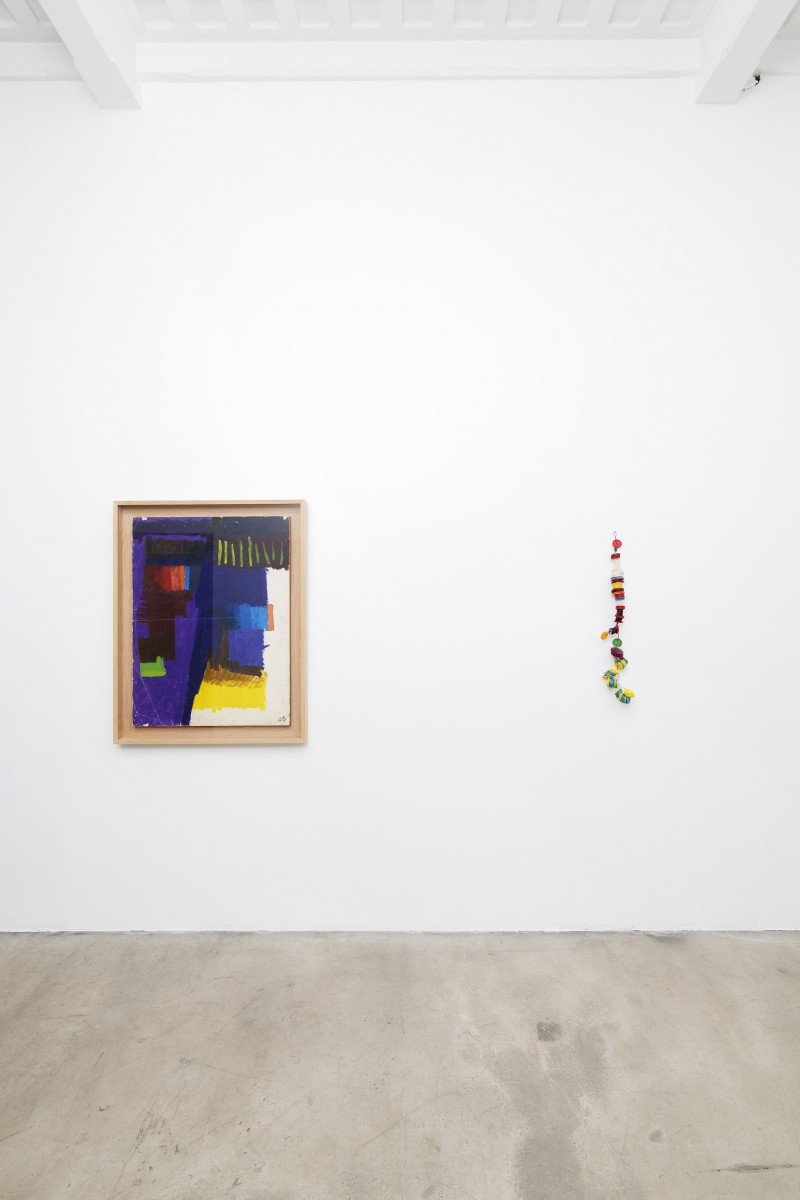 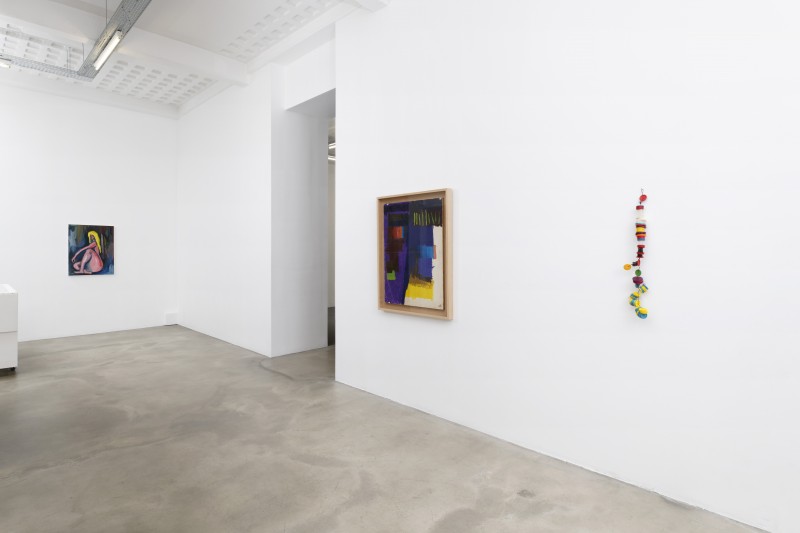 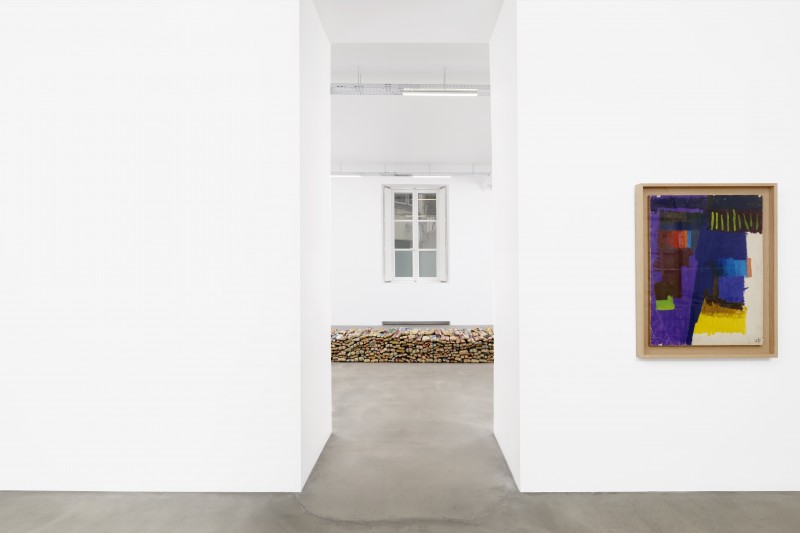 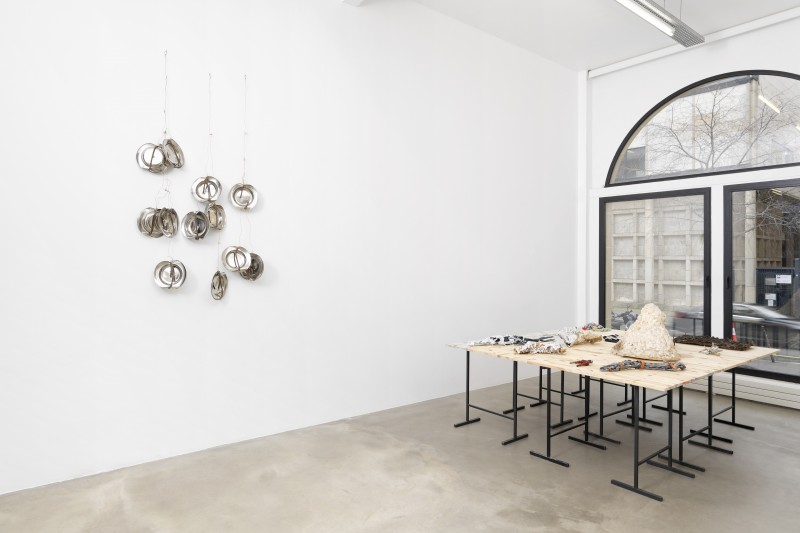 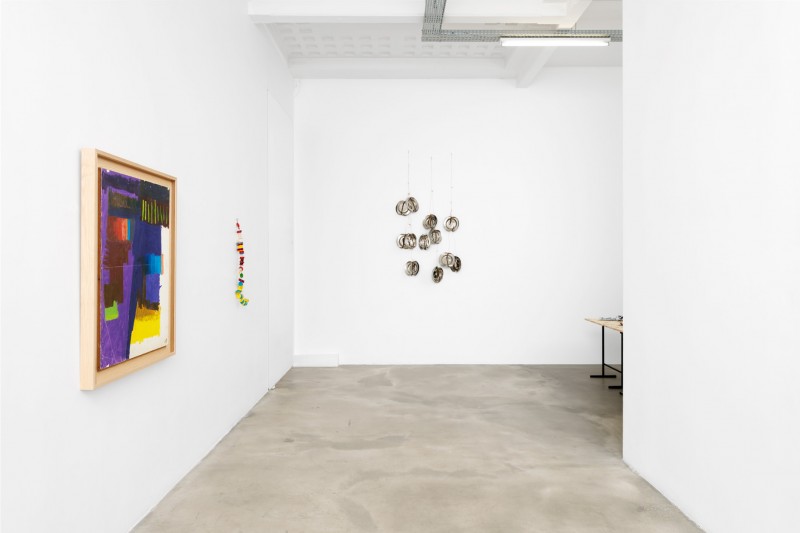 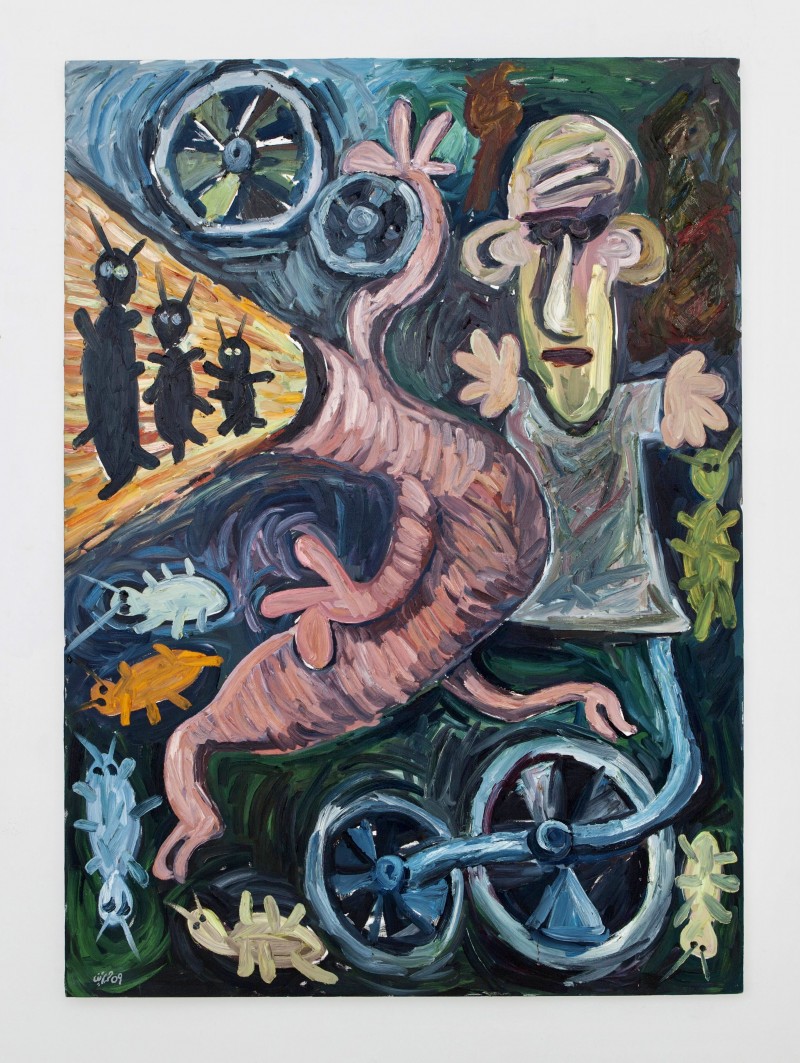 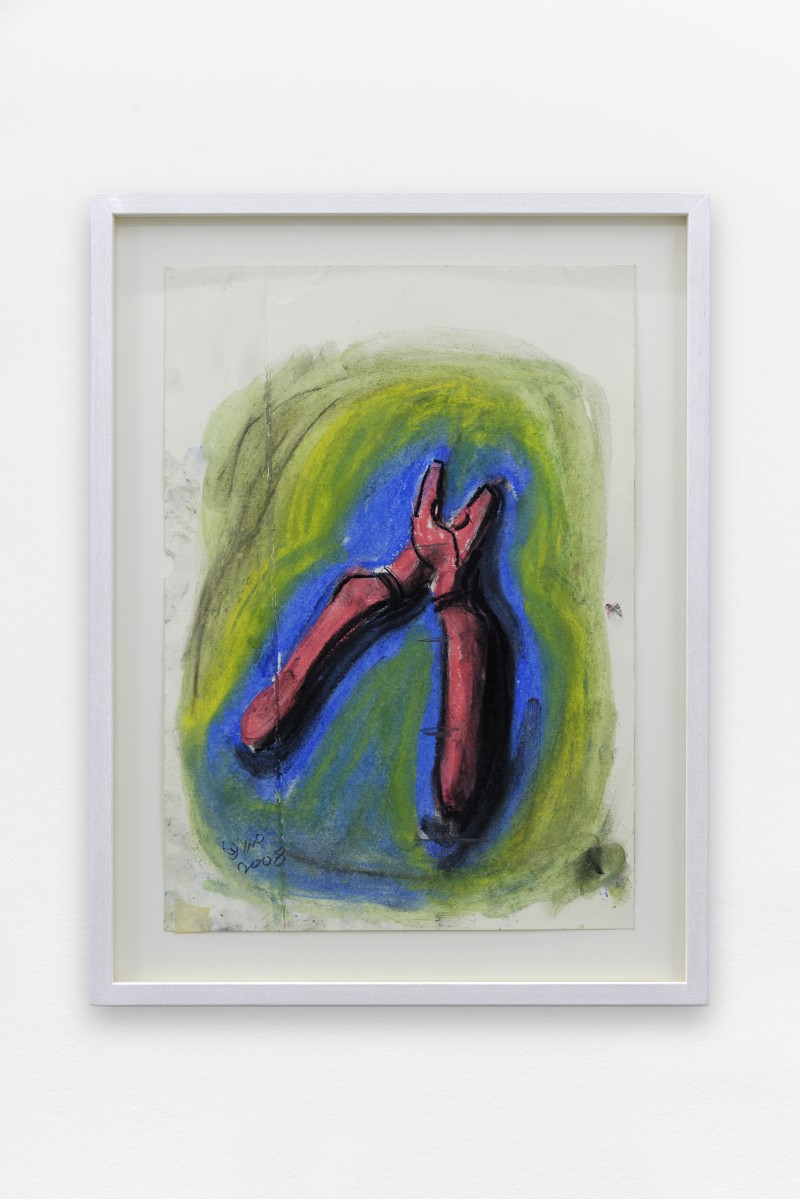 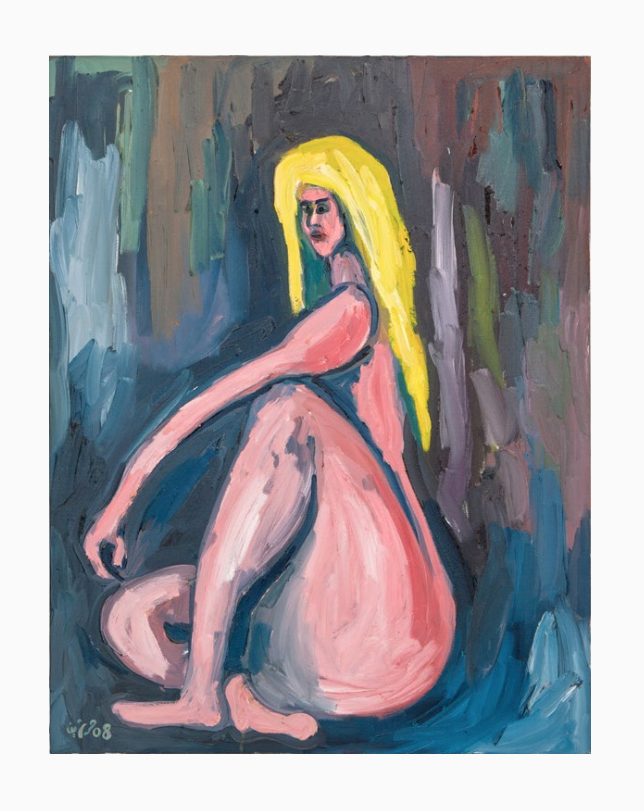 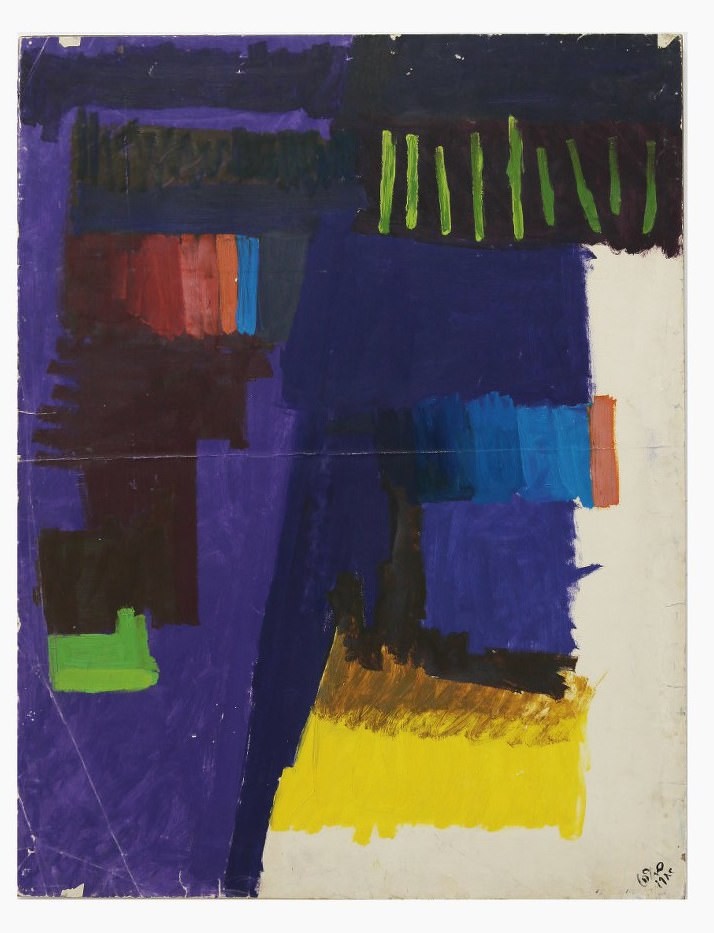 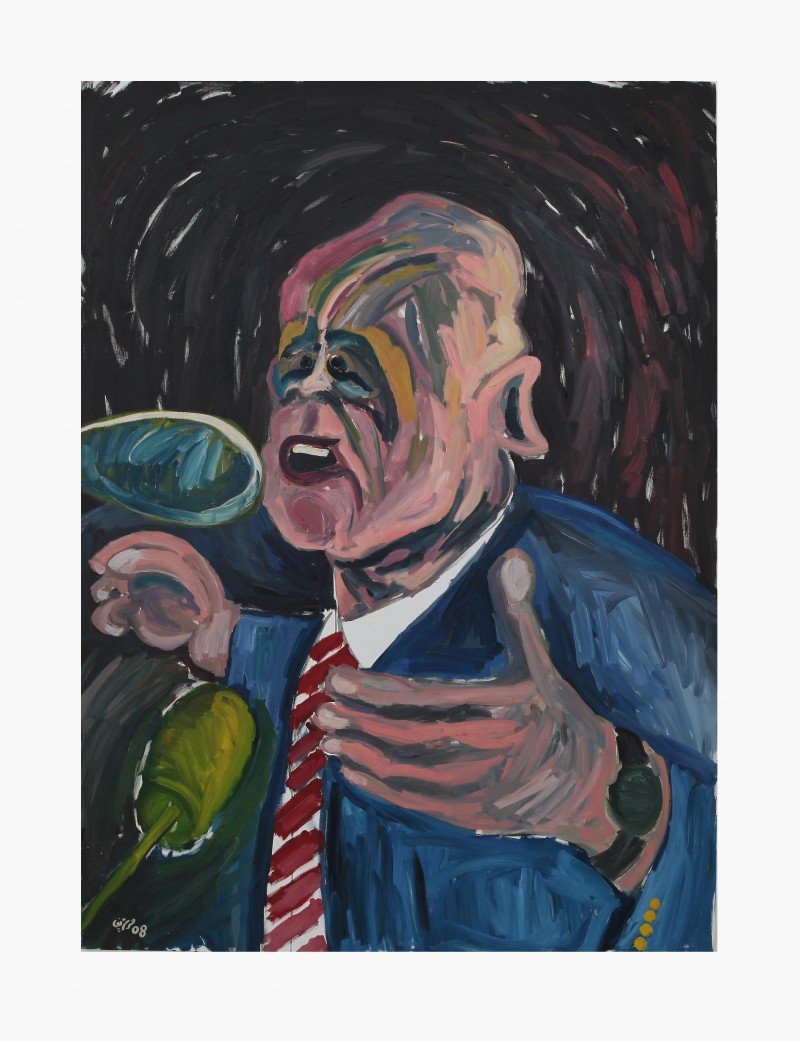 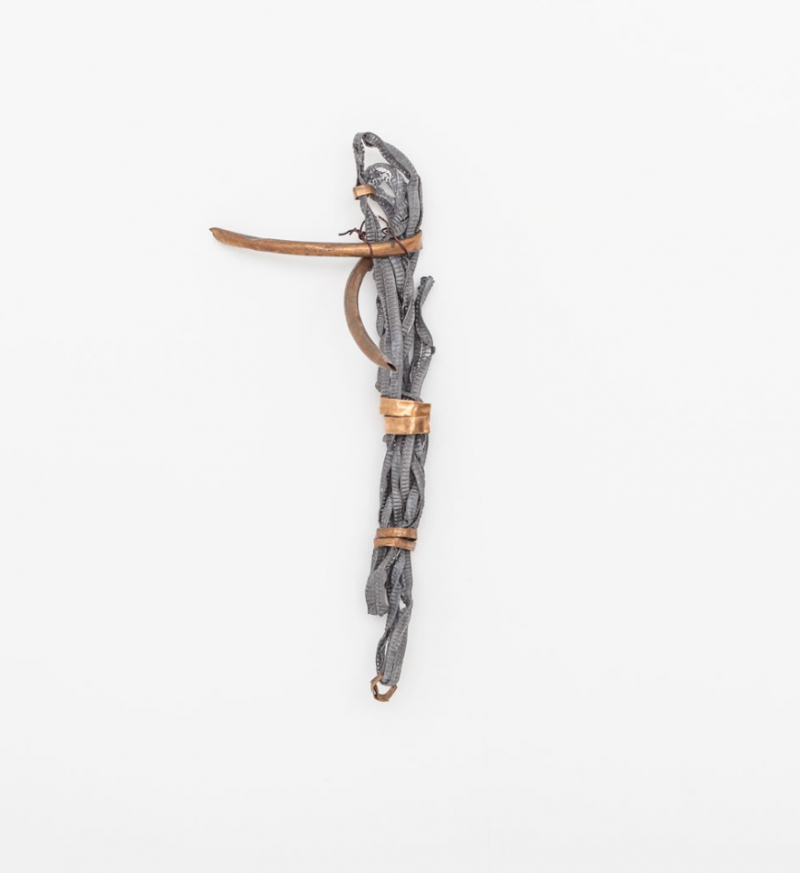 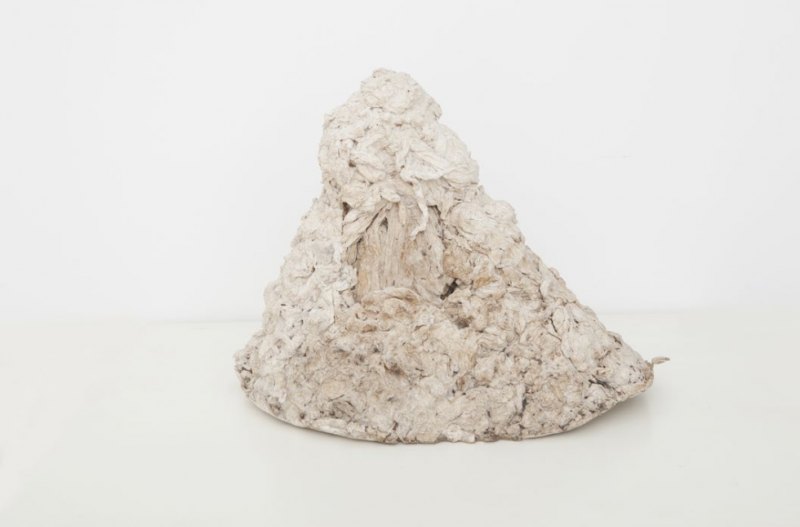 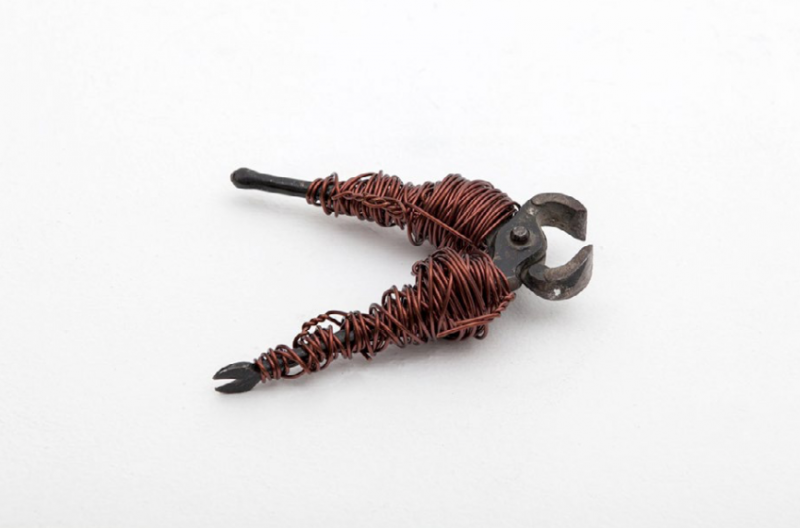 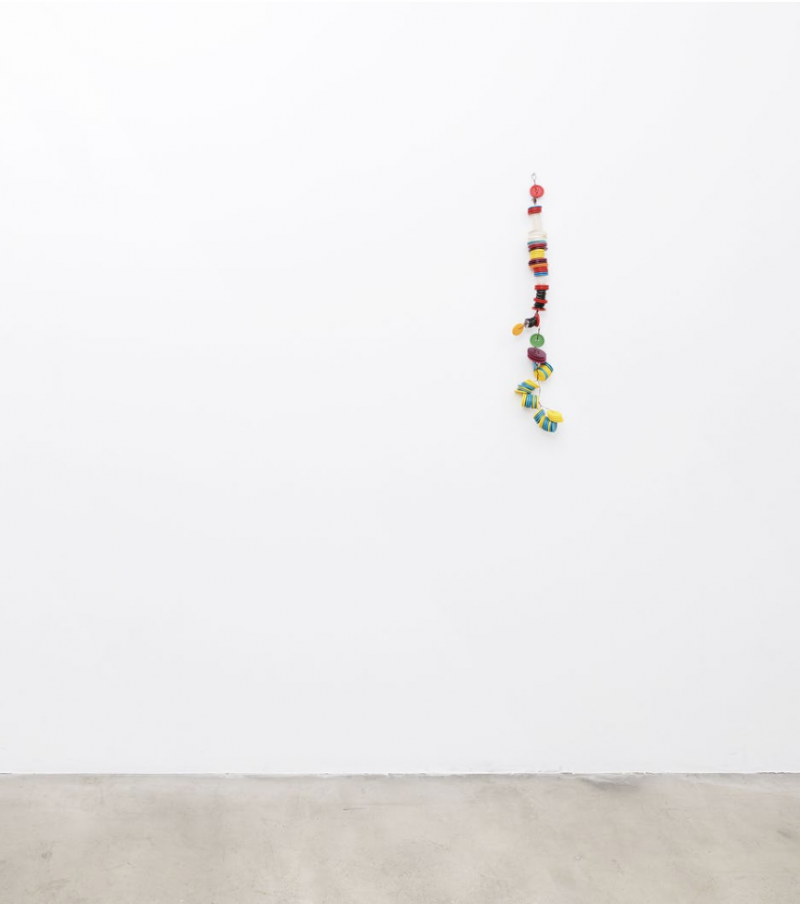 Since the late 1970s, Hassan Sharif has opened a space in which the imagination, the subjective and the individual resist a formatted thought and a consumerist society. He questioned very early on the need for new forms of individualism while inviting everyone to take an interest in others, their mode of operation and their knowledge.

Often his works distance an absurd world by producing what the artist calls ‘positive irony’; his painting Economic Crisis (2009) represents a grotesque scene in which the artist describes the effects of the 2008 economic crisis: a swarm of ants comes out of his hiding place to celebrate the crisis that destroys everything, even the pesticide companies. In the painting Press Conference (2008), it is the same satirical feature present in his caricatures of the 70s that parodies vain political speeches as if man never learned from his mistakes. His installation Press Conference (2009), made up of 703 elements, embodies the way in which information linked to these conferences is reported and disseminated in public space. A pile of more than 700 newspapers, manipulated by the artist, folded, glued and then tied with colored ribbons day after day, stands out as an act of resistance. Daily action on current events could perhaps make it more intimate for the collective. As if rehearsal time freed society.

From his experience of the authority of a social system Hassan Sharif suggests a way to escape from it, creating unpredictable structures in which error also has its place and where one can give a certain order at random.
The individual is at the center of the work, between the artist’s “I” and the collective values of society. The work avoids the plural voice of ‘Us’, because the‘ us’ challenges incompatibility and difference. The space occupied by Hassan Sharif’s work is both public and private because it integrates the other while increasing it by a subjective time, a singular duration often close to boredom or meditation. In order to thwart the conventions and the rules to
which we are conditioned, he imagines temporal detours, measures closer to our body and our human scale.

In order to tell the fragility of our lives, he plays with the differences, these do not oppose but complement each other (as in his series of Semi Systems), the interior and the exterior are one (its series of Objects), objects even when sealed can potentially reveal what they hide (his series of Books and Boxes), the domestic (by transforming his everyday tools into works) coexist with the great myths (his series on Venus). Humanist, on the fringes of different cultures, his work in movement, like a musical score, unfolds with as much modernity as accuracy.