Starting with his earliest work, the Thai artist Pratchaya Phinthong has made movement a central element of his artistic endeavor. While initially focusing on the personal experience of travel and an urge to share it with others as an exploration of the making of cultural identity at a time of intensifying globalization, the artist has in recent years turned his attention to more broadly shared concerns with projects addressing economic, social and geopolitical issues which at first appear remote. As such, recent works have been built on the interactions between different communities, transforming artistic expression into the mundane through social and political undertakings. And inversely, interpreting real and shared experiences for the realm of art. With a critical perspective on contemporary economic models, and alert to the impact that the global exchange of people, goods and services has on all sorts of value systems whether they be economic, cultural, symbolic or human, the work actualizes the often invisible relationships found in disparate contexts. 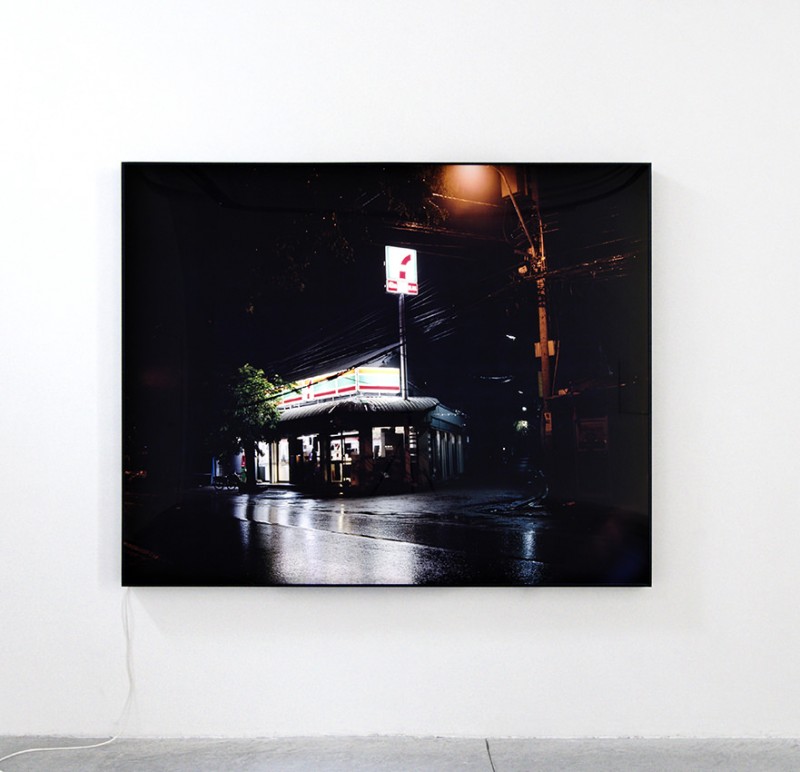 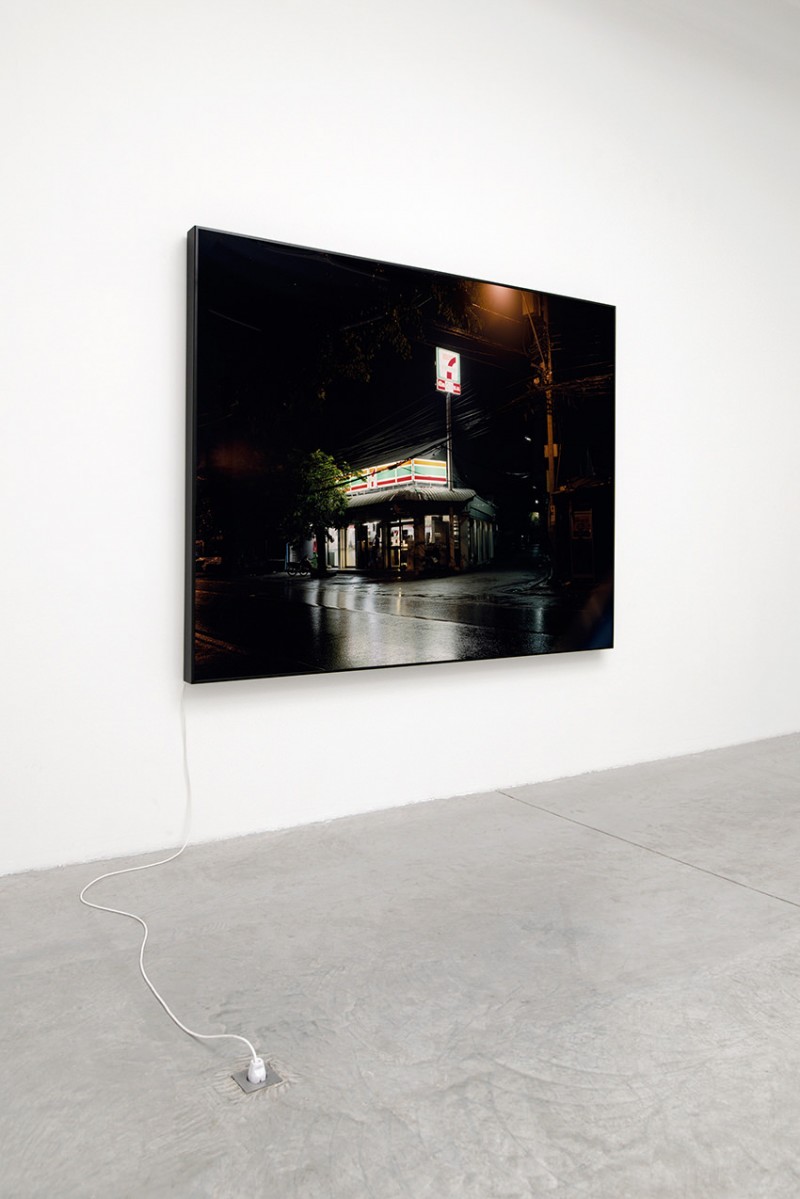 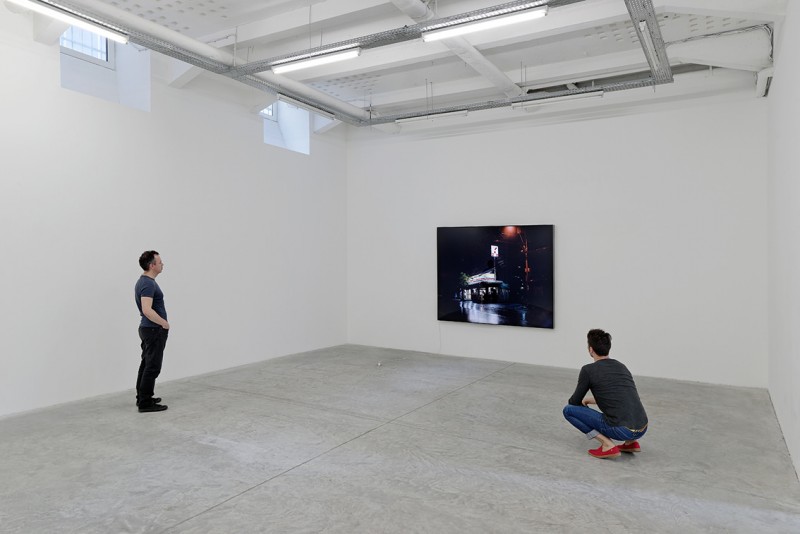 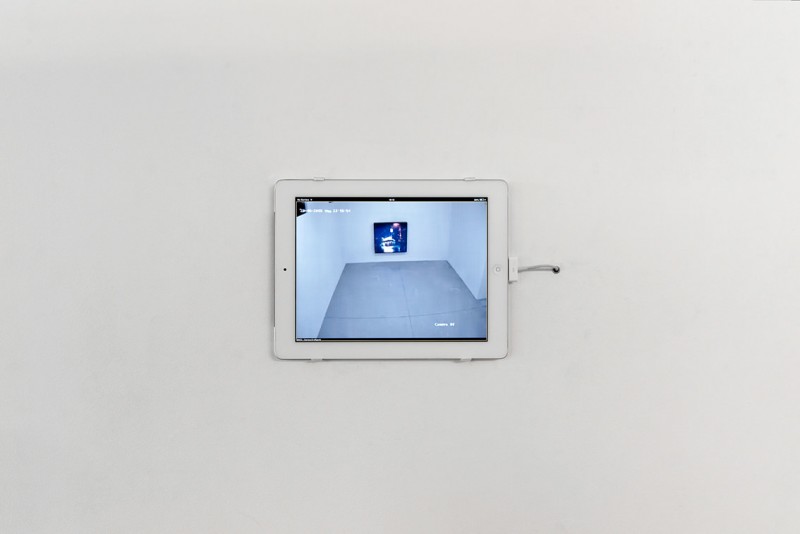 Who will guard the guards themselves
CCTV system, wood construction, neon lights, light box in Bangkok 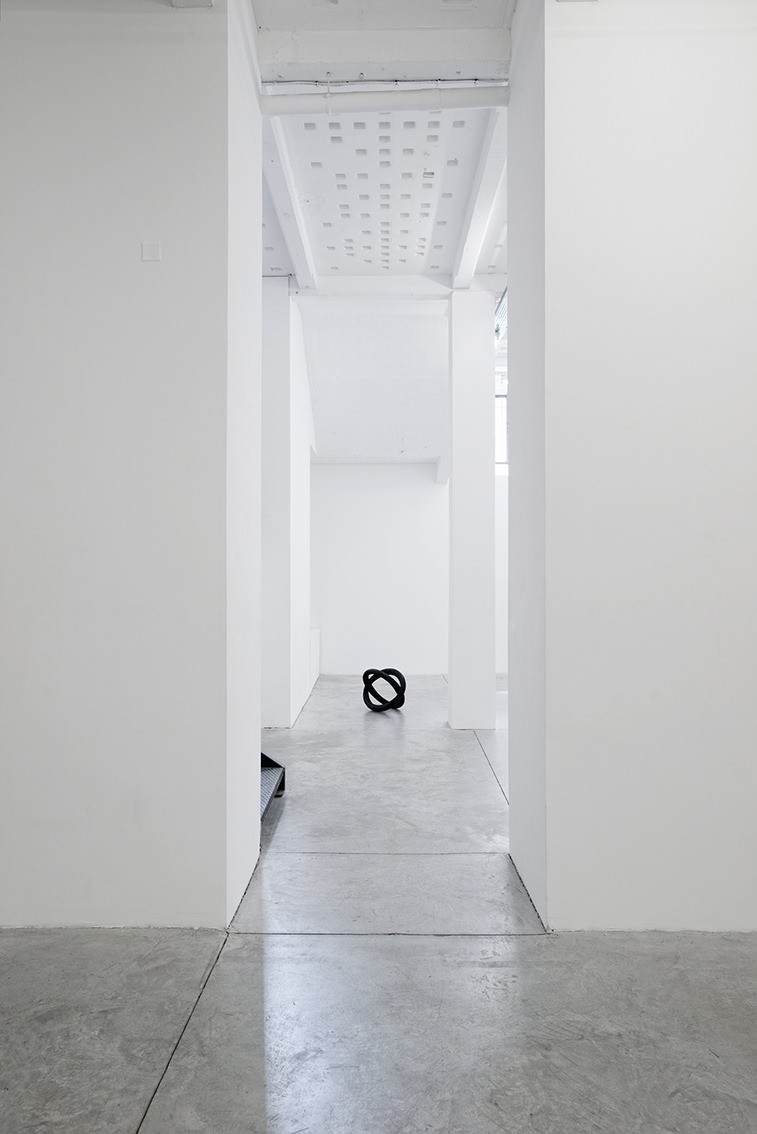 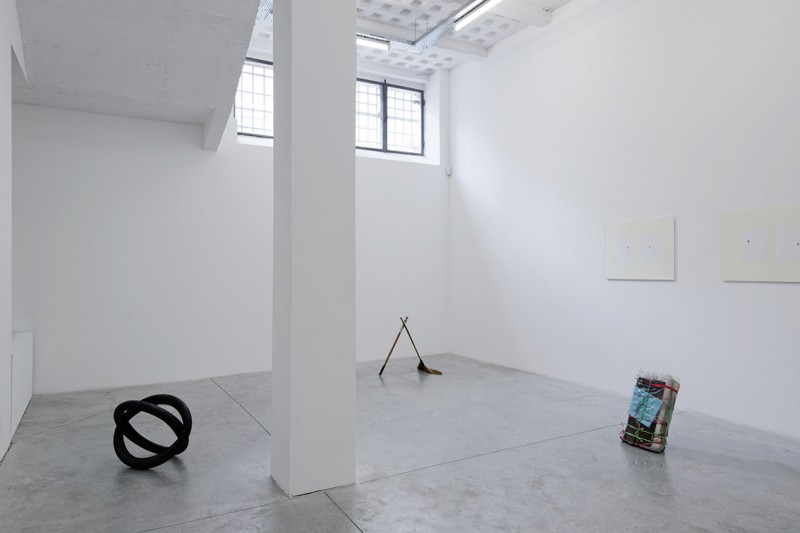 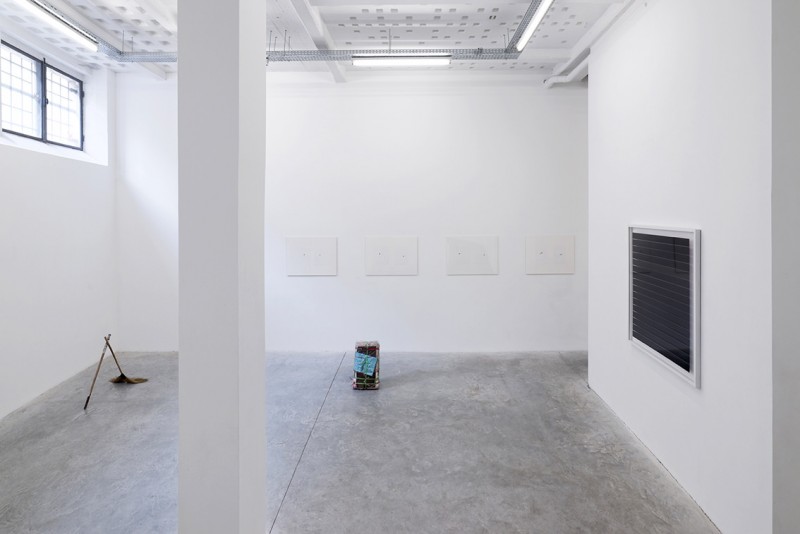 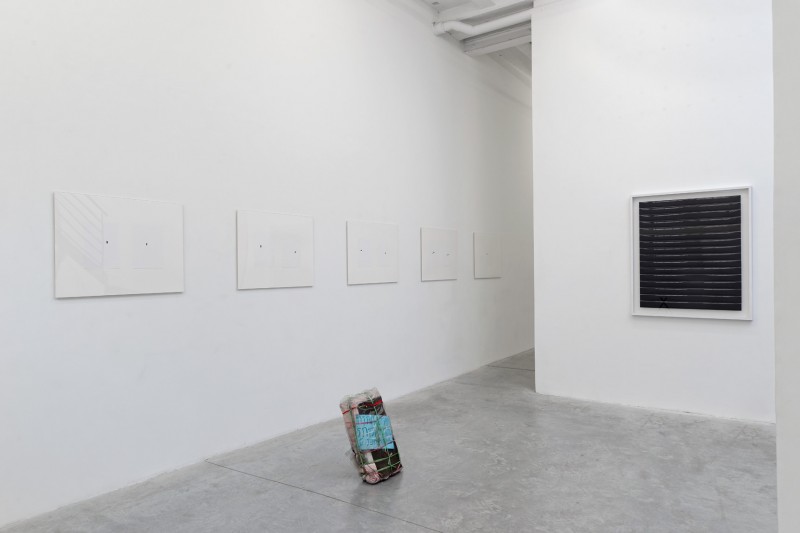 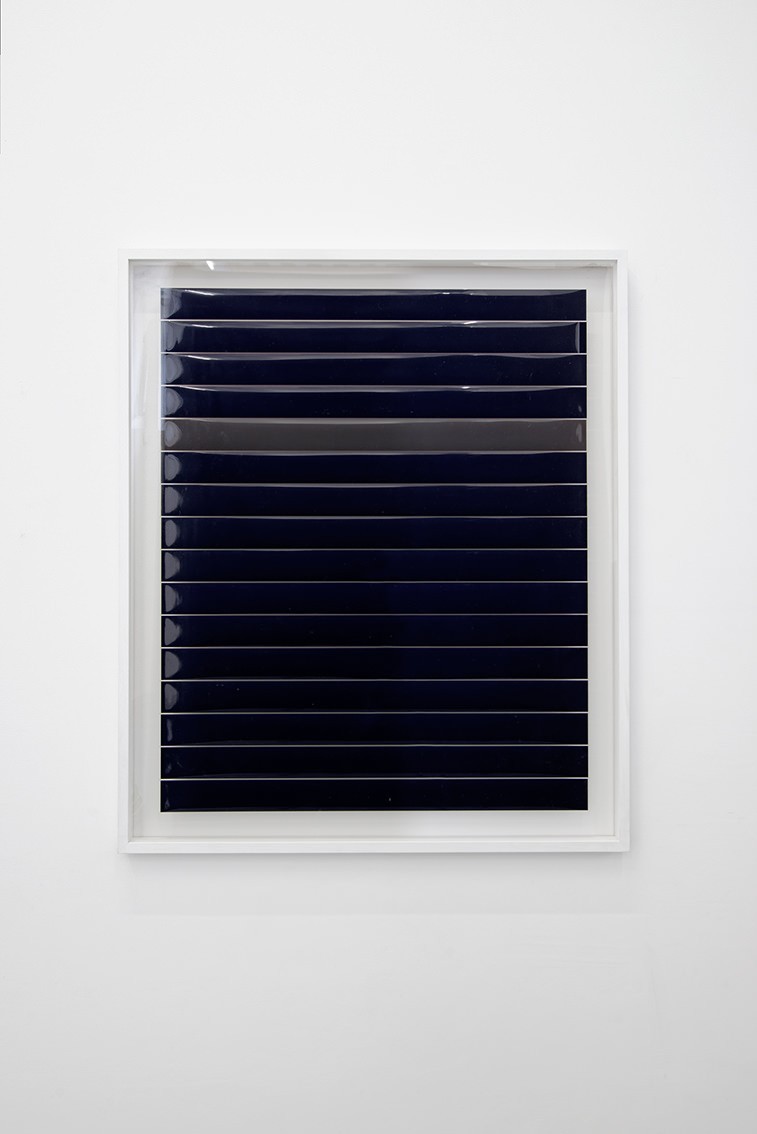 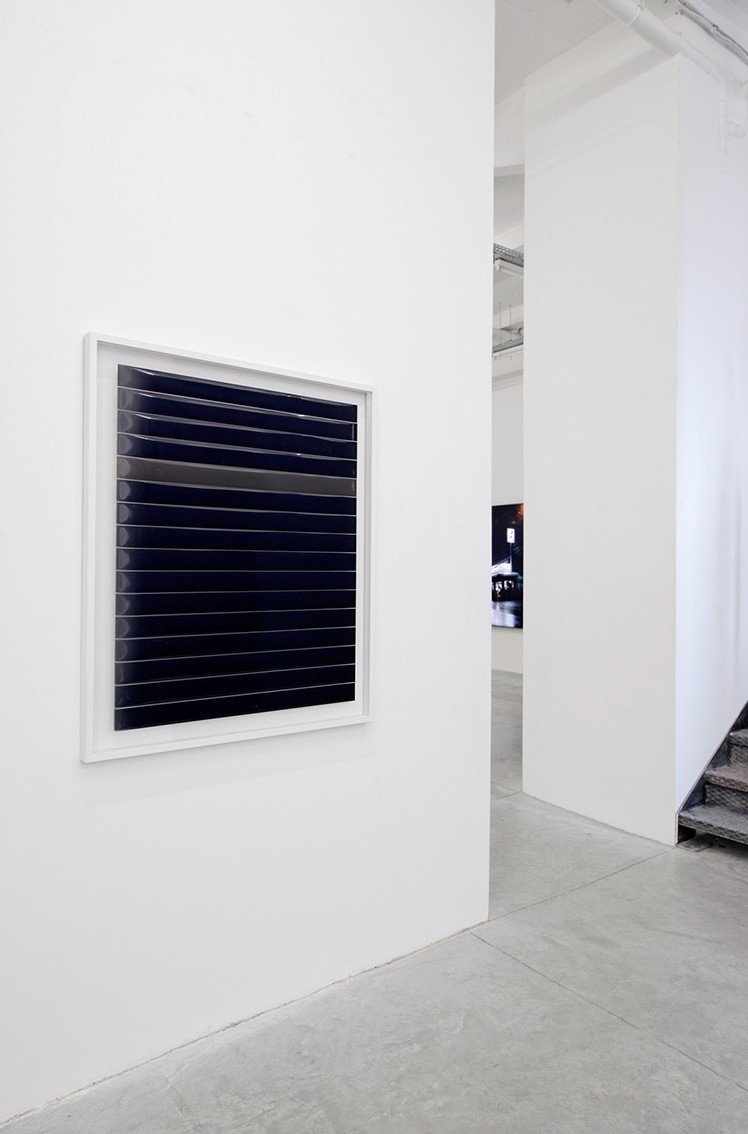 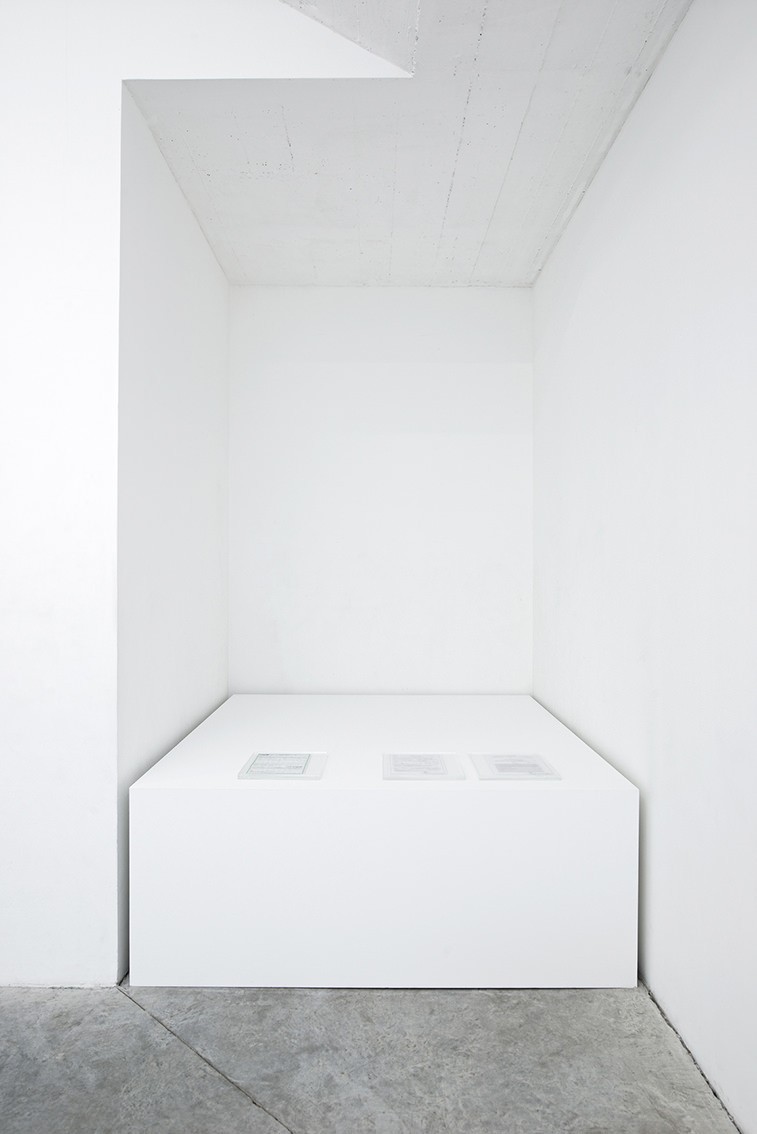 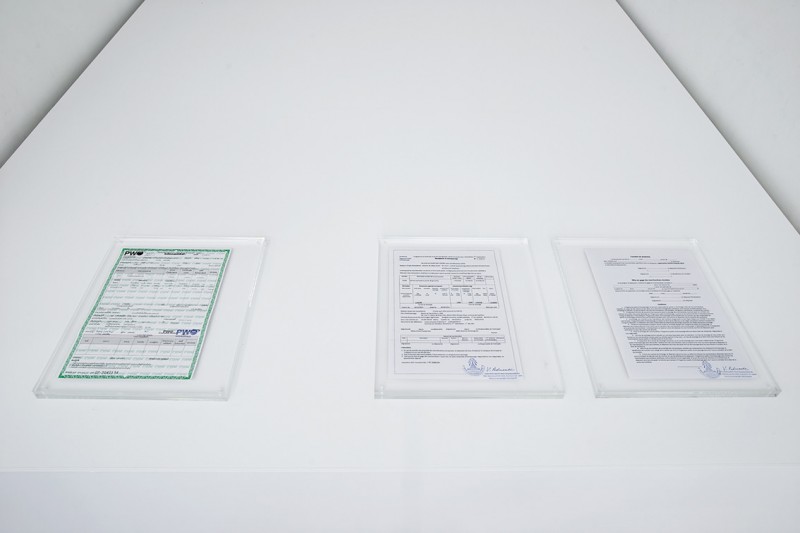 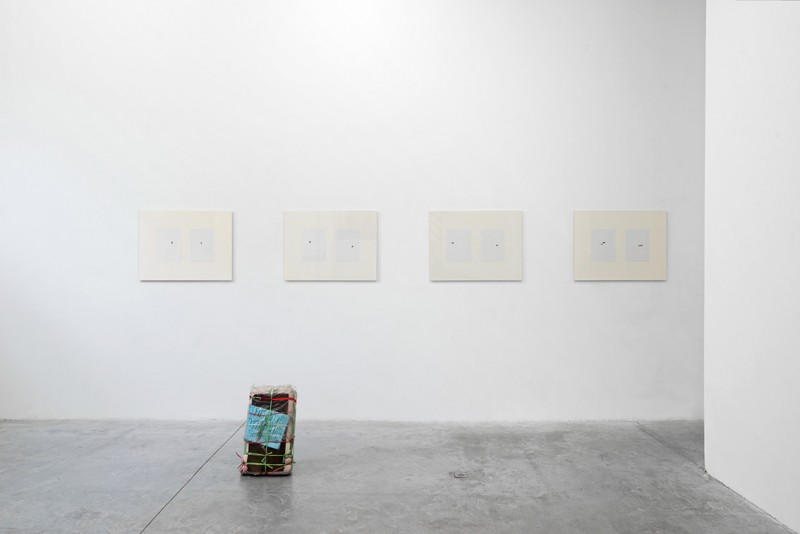 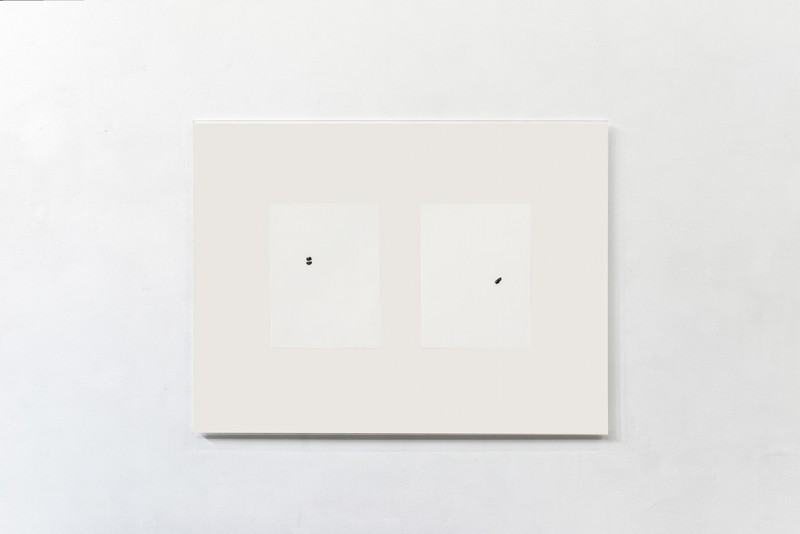 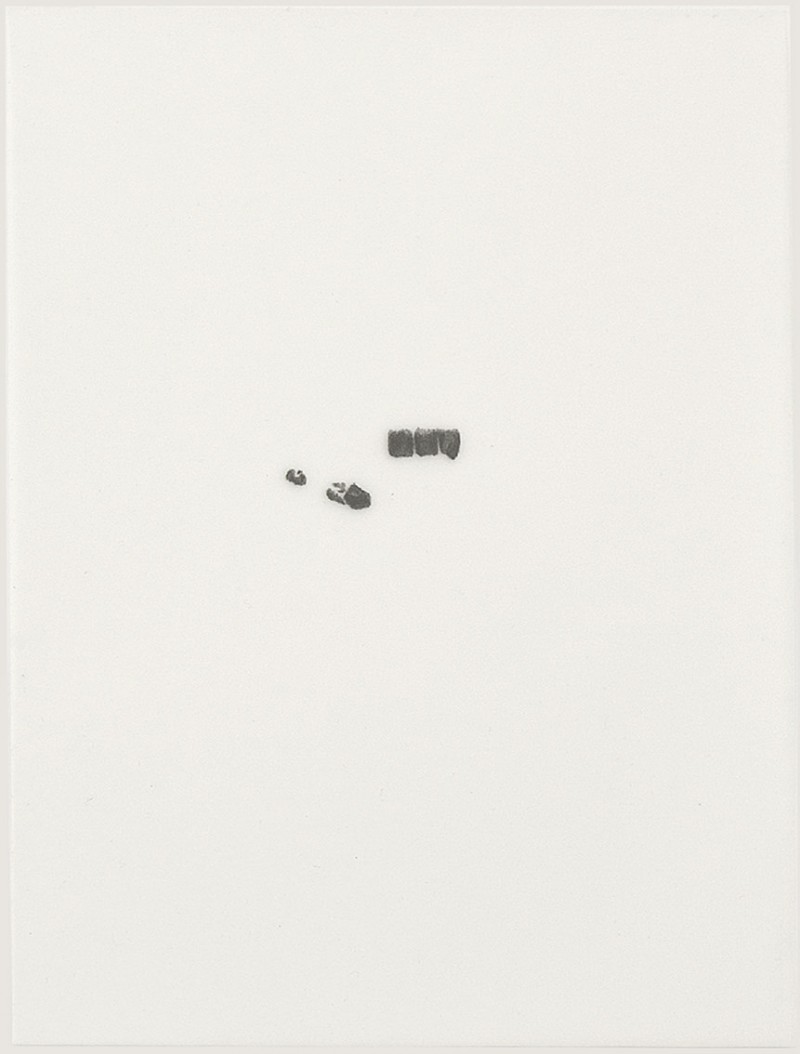 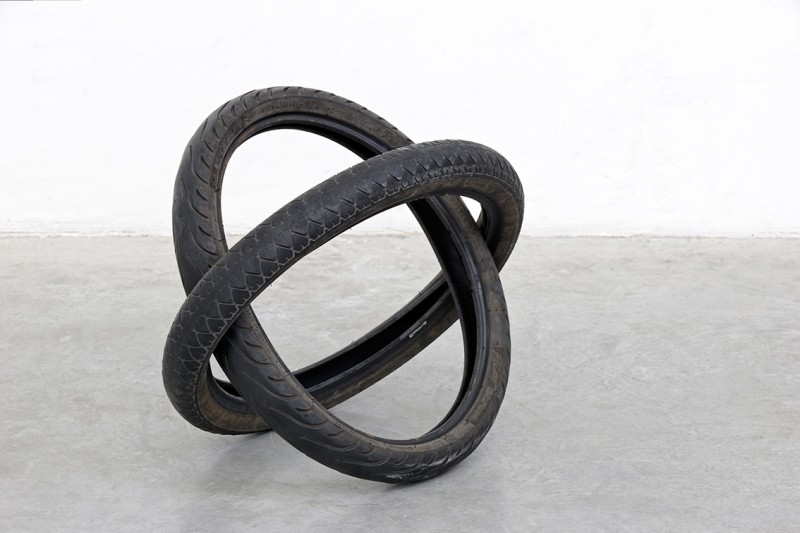 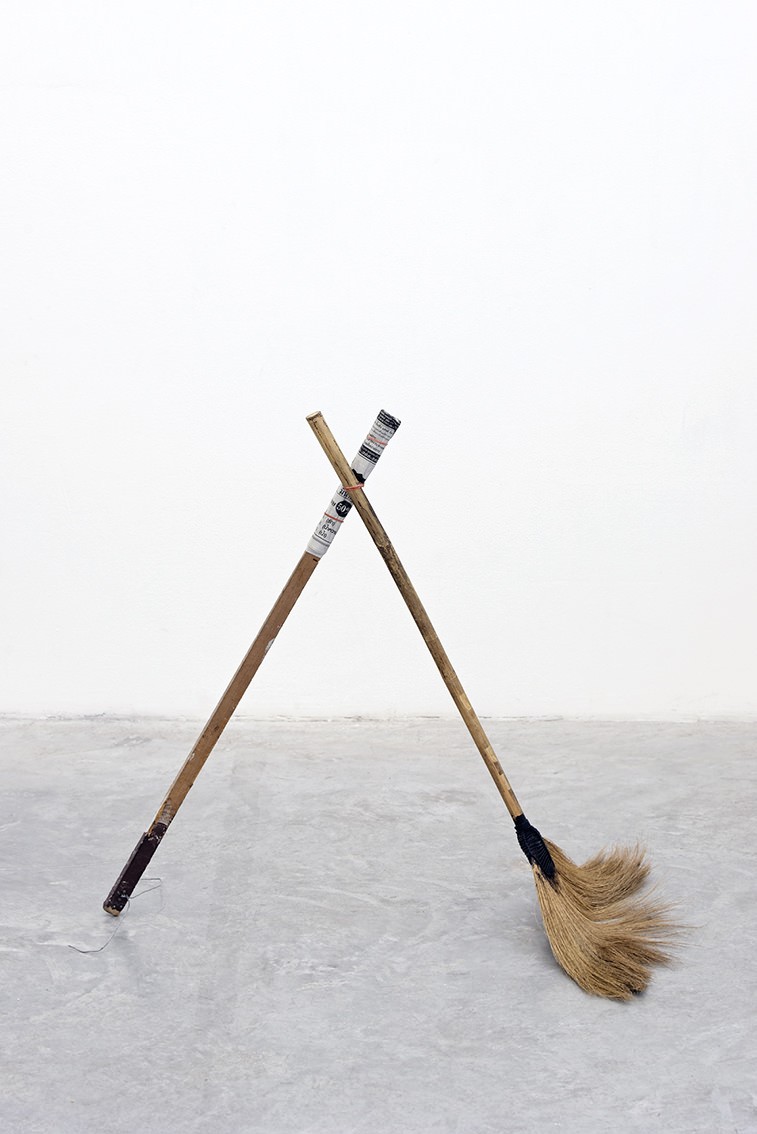 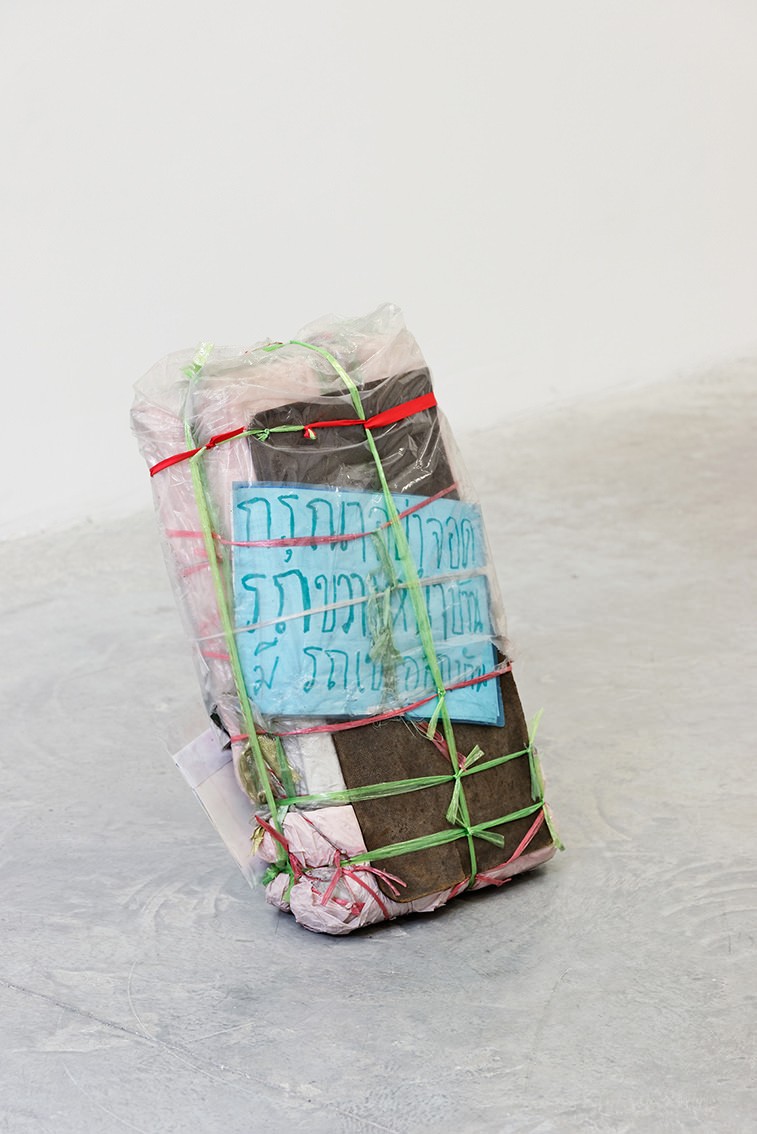 For the new solo exhibition at gb agency, Phinthong targets the distance that separates the Paris exhibition from his home in Bangkok as a kind of filter in order to energize space and time which separate reality from its representation. Gathered and created for this exhibition, for the first time the artist’s work will address more or less explicitly economic and social issues resulting from the instability of the political situation in Thailand, bogged down in crisis after crisis since 2006 and dividing the country.

The exhibition begins with a photograph taken at night by the artist after a military coup on 22 May 2014 and three weeks of army imposed curfew in the Thai capital. The image is of a storefront 7-Eleven—an early indicator of global commerce doing business 24/7—which here has been deserted and, though lit up and nonetheless closed for business, becomes a symbol of the devastation of daily life brought on by repression.

Presented in a large light box Who will guard the guards themselves (2015) is in an empty room in the gallery, the first impression of the work is from images via a surveillance camera shown on an iPad attached to the wall of the office at the entrance to the gallery. Here though while it has become banal and domesticated, this mechanism for control also turns out to be ambiguous. The live images in fact are not those of  the gallery, but of its 8/10 scale replica that the artist constructed and placed in the very heart of Bangkok nearly exactly a year to the day after the 2014 coup and the imposition of martial law. Positioned in front of the Bangkok Art and Culture Centre on a square that has become a place for protests and rallies,  and an area that is also prone to confrontations and arrests, the replica which is sealed from the public offers passersby a glimpse through a glass partition of the light box containing the photograph shown in Paris. While at first inaccessible, this half-real, half-fictional display installed where official institution and public space come together, will subsequently become a mobile exhibition space for university students in Bangkok.
By replicating the exhibition space of a private Parisian gallery in the public arena in Bangkok, and through the use of copying to emphasize the separation between a situation, its interpretation and its transmission, the artist has created a temporary monument which is under surveillance and that explores the capacity of art to play a role in public debate.

Shown in an alcove, the piece Untitled (rice) (2014) refers to the scandal of the so-called “rice-pledging scheme” and evokes the complexity of political and economic systems that nowadays affect the lives of millions of Thai people. Following her election in 2011 thanks to the massive support of rural voters, the populist Prime Minister Yingluck Shinawatra - who has since been charged with negligence and corruption - set up a government program to buy Thai rice at inflated prices. In exchange for a debt certificate ensuring them full repayment within three months, rice growers were encouraged to consign their production to government stockpiles. However, due to the increased production from competitor countries the global market price of rice fell, and along with corruption within Shinawatra’s party, the government failed to raise the necessary funds and pay against its promises. Rice growers who weren’t paid were unable to make good on their own debts, and bankrupt farmers revolted and acted out in desperation.

In response to the events, Phinthong proposed that the Steirischer Herbst Festival (a multidisciplinary arts Festival in Graz, Austria which had invited the artist) use the budget otherwise set aside to produce a new piece be instead used to purchase the debt obligation of a rice grower who had participated in the government program and who would agree that the  debt certificate become a work of art. Evidence of the links between the economy of art and the overall economy, the original certificate has been placed side by side with its translation onto a large plinth whose volume is equal to the quantity of rice sold, had that rice been placed in the gallery.

From the economic consequences  of a political failure in Thailand to the country’s nationalist and authoritarian detours, and from the invisible materialization of hundreds of kilos of rice to the materialization without image of a volatile situation, the piece Suasana (2015) is a silent witness to the meeting between the artist and a group of women who are victims of terrorist and belong to an association of widows from the Pattani region in the south of Thailand. The poor rural region is Muslim Malay majority and since 2004 has been the site of a guerilla insurgency led by independence seeking extremists. After hearing a radio report, Phinthong met the women and learned of their association called Nam Prik Zauquna which produces chili paste from local ingredients with the aim of gaining financial independence. Suasana (meaning atmosphere or ambience in Malay) is the outcome from that meeting in the volatile region. The feeling of insecurity was so great that the artist refrained from taking any photos, and instead asked the women to expose to daylight the film he had brought. He also placed orders for the association’s chili paste and has intended to tell their story via his own exhibitions, hoping to add to their network. Thus the intensity of the meeting is expressed not only by the absence of images on the exposed films which have been mounted between glass, but also through the sharing of “explosive” flavors coming from the chili paste the artist uses to prepare private or public meals at the time of his exhibitions.

Exploring these exchanges between the collective and the individual, and the intimate and the public, in the gallery the artist has placed a series of found objects used in Bangkok’s streets to guard parking spots. ”Unwitting” ephemeral sculptures from repurposed items of everyday life, the pieces, Social Sculptures project (2015) reveal a creativity at once spontaneous and under constant rejuvenation in the occupation of the public space.

Finally, like a dotted line between the works, Phinthong has produced a series of drawings, Internal rhyme (2015) of the inside of his mouth while outside of the house in a Parisian suburb where the political exile Pridi Banomyong (1900 - 1983) - known for having worked to overthrow the Thai absolute monarchy in the 1930s after studying in France- spent his final days. In front of the house, the artist tried to draw his teeth and the inside of his mouth by guiding his fingers with his tongue, subjecting himself to a form of silence in reference to the threats facing democracy in his country. An homage to those we don’t hear, the drawings  also refer to the difficulty, if not the impossibility to express oneself distinctly while searching for the right tools, as true according to the artist about the fate of Pridi Banomyong as it is about the current situation in Thailand.

Who will guard the guards themselves? From Paris to Bangkok, and from Bangkok to Paris, from personal experience to shared reality, the works shown in this exhibition - whose title is derived from “The Satires” of the Roman poet Juvenal - highlights with mute tension the excesses of a political system in crisis, and the capacity of art to explore its human consequences. If the  form of the work is minimal—if not to say mute—the pieces aren’t any less meaningful. Through a process of analogy and implied conclusion, the works reveal evidence of actions which evoke a portrait in counterpoint of the artist’s responsibility and commitment.