Curated by Lilou Vidal, Bureau des Réalités
with the complicity of Micheline Szwajcer

The different phases along the course of the career of Guy Mees (1935-2003) from the 1960s up to his final works on paper affirm the clarity of his intuitive and poetic vision. The works in this exhibition - from the earliest lace pieces of the 1960s generically titled Verloren Ruimte (Lost Space) and works belonging to the films and photographs series Portretten (Portraits) from the group Niveauverschillen (Differences in Levels) of the 1970s, and the paper cutouts also called Verloren Ruimte (Lost Space) from 1983 - illuminate the artist’s intent.

His non-authoritarian attitude and particular conceptual approach to deconstructing any form of classification engage him in a liberation of working systems, structures and media in behalf of a freedom and openness that is idiosyncratic yet always tangible. The interest and particularity of his work rests in the interdependence between its unpredictable and constructed form and the fragility and transience of the elements which are its only constants. 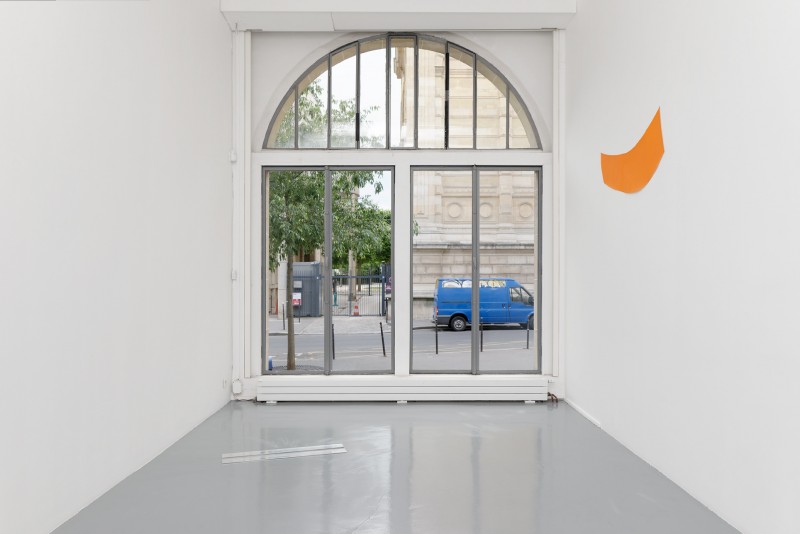 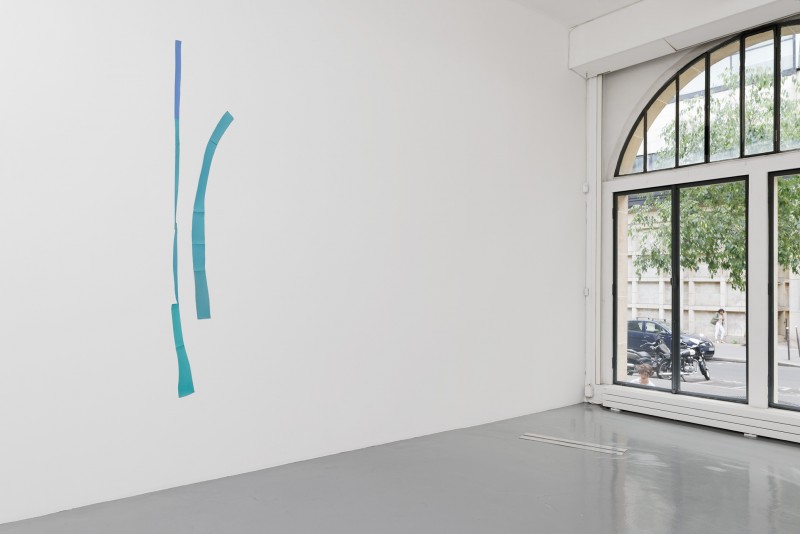 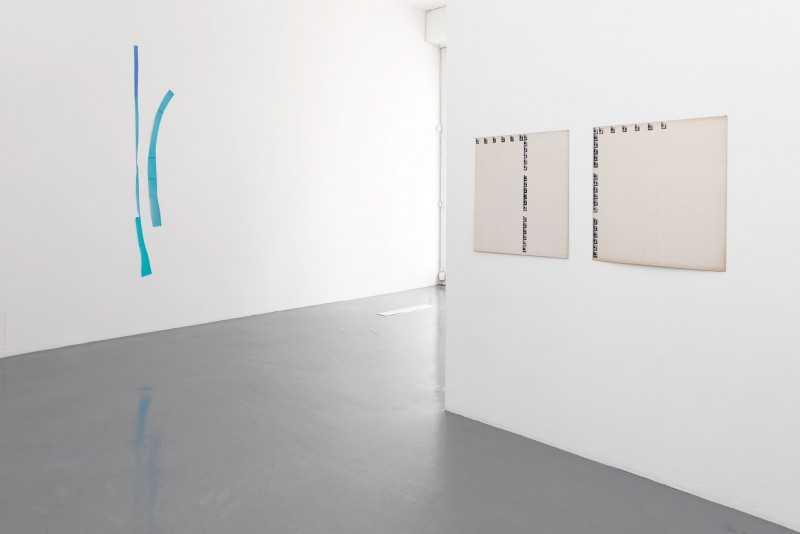 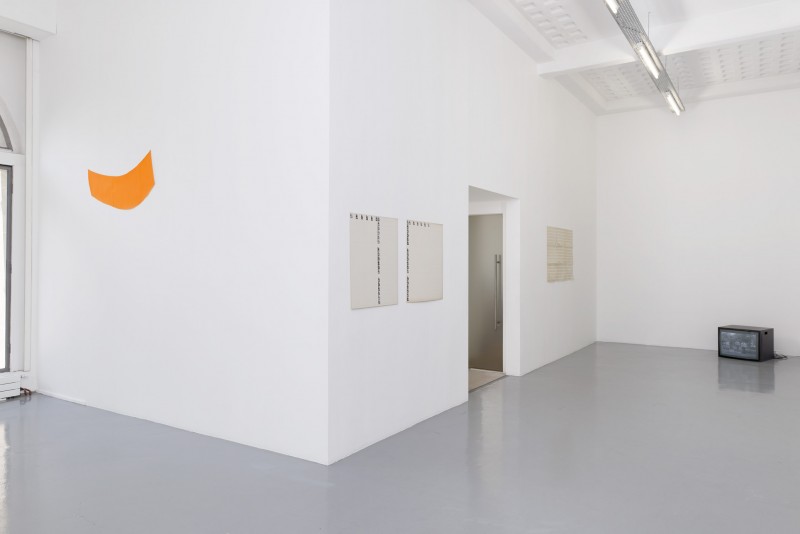 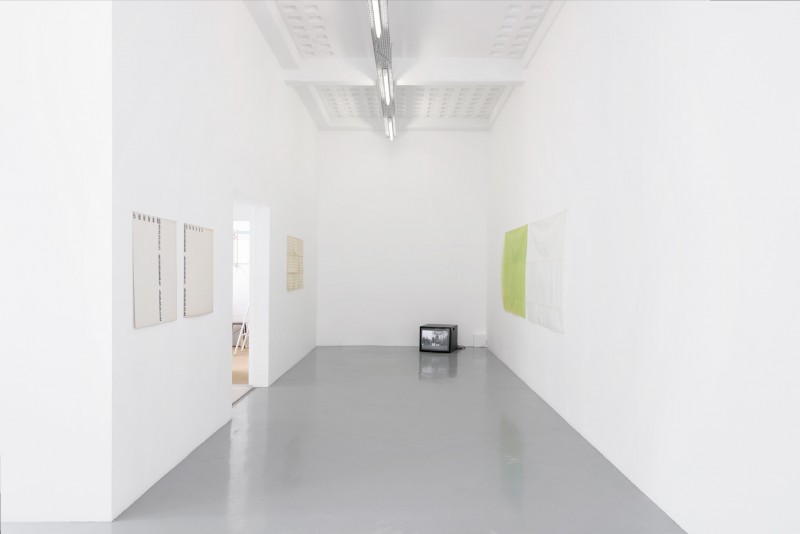 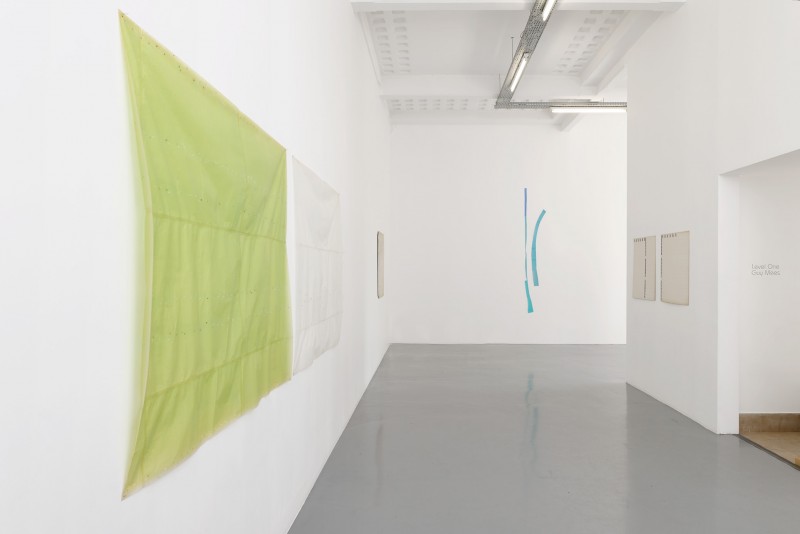 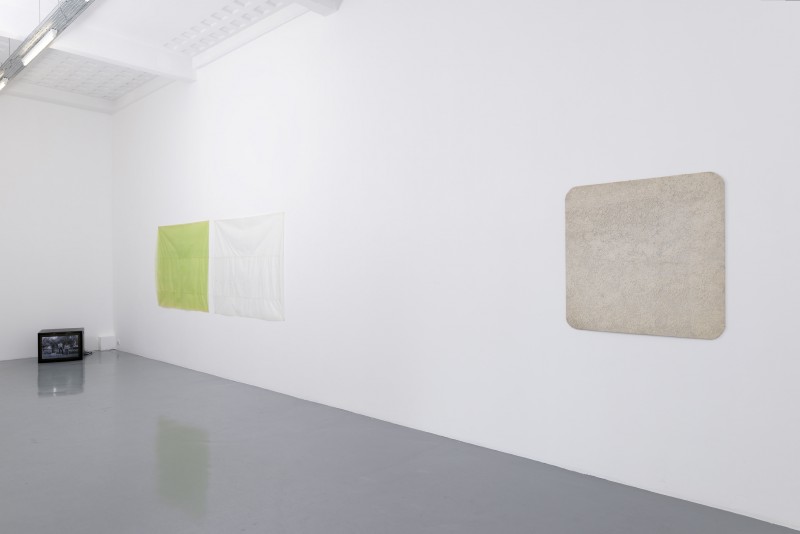 The Portretten films and photo series are reminiscent of amateur attempts, with groups of three people spontaneously placed on three different levels of moveable Ytong cement blocks. While the relative position of the people changes according to the six different possible positions: 123, 132, 213, 231, 312, 321, the series, the people and the environments can vary ad infinitum, demonstrating the changing nature of a phenomenon and the arbitrary nature of the norm. From here emerge the annotated works on paper “1,2,3” produced using photos from contact sheets placed according to a grid, like some sort of sensitive mathematician’s notes.

Apart from the absurdity of these mechanistic endeavors, these films and photos of friends and family provide an interesting portrait of the Belgian avant garde that gravitated around the MTL (Fernand Spillemaeckers) and X-One (Marc Poirier dit Caulier) galleries, in addition to an international view, with the 1974 series portraying Nicholas Serota at The Museum of Modern Art, Oxford.

In concurrence with this photographic and video work, the principle of six positions brought Mees to a new formal exploration of combinations according to a chromatic chart featuring lines in six different colors drawn by hand on sheets of thin paper (i.e newsprint) which he then organised in columns and grouped in multiples of three. While the overall composition, its automatic nature and repetition of pattern and gesture belong to a mechanical process close to the printing press, the sheets’ disposition is slowly distanced from the initial references as we move toward a reading rooted in chance. Slowly the lines begin to reveal a sparse universe of marks of color on thin paper whose emerging design at times nearly mirrored the wall and pierced its interior, opening the way for the paper cutouts Verloren Ruimte (Lost Space).

With regard to the system of exchanges, it is interesting to note that Guy Mees and André Cadere were represented at the same time by Fernand Spillemaeckers, who founded the Belgian conceptual art gallery MTL in 1970. The mistake that was methodically included by Cadere into his ”Round Bar of Wood” pieces and the system of notation in grids that became more and more unpredictable with Mees coincided—-did they share a common desire to bring about errors within the thinking of an both organized systems of things and the system of society?

The Verloren Ruimte (Lost Space) works equally underscore the notion of deconstruction of the frame, the space of the image itself is ruptured and reveals the inbetweenness of gaps and remainders. Whether it’s the white faux monochromes made from industrial lace of the early 1960s mixing minimalist forms with sensual if not erotic textures exposing a varied interior space or rather these more volatile shapes of cutouts pinned to the wall from the 1980s whose fragmentary colors sculpt the forms and voids of the architecture and ‘picturalise’(1) space, the Verloren Ruimte (Lost Space) represent the beginning and the culmination of conceptual and poetic reasoning by Guy Mees, “…filled with that of which he is its outcome, filled with its loss.”(2)