«Each experience has led me to another one and I believe that all my works since 1982 and following caricature stage of 1970’s and until now is a single experience, but a continued one. My works might have similarities but they were not repeated. Each piece or work has its own identity, this is because it came to being in its own time. Each needle stitch when perforating paper differs from the other one because their time is different. I take many months to prepare my works. I stitch, perforate papers. Yes I spent time in meditation; but isn’t life after all continued meditation». 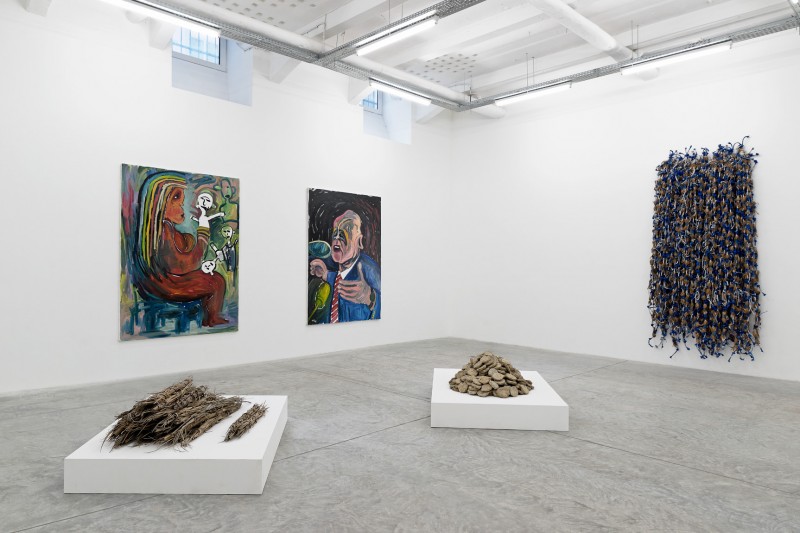 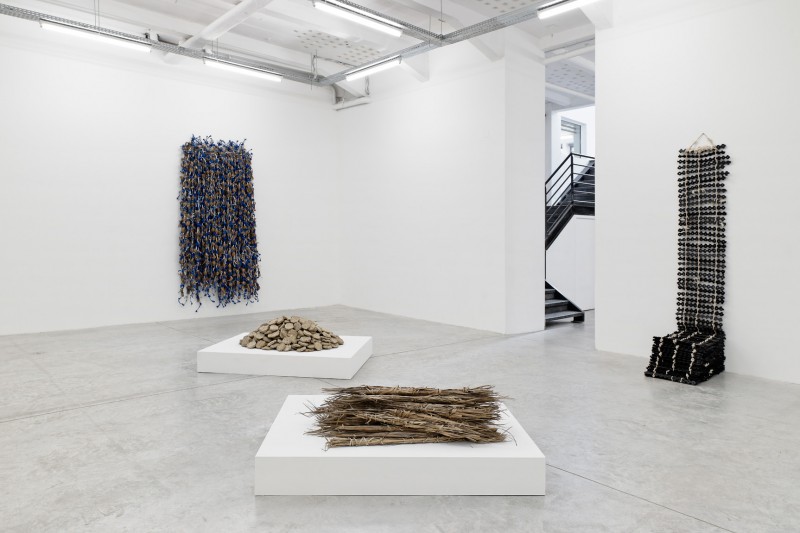 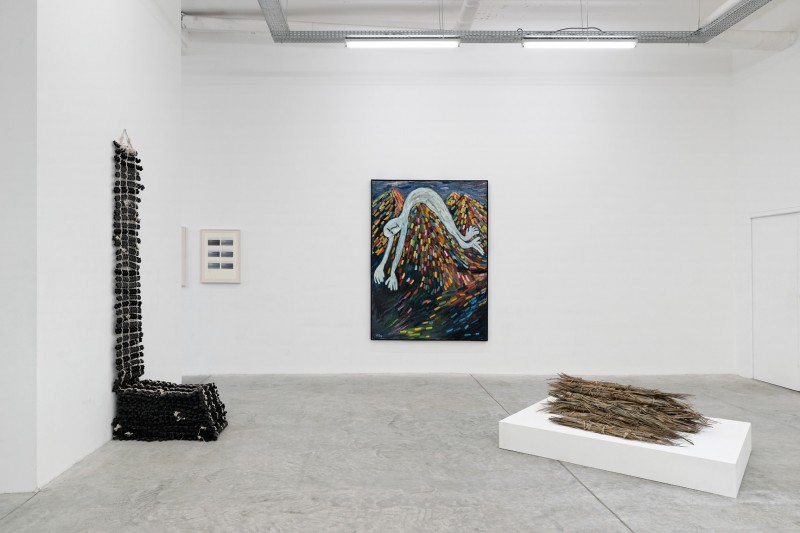 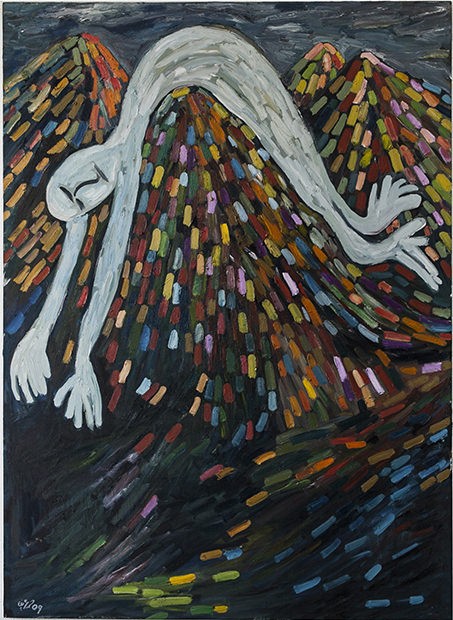 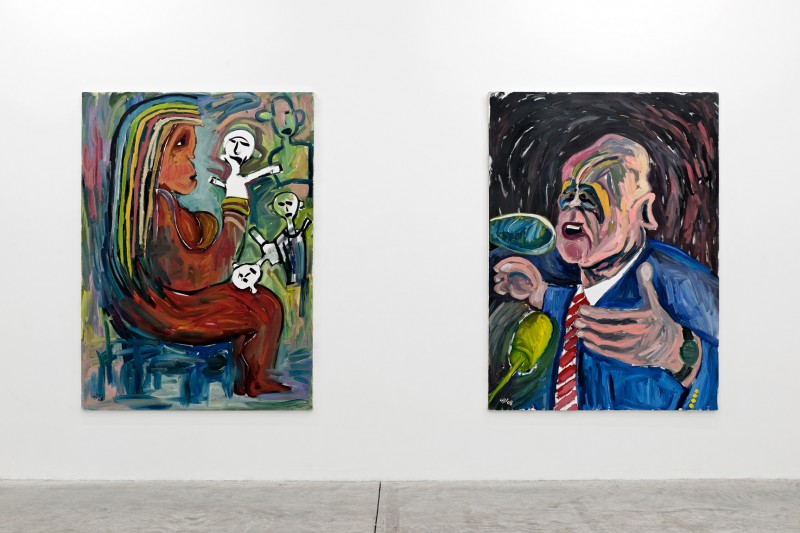 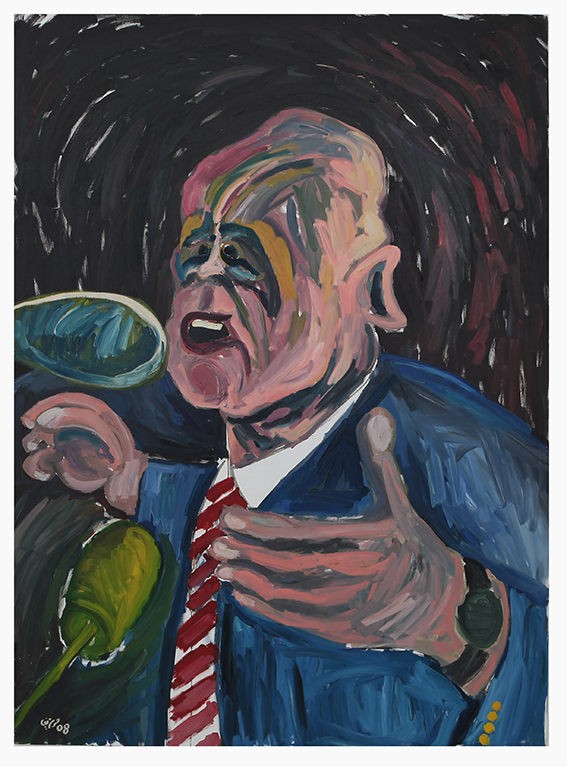 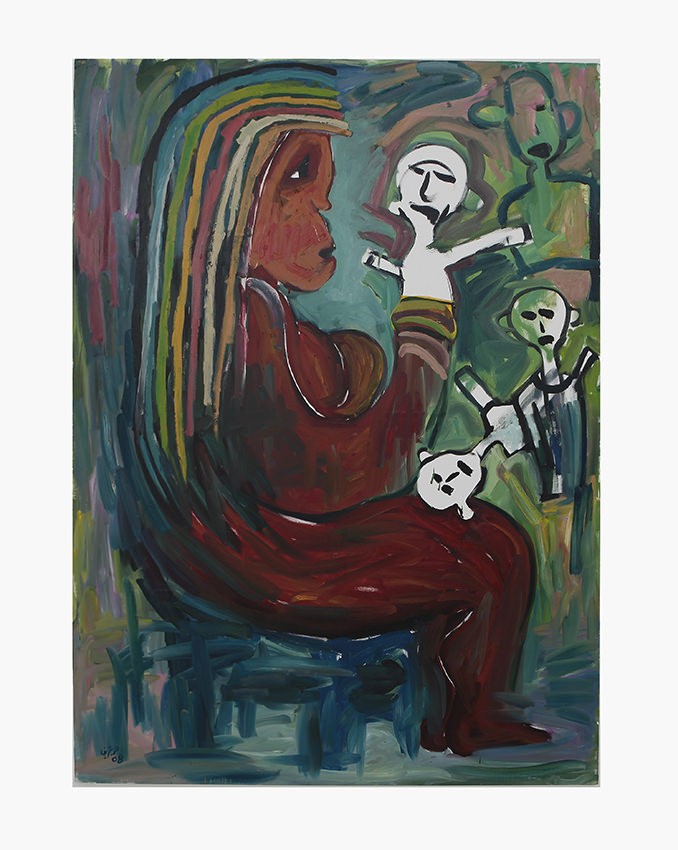 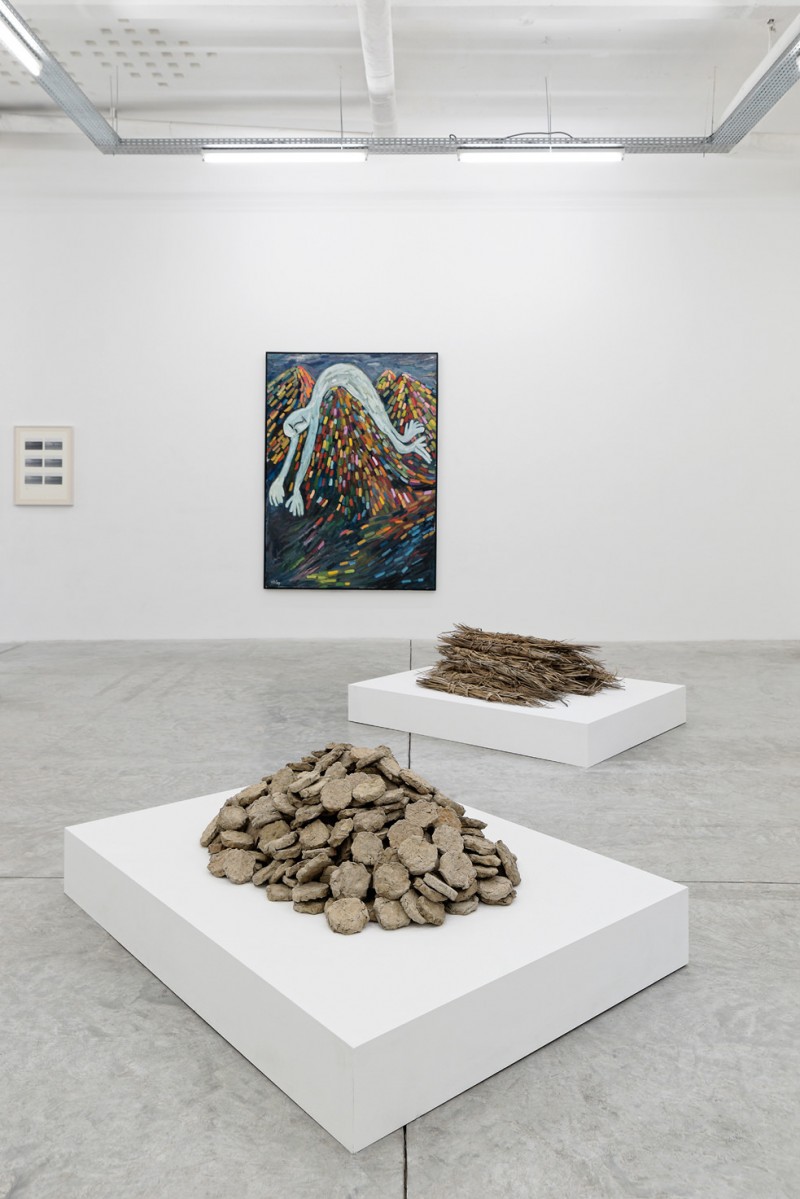 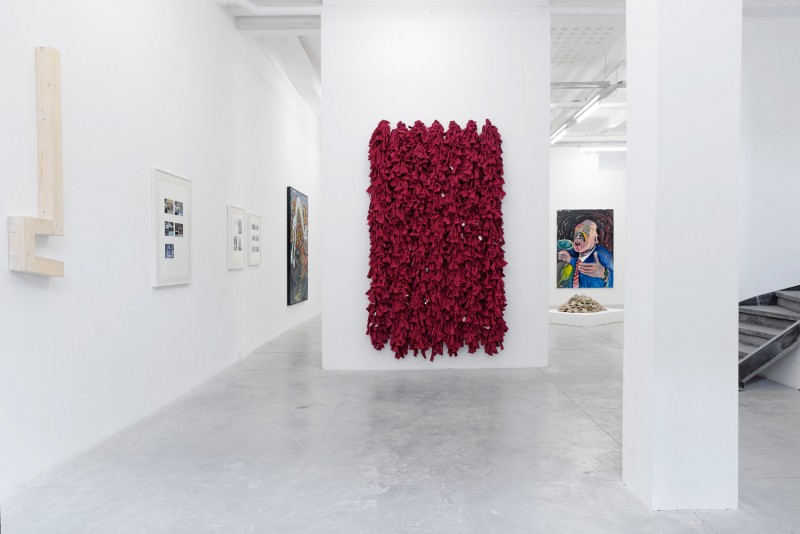 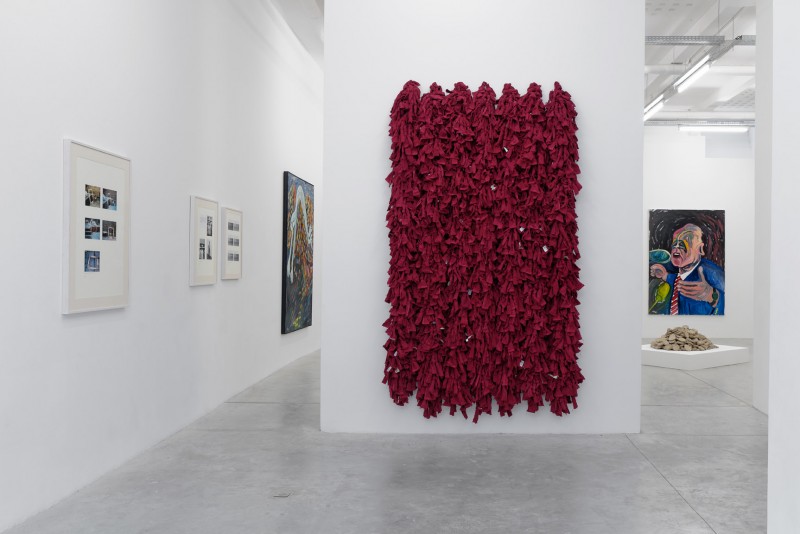 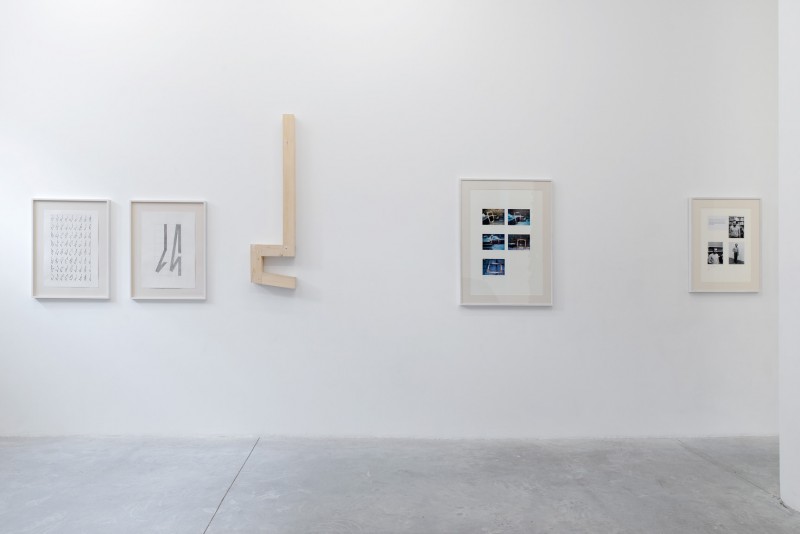 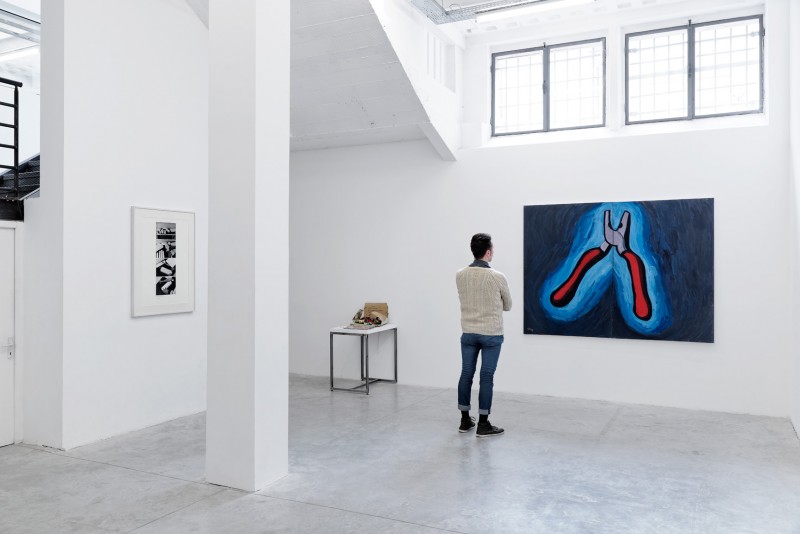 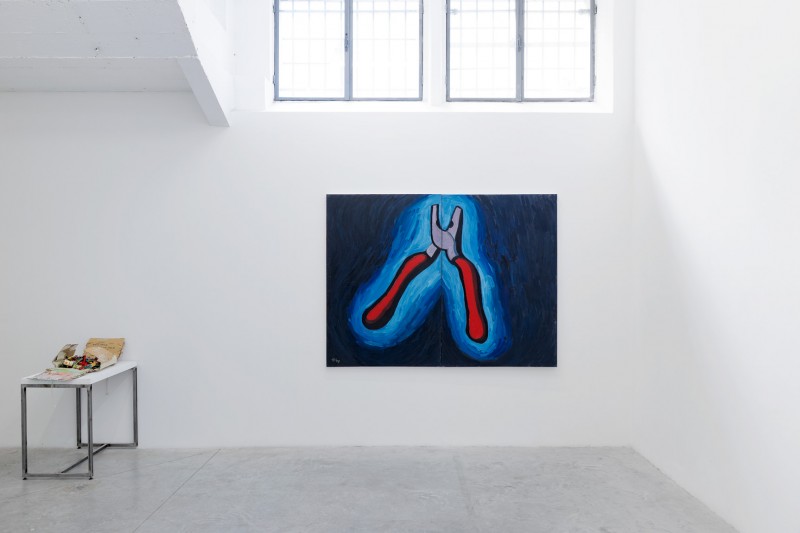 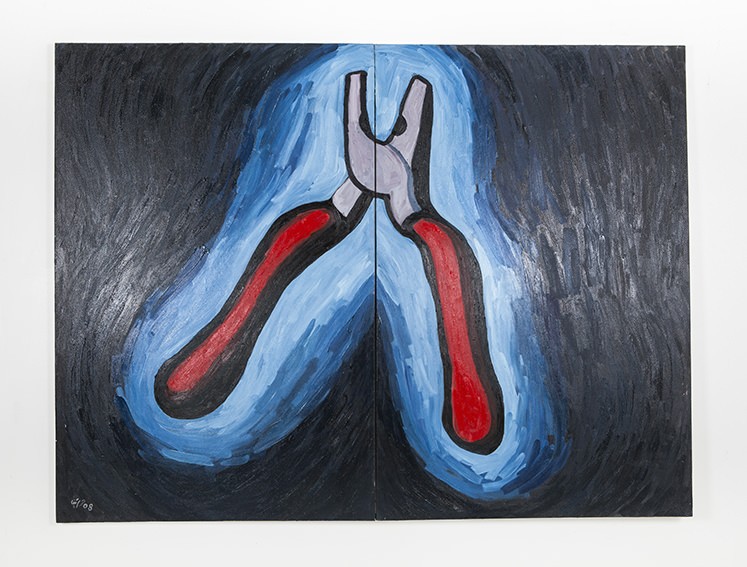 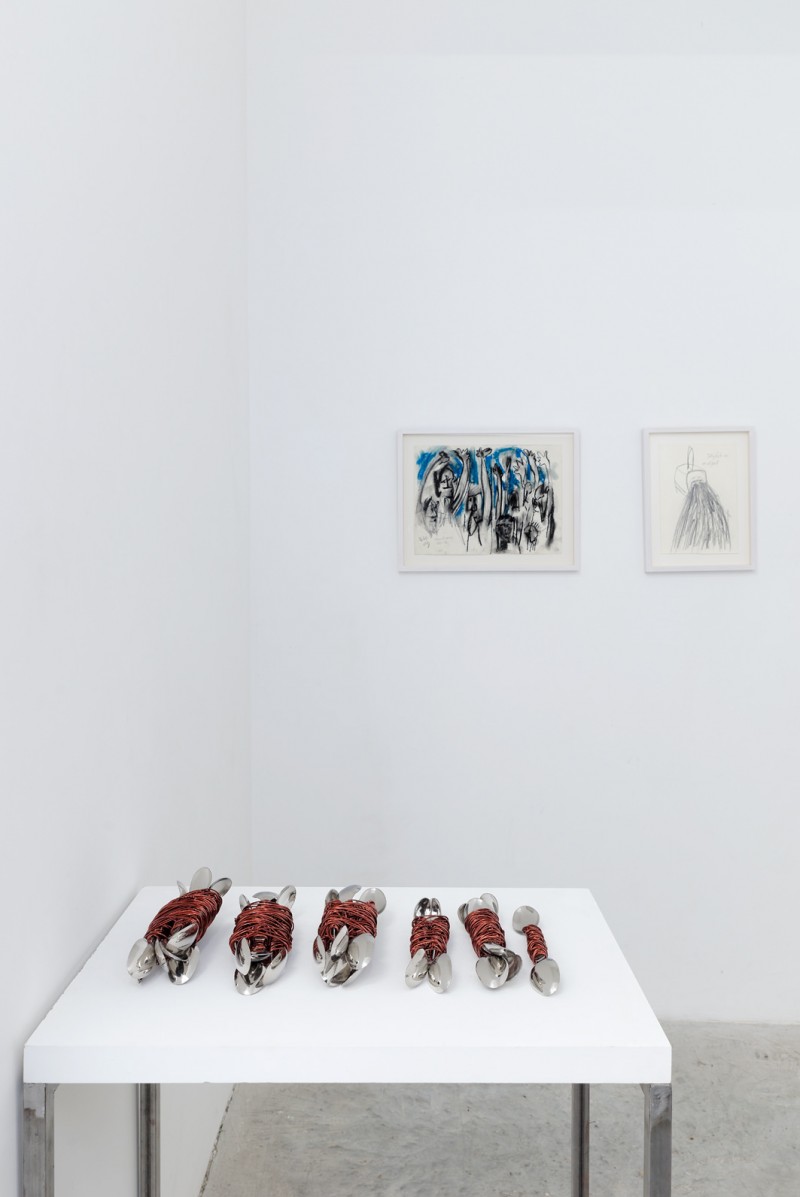 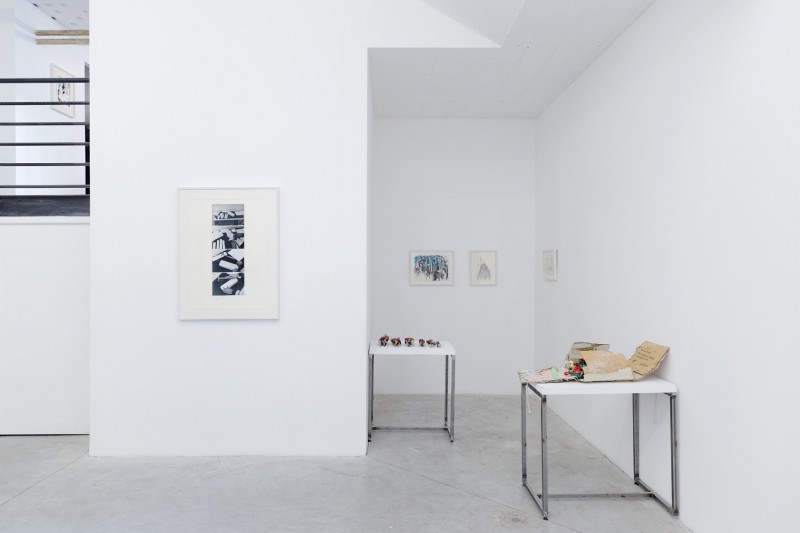 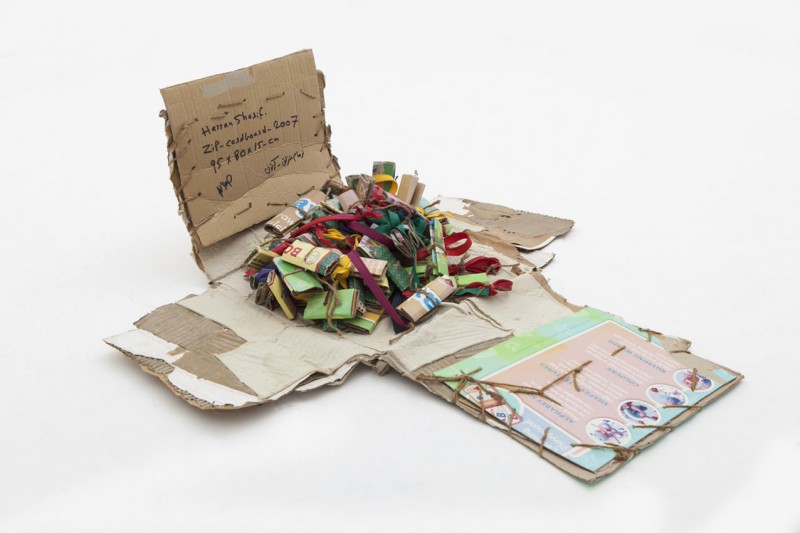 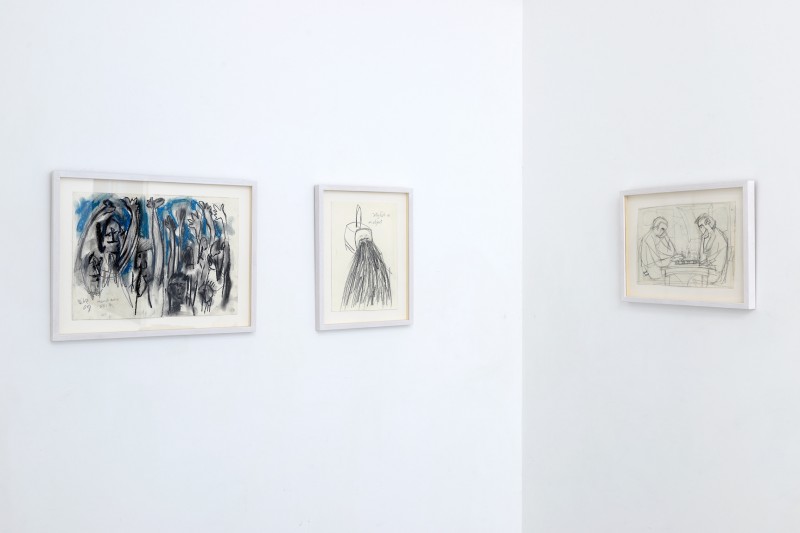 The work of Hassan Sharif plays out in constant motion across his life, daily experience, intellectual battles, Western education, and own origins.

This exhibition The Physical is Universal illustrates a specific moment, one belonging to the artist, where the present is in constant formation via repeated and obsessive production and modification. Sharif celebrates that immeasurable instant, a state of tedium and contemplation, turning away from the logic of the economic and political. In opposition to the world of goods, Sharif proposes the permanence of motion.

«This vulgar market mentality that flooded shops with consumer products had so infiltrated the minds of individuals that it now controlled them as slaves to its greedy corporate tycoons. The condescendence of the world’s major economic powers was more than obvious in the language of ‘third world’ countries or the more politically correct ‘developing countries’. The people of those countries were the primary victims of this devastating consumer society tsunami. So, I resorted to the idea of ‘redundant repetition’ in producing art. I would continuously engage myself in boring, recurring and endless activities, a feature that would become a signature of my artwork since 1982, underlying purpose. Despite the fact that my works are based on a sequential, industrial mode of creativity, they also demolish the sequential autonomy of an industrial product. I inject my works with a realism that exposes this socio-political economic monster, allowing people a chance to recognize the danger of over indulgence in this form of negative consumption». Hassan Sharif

Hassan Sharif proposes an intimate and poetic exploration on a personal scale, unremitting and bound up with his own body’s motion. The physical becomes universal, a unity of measure and the measure of an area of resistance. Through personal and internal motion, Sharif creates a language where the random leads to the coherent. While a piece is built on the fragility and subjectivity of the individual, it produces a lasting outcome which renders the work powerful, timeless, and singular.

Sharif establishes relationships between modern and more traditional inquiry, and places the subjectivity of the individual into a collective context. «My obsession with traditional handiwork isn’t from a desire to promote tourism nor a particular attraction to the materials. Rather I want to develop something new from the old, and show it in a modern contemporary way and context, in order to share the past visually and intellectually with current and future generations». Hassan Sharif links traditional heritage with a form of contemporary thought. Based on inherited and universal culture, the artist recreates a personal and modern likeness.

This exhibition The Physical is Universal joins the collection of transgressions Hassan Sharif has cultivated since the 1980s through the use of sequences and incidences, in one form or another, and in one medium or another: In the early 1980s, while studying in London, the thinking of Sharif was influenced by the ideas of Marcel Duchamp and British Constructivism. He began experimenting with simple objects, and focused on the notions of chance, systematized creation, and mathematical rules. His personal surroundings turned into the domain of an investigation subjected to mathematical formulas: by trying to reimagine a three-dimensional object as if he were seeing it in two dimensions, Sharif put into place a systematized approach to his environment. Broadening this approach to other artistic mediums, he created performances by combining systematic thought with work that involved his body. His performances created a link between Constructivist theory and performative practice. These were also the first performances shown in the Gulf region.

In 1983 Hassan Sharif began making boxes (first from wood), for the series Books and Boxes, in which he put cut up pieces of paper according to his mathematical calculations. Books and Boxes is also a reference to Fluxus, with the idea of documentation and playfulness. Sharif quickly moved on to cardboard and papier-maché where the object becomes a bi-dimensional platform in the shape of a grid: his systematic approach to his world. He explores the development of a narrative using a system of symbols. Including a beginning and an end, the artist creates a spatial and visual extension of the literary version of the short story, creating new narratives.

Other divergences: the pieces entitled Semi-System are mathematical drawings based on calculations and chance. The work starts with simple instructions, numbers and letters. While the Semi-System pieces are indeed inspired by a systematic strategy, the artist doesn’t completely follow the rules. Simple (based on a 1,2,3 sequence) or complex, the systems are also subject to a certain notion of chance when Hassan Sharif opens up a defined space to observe how chance can play a role.

Upon returning to Dubai, Sharif used simple materials, first natural then synthetic, to make sculptures he called Objects. They are a reflection of the everyday and echo the visual landscape of his environment. The action is repetitive and anonymous, but the artist energizes the Objects whose identity has been lost to industrialization.

We present a selection of drawings and paintings. The sharp lines and intense scrutiny is reminiscent of magazine and newspaper caricatures he published in Dubai in the 1970s.

This exhibition The Physical is Universal is evidence of the skeptical vision of a humanist encountering a society adrift. Hassan Sharif explores the notion of art, in its philosophical dimension, and the role of the artist. He doesn’t believe in a so-called utopia, concluding that it’s non-existent, preferring to highlight his own individuality through action and contemplation. Today, he no longer needs justification. Thanks to him, and to his writings and archives, a new generation of artists can thrive in the Gulf region.

Hassan Sharif was born in 1951 at Dubai, United Arab Emirates, he lives and works in Dubai.