Dream and action find equal support in it is a story of reflections, composition and decomposition. Three images have initiated the project: a photograph of a bathroom and a window seen through a mirror in the bedroom of the Eileen Gray E1027 house, a drawing of ‘the mirror room’ by the dancer Loïe Fuller from 1893, and the photograph of a circle of a woman five time reproduced by Hannah Hoch from 1917.

The exhibition is a tribute to these free and visionary three women too, and underlines how their creation allow them to break the rules of their society. Beyond these women’s itinary, the artist interrogates the art potentialities and limits, and its relation to utopia. Pia Rönicke is fascinated by the way Eileen Gray’s design challenges notions of ideal. The way how context is included as a factor that can change the concept and function of an object, and more, the way how it interacts with space. 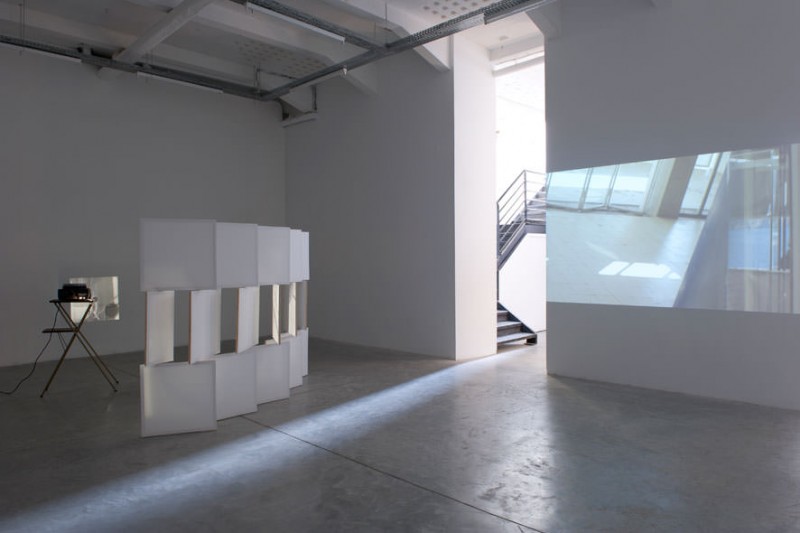 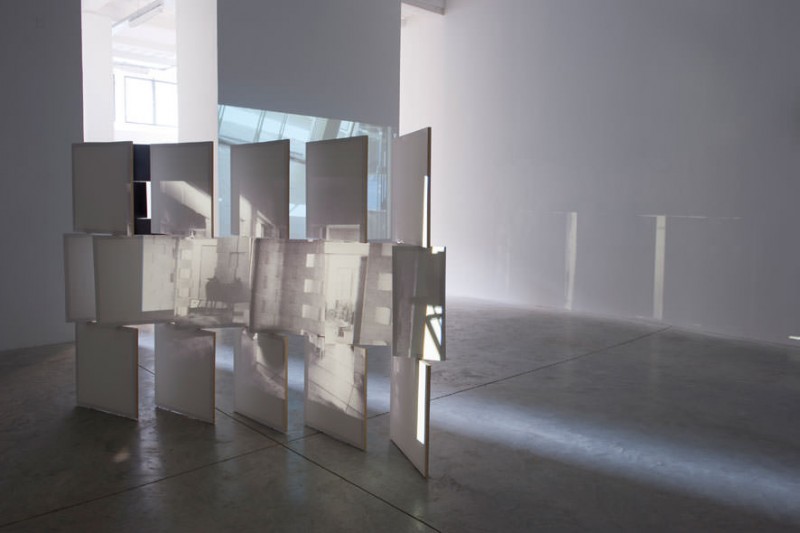 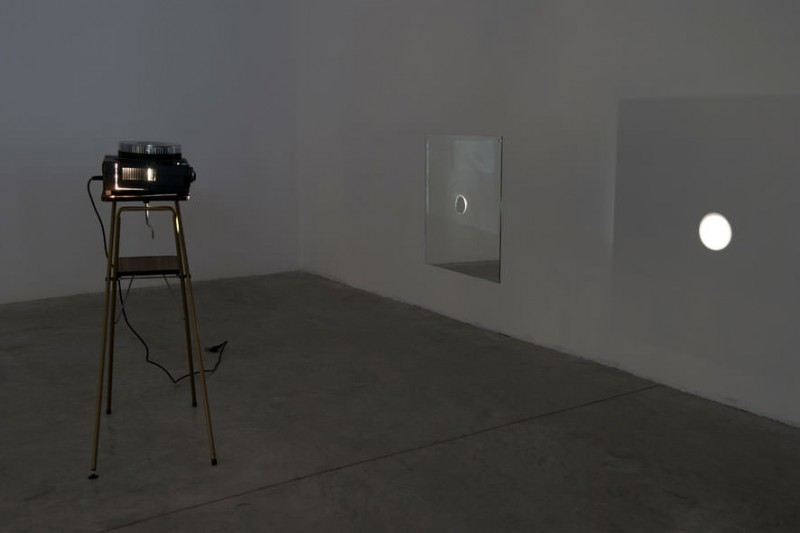 -Film color, sound, Duration 30 minutesThe audio is based on Eileen Grays own text, ‘From eclecticism to doubt’ in the magazine ‘L’Architecture Vivante’ (1929) and excerpts from conversations she had with the biographer Peter Adams 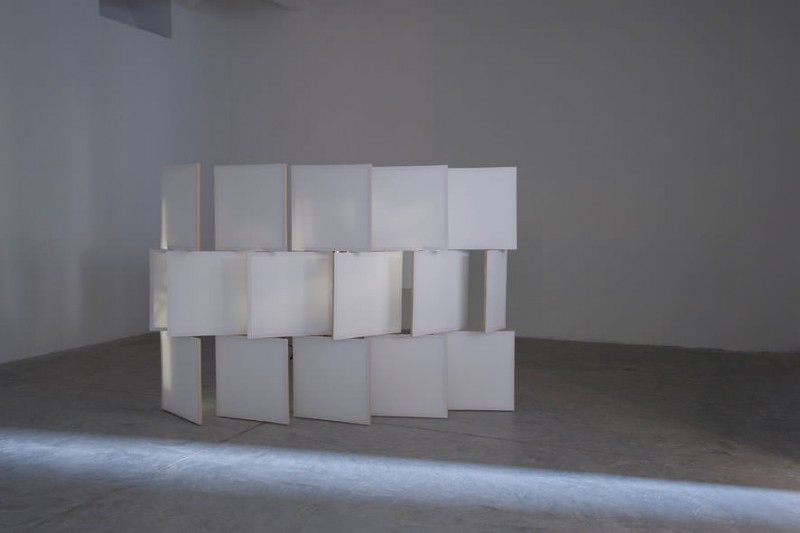 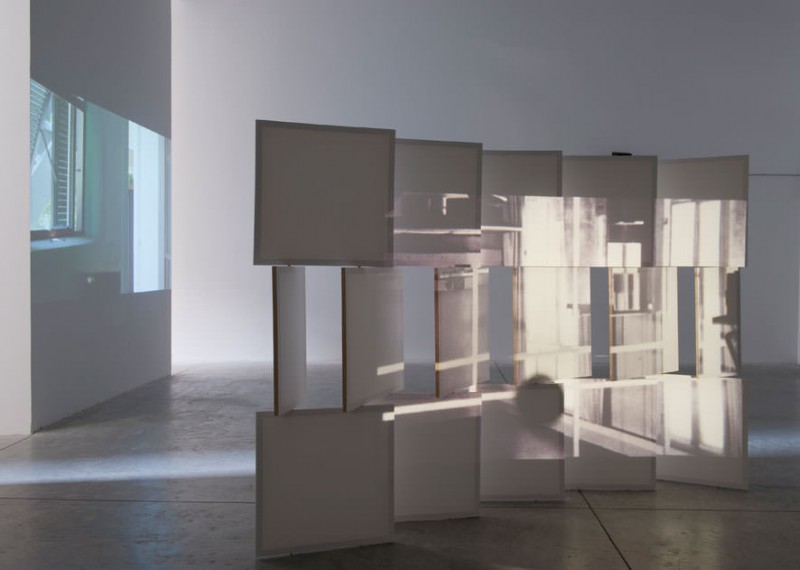 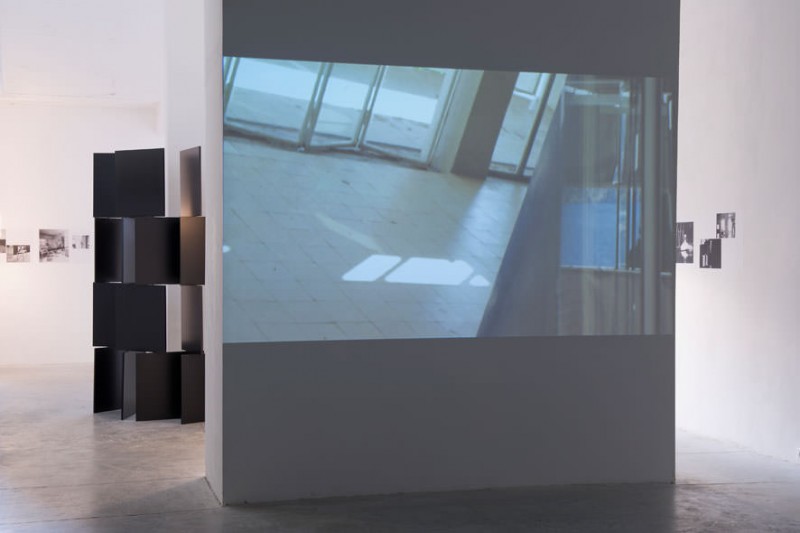 Film color, sound. Duration 30 minutes
The audio is based on Eileen Grays own text, ‘From eclecticism to doubt’ in the magazine ‘L’Architecture Vivante’ (1929) and excerpts from conversations she had with the biographer Peter Adams 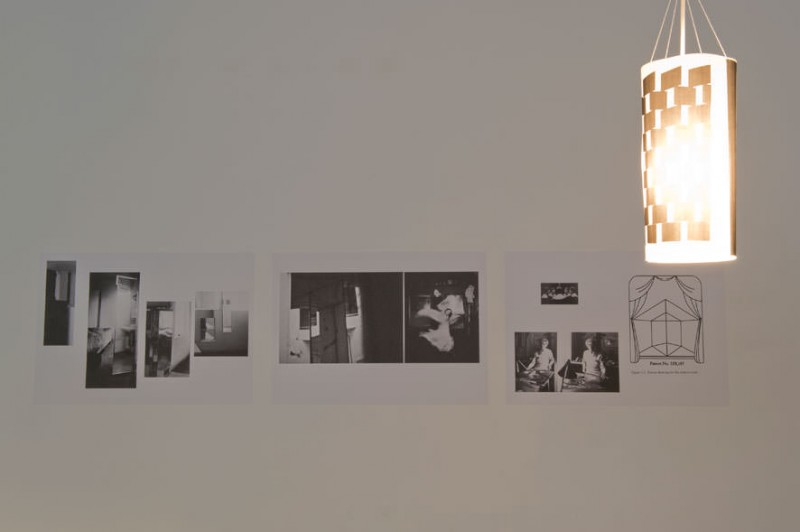 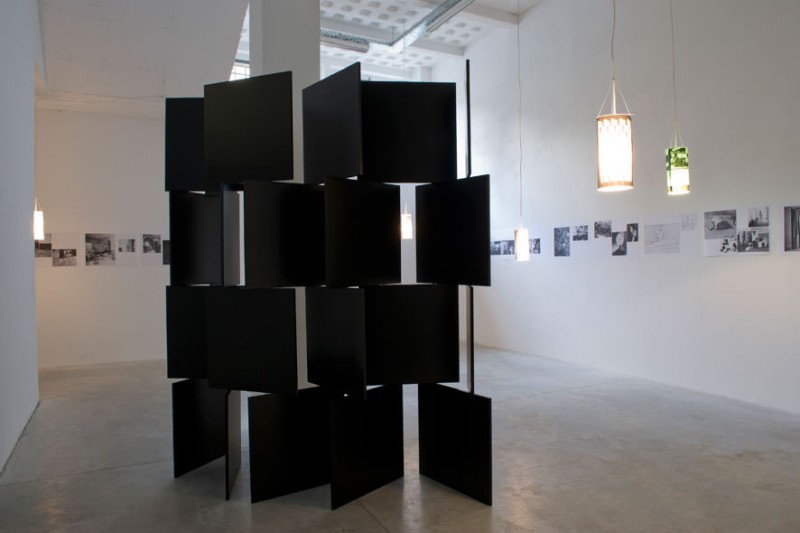 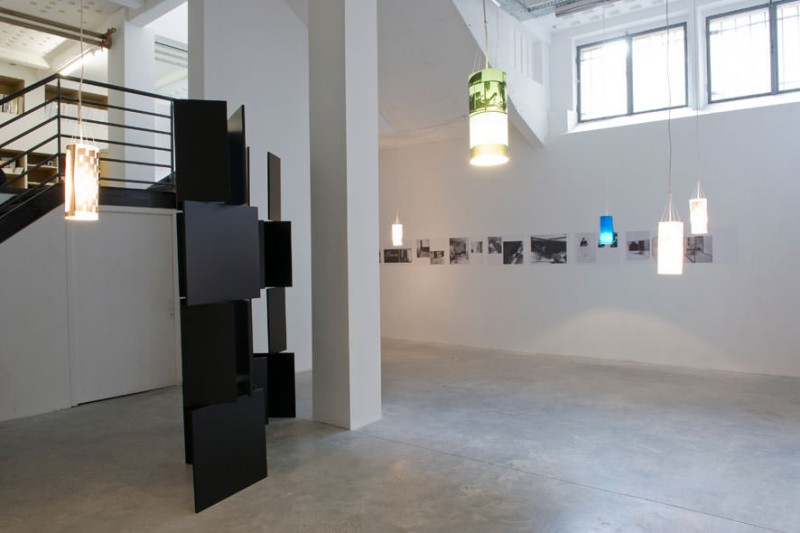 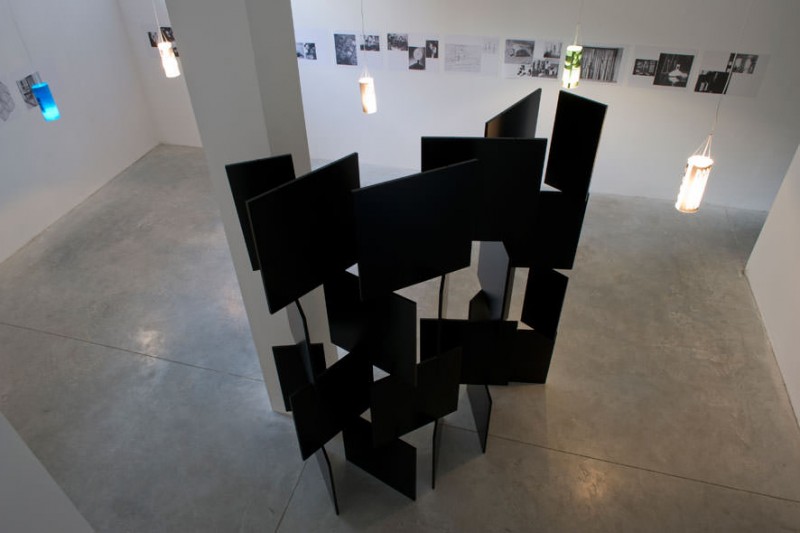 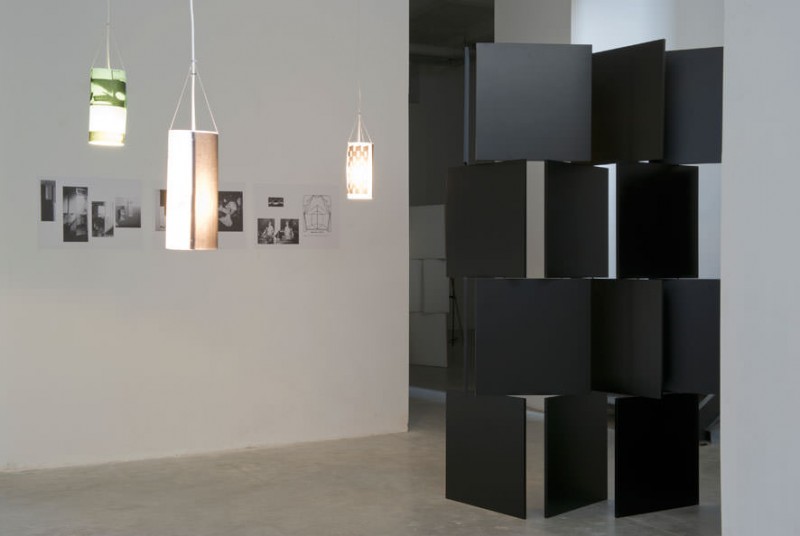 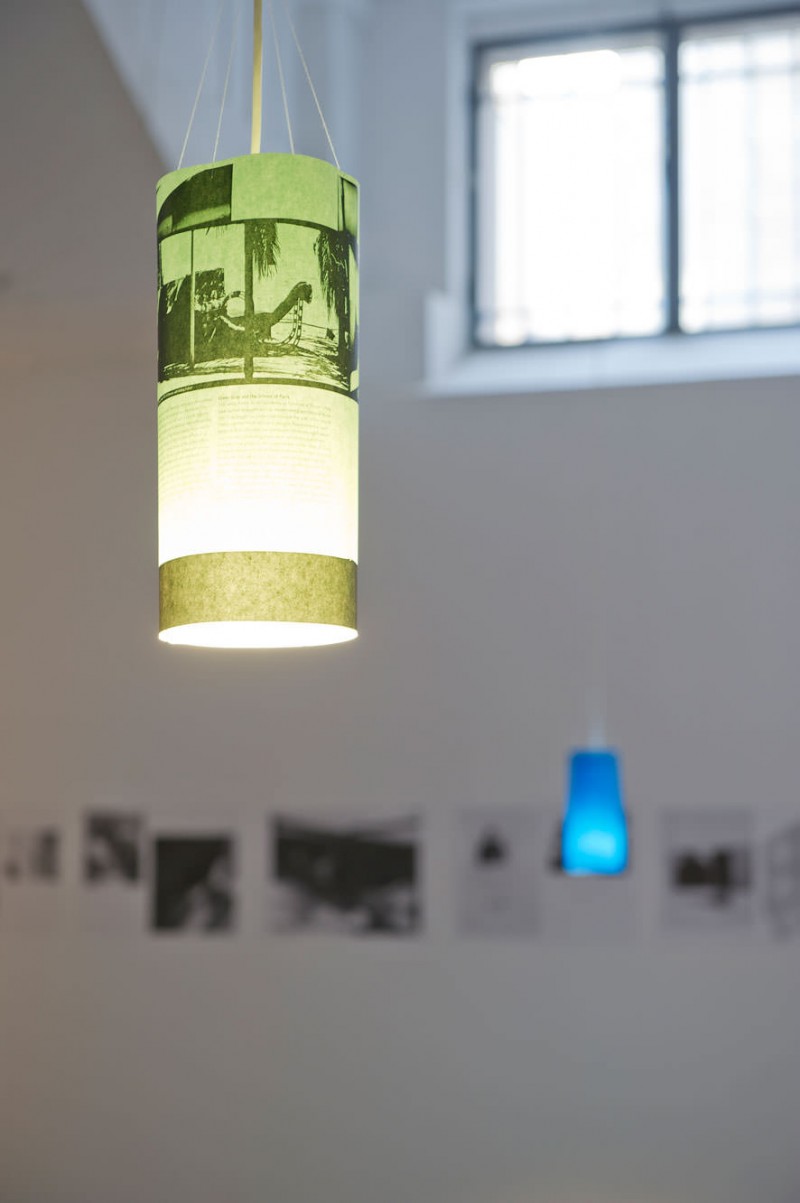 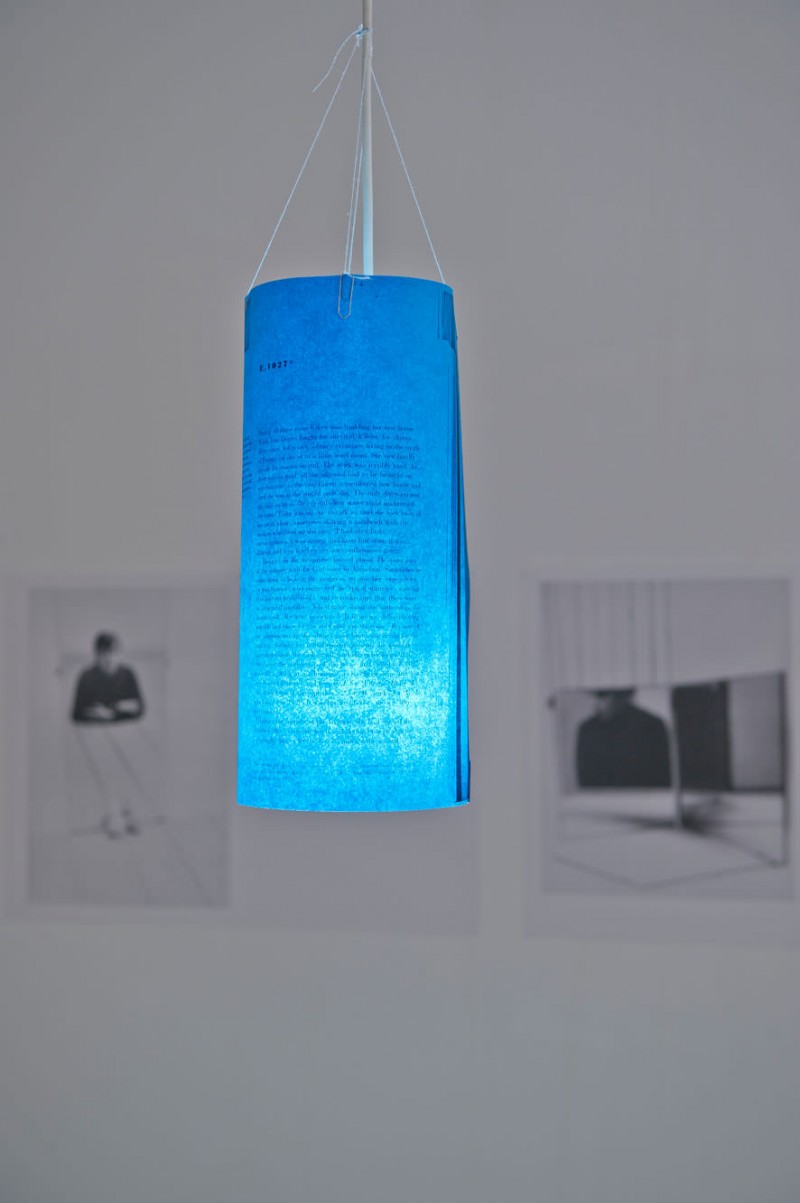 During a conversation between Eileen Gray and the architect Jean Badovici released with the title “From eclecticism to doubt” in the magazine L’Architecture Vivante in 1929, Gray states: “The influx of light and air can be regulated… like the shutter of a camera.” The house becomes a viewfinder, a constructed frame through which to see the world. Like an echo of this thought, Pia Rönicke creates a series of screens using the same system as Eileen Gray’s block screens. They function as room dividers and as surfaces for projection. Slide images are projected on a mirror, which is sent back onto a paper screen, transforming the image as well as negotiating our spatial conceptions.

Other elements ponctuate the exhibition. A film, shot in the house E1027 plays with this ambiguity too. Through mirrors, the camera, as an architect map upside down, films the ceiling’s reflection and house’s fragments. The different points of view bring the illusion of walking in a different house, but distorsion comes from focus and movement. Slowly, the camera seeks lines, curves, rooms, hollows and stairs, in a space as imaginary as concrete. We are led by a voice over which tells us how things were thought out. Elements and walls float, the mirror’s movement builds a rhythm. The record reflects different levels of the house, reavealing its lacks. The artist aim is not to document the house’s present condition, she thinks of it as a place without present reality but which comes alive through its conception.

The exhibition space is partially lit with paper lamps created from photocopies made by the artist in the period when she was collecting images and texts of Eileen Grays work. To refer to the Hannah Höch montage, where reflection is becoming a political act as this time women are seen and gazed by other women, Pia Rönicke creates a series of posters called Albums: she mirrors women’s work in the fields of design, architecture, performance and art. A series of collages, unmounted but photographed, are present in the exhibition too.

Pia Rönicke uses assemblage as a medium, extending thereby the Dada montages tradition. From her early animated films to her recent re-creation of design objects, the artist revisits our modern history and brings in memory. In each of her projects are associated texts, staging space, objects production, films revealing her fascination for modernist utopia as well as underlining its disenchanted aspect.