October 17 evening with Pierre Bal-Blanc and choreographer Manuel Pelmuş who contributed to the performance of the score in Vienna in June. 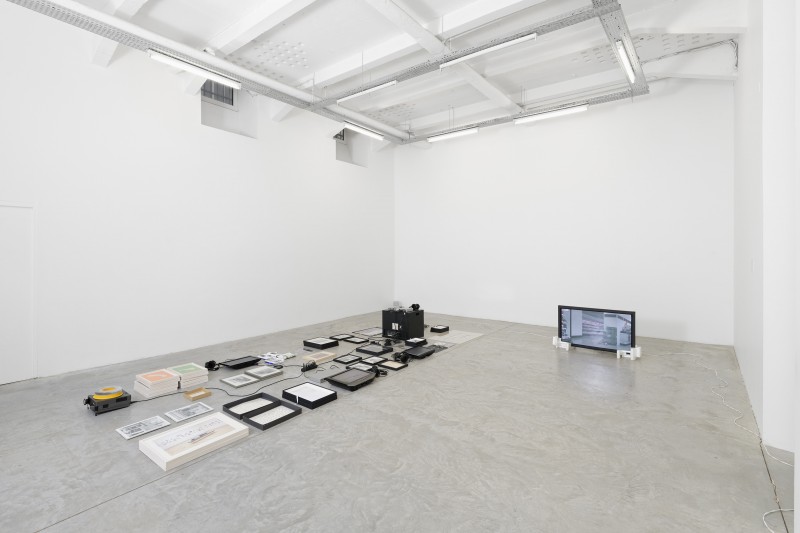 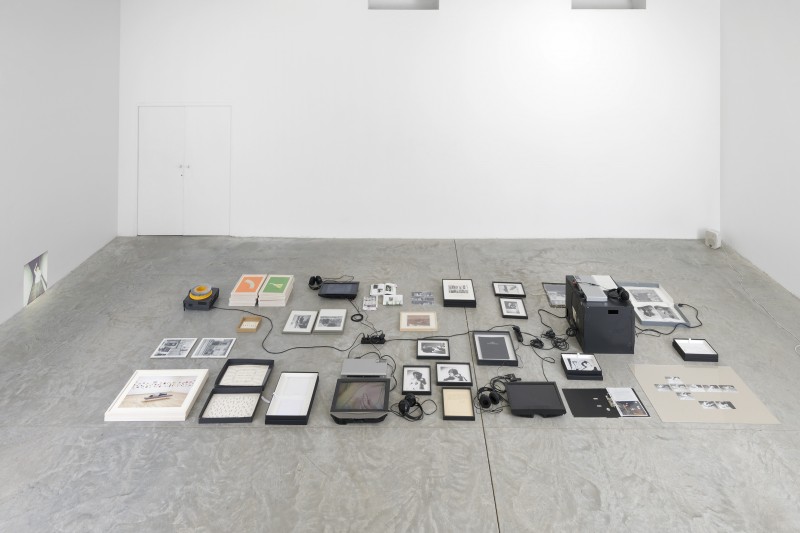 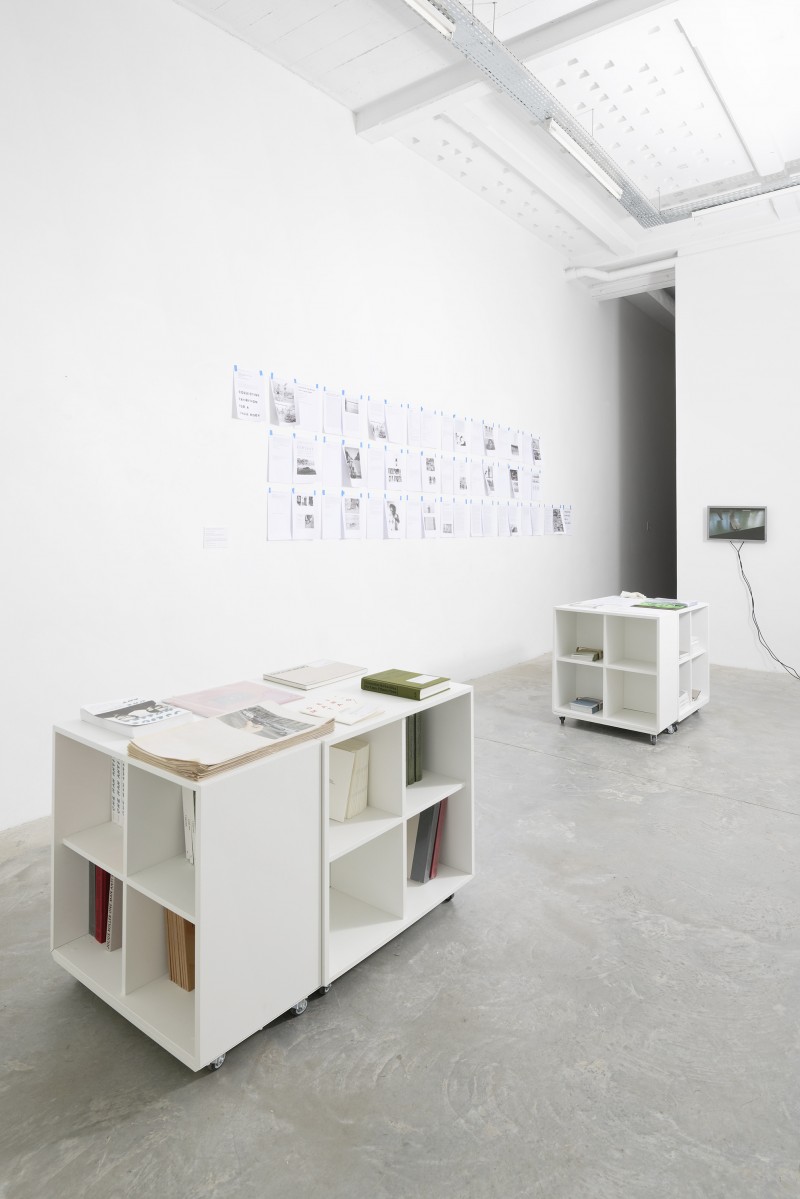 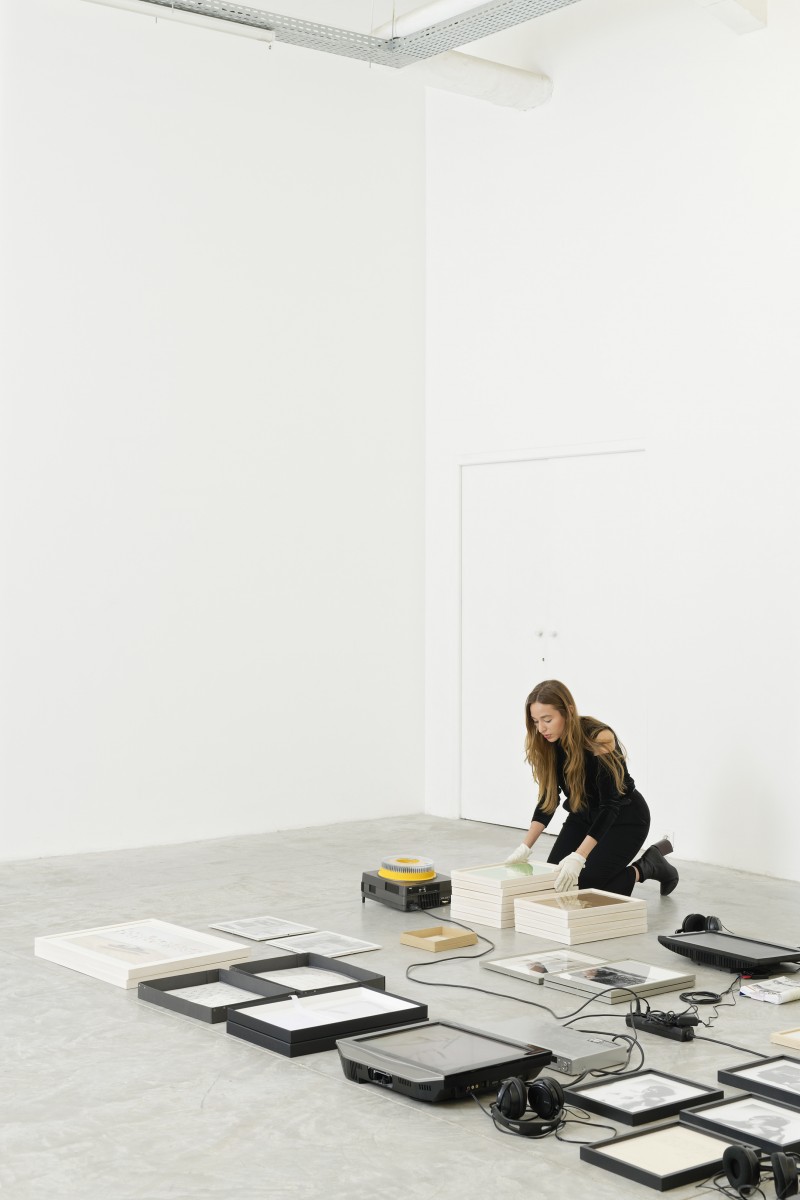 The score “Collective Exhibition for a Single Body” was written in 2015 in Athens. An arrangement was performed for the first time at documenta 14 (The “documenta 14 Score”), and Kontakt Collection of Vienna commissioned a second arrangement. Work from the Konkakt collection by the East European avant-garde movements of Czechoslovakia and Yugoslavia eluded the commercial marketing of their time yet nonetheless also resisted the communist ideological conformity characteristic of that era. The performance of the new arrangement in a Lidl supermarket inVienna in June marks a contemporary form of reconnection to the social environment which had originally been held at bay.

The exhibition at gb agency presents the master plan for a limited license authorizing the performance of “The private score”. The transfer of rights granted to the collector effectively concerns the form of the performance of the original works constituting the score, the works themselves remain the property of their authors.

Pierre Bal-Blanc is an independent curator and essayist based in Athens and Paris. He has developed “Collective Exhibition for a Single Body-The documenta 14 Score” (catalog Museumcultuur Strombeek Gent, 2019) of which he recently presented a new version “The Private Score” in Vienna at Haus Wittgenstein and Lidl supermarket in a co-production by Kontakt Collection andTanzquartierWien. A new performance of “The Private Score” (M Museum catalog to be published) will take place in November 2019 during the Playground Festival organized in Leuven, Belgium with the M Museum preceded by the exhibition “Collective Exhibition for a Single Body, The Private Score” at gb agency in Paris in October 2019.
He was curator for documenta 14 from 2015 to 2017 in Athens and Kassel under the artistic directorship of Adam Szymczyk. “Der Canaletto Blick-The Canaletto View” (Walther König catalog to be published) is an art commission program on the relations between art and capital produced for the Bank Erste Group Bank AG and the Kontakt collection, Vienna. “Soleil Politique”, is a collective exhibition produced for the Museion in Bolzano, Italy. He has been director of the CAC Brétigny in the Paris suburb where he developed from 2003 to 2014 “Project Phalanstère” (catalog Sternberg Press, 2017), a series of art works designed according to this environment and the bene t of his activity that proposes to rethink the logic of accumulation proper to the collection.