gb agency is delighted to present a new exhibition by Deimantas Narkevičius showing his latest work in three dimensions, a newsprint publication in connection with the film, and an earlier sculpture. The Larousse dictionary defines monument as “a work of architecture or sculpture intended to save for posterity the memory of a person or event, a structure built by a community in memory of a group of people belonging to that community”. Yet how is one to ponder history and understand it through the many ideologies and political and social transformations that shape it? Narkevičius’ work repeatedly examines these clues to history, these official narratives and objects that claim to exist as eyewitness testimony. 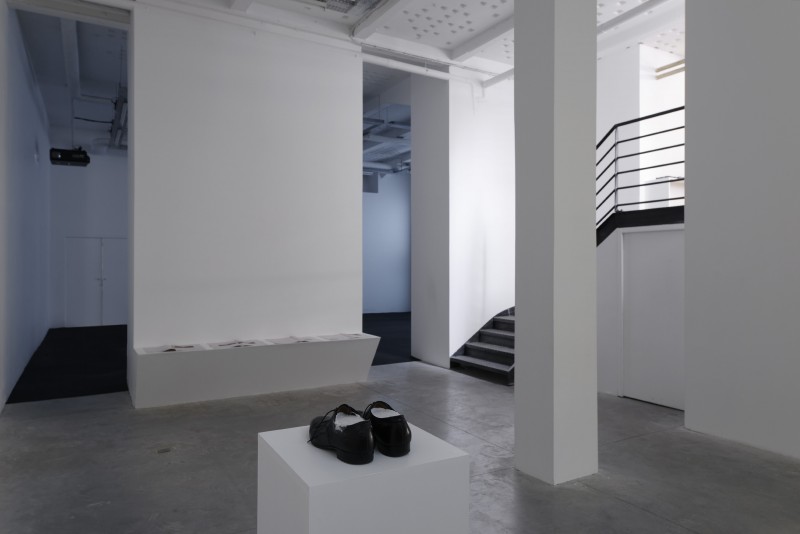 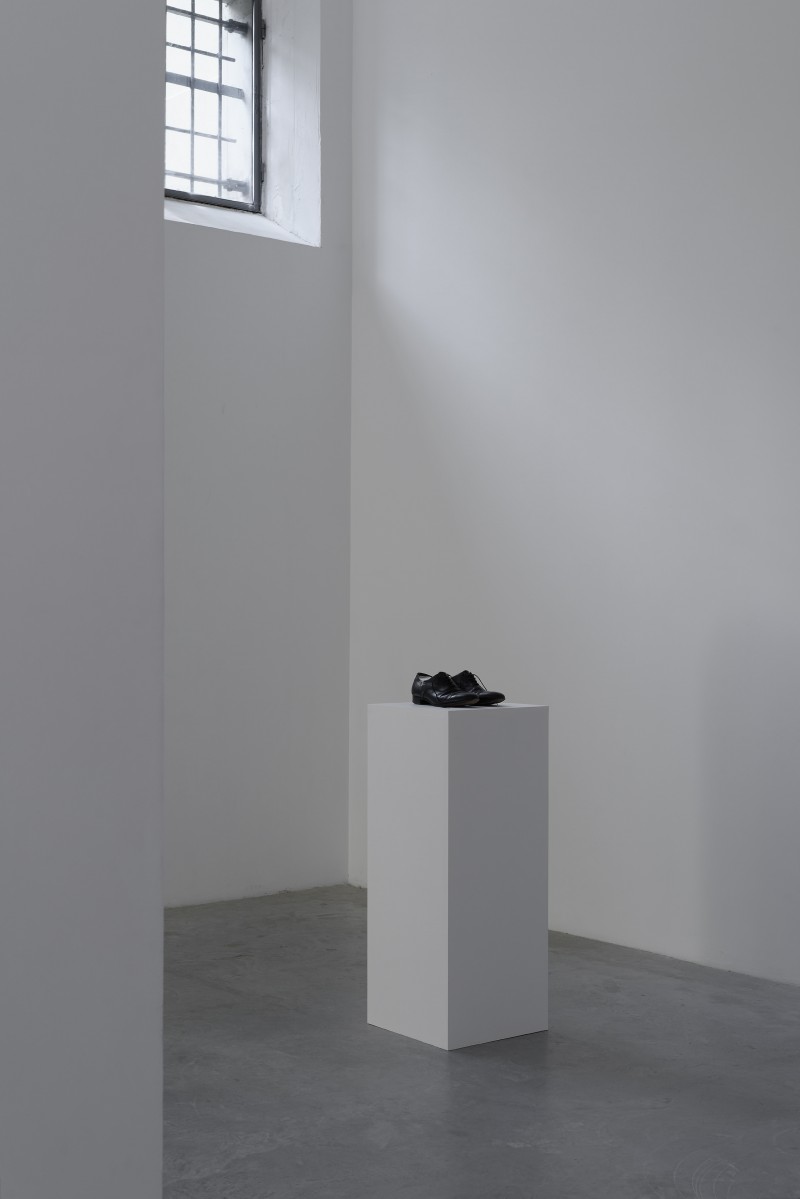 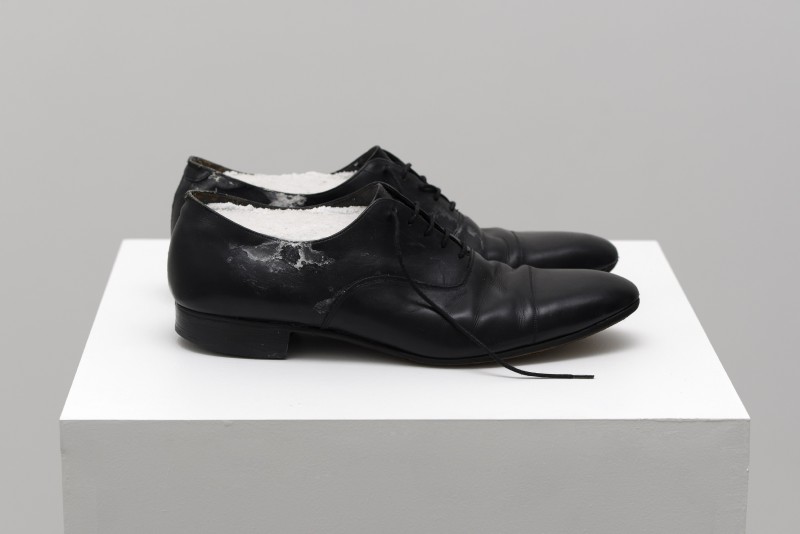 Deimantas Narkevicius
Too Long on the Plinth, 1994 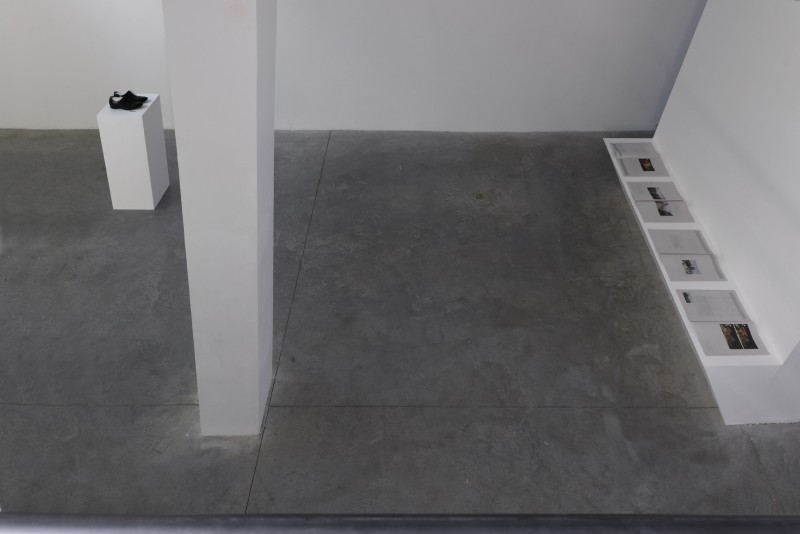 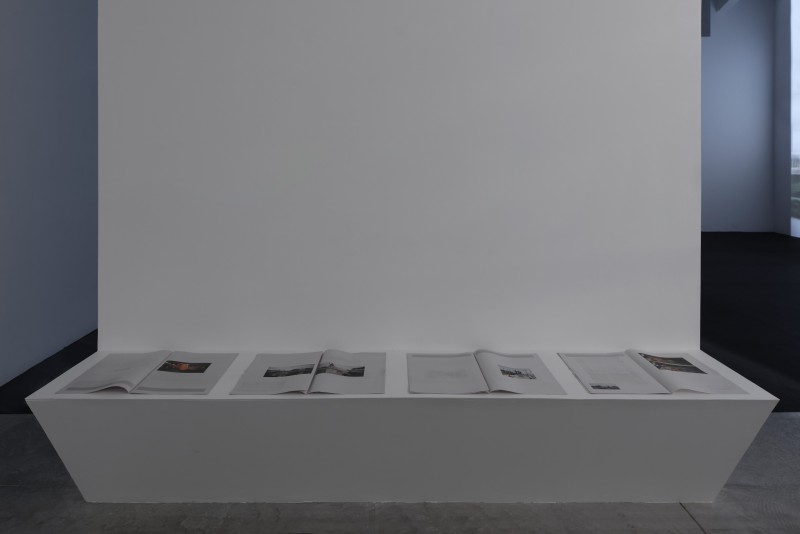 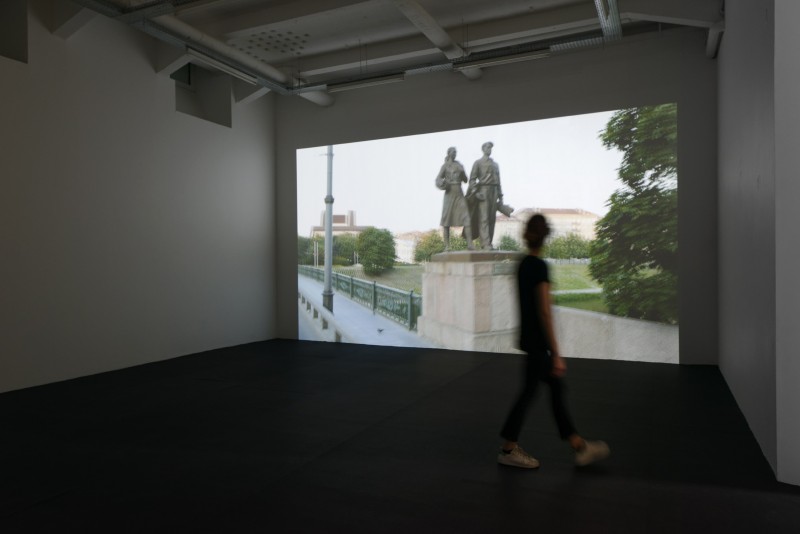 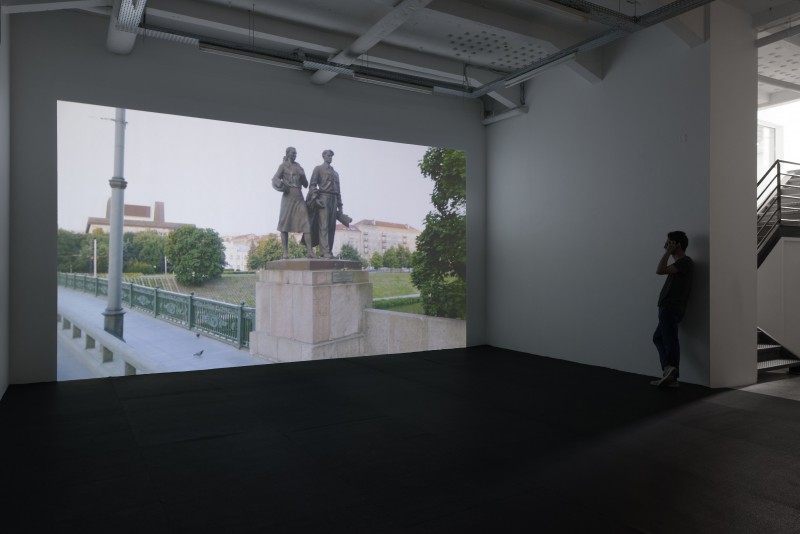 His film 20 July. 2015 portrays the dismantling of a sculptural ensemble of 4 pairs of figures which was erected on the Green Bridge in 1952 in downtown Vilnius. In the purely socialist realist style, these statues could no longer stand up to the continual obliterations following the fall of the Soviet Union. The event (or rather ‘non-event’ since little attention was paid) took place on the 20th July 2015. The film builds to a crescendo: the camera films wide shots of the ensemble, intermittently zooming in and showing close-ups of details of each statue, until the final removal of the monument.While experimenting with cinematic technique, all work by Narkevičius tends to bring the past to life through subjective investigation.

20 July. 2015 uses the subject of the film to establish a dialogue between history and the present, in a response to our propensity to want to forget. During the film, different time periods are juxtaposed: the 1950s with its ideologies, the present with its ennui and expectation, and finally a time of storytelling and mediatisation. The film was recorded in 3D, thus inserting the viewer into the heart of the Lithuanian capital, in near intimacy with the statues. This stereoscopic technique gives life to the figures and creates a physical sensation.

Nonetheless Narkevičius delivers an ultimate breach, by restoring perspective to the event: he underscores the cinematic by showing a crew member operating the clapper at the beginning of each take.

This story within a story reaches its climax when a TV reporter appears onscreen and attempts to describe the event. While around her, the rare passersby who have either forgotten or don’t know their history seem to take no account of the moment when a monument of history is being disappeared. That’s a scene far removed from the jubilant crowds following the fall of the Berlin Wall where thousands gathered to witness the dismantling of the edifices raised to the glory of communism.

Why forget that memory today? The refusal by the nation is echoed in the film with the words of the wife of the sculptor who in a voiceover claims ‘not to know’. That nearly inaudible breath implicitly underscores the process of wiping away collective memory which then becomes structural amnesia. 20 July. 2015 records the ‘transfer’ of the sculptures, and makes note of this organized disappearance, but it is not merely a document, it is additionally a fiction. Narkevičius isn’t recording history, he is examining the process and our means of understanding it. That fiction goes further, in a new format. Along with the film screening the artist published stills from the film without captions in offset on newsprint; here is another way of exploring the process of erasing the memory of the sculptures.

Also in the exhibition is a sculpture made in 1994 entitled Too Long on the Plinth, a pair of shoes filled with salt sits on a pedestal. With this nearly imperceptible proposition, this surrealist and absurd collage of a personal item and a natural mineral, both anonymous and aloof, Narkevičius shifts the individual toward the collective, highlighting the subjective and humane aspect of every attempt at monumentality. This ‘ready made’ suggests the moment when the artist from the ex-Soviet bloc has lost the ability to represent any ideology.

A sculptor by training, Narkevicius often says his films are an extension of his sculpture since both are related to space and movement. To walk around a sculpture is to realize that perception is fragmented in the same way that watching film sequences creates an illusion. With his films as with his three dimensional works, the artist deconstructs, creates ruptures, and juxtaposes with the intention of engaging the viewer.

From the 1990s until today the notion of the monument, along with its apparatus of signals, runs throughout the artist’s work. A witness to his country and its transformation from the Soviet era to modern Lithuania, Deimantas Narkevičius dissects the issue of identity, be it national or individual, and shifts the requirement not to forget to the world of art.