Images by Dove Allouche are intermediary beings between the artist and the world - amplified externalizations of the muted existence of things over the ages. They are not the source of transcendent experience, they don’t offer gloomy pleasure to those who with both joy and dread seek to imagine a world without humanity. Nor do they belong to that lineage of autonomous works in which nature exposes and explains itself. Which isn’t to say that work by Allouche is in any way an affirmation of the primacy of the subject, without which the world - though it is immense and undeniable - would cease to have any true existence. Thus one of the earliest methodologies pursued by the artist was « blind » photography in locales with restricted visibility including the Paris sewers, a forest fire in Portugal, or the depths of Mt. Vesuvius. 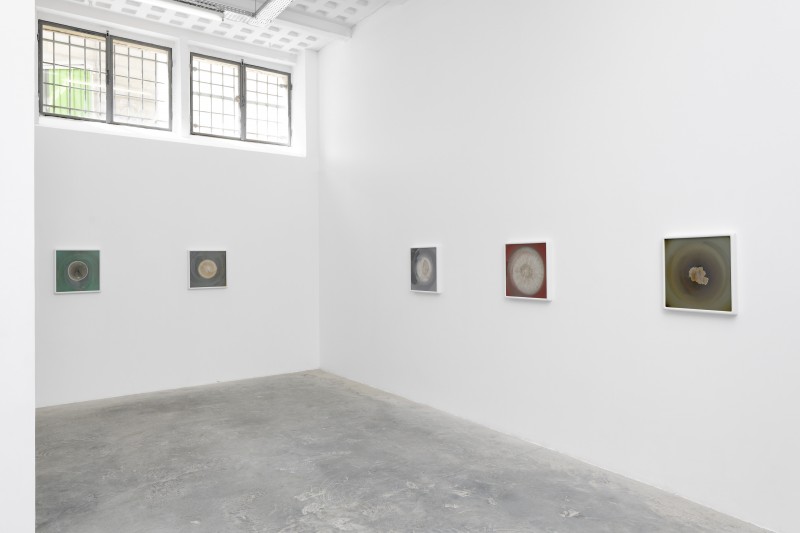 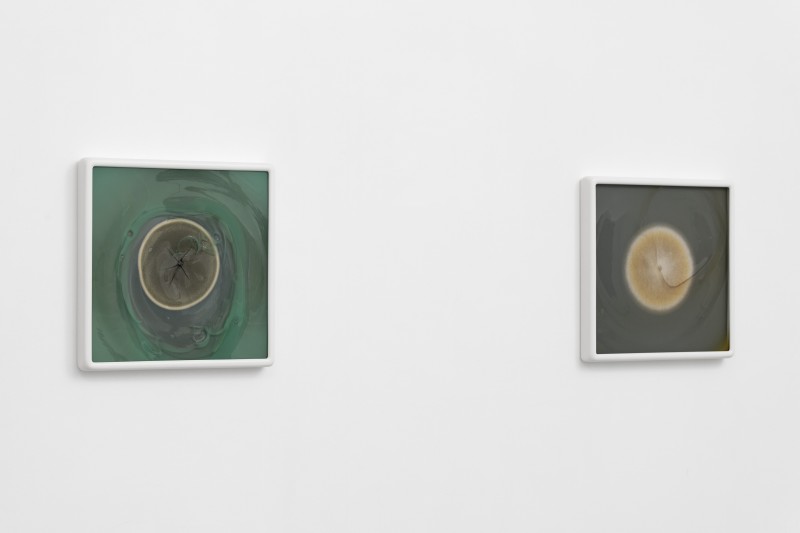 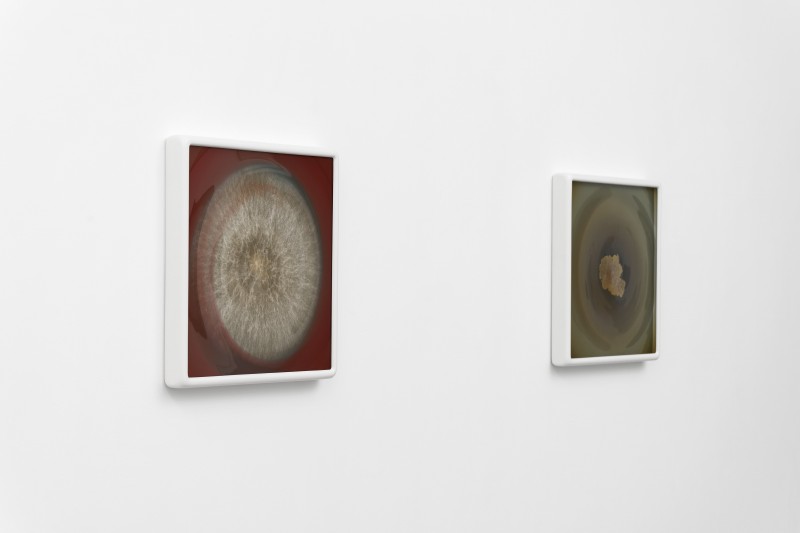 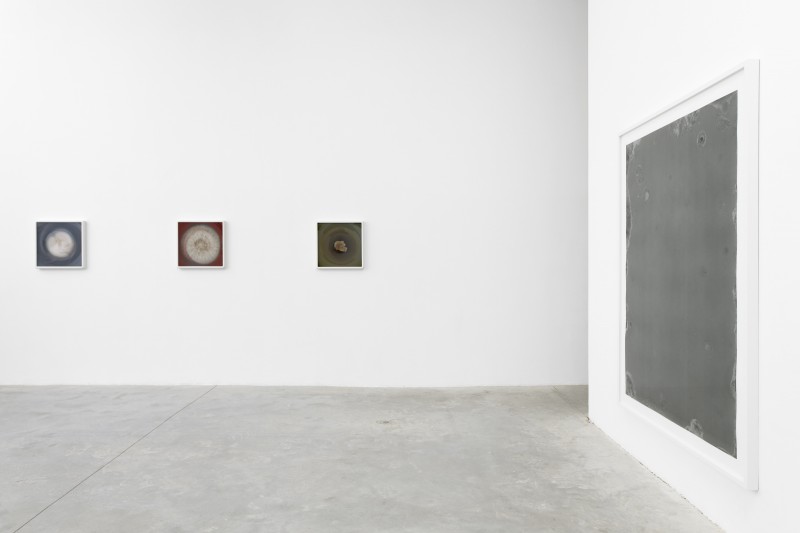 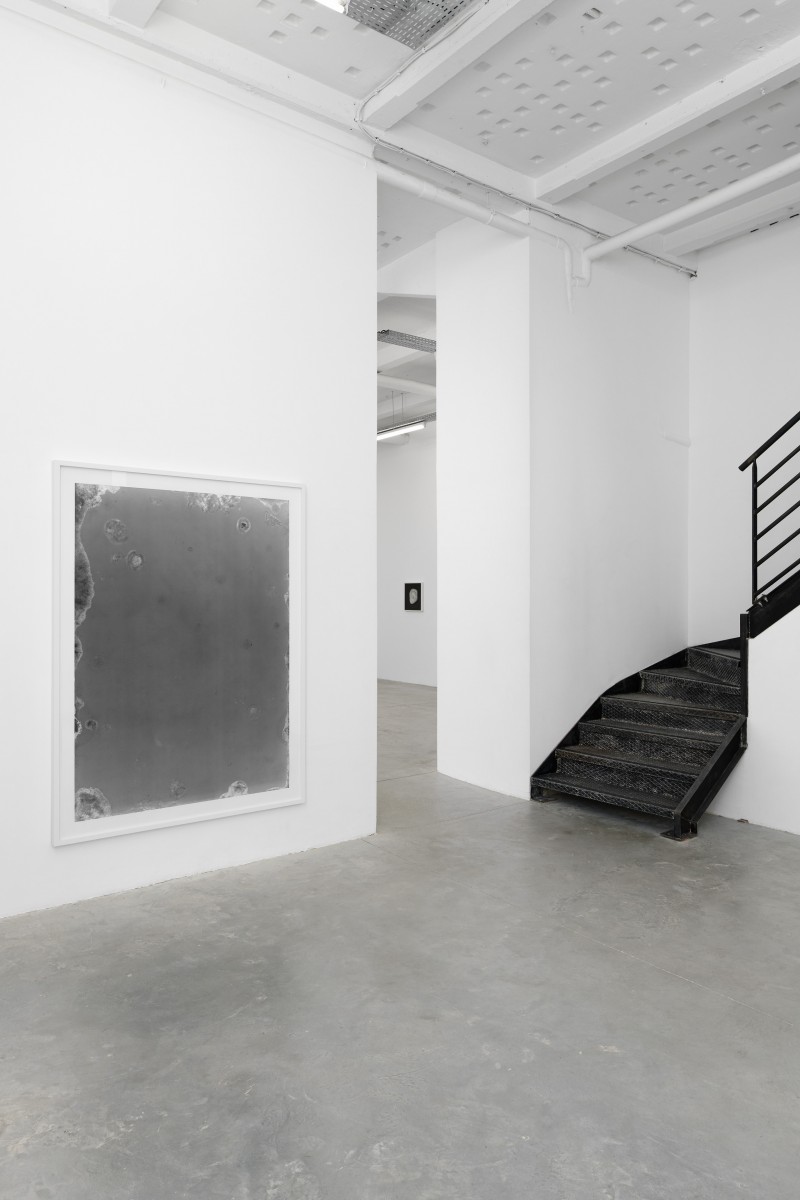 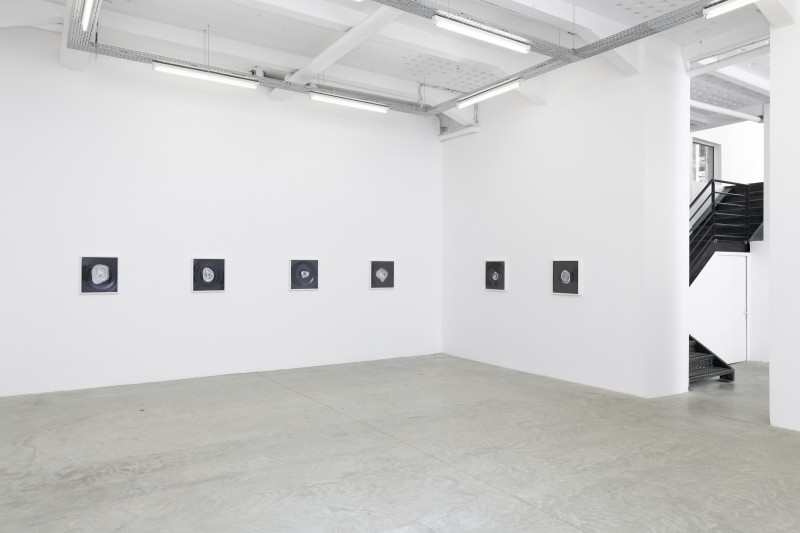 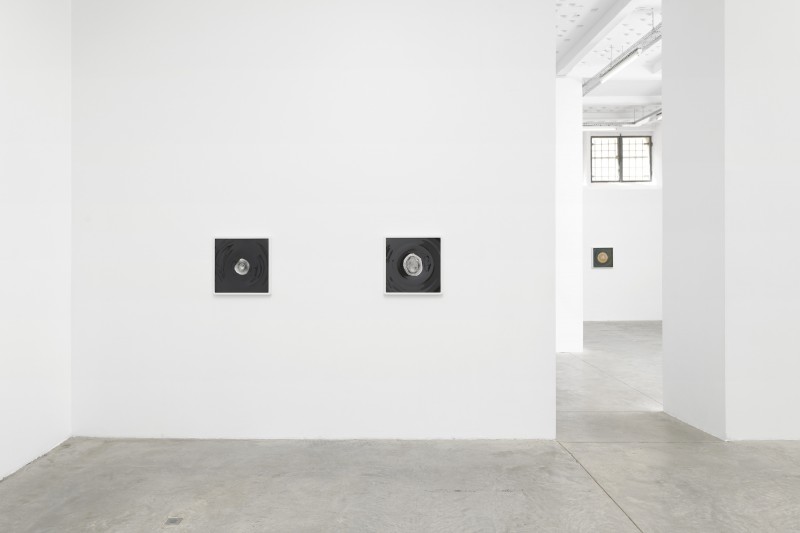 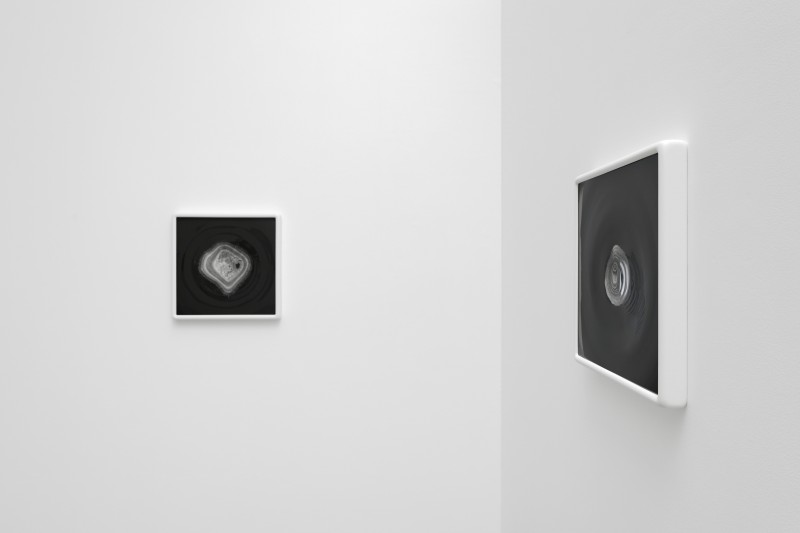 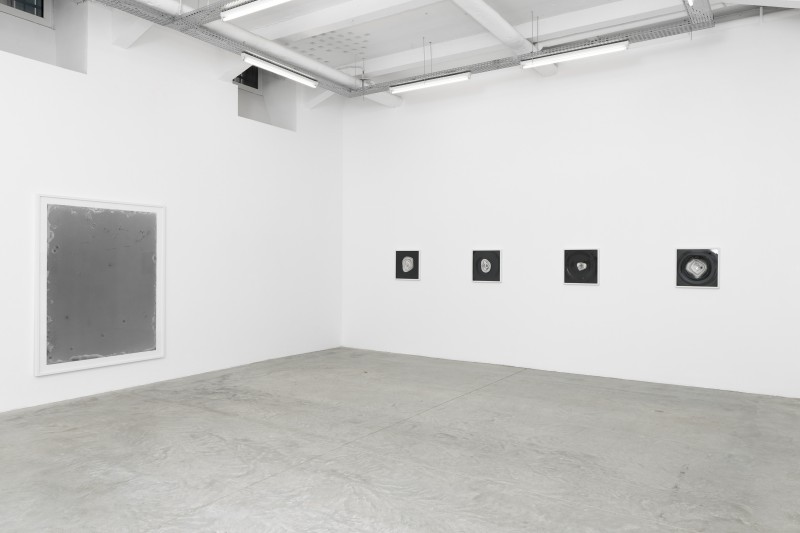 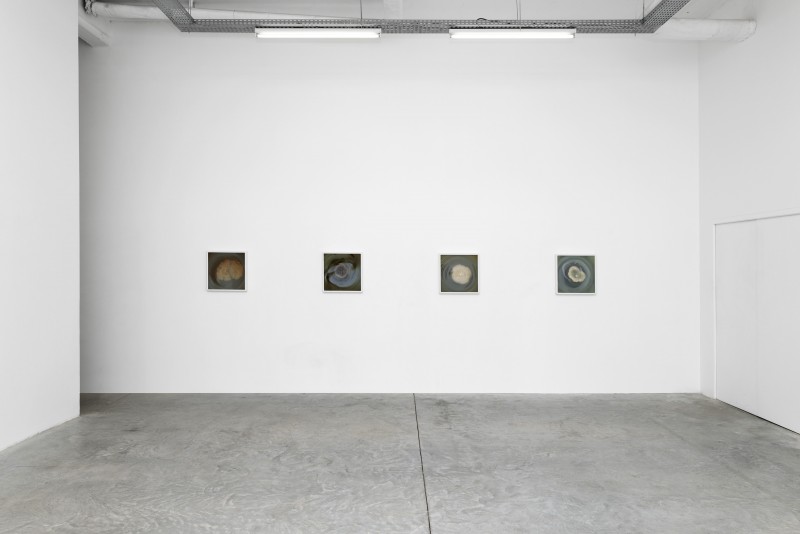 More recently, Dove Allouche has worked according to a less catastrophist modality and with less instantaneous methods, favoring the slow time and a more planned approach. Over the last few years, danger has appeared and been mastered in other ways. Collected from the archives of the Center for Research on the Preservation of Collections, forty-five different fungi are known for eating away at works of art: blowing them through a straw onto plates, the artist fosters their natural growth, introducing them into the realm of the apparent. The parasite is thus transformed into the visible and seemingly autonomous.

Though that autonomy is only made possible through a series of interventions and decisions: stopping the growth process at a given moment, lithographic photography of precise dimension, and finally the transposition of the analogy to a different medium which belongs to the artist exclusively. The objects are glass, made by a third party and cut into rectangles. The act of glassblowing is mimicked in the colored swirls of the growing fungi on the plates. The transparency of the glass is also an expression of the intermediary ontology of the images: they were always there, but they had to be seen.

Other spores, subsequently cultivated, were conveyed in the design according to a very strict protocol. And thus is the intermediary being conveyed between the series of works exhibited, as it travels across different media: photography, glass objects, and drawing. As such, the spherical masses known as « cave pearls », created from calcium layers on grains of sand, are transformed from the representation of an index into a new mass, also of glass. Dove Allouche slices these pearls into thin films that are polished to such a degree that they can be used as photographic negatives, thereby revealing the story of their own creation. The mineral cross-sections are then placed into blown glass, a direct reference to the fungi, with regard to the material and shape as well as the concentric pattern.

When an isolated image reveals its mystery and arbitrary nature, it is its inclusion into a group that gives it meaning. The consistency of the analogy between scale, method, and form is exhibited between the images, as if to belie the « absolutism of reality » examined by Hans Blumenberg.
The world as seen by Allouche is surely untamed, but the artist endeavors to control it through different cultural methods. Even so, at the very moment of domestication through art, savagery emerges as fundamentally human.

Dove Allouche wishes to thank for their precious help: