Fifty Billion Hectares of Time is Cally Spooner’s third solo exhibition with gb agency. Effectively an anatomy study for the twenty-first century, the show examines a technical and temporal performance climate, in which it is increasingly difficult to tell the difference between what is alive, and what is dead. 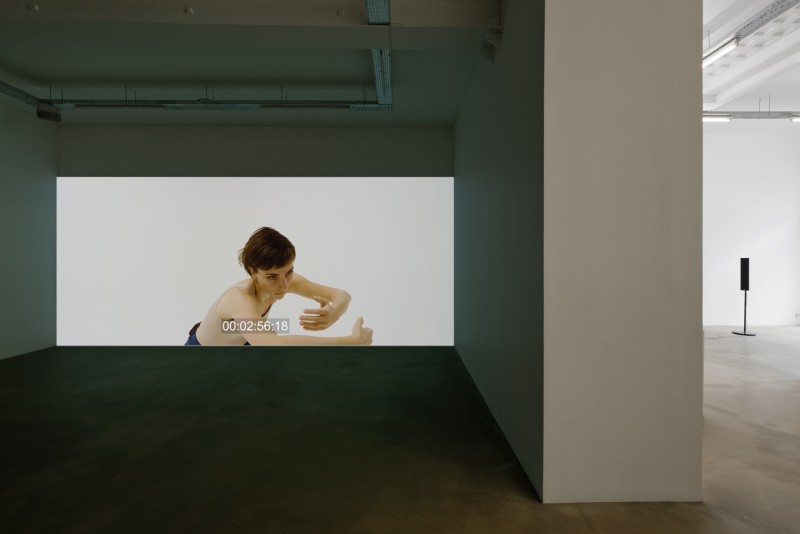 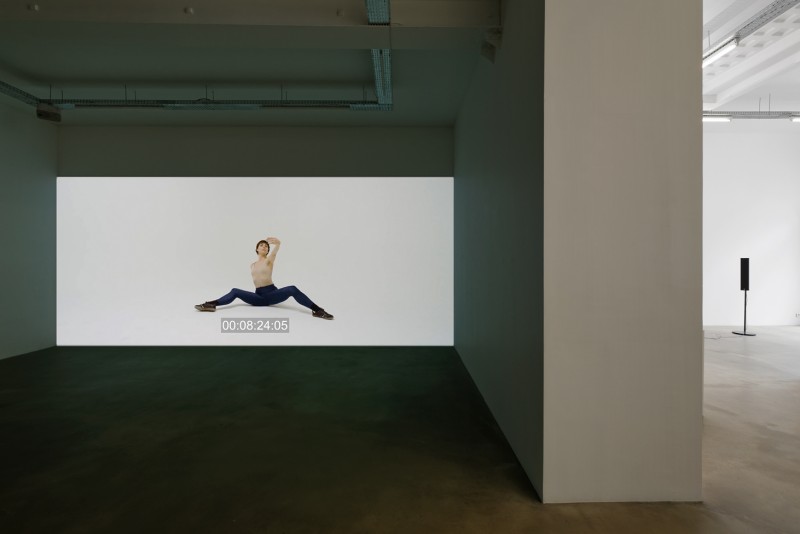 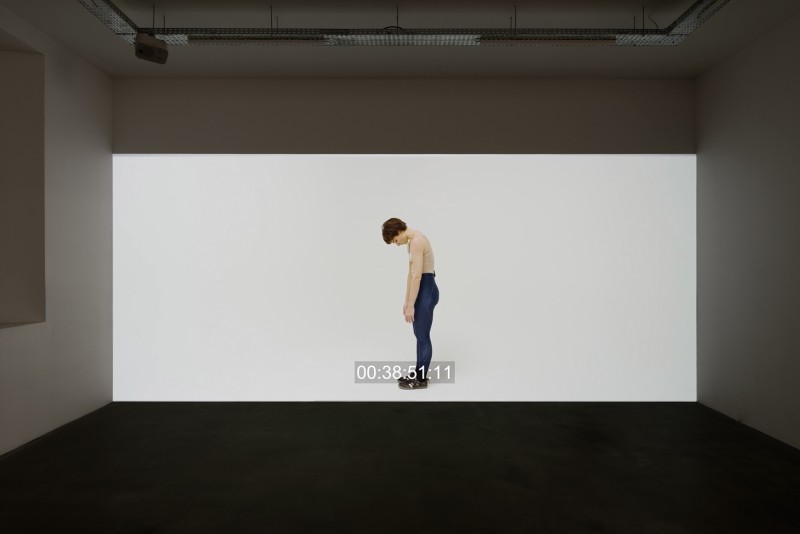 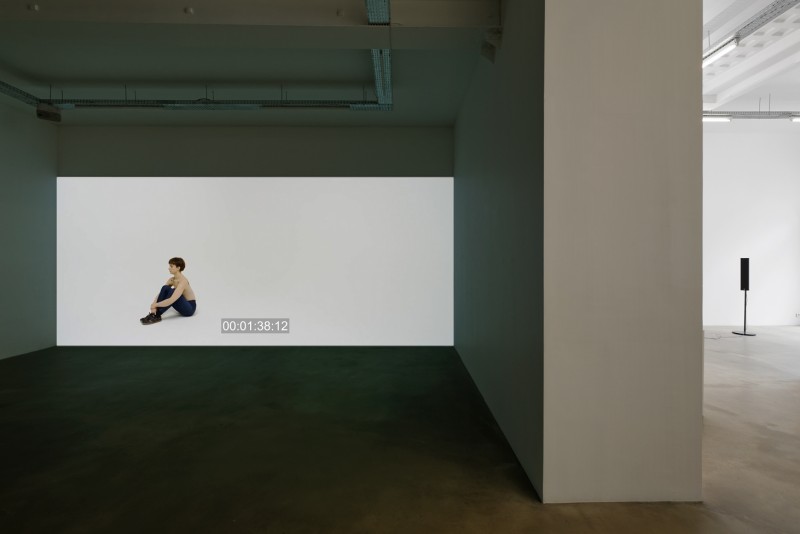 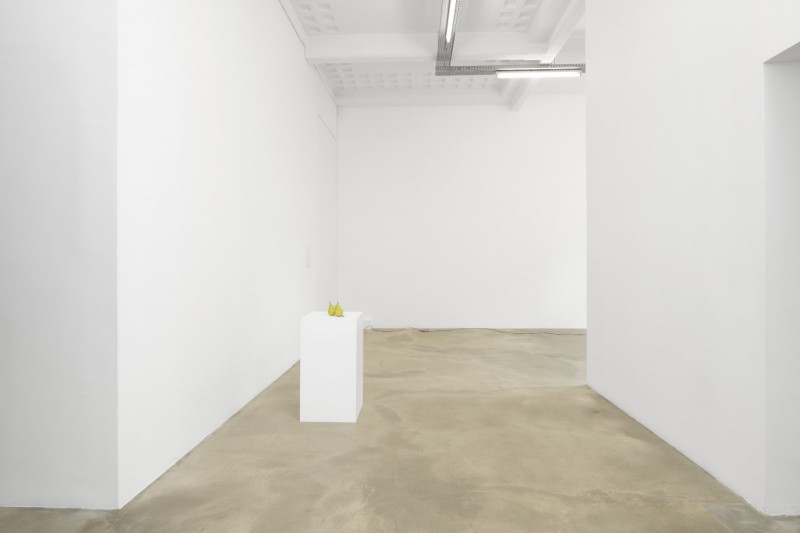 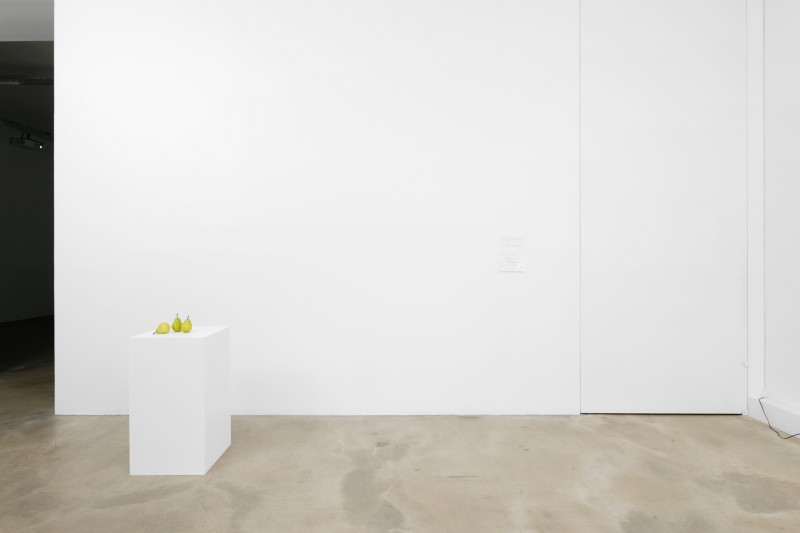 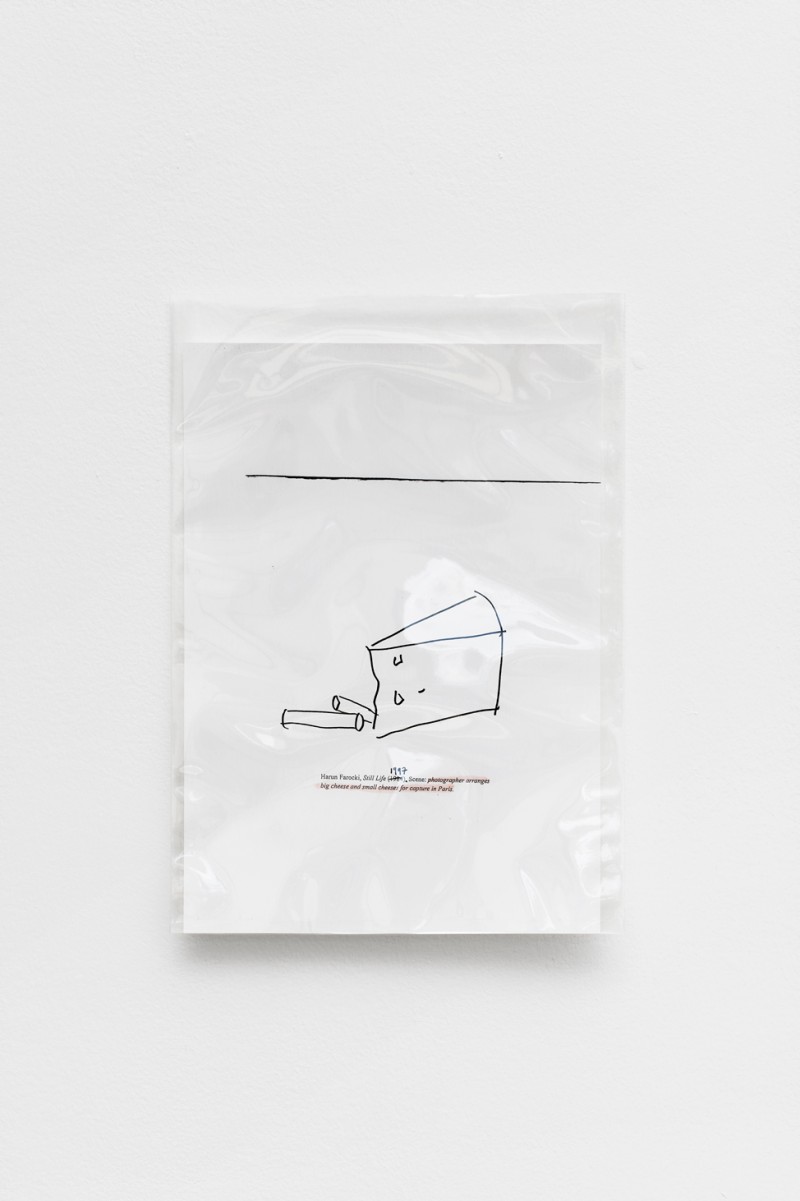 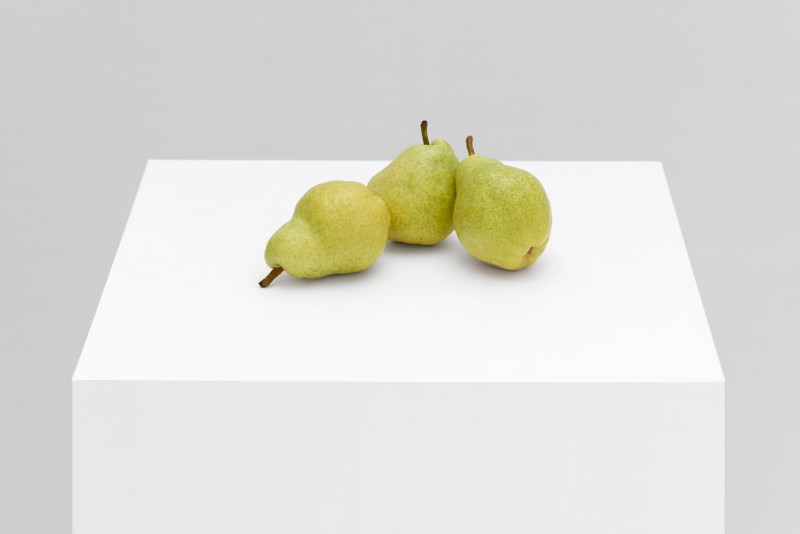 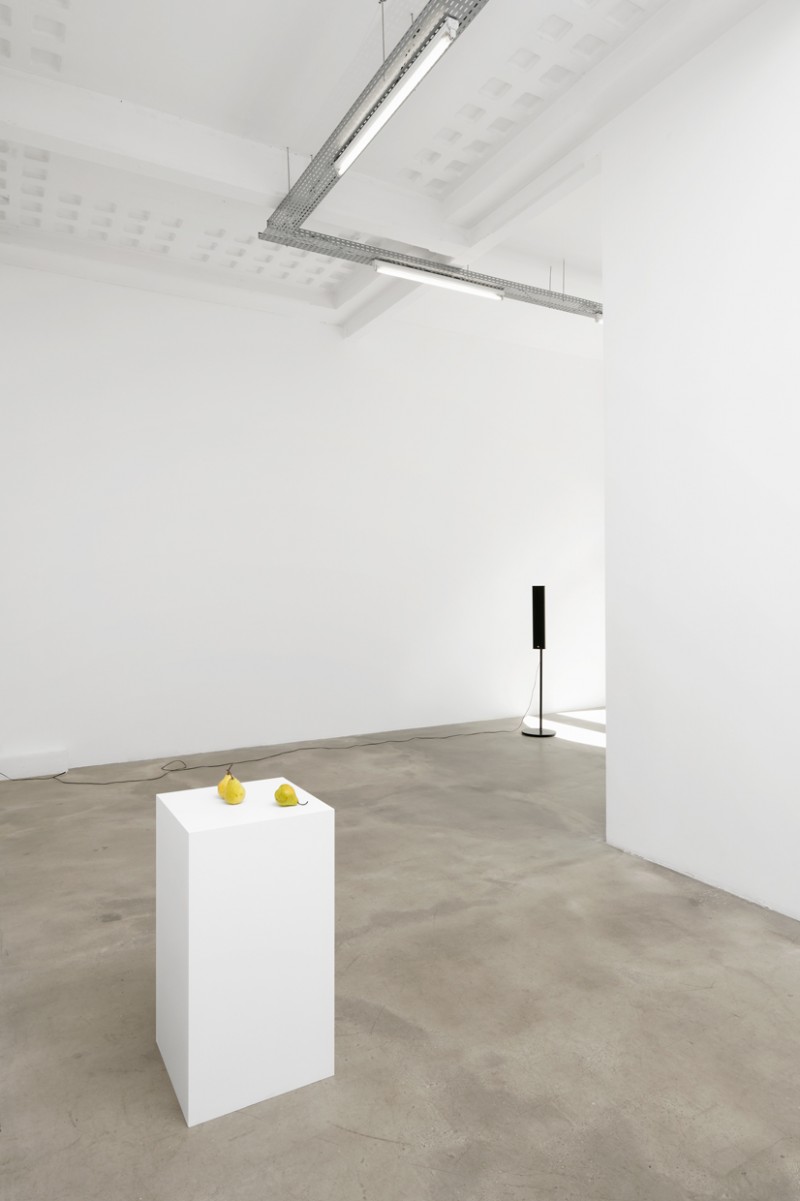 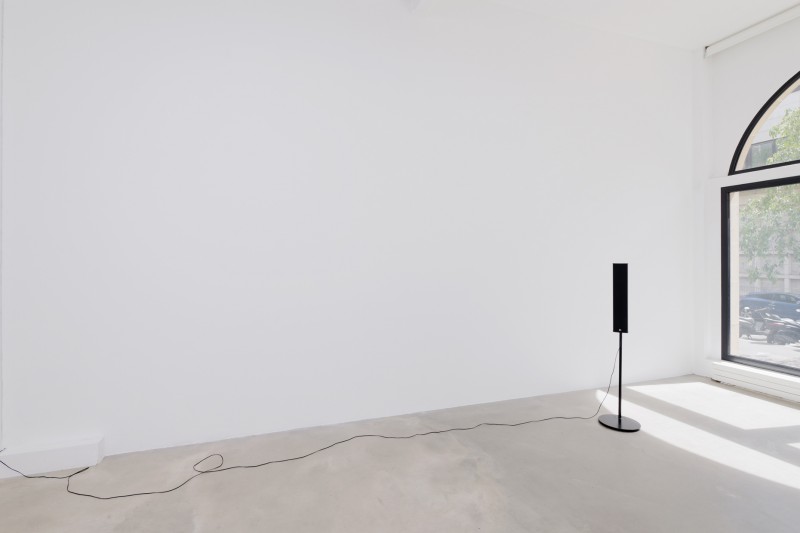 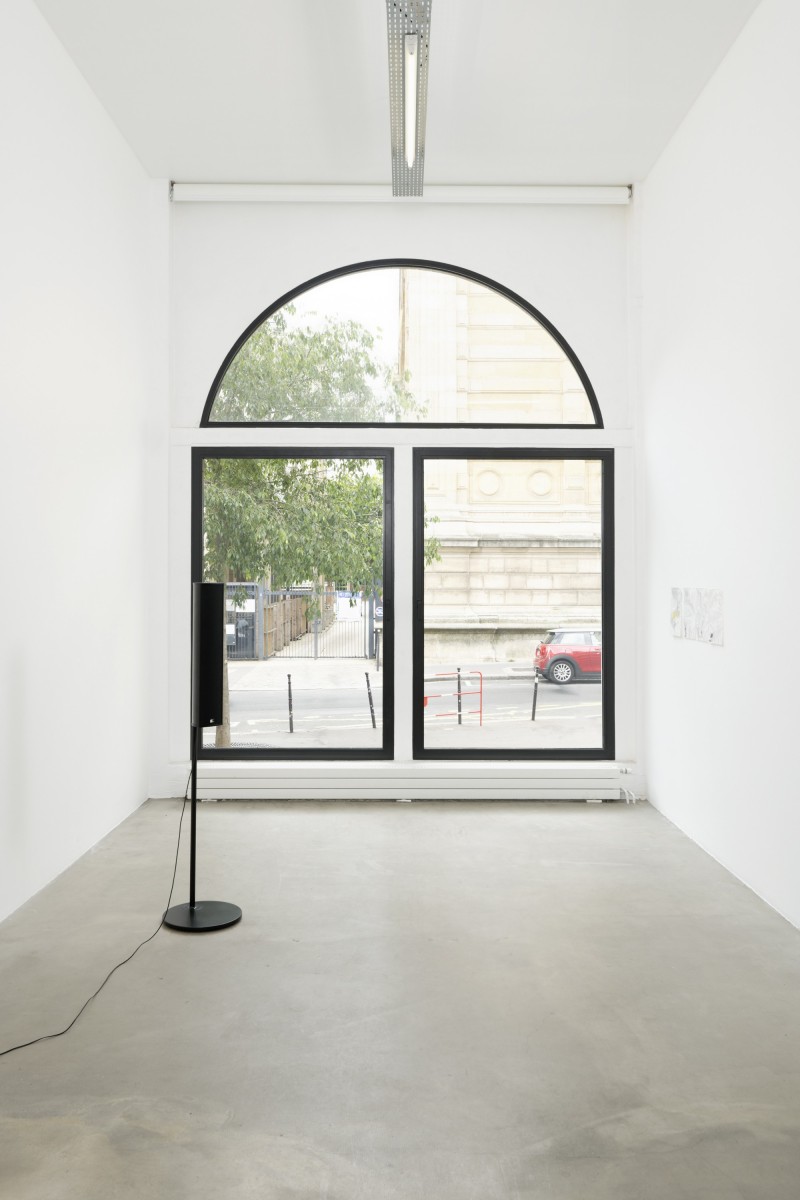 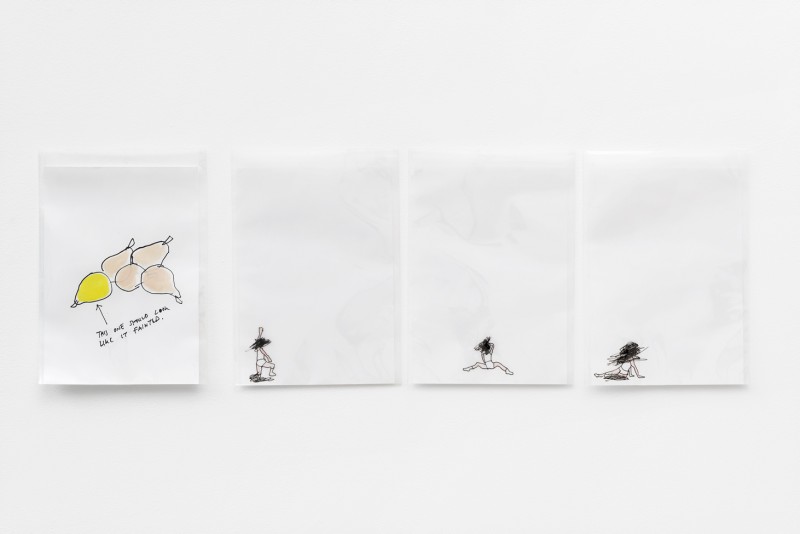 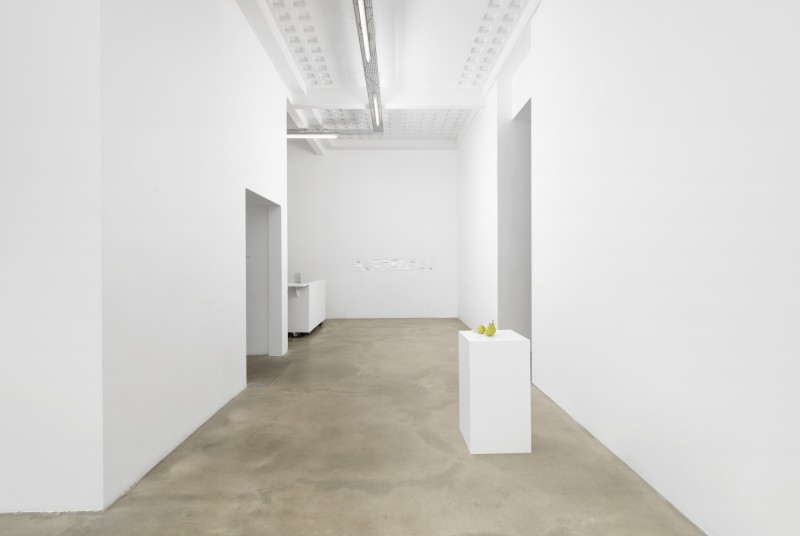 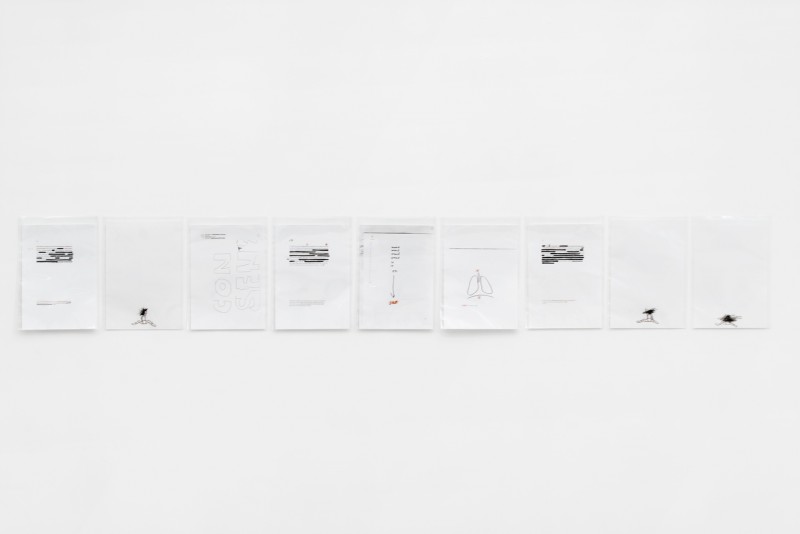 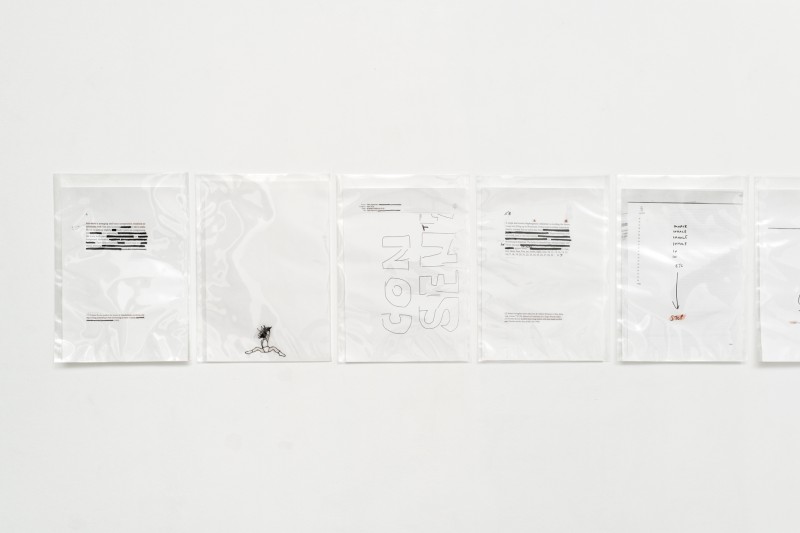 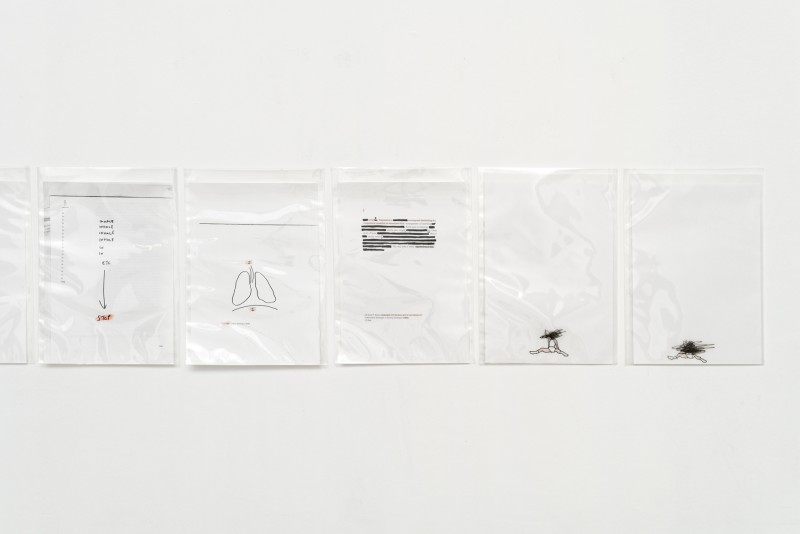 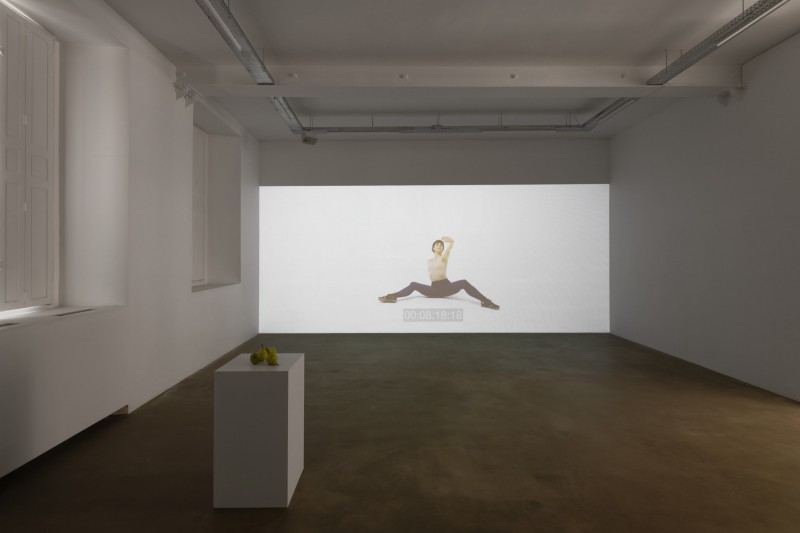 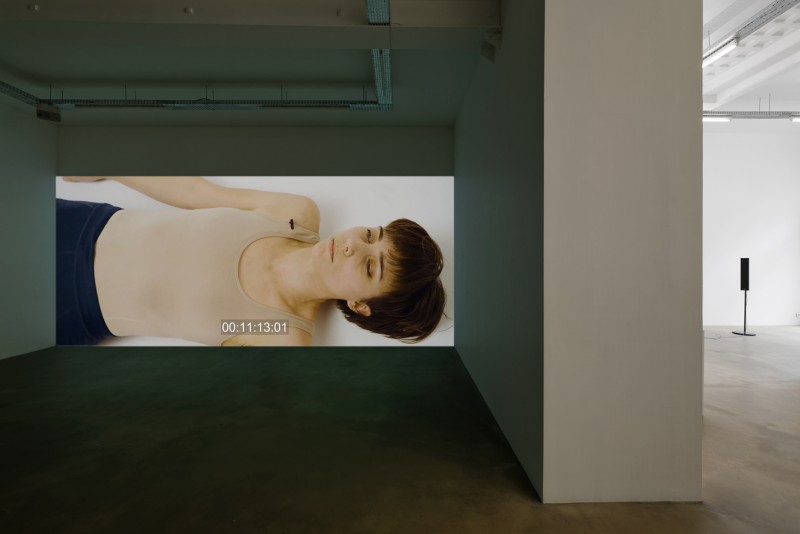 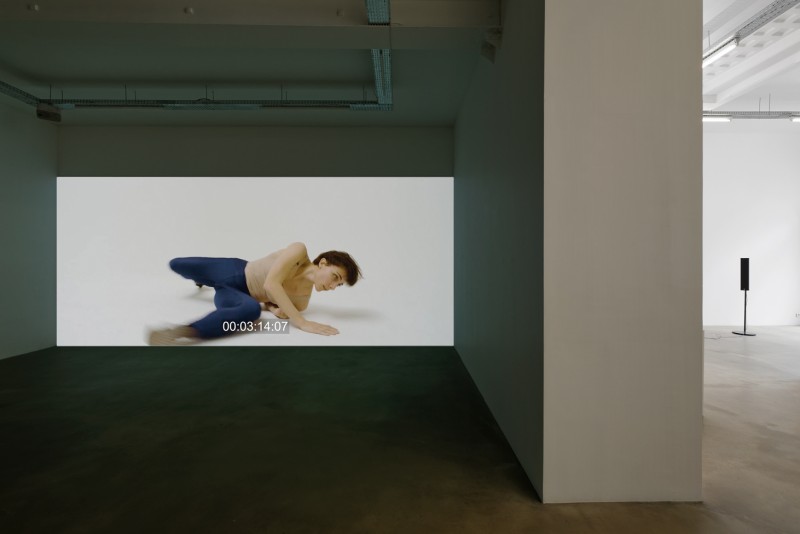 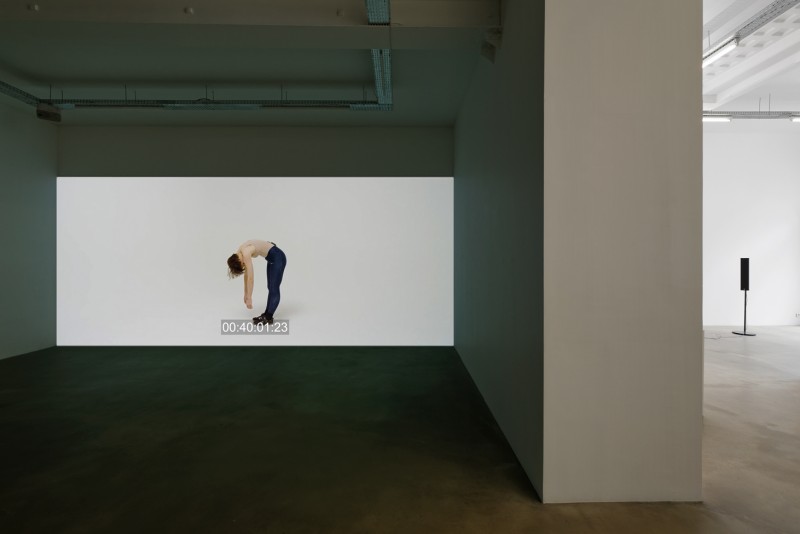 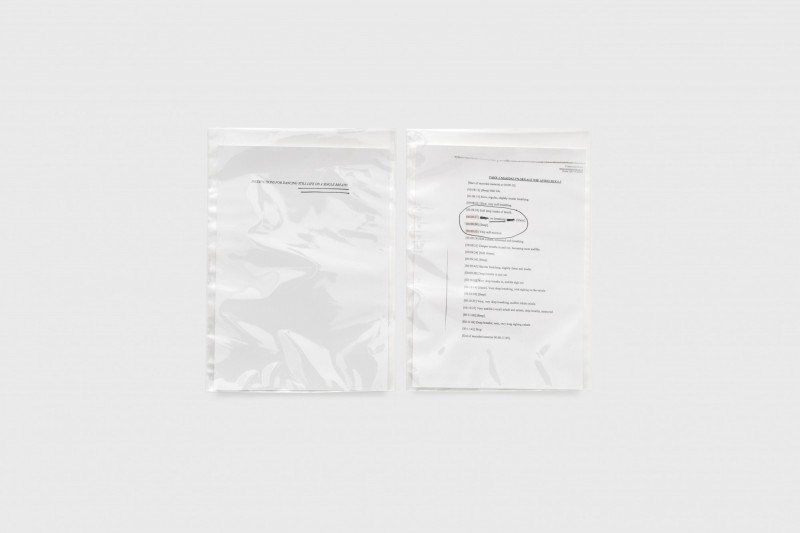 At the center of Fifty Billion Hectares of Time is a film. Shot in a single first take it captures a choreography for a dancer and a cinematographer suspended in a state of heightened activity and waiting. A violent beep, marking the passing of time, replaces the sound of their breathless and exerted bodies. An unmanned audio recording taken from a radio microphone worn by the dancer fills the space, disjointed from the image. Captured sonic detritus from New York City’s airwaves, and interference from radio waves surrounding the location of the shoot, shape and carve out an acoustic imprint of the dancer and cinematographer’s bodies. On plinths, fresh pears avert their own mortality and decay. Meticulously arranged, rearranged then replenished, they never fall apart. A score, instructions on how to dance a still life in the space of a single breath, is presented in plastic sleeves mounted to the walls. Elsewhere, another pear, this one painted, has fainted.
Staged through technical, literary and metaphorical proxies, the exhibition presents the twenty-first century human body as being both vital and corpse-like. Equally, it asks how the same body may evade capture, circulation and compression by recasting itself as a preparatory, durational reality.

Firmly grounded in philosophical training, Spooner’s work is generated through writing, unfolds as performance and arrives as installation, sculpture, drawing, film and sound. Considering the effects of performance on the contemporary condition, her work responds by incorporating duration and rehearsal as modes of resistance to corporate, digital and performative climates. Born in 1983 in the UK, Spooner is based between Turin (IT)  and London (UK).

Fifty Billion Hectares of Time includes dancing by Magdalyn Segale; cinematography by Charles Billot; sound editing and mixing by Tom Sedgwick and a special thank you to Laura Mclean-Ferris, for her writing on still life that underpins all.