In nature, the prickly and self-sufficient character of the cactus allows it to survive in arid desert-like environments. When domesticated, the plant becomes a decorative object, a living geometric sculpture, the object of much attention and whose occasional flowering is a source of pleasure and pride for every cactus fancier. Domestication of the plant has spread widely in Europe and the United States since the middle of the 19th century.

Based on documentation and second hand objects he’s collected over the last two years, Yann Sérandour presents this phenomenon and follows its development through different trends and across borders translated from one language into the next. 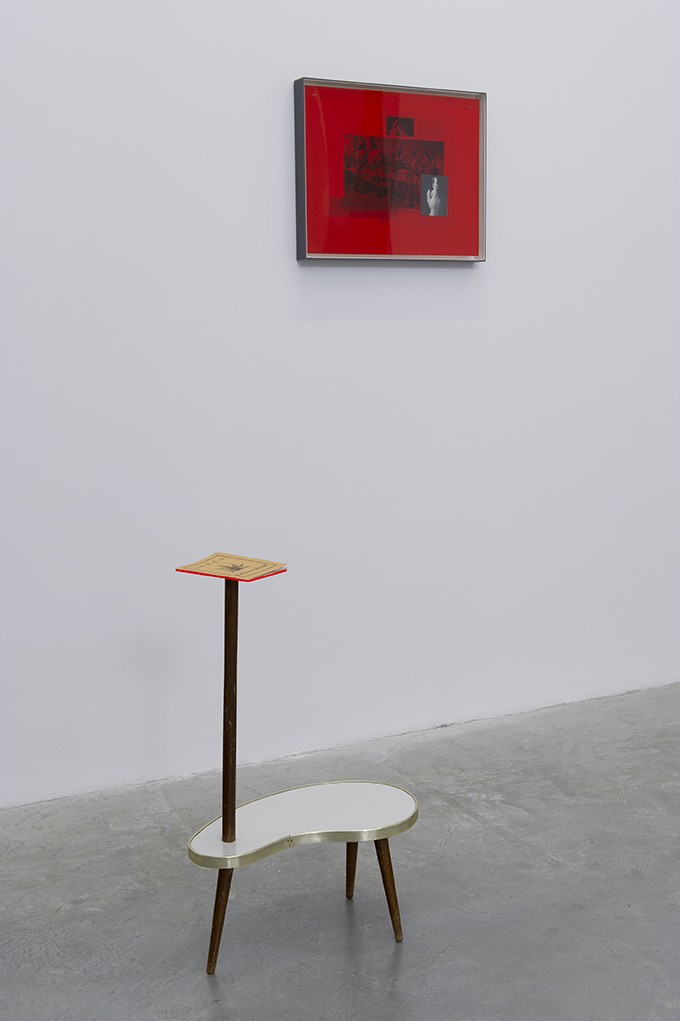 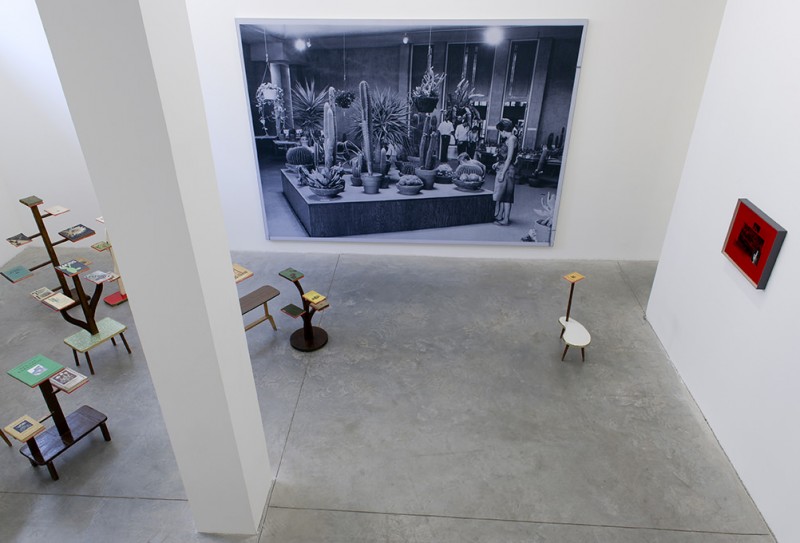 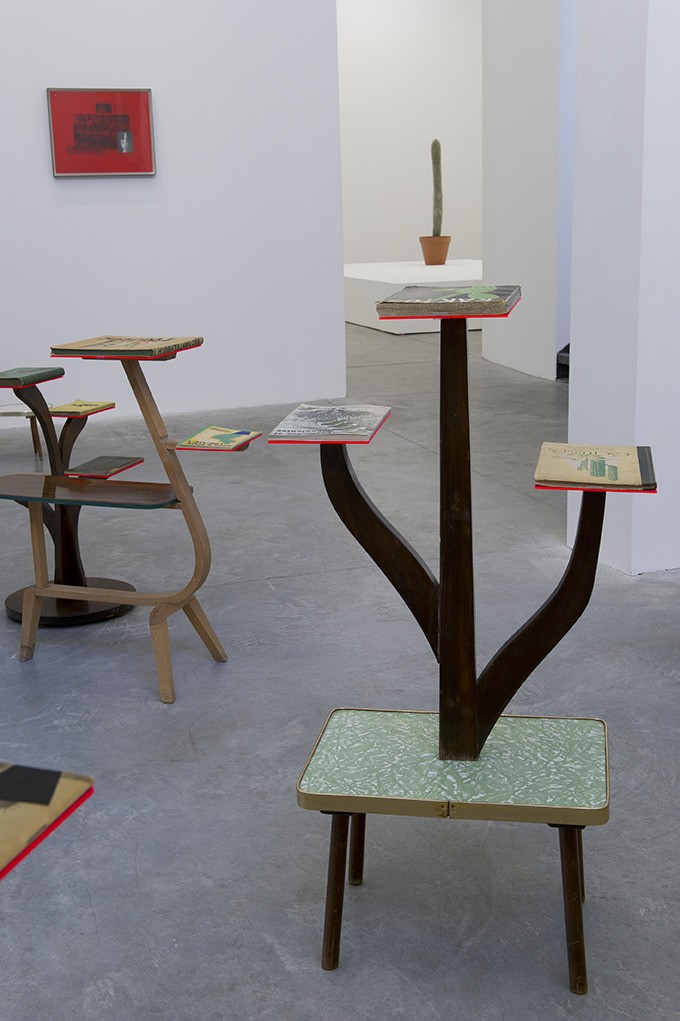 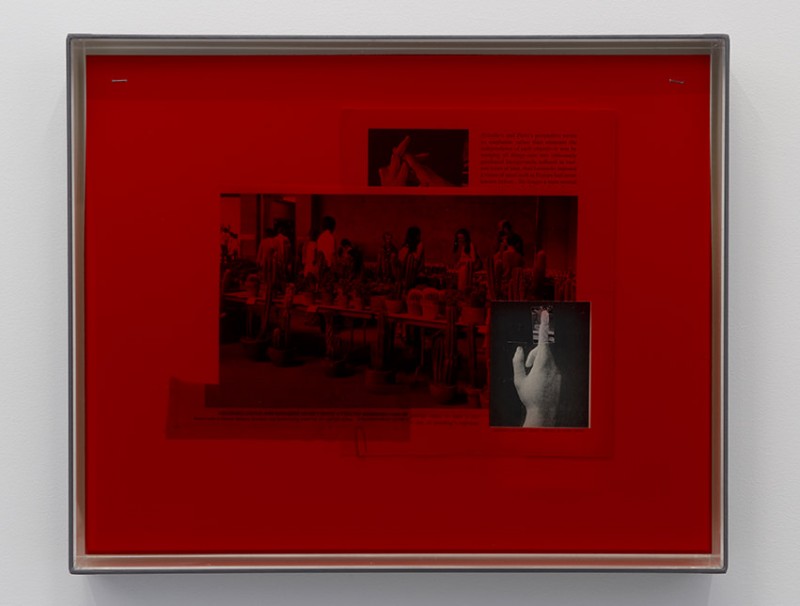 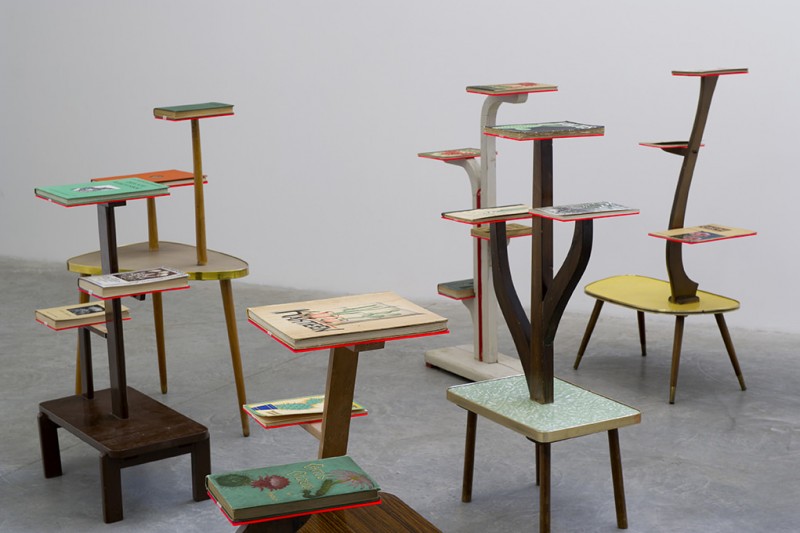 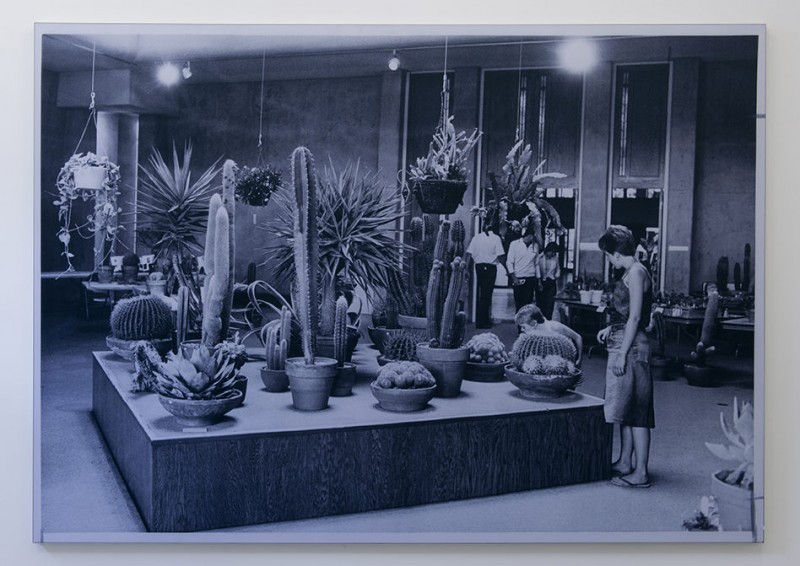 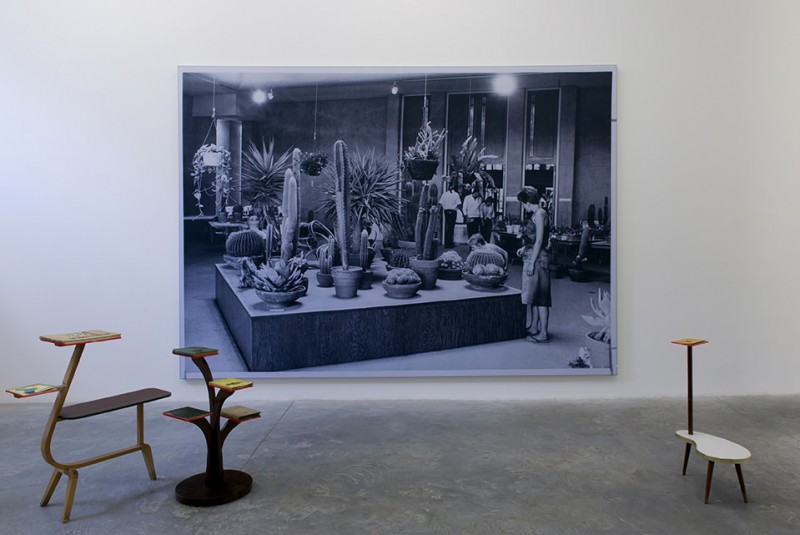 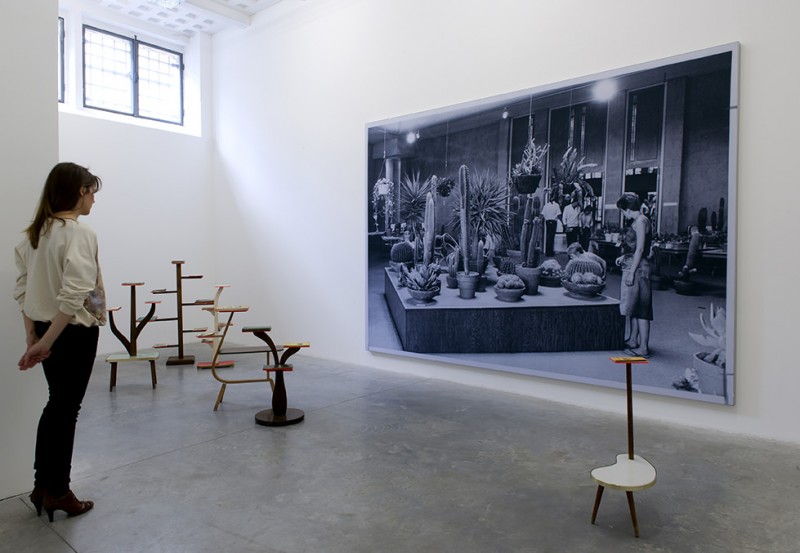 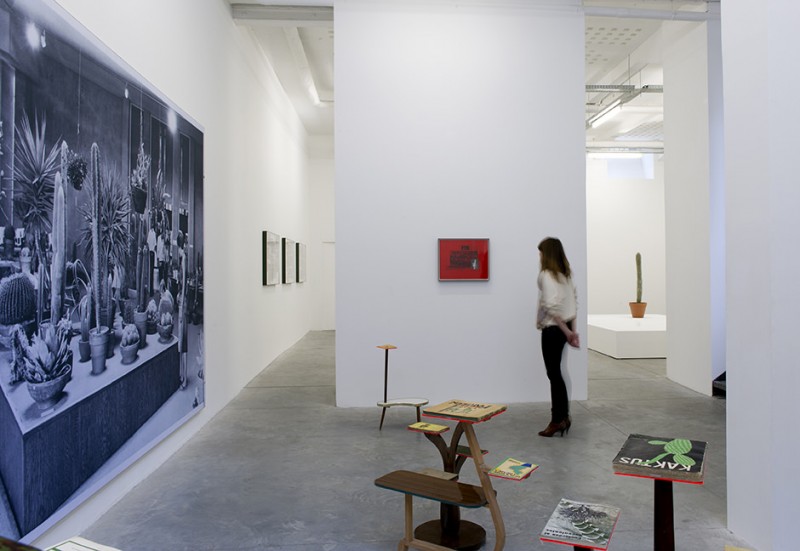 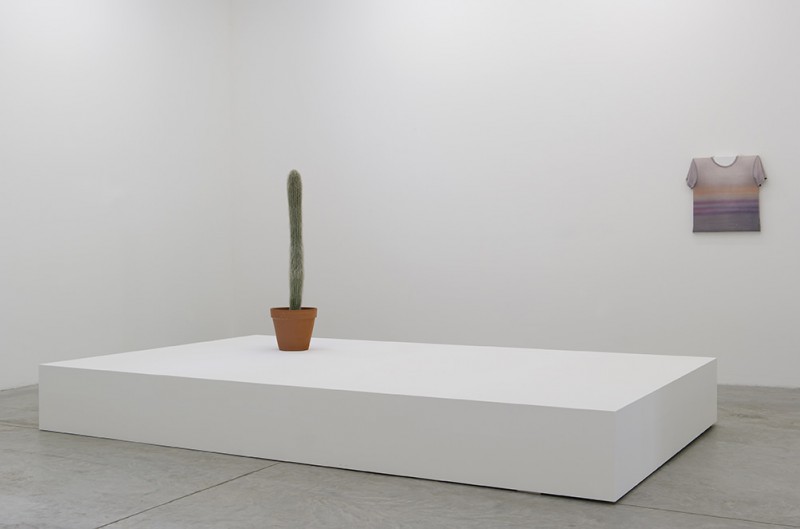 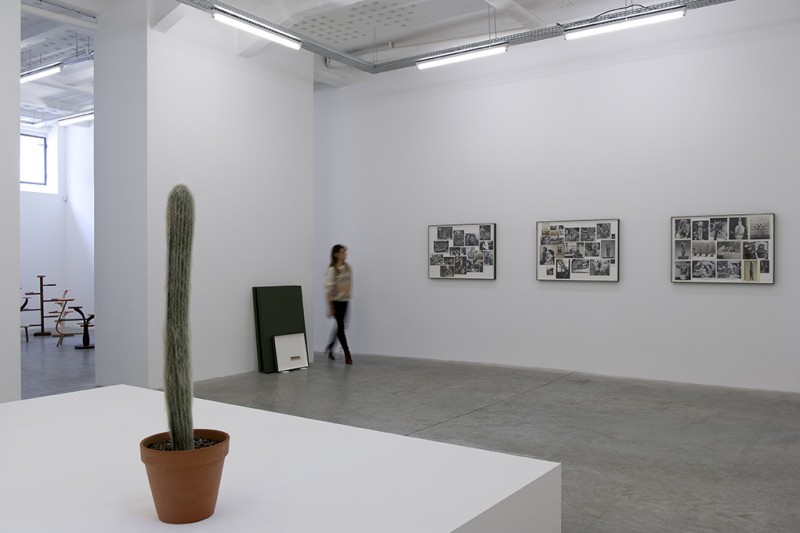 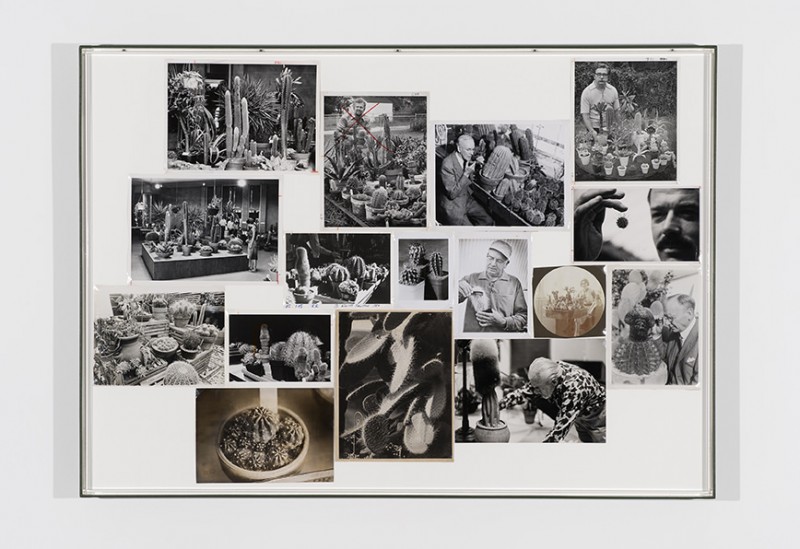 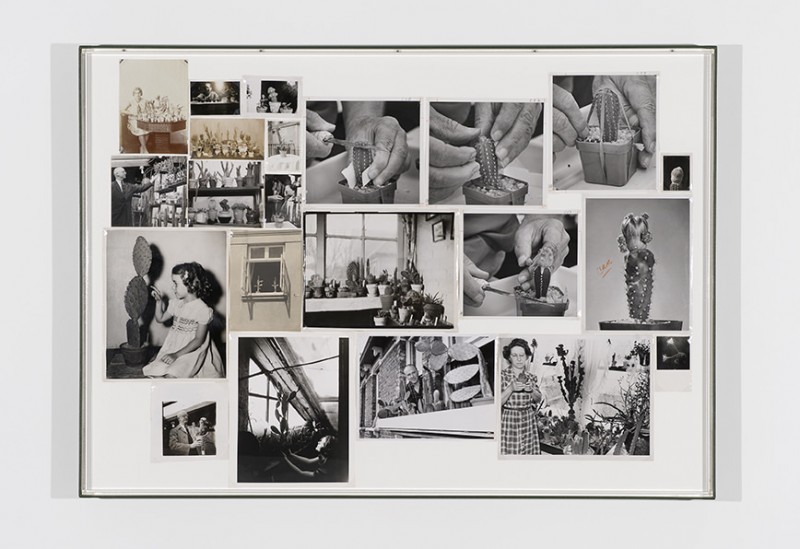 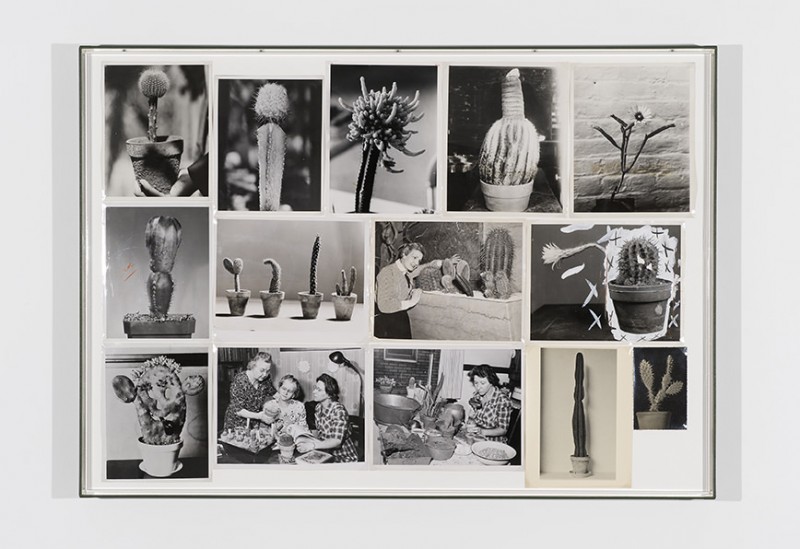 On the occasion of his third solo exhibition at the gallery, the artist presents illustrated books, gardening guides, hobbyists’ journals, plant stands, and photo proofs found online, which are all items he uses to depict this collective fascination for a bizarre and curious botanic specimen.

Archival photos and bibliographies offer a public image to the passions and practices of these hobbyists, from which the story of such a devotion can be told. Through the reuse and display of retro objects and vintage images, Sérandour also elicits the enthusiasm, while highlighting a contemporary tendency to fetishize the past, in which a work of art becomes a decorative element. He uses the same approach to reaffirm his interest in the marginal role of the decorative, whether it be nebulous, tangled, or prickly. From antique mirrors (World Mirrors, 2011) to Japanese marbling paper (Slowly Running Streams Coursing Through Fields, 2012), to fireplace surrounds (Fireplace Displacement and Passe-partout, 2013), Yann Sérandour subtly explores the mechanisms for spreading and reproducing artistic contexts across space and time.

These marginal decorative ornaments are reflective decoys and conceptual frameworks used by the artist to develop his own ideas on the means of conveying art. From the outset, via books, reproduction, and through discovery and chance, they have been able to revivify and alter the progress of a story.