This second part of two consecutive solo exhibitions dedicated to the work of the Finnish artist Elina Brotherus at gb agency presents the latest series of work by the artist entitled “Artists at Work“. It gathers together a series of nine photographs as well as a video around the theme of the artistic work and its representation.

Following a long-time interest in the representation of the artist and her/his relationships to a model, this new series depicts the artist herself being a model of two painters who eventually become models as well. 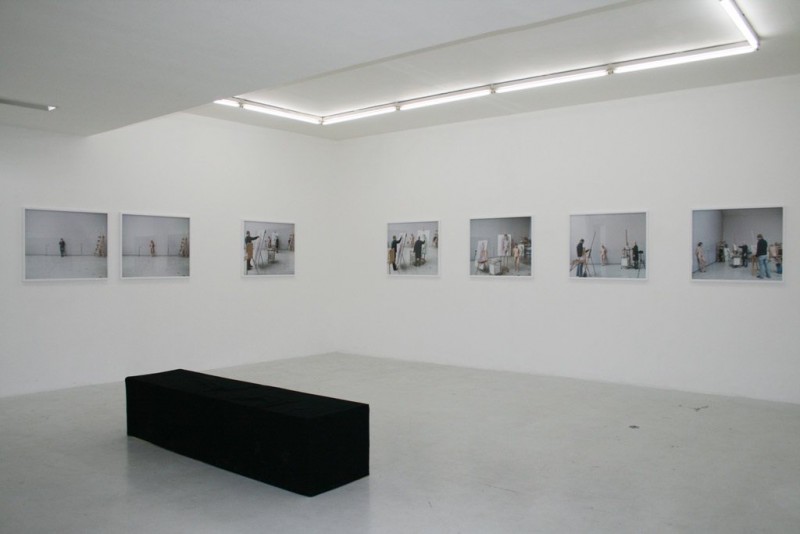 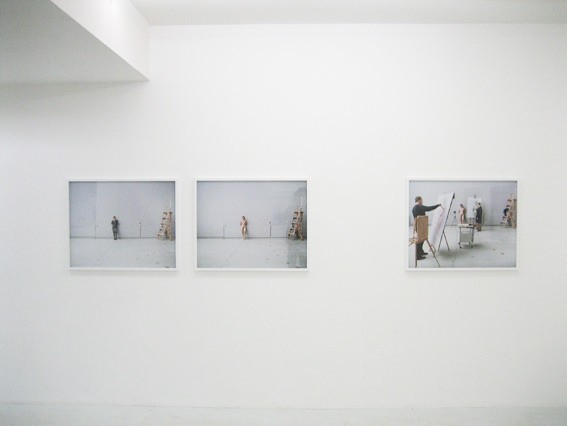 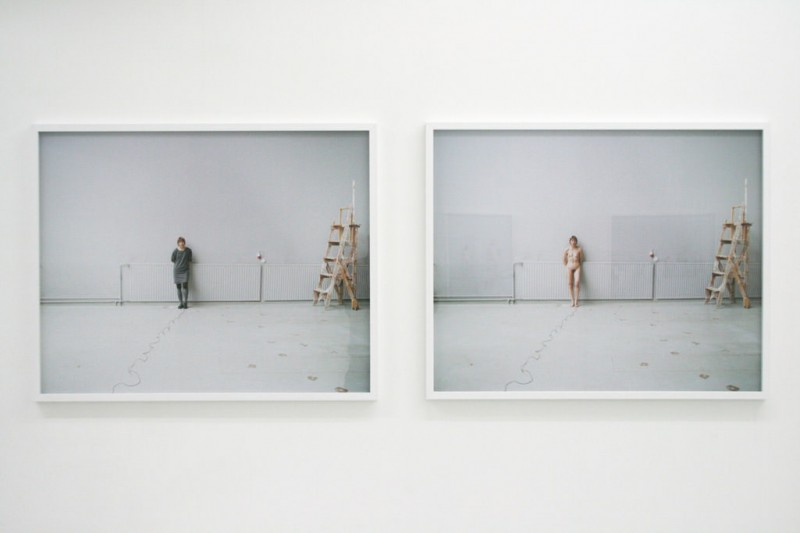 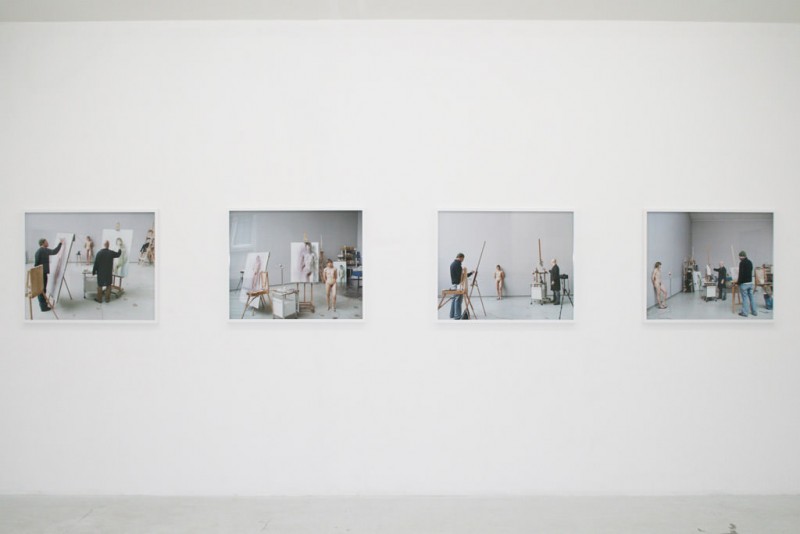 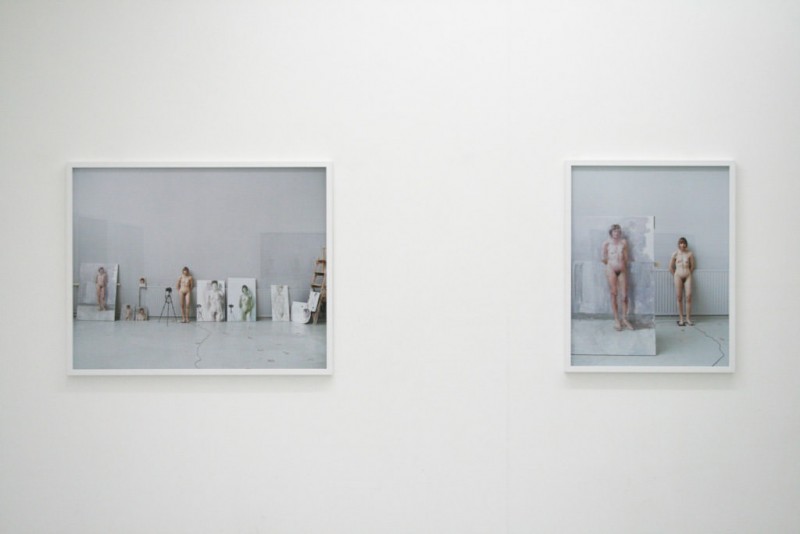 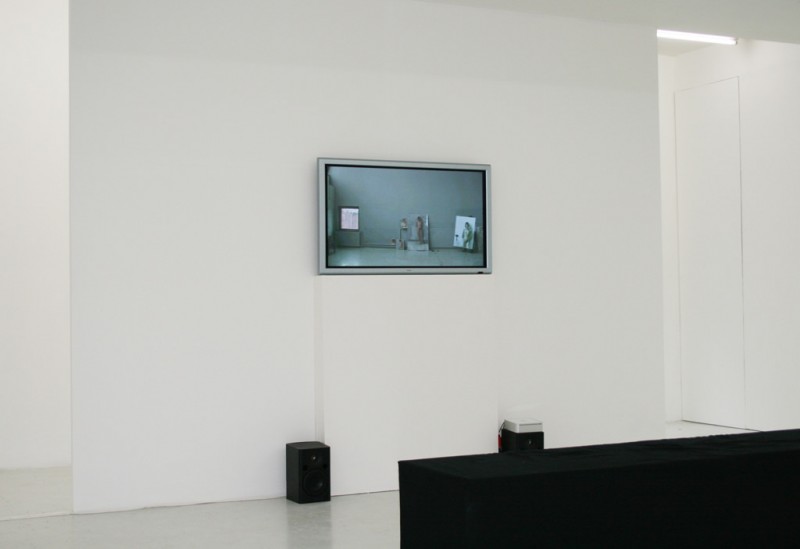 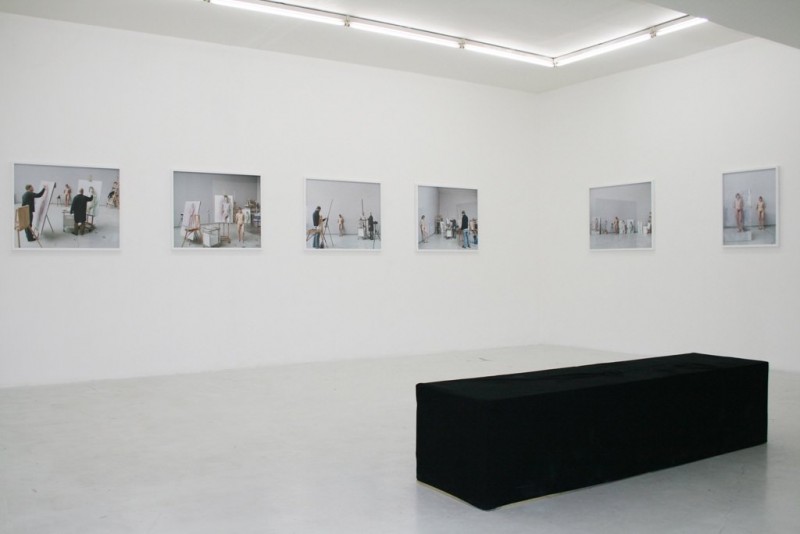 « Who is watching whom? Who is the artist, who is the model? Who gets the “last gaze”? Having used myself as a model since a long time, I wanted to develop further the notions of the artist’s gaze, the model and the self-portrait of an artist. Last summer I met two young painters, Jan Neva and Teemu Korpela. They have studied at the Academy of Fine Arts of St. Petersburg, where the academic tradition of painting the nude still prevails. In art history one can find a type of image where the painter presents himself with the model in the studio (and often looks over his shoulder towards the spectator). I wanted a situation where it is the model who presents herself posing as a model. Traditionally the painter watches the model and the model watches nobody. In our “unholy model session” the roles get mixed: the model becomes an image-maker and the painters become models. In principle the situation is similar to that where I’m making a solitary self-portrait, facing the camera on a tripod, and showing with the cable release that I’m at the same time author and subject, artist and model. However, the painters at work concretisize the posing as even more real. Furthermore, I was curious to hear how it would affect the painters’ work when the model looks back at them, observs the observers, makes in turn their portrait with her own medium.»
Elina Brotherus, December 28, 2009

Elina Brotherus (1972) works with photography and video. She lives in Finland and France.
She was a recipient of the Prix Nièpce de la Photographie des Gens d’image in 2005 and of the Prix Mosaïque du Centre National de l’Audiovisuel du Luxembourg in 2001. She published three monographic books: «Decisive days , photographies 1997-2001» (Kustannus Pohjoinen, Finland 2002), «The New Painting» (Next Level, U.K., 2005) and «Etudes d’après modèle, danseurs» (Textuel editions,
with the support of the Opéra de Paris, France, 2007). Her new book on the «Artist and her Model» series is currently under process.