“I started out reading the private letters of Rosa Luxemburg in between times of production, in coffee shops, while I was waiting to be able to start working or have conversation. The reading of the letters became part of my everyday activities. Rosa’s letters have long been historic documents, but originally they where addressed to one person in a specific moment. So what happens when the letters are transported into a different time and read by the unspecified, I asked myself while reading, not quite sure if it was ok. I felt that the reading was uncannily familiar and relevant.” 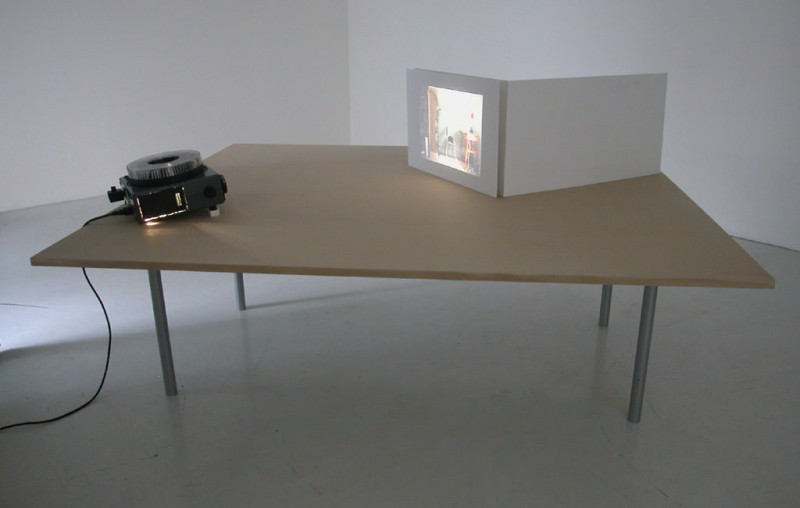 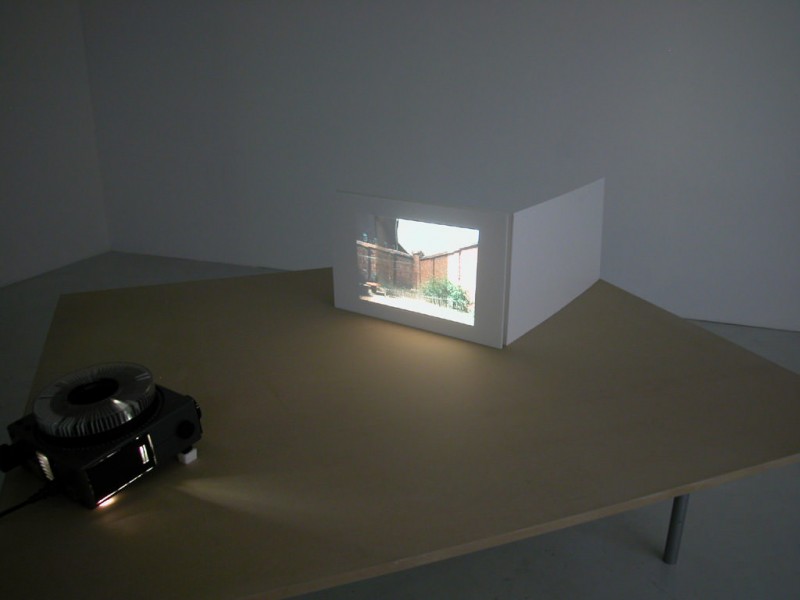 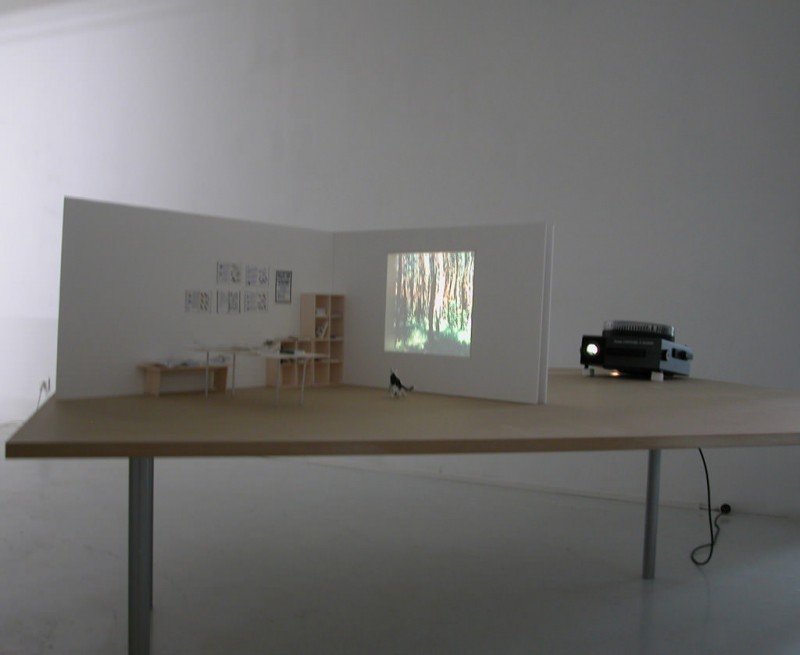 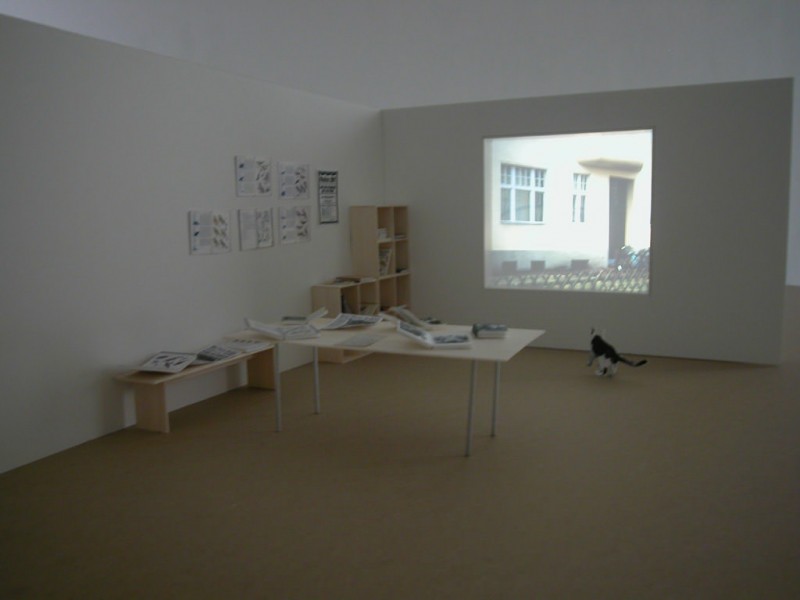 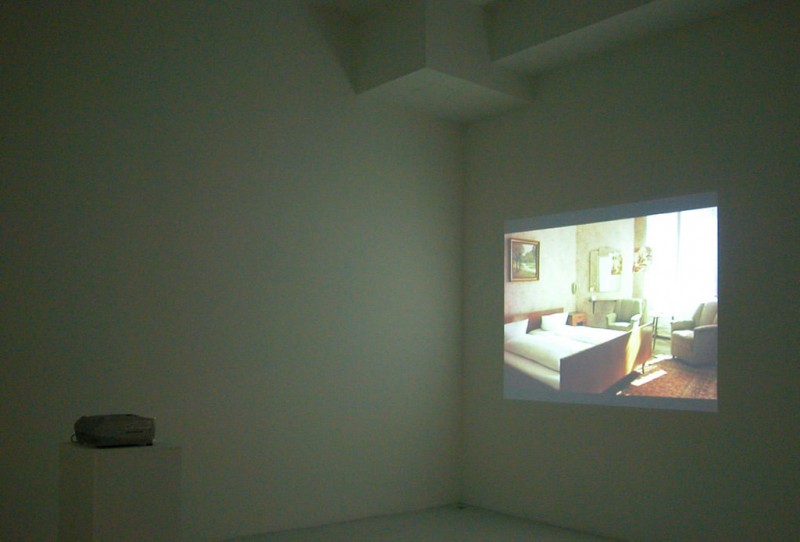 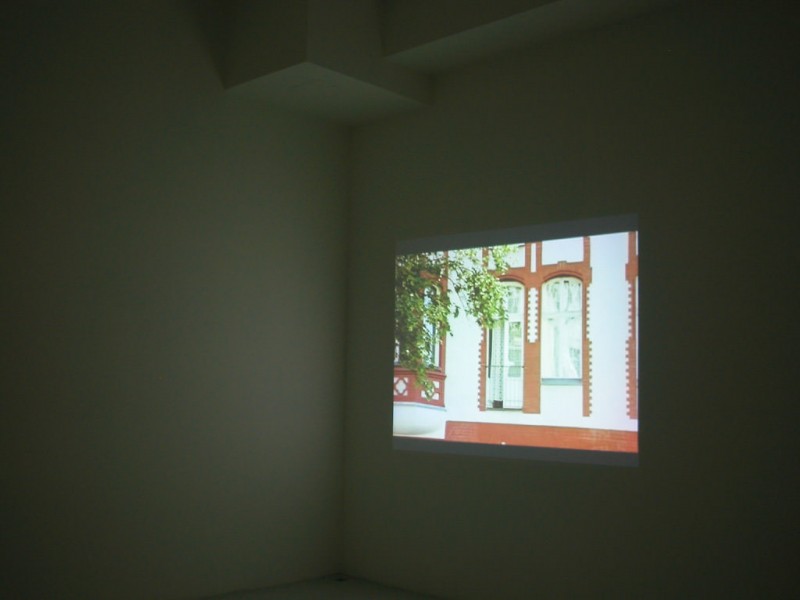 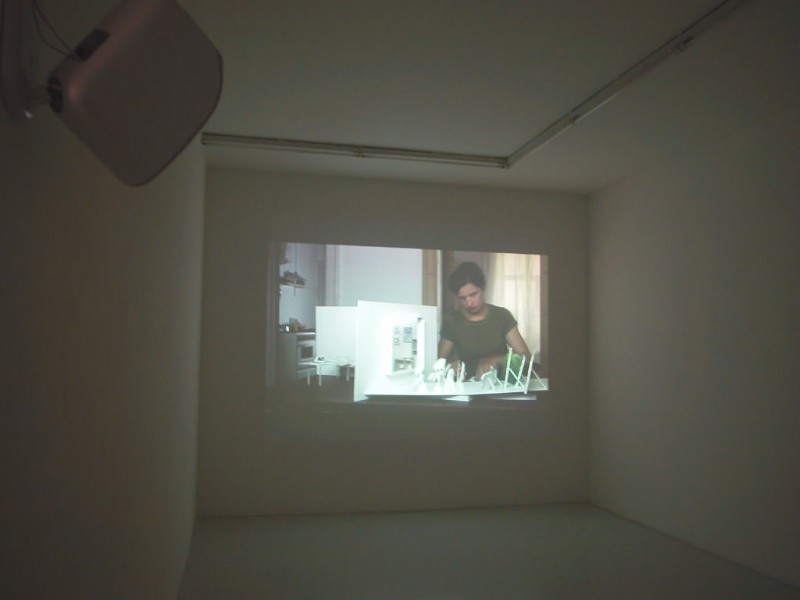 Rosa’s Letters - Telling a Story is a scenario, consisting of two films and a model.

Making the model for the film, while making the film. Making the film, while working on the model, is a staging of a series of activities that in them selves might seem meaningless, with no particular course or reason, other then creating a scene for the film. You hear a voice in then film. The voice is embodied in a character; an investigator, that contemplates and acts out the scenery of the story. The voice-over is based on fragments from Rosa Luxemburg’s letters. - Letters (1891-1907) to her lover and work partner Leo Jogiches through many years, her lover and friend Konstantin Zetkin (1907-1910). - Letters from her time in prison (1916-1918) in Wronki and Breslau to her friend Sonja Liebknecht and Hans Diefenbach.

Recordings is a document of a journey to some of the places where Rosa stayed and from where she wrote her letters. A compilation of a series of 16mm filming and the sound recordings of some the places that once were the scenarios of Rosas movements, and the background for her reflections. The recordings cover a fraction of the journey. The journey carries as much importance as what have been captured. The meaning of the film is unresolved, and the document is a fiction.

The model is a prop from the film, with its own life movement of slides projected on the window. The images are from a demonstration in Berlin, the 15th of January 2006, the death day of Rosa Luxemburg.
Rosa refused to accept the conditions of reality in a constant battle for a better condition. She believed that it was possible to transform her convictions into real change. But at the same time she also understood that change was only going to happen from the conditions of life. She writes about revolutionary practice: “Good organization does not precede action but is the product of it” and “The organization of revolutionary action can and must be learnt in revolution itself, as on can only learn swimming in the water”.
When Rosa was imprisoned in Wronki (at that time German, today Polish), she would write about the birds outside her window. The birds are still there, the crows are marching in front of the prison walls. The prison is still there and functioning. But the surroundings have been rendered by the 88 years that have passed. One war, change of country and several changes of regime, now the little city of Wronki will honor Rosa Luxemburg with a street name. Driving through Poland, it was difficult not to think about what Rosa would have thought. On an old railway line a (godstog) was transporting brand new cars to Poland. At the same time we where driving through towns that was falling apart, maybe picturiqs in the moment, but despairing in time. We ended our trip in Berlin, and went around to the places where Rosa had lived and died. At Fredrichsfelde cemetery; we found the recreation of a miniature of the monument Mies van der Rohe had once designed for the assassinated Rosa and her comrades. The first monument and the graves of the murdered was disgraced and destroyed by the Nazi Party.

Hannah Arendt quotes Isak Dinesen in ‘Men in Dark Times’: “All sorrows can be borne if you put them into a story or tell a story about them”. Storytelling is an activity, which has the potential of reconciling the pains of the past. When I read Rosas letters, I felt a loss. The loss is inherent Rosas destiny but everything is gained through the reading. What Hannah Arendt points out is that: Life, activity and thinking first becomes real when it is shared with others.”