gb agency is pleased to present a new exhibition of work by Robert Breer, the first since his passing in 2011.

We hope to explore the vision and pertinence of Breer’s work, founded on the dynamic and ongoing interplay between film and the plastic arts. Varied and complex, aware of the consequences of art and yet deeply irreverent, his work constantly experimented with new realms, suggesting a dialogue between his artistic efforts and other domains, sometimes more scientific, sometimes technological. Mainly though, with great humor and philosophy, Breer embraced the concepts of experimentation, chance and evanescence. 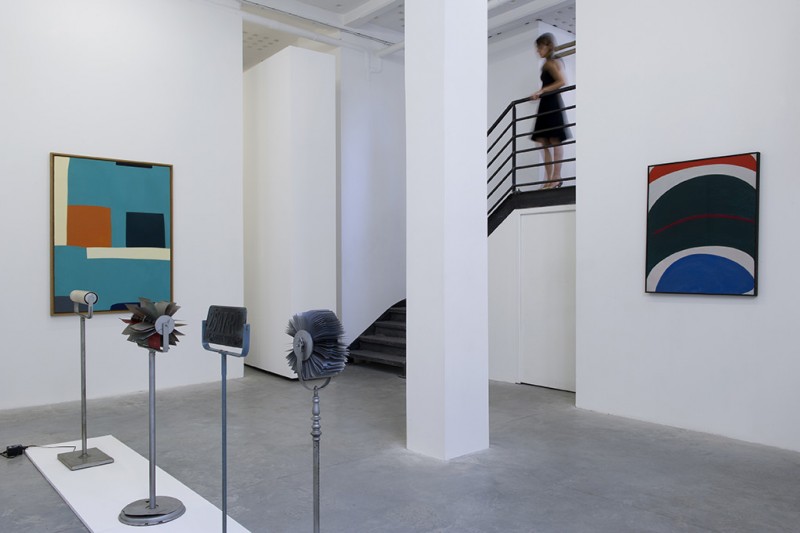 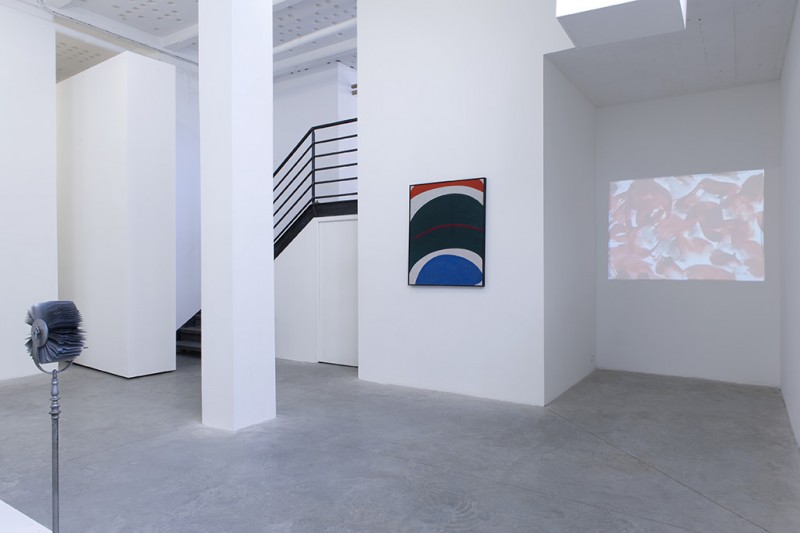 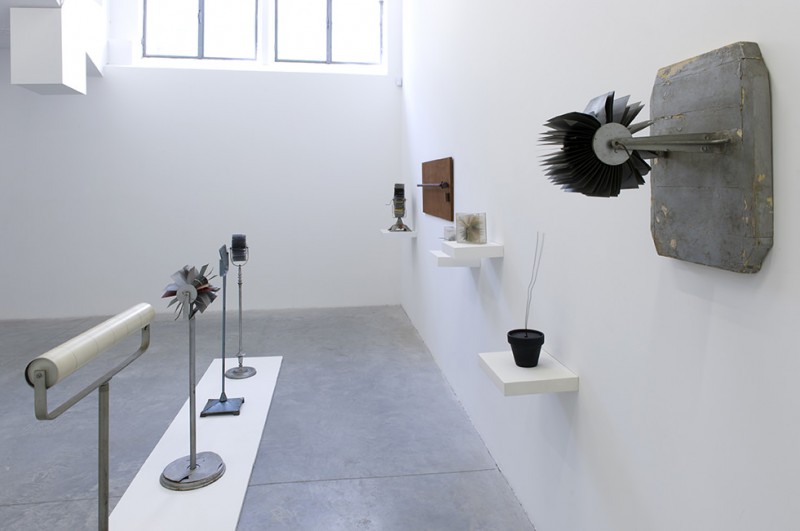 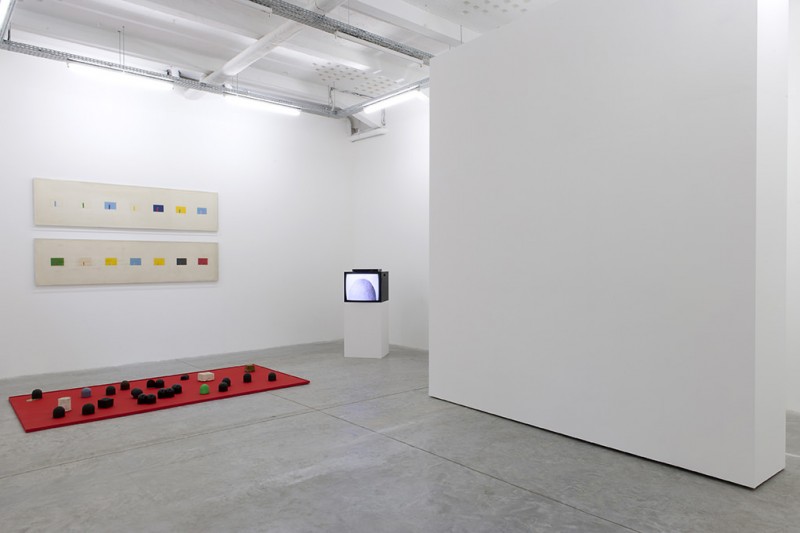 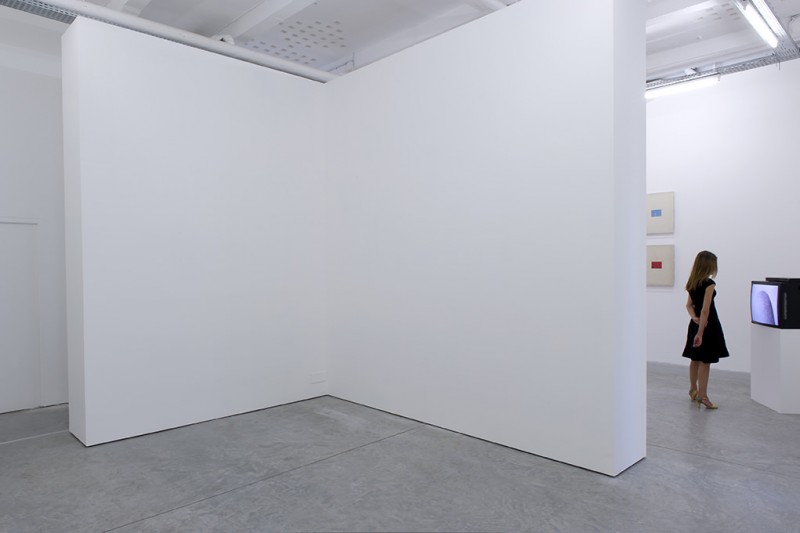 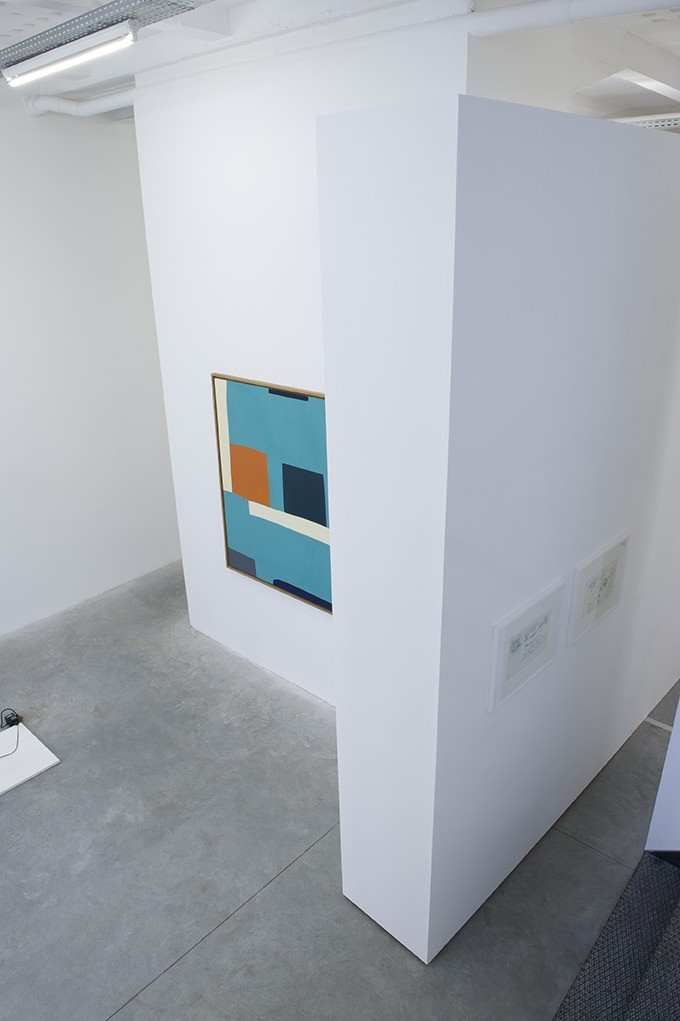 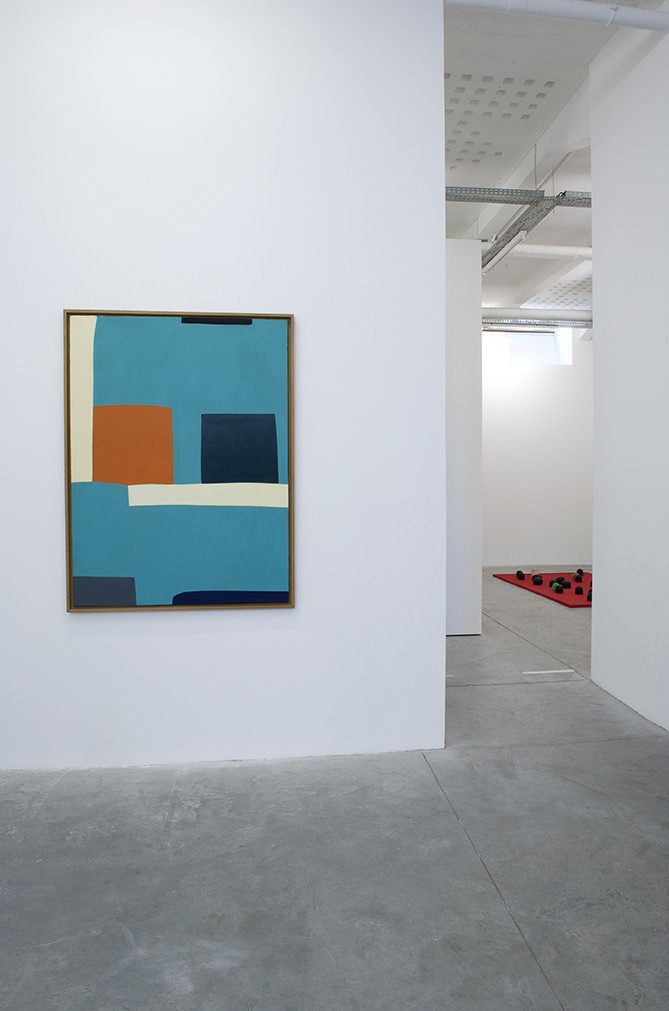 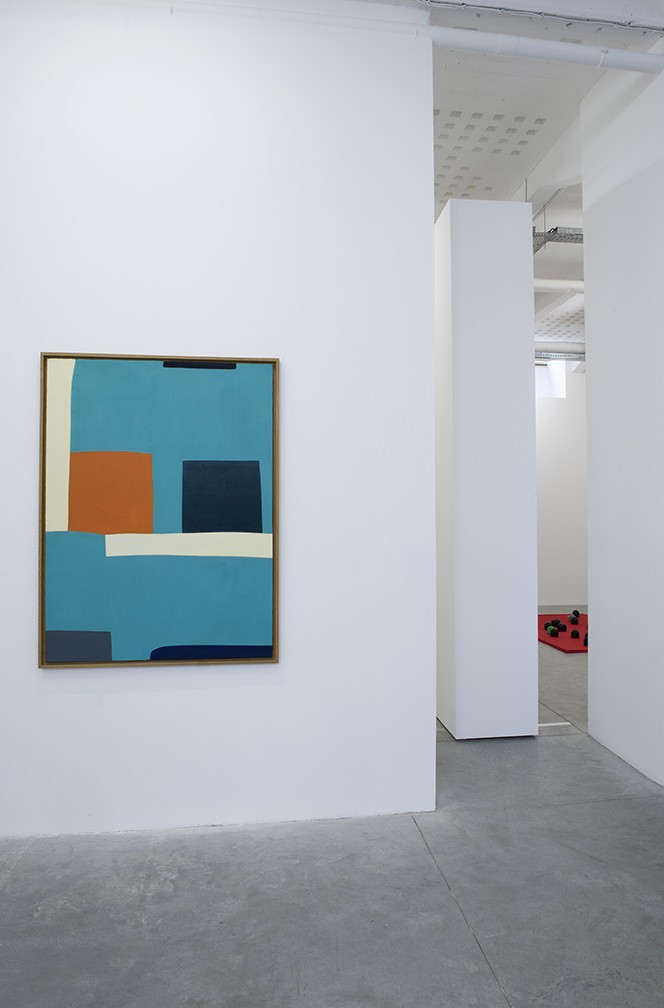 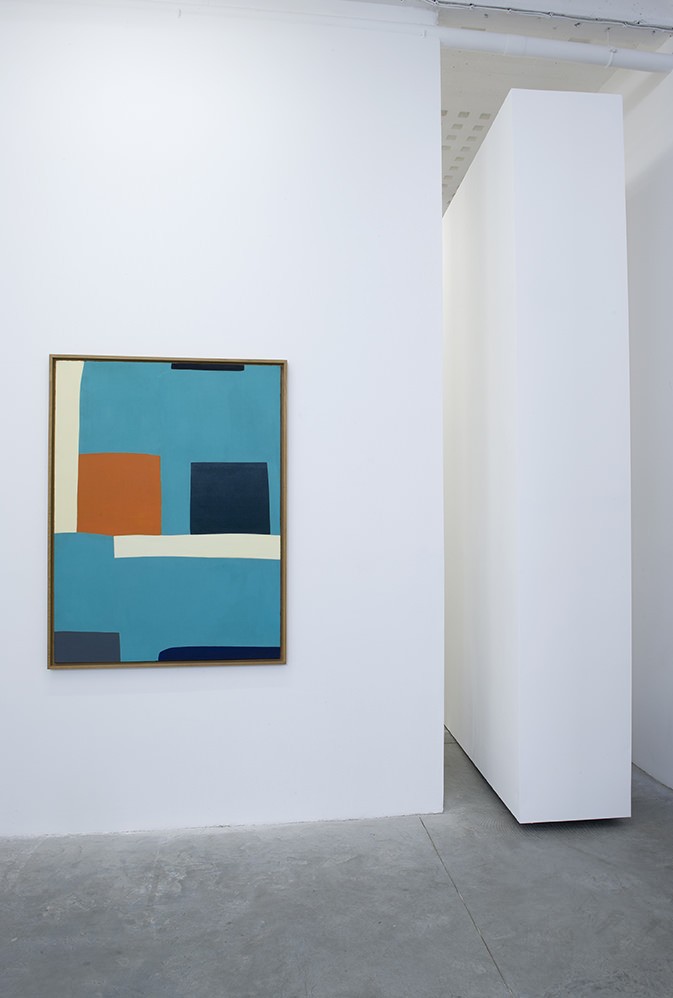 This exhibition focuses on two of Breer’s historic projects: a solo exhibition at the Galeria Bonino in 1965 in New York, and the American Pavilion at the 1970 World’s Fair in Osaka, Japan.

In the 1965 one man show in New York, Constructions and Films, Breer’s folioscopes and mutoscopes made in the 1960 appeared along with other more kinetic objects. Though little known, this exhibition was the first to show Breer as a sculptor. Indeed, after returning from Paris in 1959, Breer quit painting and began making three dimensional objects that reproduce movement and refer back to his work as a filmmaker. It was also a way for him to introduce into the “fine art” space otherwise simple objects that played a role in the invention of film. In the catalogue of the New York exhibition, Alan Solomon noted the strange shift in the art and work of one of the most original experimental filmmakers toward the seemingly more traditional creation of lighthearted objects without any real function. In an interview from 1971 with Jonas Mekas and P. Adams Sidney, Breer claims to be uncomfortable with the theatricality of film screenings and the psychological situations they produce. He said the dramatic circumstances detract from the mystery of the art. With his radically cinematographic sculptures, yet minus the decor of the cinema, it’s the spectator who determines the clips or freeze frames. And Breer follows his own ideas about storytelling and abstraction, and most importantly explores the porous borders between the two.

Although not shown in the 1965 exhibition, the film Blazes, made in 1961, comes closest to this non-linear narrative form. Breer once told us that he hesitated to put credits in the film, because doing so would give it beginning and an end. He liked to say of Blazes, ”100 basic images switching positions for 4,000 frames. A continuous explosion.” For three minutes, the retina is intensely engaged by contrasts of light, saturations of color, marks on black or white backgrounds, and the tension of rapid pacing. Breer tests the threshold of our awareness and the limits of meaning. Watching Blazes, Jonas Mekas, says “Our eye has expanded, our reactions have quickened. We have learned to see a little bit better…All these loose thoughts concern the new film language that is developing, a new way of seeing the world.” 1

Breer thought of Blazes as an attempt at expressionist painting, part of his constant back and forth between art history and film. He was also inspired by the random collage work of Schwitters: pages of watercolor drawings were spread haphazardly on the ground, then reassembled and reorganized if necessary. The final sequence was then filmed image by image.

Sensual, visual, and intimate, the next part of the exhibition echoes a better known collective and political project, the American Pavilion at the Osaka 1970 World’s Fair.

Writing in 1972, Barbara Rose says of the project, artists, and engineers led by Billy Kluver, “Because the Pavilion is not an exclusively visual work, it demands an integrated sensory response…The Pavilion is not an object; it is a unique experience…it heralded a new civilization characterized by a new system of values, erasure of the line separating art from life, and the active participation of the audience…It accepts art as part of life, as an experience as ephemeral and changing in its form as life itself.”

An active participant in the project from the beginning, Breer created seven Floats, sculpted domes almost two meters high by two meters wide that moved slowly. He also conceived the sloping tunnel by which visitors entered the pavilion.

At the same time, Breer would create a series of other works around Osaka. Notably he made the film 70, in continuity with his earliest abstract films, where the artist sought to purify the medium, in the same manner as the abstract painters. Film was a veritable free space for Breer, because through it he could “mix ideas, shapes, and words.”

We are also showing some collections of drawings from 70 which were chosen and featured by the artist for a solo exhibition in 1970. Even if he called each drawing a frame of film to be edited, he claimed a real pleasure in looking at them, saying they’d previously been lost to make the movie. 2 For Breer, the filmmaker doesn’t exist without the visual artist and vice versa. The drawings were made with spray paint and a knife and produce ambiguous sensations of softness and hardness. Shapes dissolve even while their lines appear brittle; forms constantly shift from geometric to organic and back again.

In the same one man show, Breer reused some of the mini Floats that had been made in mass quantity by MoMA for the World’s Fair. He transformed them into 93 moving Variations, giving each a particular shape, a singular and unique portrayal.

In order to show the extraordinary work by Breer for Osaka, we wanted to revive a project conceived in 1969, Floating Building. The original idea was to make a floating building to house meetings and conferences, whereby the participants, when exiting, would be lost, having been displaced to another location. The chaotic utopia and the rejection of authority, without doubt impractical in the real world (the piece was never made), were transferred to the institutions of art. Forty years later, for the installation “The Death of the Audience” at Secession 2009, Breer created a motorized art wall, set in motion. At first imperceptible, the movement of the monumental sculpture Floating Wall disorients the viewer’s perception of space and time. Every frame of the installation changes with time.

The entire output of Robert Breer actively and dynamically compels the viewer to relook and look again. His work makes us aware of the permanence of change and the complexity of life. “I have contrived myself a funny problem: how to get back to the fixed image by way of cinema. I like to cross back and forth dragging elements from both worlds. I like to cross back and forth between cinema and fixed imagery. I like to have the belongings of one into the world of the other, and never get caught.”

Thanks to Kate Flax, Barbro Schultz Lundestam, Julie Martin, Patrick & Didier Warin and to Miles Hankin for the translation.