The idea of journey resonates and remains relevant in Pratchaya Phinthong’s oeuvre. It is the mean by which experiences and materials are accumulated, measured, formulated and transmitted into the realm of art. Each journey defines sequences of his artistic operation, which can be interpreted as correspondences between diverse entities. The algorithm of his operation bases on movement and tension between divergent realities, processing an ensemble of narrative devices. 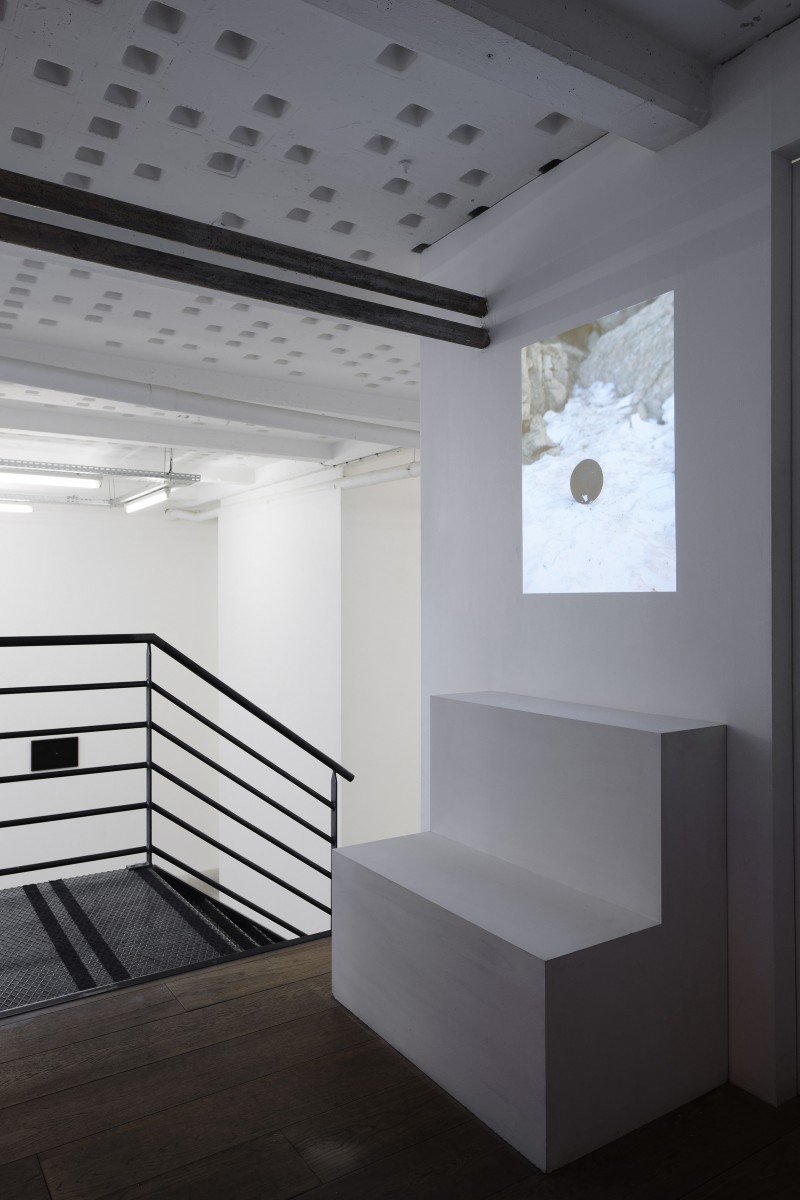 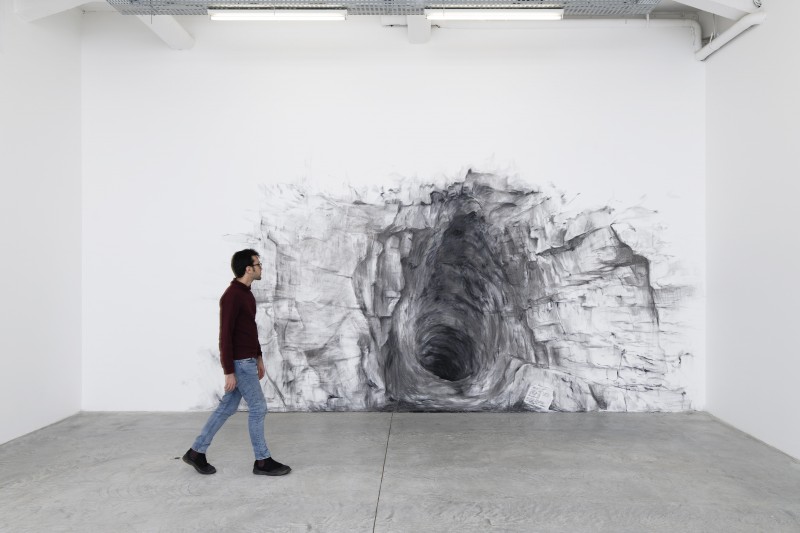 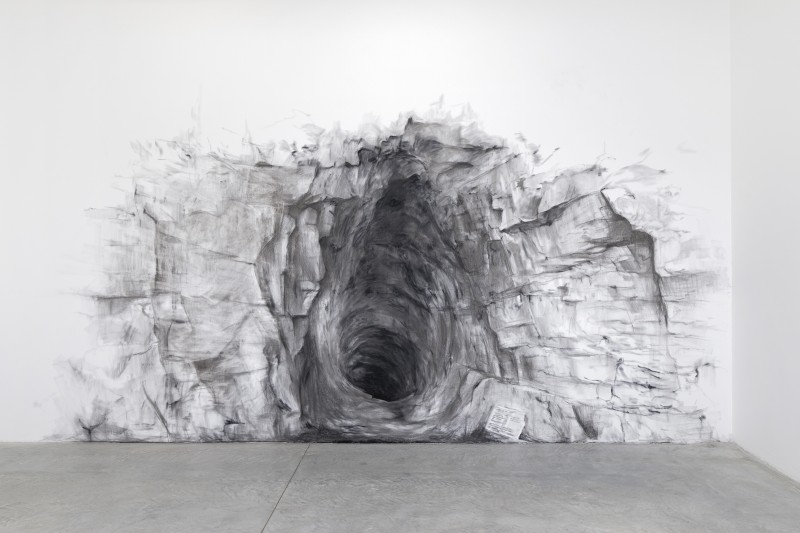 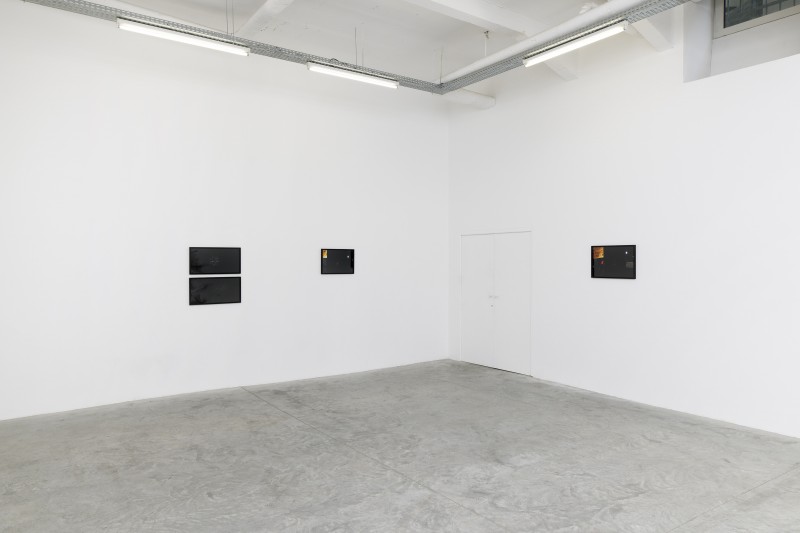 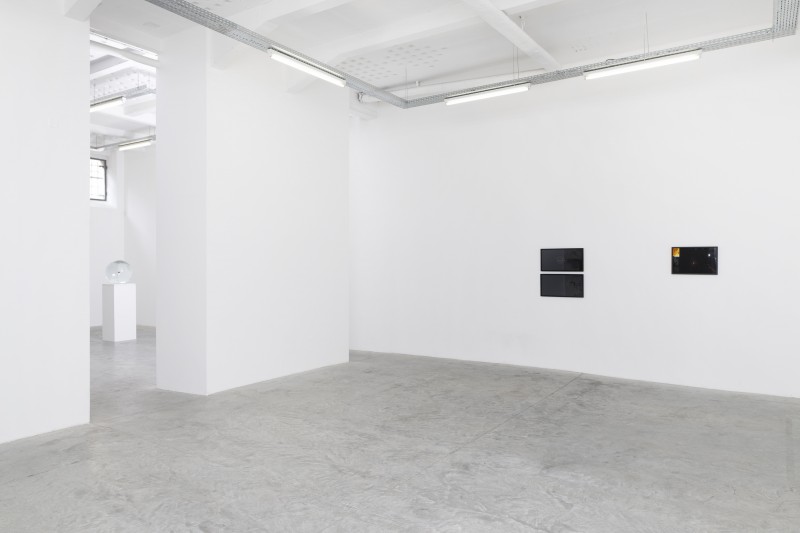 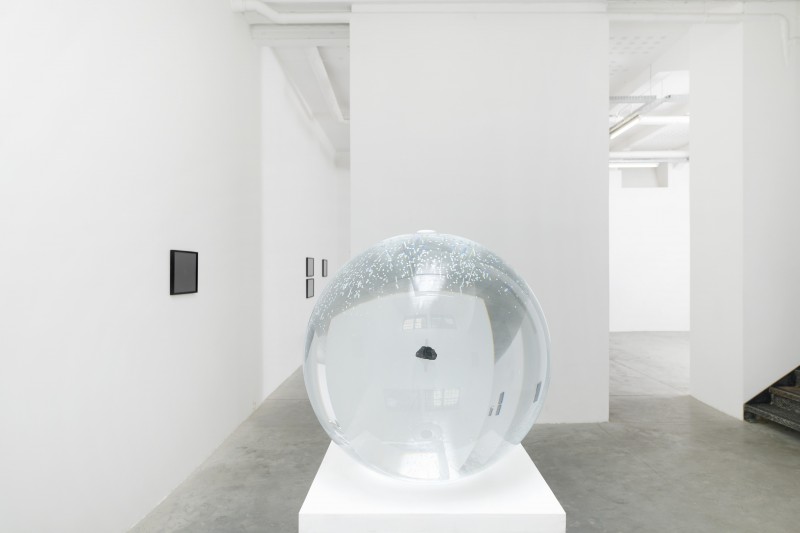 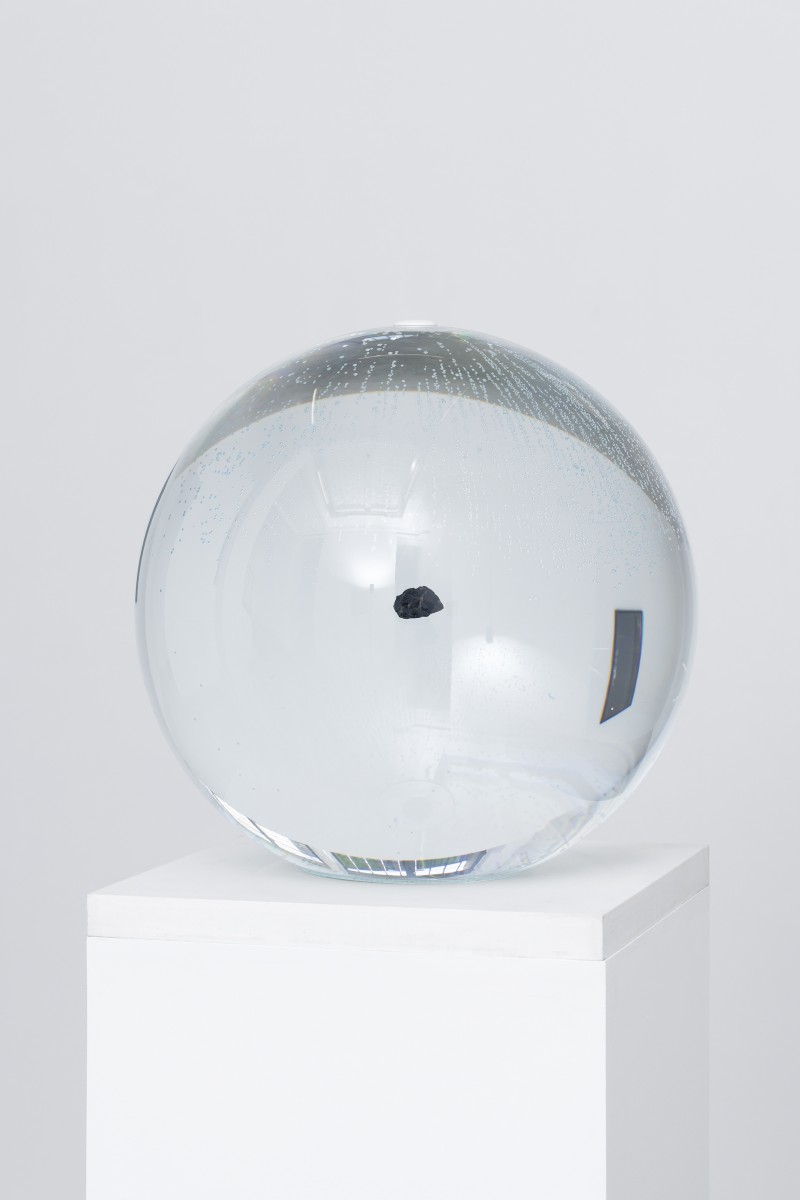 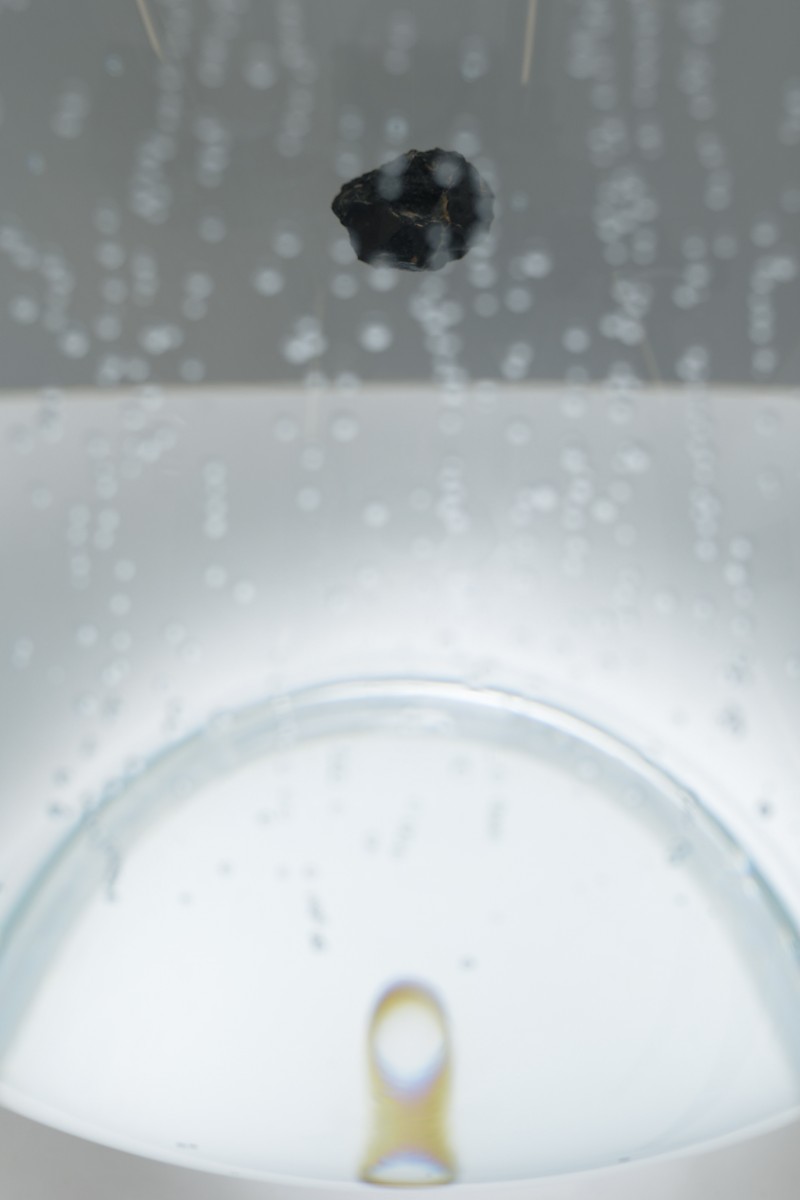 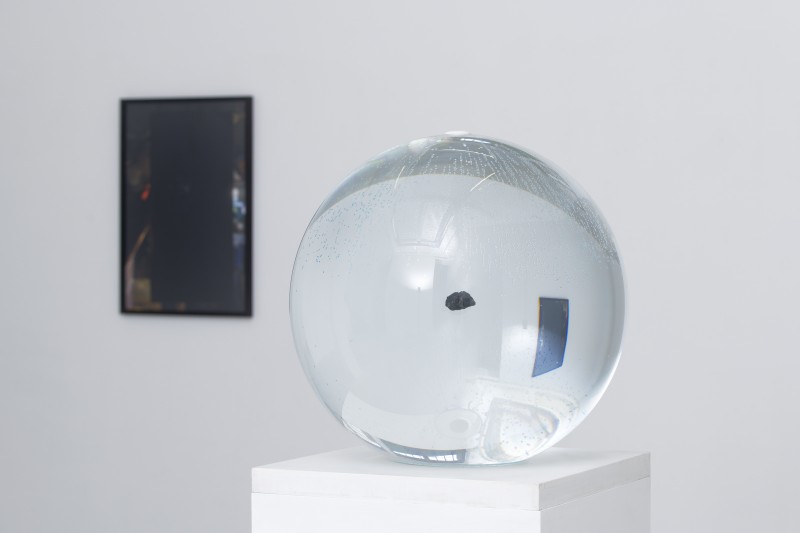 Pratchaya Phinthong
Partial exhibition view A whole from a different half, 2018 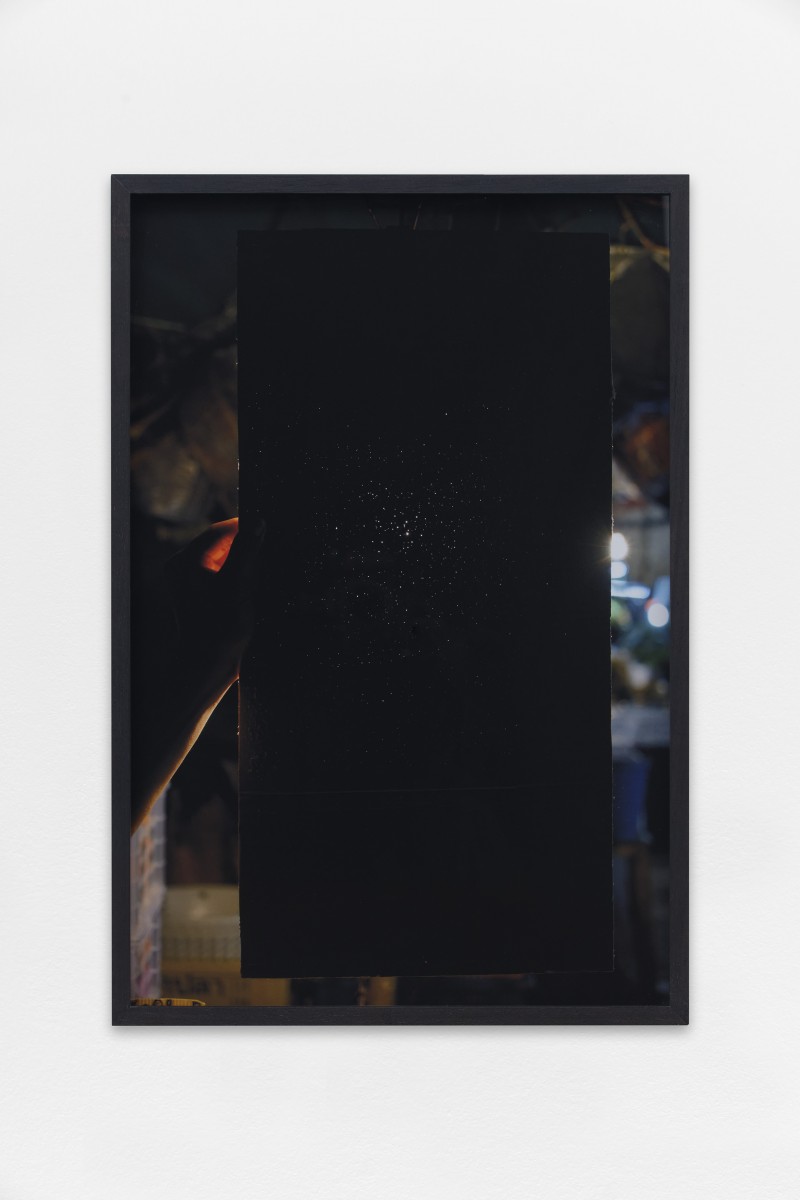 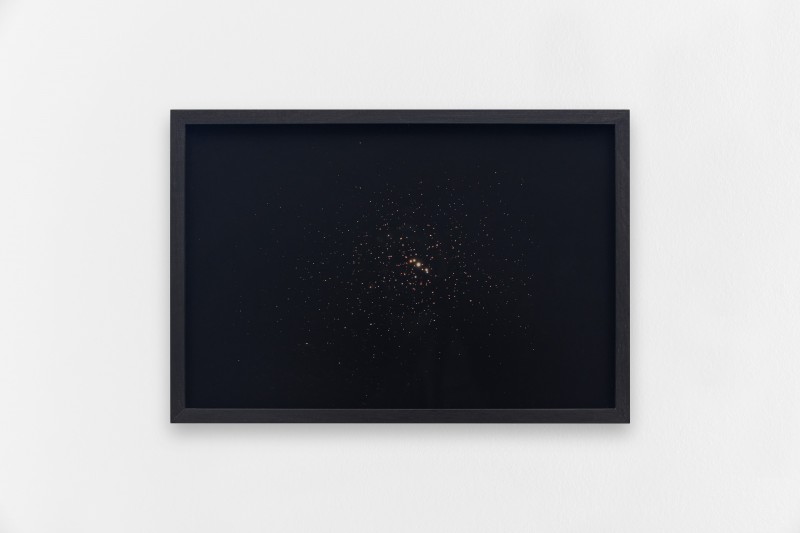 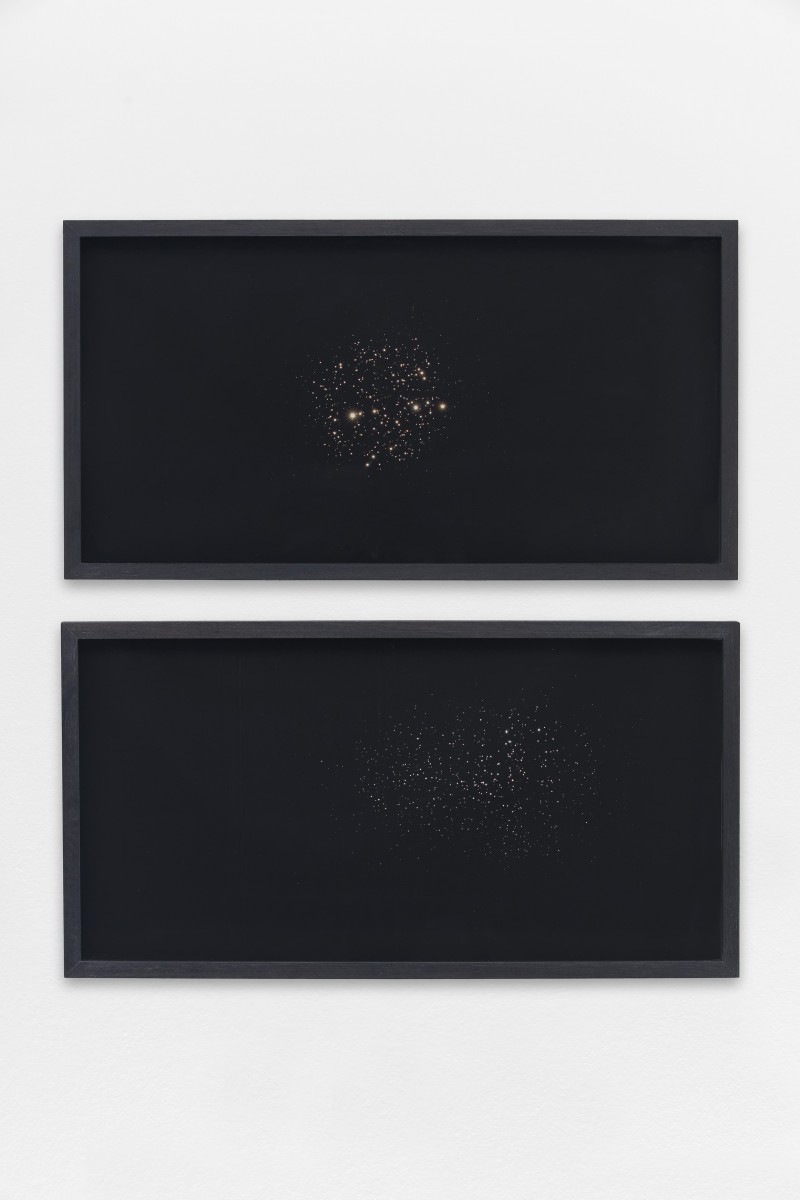 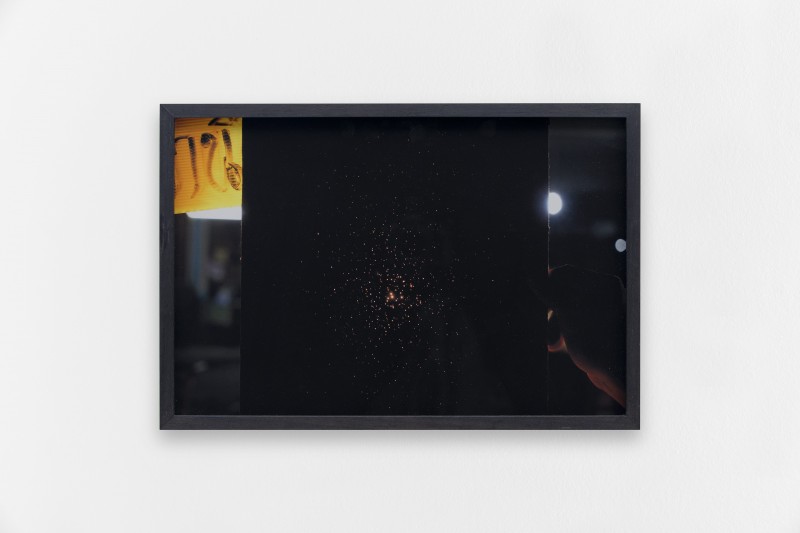 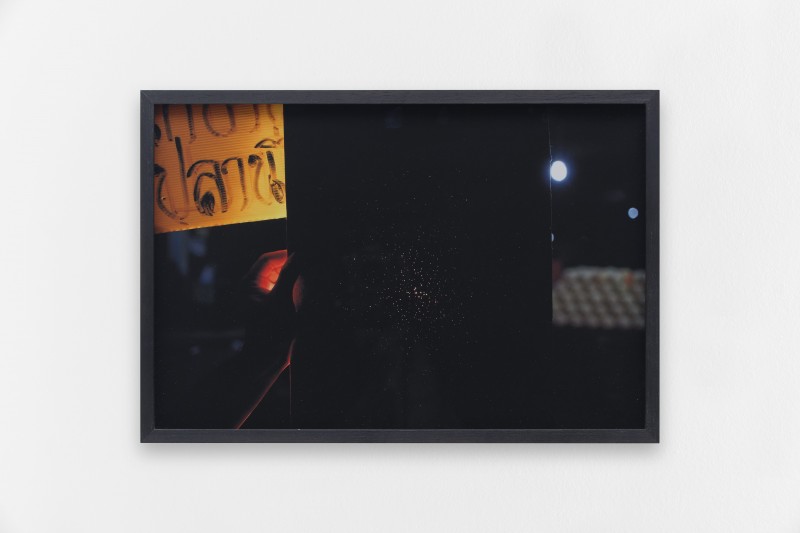 For A whole from a different half, Phinthong starts with inquiry to regenerate his past works, notably One of Them (2012) which has led him on a journey to Tövkhön Monastery, one of the oldest Buddhist pilgrimage site in Mongolia, on the sacred hill of Shireet Ulaan in Övörkhangai Province. The monastery was found in 1653 as a hermitage and workshop of apprentices for Öndör Gegeen Zanabazar (1635-1723), the first Tibetan Buddhist leader of Khalkha Mongols. Moreover, he was a polymath - sculptor, painter, architect, poet, scholar and linguist, Zanabazar epitomised the Mongolian Renaissance. At Tövkhön Monastery, hundreds of artistic pieces were produced by him, used as vehicles to spread Buddhism in Mongolia.

Within the monastery, there is “Ekhiin Agui”, translated as “Mother’s Womb Cave”, a sacred place used as a support for meditation leading to spiritual rebirth. By crawling in a narrow cavity, once reaching the inner chamber, one has to sit in the cavity, then turns over clockwise and crawls out. These movements symbolise gestation and birth. It is believed that anyone who performs will have a great fecundity. Phinthong appointed the Mother’s Womb Cave as the site for his regenerating operation. Inside the chamber, he deposited the Yttrium sphere, the object from the piece One of Them. Yttrium, a rare earth mineral necessary for manufacturing hi-tech gadgets such as flat screen TVs, smartphones and hybrid cars, was destined to return to its origin where it was sourced. The Yttrium sphere was produced in People’s Republic of China, yet this specific rare mineral could also be found in Mongolia. Despite of its previous form that aimed at interaction between economic and politic realities, the deposit of One of Them inside the Mother’s Womb Cave can be regarded as symbolic gesture of resurrection. By placing it at a mystic site, he integrated his work with another realm that rooted in the pilgrimage, if not spiritual, tradition. “Route to Tövkhön Monastery… to be absorbed in wholesomeness”, written on signage at the monastery. One of Them becomes A whole from a different half, so to say.

The exhibition A whole from a different half begins with a wall drawing depicting an image of the entrance to Mother’s Womb Cave at Tövkhön Monastery. Coal and charcoal Phinthong brought back from Mongolian capital Ulaanbaatar were used as mediums. Whilst being there during his transits, he encountered the extreme air pollution, black smog swallowed the whole town. Thousands of households had to burn low-quality coal to cope with the winter temperature. Phinthong thoughtfully transmitted experiences of his recent journey by gathering each encounter into a whole, a mise-en-scène. It narrates the tension between the image of sacred place, where his artistic creation was left behind, and the substances that polluted Ulaanbaatar.

Along with Phinthong’s regenerating operation, there is Untitled (Ring) (2018), derived from another past work. It consists of two prominent elements contained in water filled glass sphere. First, the ring, cast in recycled gold, collected from damaged electronic devices during Thailand’s great flood in late 2011, fit to his wife’s ring finger. It intended to be a reminder of when the couple consoling one another amid the flooding disaster. The piece was then exhibited in “Utopia starts small”, the 12th Fellbach Small Sculpture Triennial, 2013. The other, a CM type Meteorite, Carbonaceous Chondrite containing amino acids and water in form of hydrated minerals. It evidences that primitive meteorites brought a large proportion of water to the primordial Earth. In other words, the debris from outer space transporting water to the Earth suspended over the souvenir made of substance extracted from the wreckage caused by flood. Through this ensemble, the work brings two distant realities closer, meanwhile, it resembles Thích Nhất Hạnh’s concept of Interbeing. In “The Heart of Understanding”, he wrote: If you are a poet, you will see clearly that there is a cloud floating in this sheet of paper… The cloud is essential for the paper to exist. If the cloud is not here, the sheet of paper cannot be here either. So we can say that the cloud and the paper inter-are.

Finally, a series of photographic prints illustrates, upon the first gazes, constellations in the night sky, entitled “.”, “..”, “…”, “….” and “…..”. They are in fact photographs of light beaming through countless holes on a cardboard the artist has borrowed from a lottery vendor in Bangkok. The cardboard was initially used as the display panel on which lottery tickets were stapled for prolonged period. Whilst being loaded with anecdotes, the found object became a device Phinthong employed to built narrations portraying collective aspiration, social landscape and muted tension. Notably, the light radiated varied in this body of work, although it transmitted subliminal impression upon viewers, many lives were cast. A poetic transference of invisible realities.

A whole from a different half evokes the unabridged actuality, no matter it is from afar or nearby, collective or personal, mystic or scientific, real or constructed. This exhibition reminisces past actions whilst acquainting with impending occurrence.