The exhibition “Faces” presents a series of moving and blurred portraits in which notions of time, subjectivity and ideology merge together. Narrative deconstruction, formal ruptures, juxtaposition of historical, personal and fictitious elements, the works of Mark Geffriaud, Deimantas Narkevicius, Pia Rönicke and Margaret Salmon erase didactic elements to focus on existential reality. In this exhibition, the portrait is not considered in the classical tradition of pose and representation, but through a dynamic process opened to dialogue and interferences. 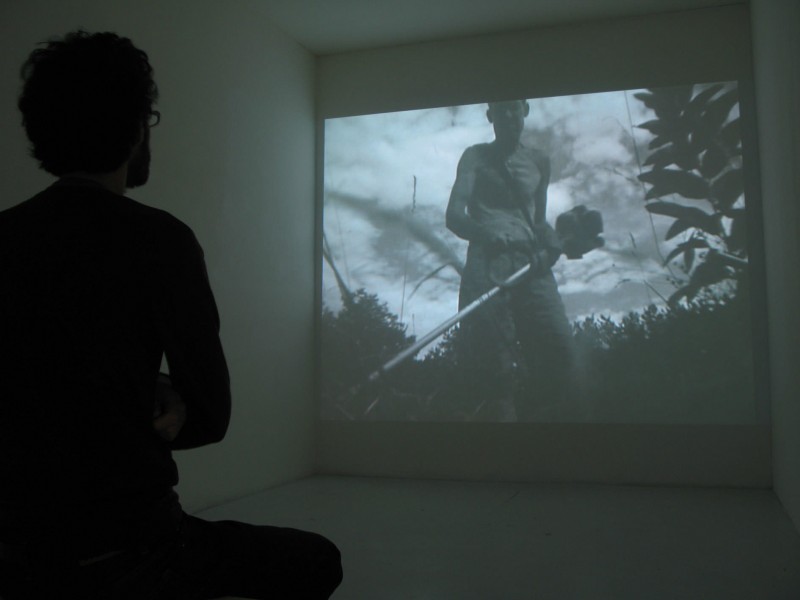 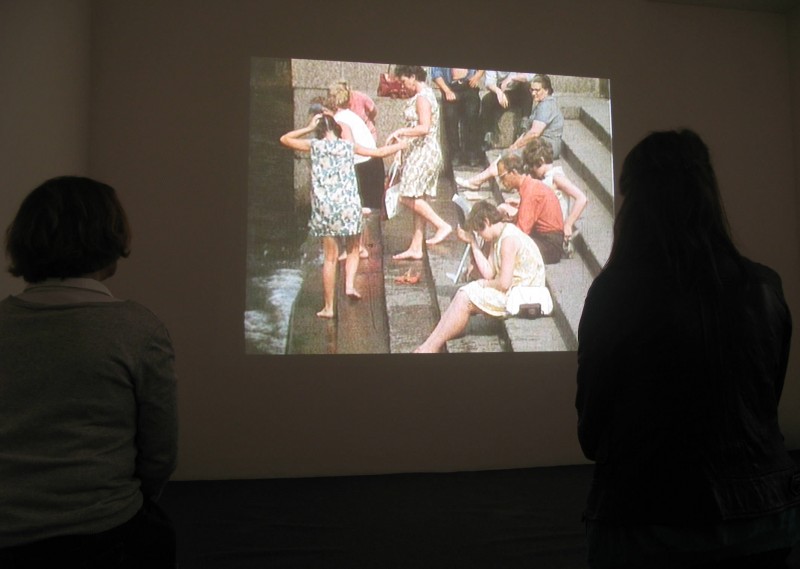 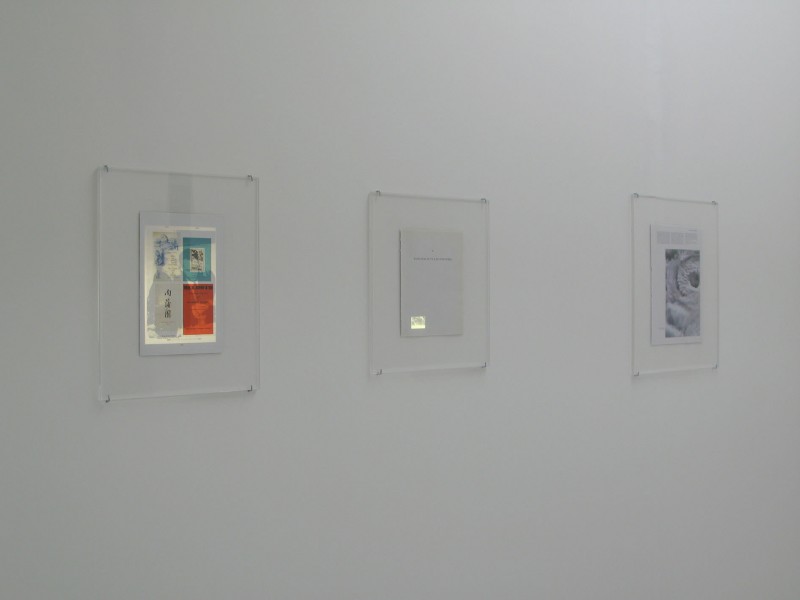 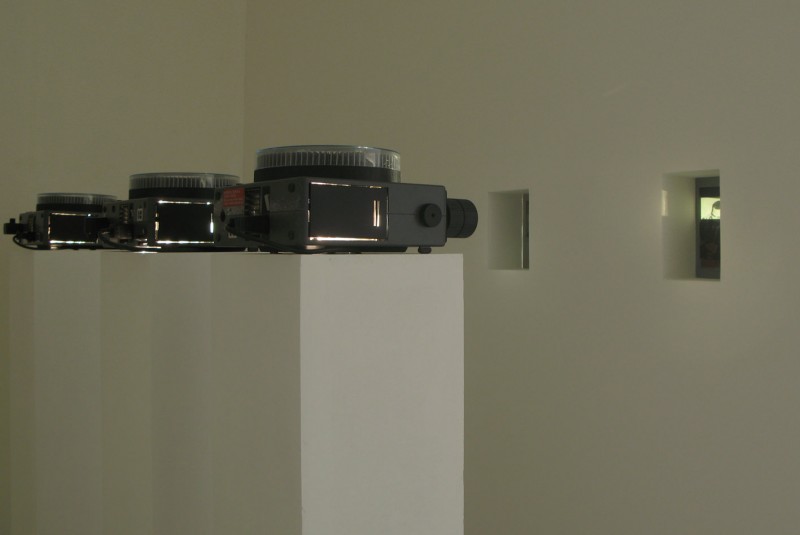 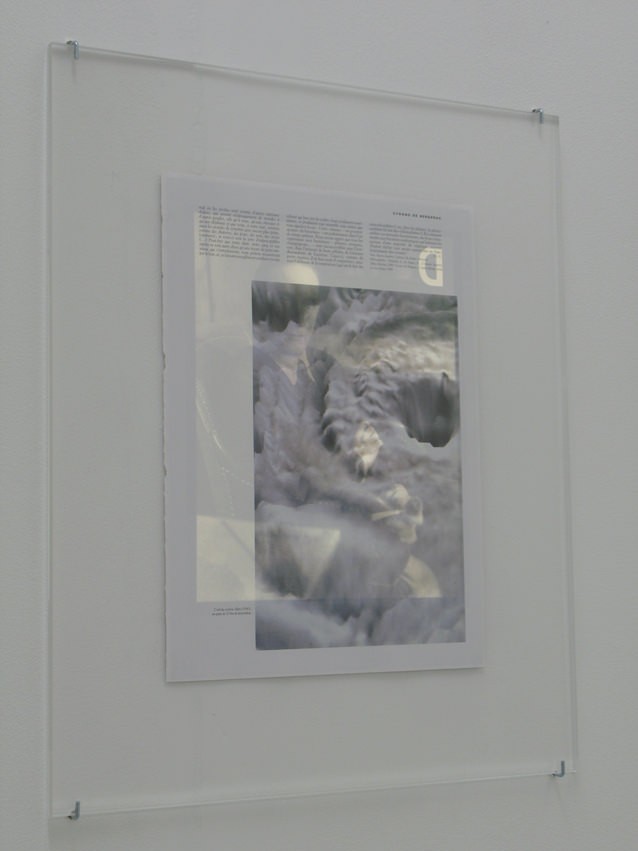 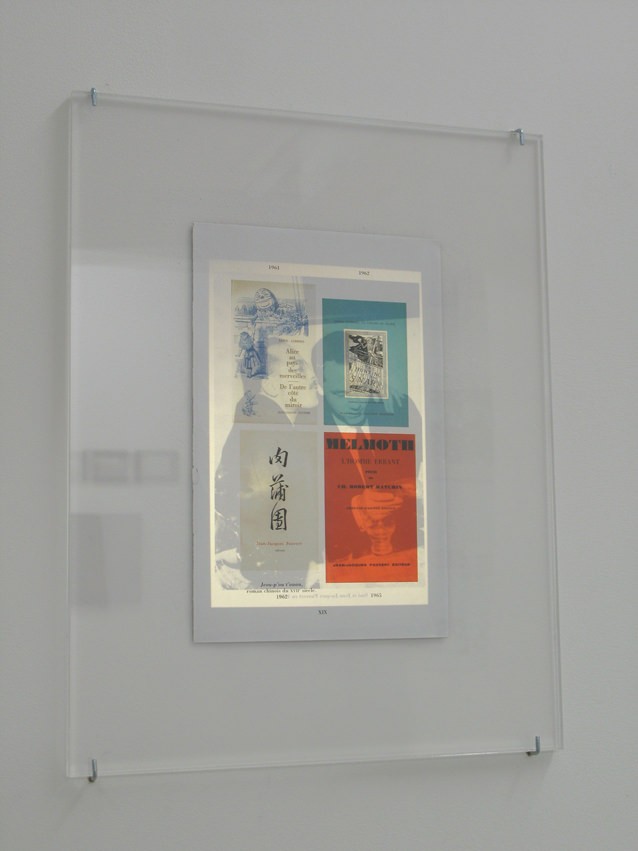 In 1968, Cassavetes shot the movie Faces in which he showed the slow disintegration of a US suburban middle class couple. An erosion of feelings linked to the routine and to the different roles played by this couple on their daily life. Inspired among other by the aesthetic and the themes developed by this filmmaker, Margaret Salmon (b. 1975, New York, USA, lives and works in Whistable, UK) creates filmic “time-based” portraits that weave together poetry and documentary. Focusing on individuals in their everyday habitats, her slow-moving films capture the minutiae of daily life and infuse them with gentle grandeur to touch upon universal human themes.

According to art critic Tom Morton, PS (2004) is Salmon’s most emotionally affecting film, and the one in which her focus on time as the parent of failure and upset feels (and cuts) the sharpest. Over footage of a lanky man mowing the lawn, yanking up weeds and taking angry pulls on a cigarette - a married couple engage in an argument. Claustrophobic, circular and tense with drink and barely checked violence, it’s the kind of row we all hope we’ll never have, one in which it feels as though love has not only died, but that it arrived in our lives stillborn. Every now and then Salmon relieves this hell with a glimpse of something heavenly. Fireworks flash, or a hosepipe sprays an aqueous flower onto a window pane, but in the end these moments of fleeting beauty aren’t enough to overcome the horror of a passion that’s curdled into contempt. If PS is a portrait, it is one not only of its protagonists but of anybody and everybody who lives by the ticking of the clock.

Realized for last year’s Münster Sculpture Project, The Head (2007, 12 min) by Deimantas Narkevicius (b. 1964, lives and works in Vilnius, Lithuania) stands as another sort of portrait involving our collective memory and imagination. Based on found footage (films and photos), The Head documents the process of creating the gigantic bronze bust of Karl Marx by sculptor Lew Kerbel for the city of Chemnitz, once known as Karl Marx City, in former East-Germany. When Lew Kerbel was commissioned to create a monumental sculpture of Karl Marx for a parade ground there, he surprised everyone with a design for an enormous bronze bust on a plinth: “Karl Marx has no need for legs or hands; his head says everything.” Seven meters high, seven meters wide, and nine meters deep, the philosopher’s bust weighs a full forty tons. When it was unveiled in 1971, a quarter of a million people were in attendance to celebrate the occasion.

Narkevicius’ initial proposal was to transport the original Karl Marx sculpture from the city of Chemnitz to the city of Münster where it would have been displayed for the duration of Münster Sculpture Project before being returned home. Another proposal to construct a replica of the monument was also rejected by the mayor of Chemnitz’ office on the grounds that the monument is only ‘authentic’ in the specific location for which it was commissioned. Strangely, the failure of Narkevicius’ project creates another layer of ideas about civic pride, political wrangling and attachment to history, reflected in his film The Head.

In the project Without a Name, Pia Rönicke (b. 1974, Roskilde, Denmark, lives and works in Copenhagen) uses the human experience to question the artist’s role in society. Through a slide show, photographs and sculptures, Rönicke recreates her meeting with a famous Danish designer, Mrs Le Klint, whose name was stolen by her own family and who was unable later on to give identity to her own designed objects. Both her and her creations became nameless. Pia Rönicke employs both fact and fiction to trace the designer’s life. By rejecting amnesia, Pia Rönicke refocuses contemporary social and artistic concerns - inventing new forms - as if the artist’s duty was to continually reassess history and impose her own vision.

Within an eclectic body of work, one can underline Mark Geffriaud’s (b. 1977, lives and works in Paris) interest for monuments dedicated to non events. Questions of disappearance and emptiness appear regularly in his work, which plays repeatedly with key elements such as books or light. Free associations, formal comparisons and false fictions allow the artist to share a kind of perception of the world, subtle and shifted. From missing datas in the different forms of the Renseignements Généraux that the artist has developped on an archival process of images organized on formal associations to the realization of a (non-)monument dedicated to the memory of a disappeared city (Pride, 2007) or to the materialization of an imaginary road in the US desert (Milky Ways, 2007), Mark Geffriaud’s works suggest an absence and modelize a universe in which the viewer is invited to project his own stories. The work Roche (2008) consists for instance on a slide projection of monochroms on a page of the book Compact by Maurice Roche in which each voice is represented by a different color, precisely erasing or highlighting some of these voices. Focusing on images and forms’ apparition (circulation) and disparition (oblivion), Geffriaud’s works draw a fragmented archaelogy in which misunderstanding as a cognitive process plays a great part.