Annunciation, a new solo show by Elina Brotherus at gb agency, is also the title of a new series of photographs initiated in 2009. This work retraces Elina Brotherus’ work back to photographs stemming from her own personal experience and her will to put on stage a subject still taboo: infertility. Alongside these unsuccessful attempts to get pregnant and while she was staying in New York, Elina Brotherus realized two films: Wrong Face and Francesca Woodman’s Aunts shot on 16mm. Unlike her photographs which state the grim reality of the impossibility to have a child in the form of a diary, the two films reveal another face: a resolutely free and creative woman in her artistic practice. 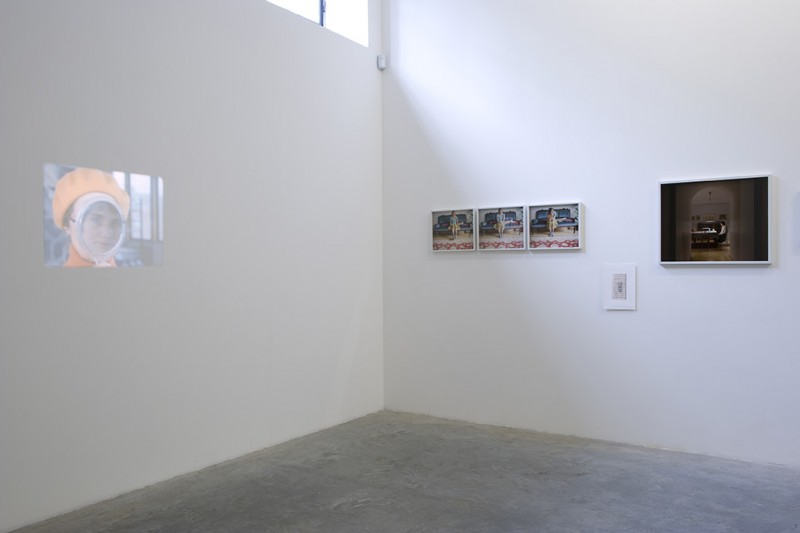 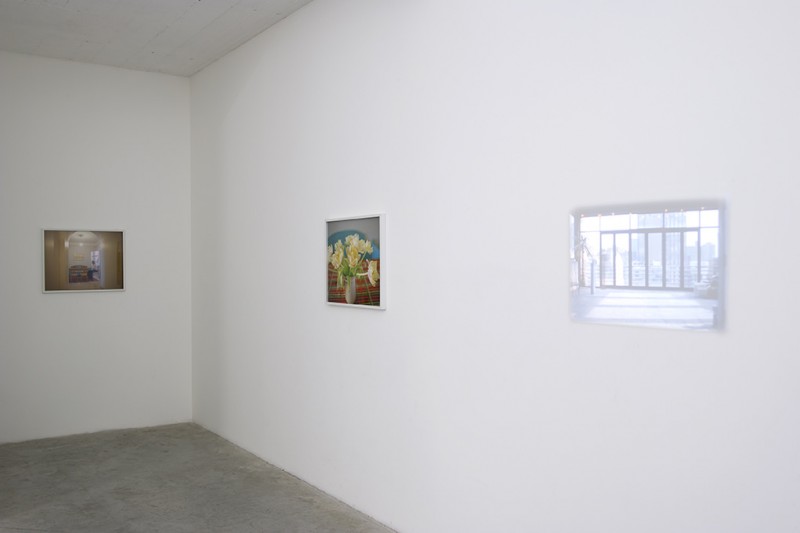 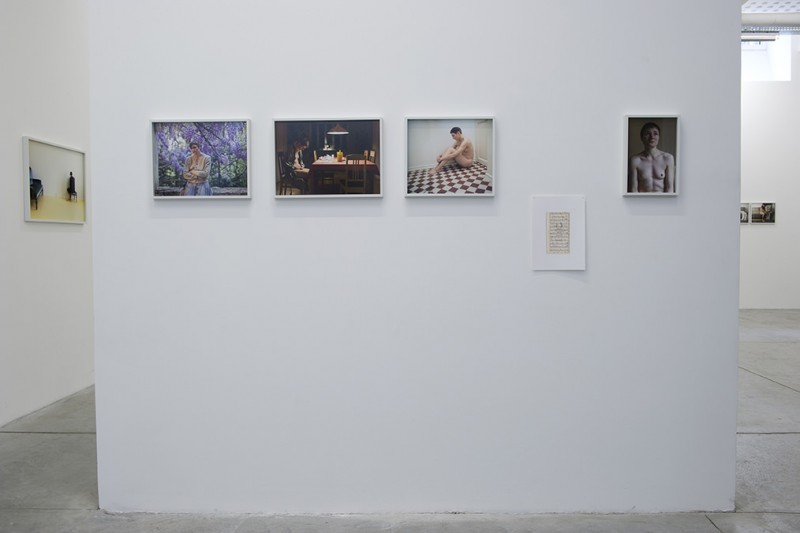 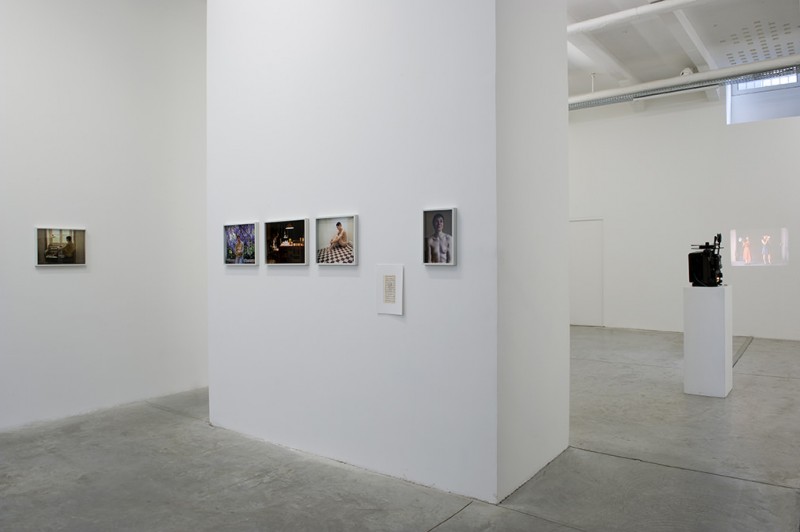 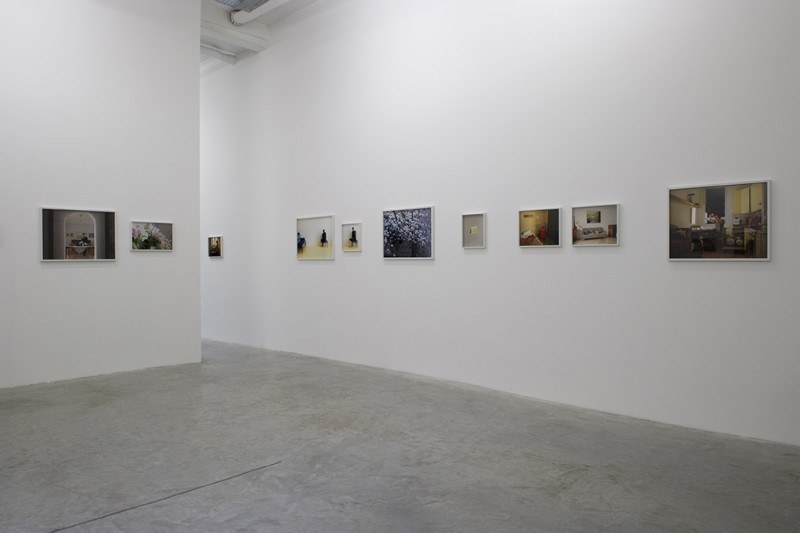 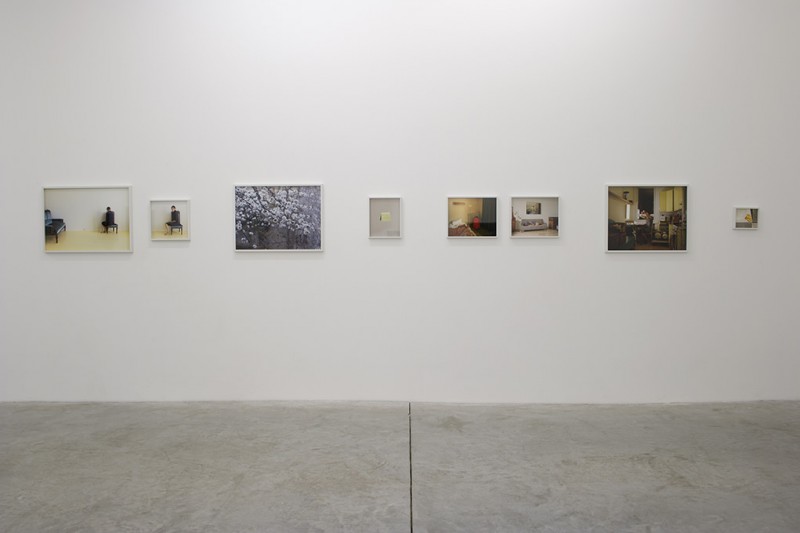 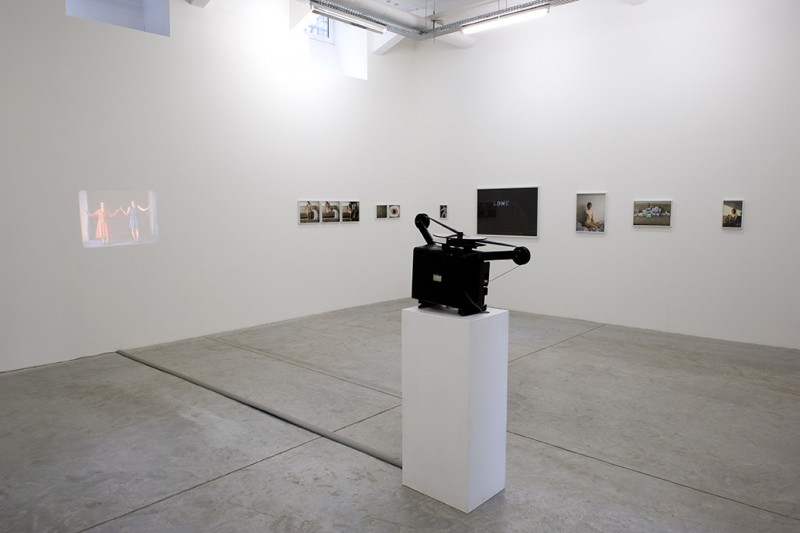 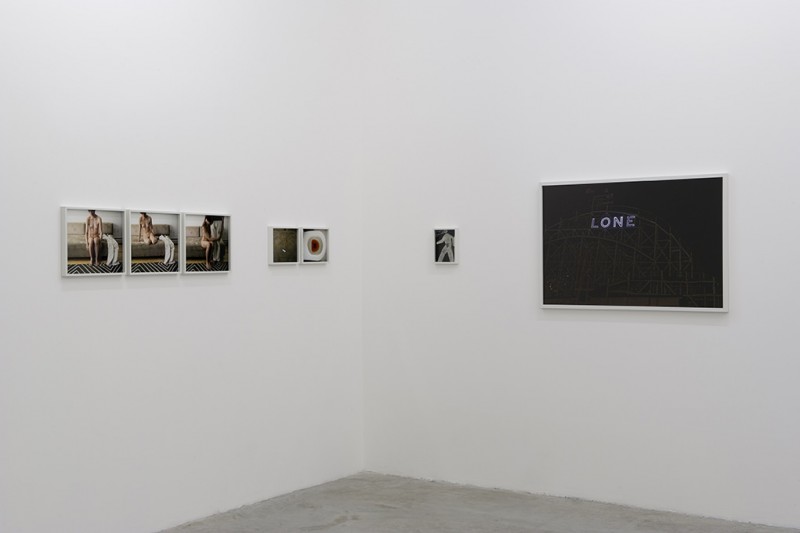 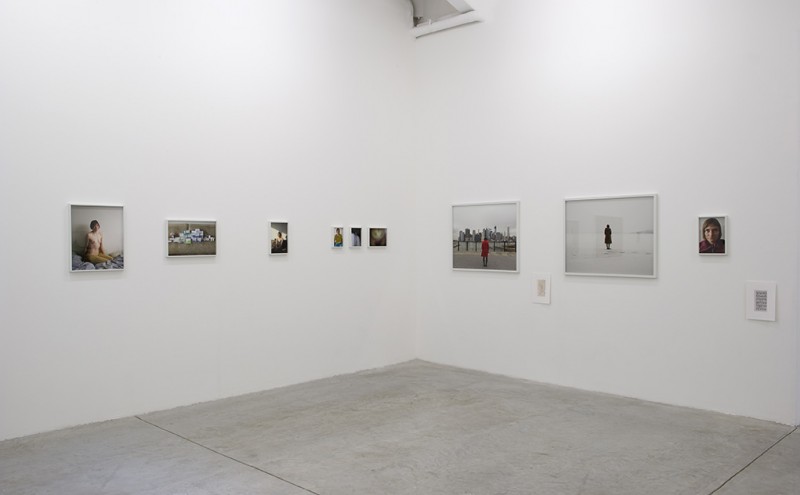 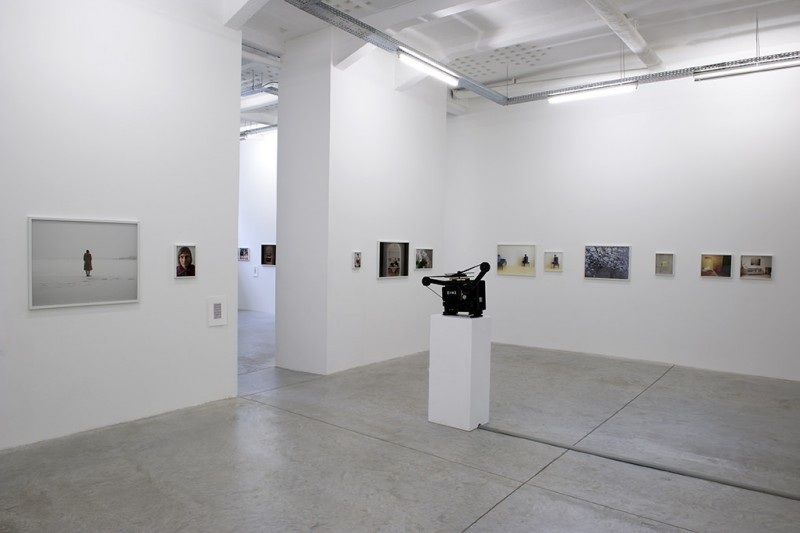 The exhibition underlines this duality in the artist’s life and shows Elina Brotherus’ wish to keep on questioning the issue of the self and of the intimate. Through her compositions referring to history of art and to classical painting, Elina Brotherus reinterprets and modernizes the symbolism around the Annunciation as well as its profound meaning.

“This is a series of false annunciations. It’s about waiting for the angel who never shows up. First we don’t know if he’s there because he could just be hiding behind the doorway. Gradually it becomes clear that he’s not coming.

Of course the angel is a metaphore because I’m not religious and I’m on infertility treatment. Documentaries, interviews, articles and TV programs on infertility all have a happy end. In reality, happy ends occur only 25 percent of the cycles. So this repetitive pattern of executing precise scientific experiments on one’s own body, waiting, being disappointed, and repeating the whole thing over and over again, to the point of being sick of it, to the point of almost no longer caring, is something I share with a surprising number of women. The success stories are much more rare, but they are the ones we hear of. For the rest of us, this biased broadcasting is upsetting. As though the general public should not see the oppressive, hopeless, inconsolable reality but instead a kathartic “per aspera ad astra” hollywood story.

I’m showing this series of photographs to give a visibility to those whose treatments lead nowhere. The hopeless story with an unhappy end is the story of the majority. My way of discussing the matter is to give out the pictures, not to give an interview. I’m not sure if I will be able to actually speak about this. I’m still too sad. This is the saddest thing that has happened to me since my mother’s death. Yet, I’m tired of lying and inventing excuses to this or that medication, not drinking, having to cancel trips etc. People these days aren’t ashamed of talking about sex, psychological problems, alcohol and drugs, but for some reason involuntary childlessness is very much a taboo topic. People are also generally so ignorant. Two commonly heard suggestions that, before anyone opens their mouth, I would like to advise people to avoid: 1) Stop trying and relax and you will get pregnant, 2) Have you thought of adopting?
I used to be ignorant myself: I thought one goes to the clinic to get a child. I couldn’t imagine there would be any problem. The clinics don’t necessary rectify an unfounded optimism but rather let you understand that most of the people walk out with a baby when they continue the treatments long enough. After all, they are salesmen of hope.

When in a treatment, one’s imagination is quick. One thinks of names and to which school the child would go. When the treatment is unsuccessful, it’s not exaggerated to say it feels like mourning someone who died. The loss is very concrete. Not only does one loose a possible child, one also looses a whole future of a life as a family. We are left with the picture of an aging lonely woman.”
Elina Brotherus