The installation piece Black Mail (1976) now shown for the first time in France, is the starting point for a long-ranging analysis of the work of Mac Adams, photographer and sculptor. The exhibition takes up nearly thirty years of artistic output by presenting a kind of reconstitution; following in the spirit of the artist’s own work, it offers semiotic associations and layers of meanings. Viewers can discover Adams’ modernity and diversity by embarking on their own informal examination of his art, documents, and preparations for older and more recent projects, shown as an ensemble in the gallery. 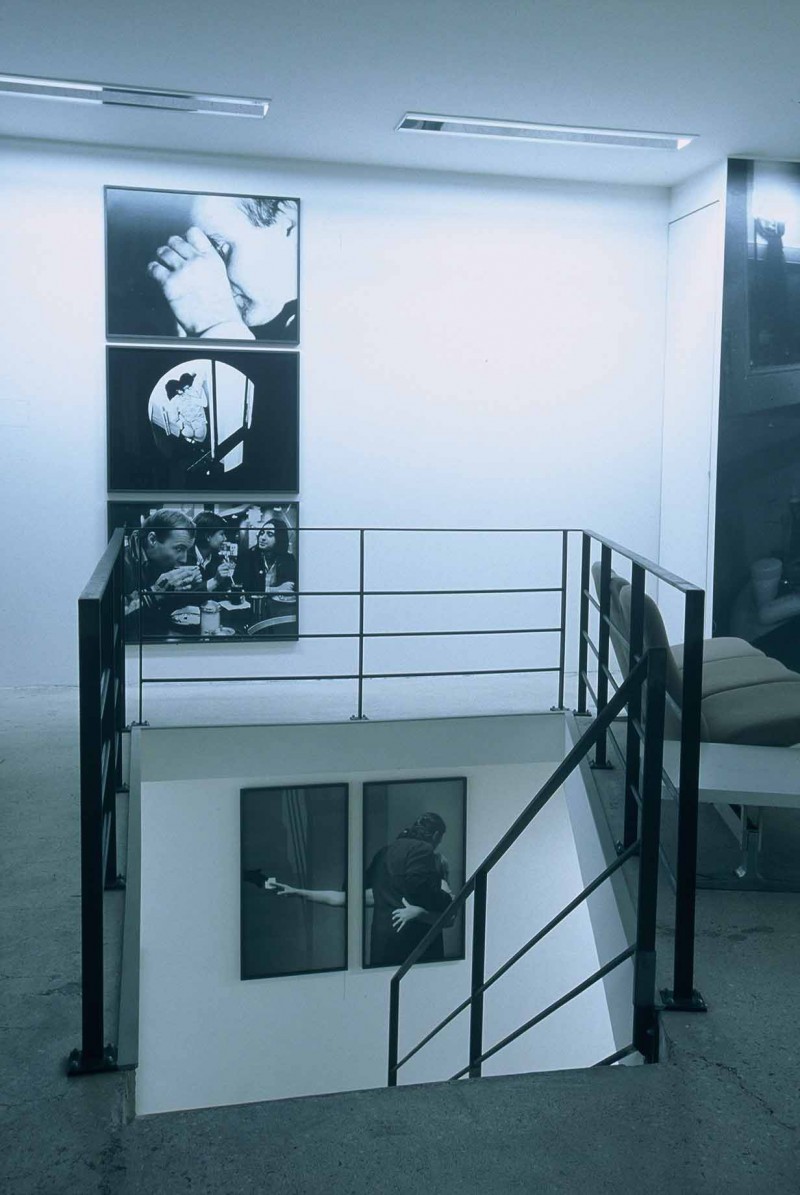 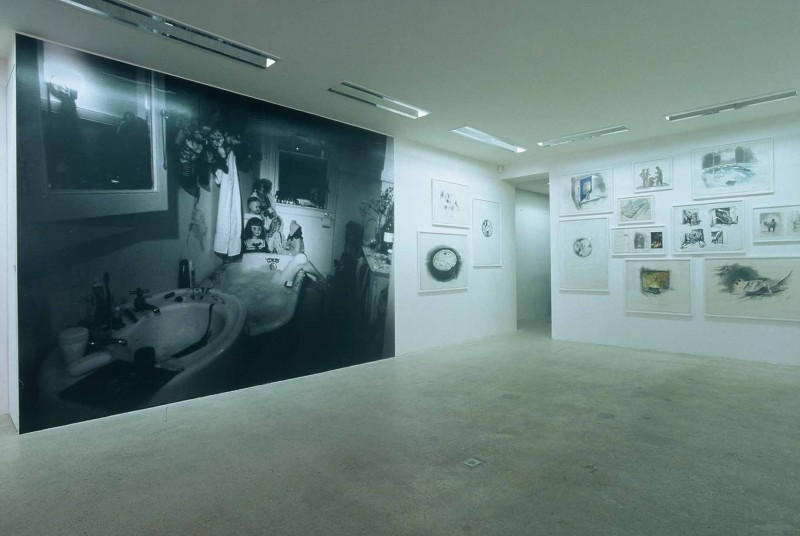 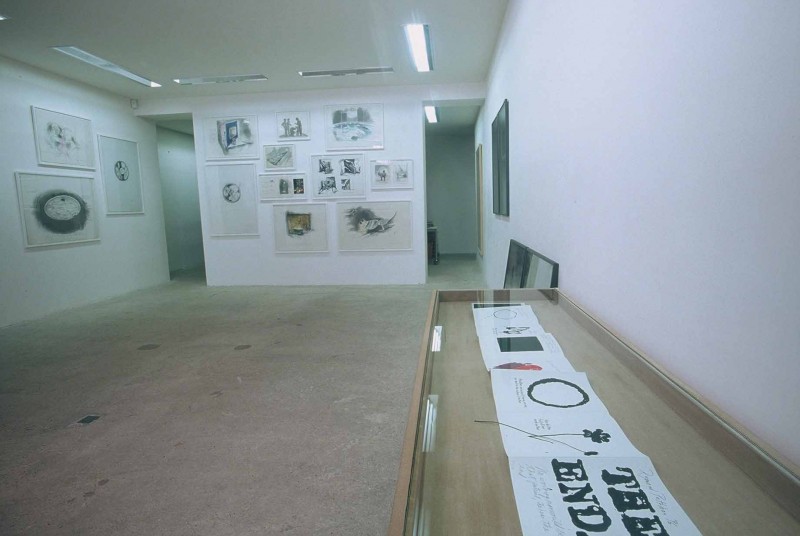 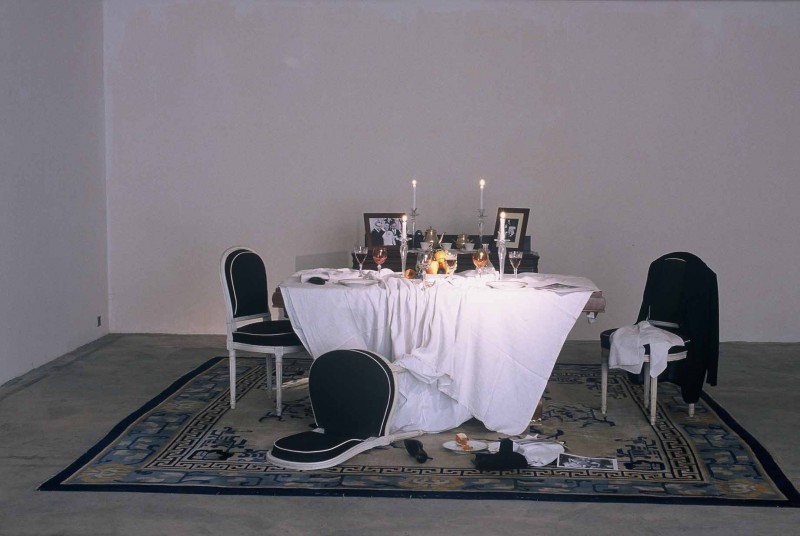 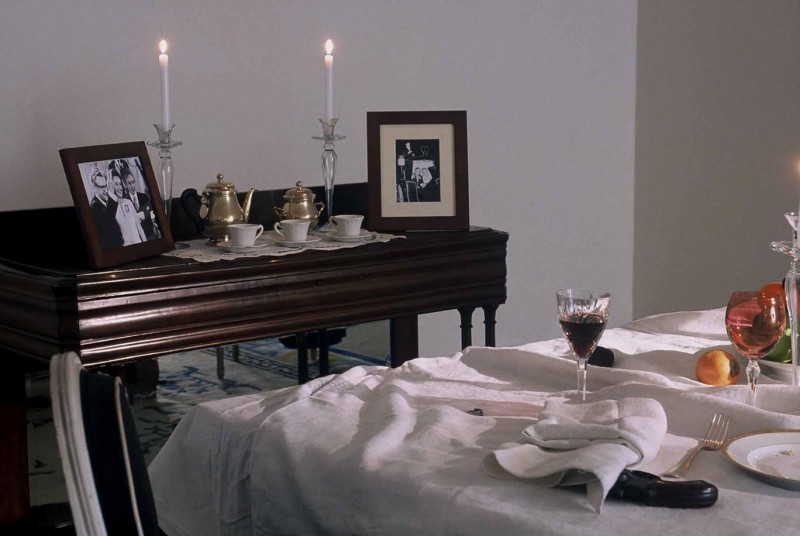 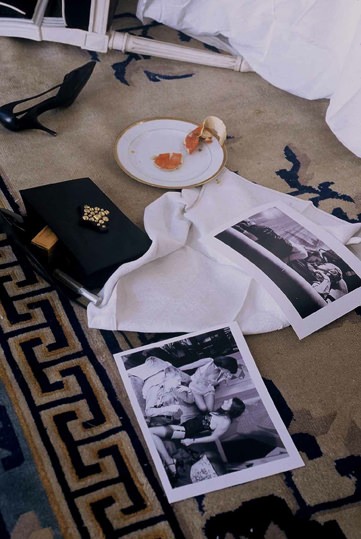 This exploration will provide an opportunity to take a fresh look at Adams and put into context his tendencies, periods and projects. The exhibition will include his document-certificates and potential works rooted in conceptual art; his pop culture sculpture-environments; his British narrative photography; and a return to intimate traditional pictorial still life. Among his photographs: the black and white New York cinematographic settings from the 1970s; cold and artificial postmodern compositions of the 1980s; and theatrical mannerist mises-en-scene from the 1990s.

Adams turns environments-three-dimensional mises-en-scene of mysterious sequences-into pictures that become scrupulously composed photos when the camera takes the shot. In response to conceptual art, which uses elements from outside a work in order to create it, Adams includes all the information inside the image: the image replaces the text. Every clue is visible but Adams allows the viewer’s subjective analysis-with its own memories and rules-to add to an understanding of the work.

Narrative fiction or fact: the representation, no matter how close to the reality, can only be an experience one step removed from it. The photograph can’t substitute for it. The concept of the diptych-and later, mirror and shadow effect-embraces the notion of the past and the present, conferring temporal reality onto the fiction.

Nonetheless, a linear scientific understanding of a police-like investigation is less important to Adams than a story that is open to multiple interpretations. In our virtual reality world, he is dedicated to making the moment-or event-exist before it gets recorded: taking the picture is a reality that displaces a previous one. The work is infinitely reactivated and the clues can be interpreted in contradictory ways. Our vision gets lost in the multiplicity of elements that interact and disconnect at the same time.

Social and humanistic aspects are a common thread in Adams’ work. Obvious in his settings, reflections, and light and shadows, he uses the popular genre, the gothic novel, to make semiotics accessible and visual. Dealing with crime is also a way to understand the extremes of human behavior. And the oral tradition of his native Wales is strongly felt: myths and legends merge the fantastic with the ordinary; the allegory converges with the news item; the reader of the photo novella meets the art lover.

Adams makes the eye witness a part of the scene; the viewer becomes both voyeur and witness, spectator and participant. He questions the power of images and underscores the would-be manipulation of the picture maker. He highlights the way meaning can be altered and controlled. The viewer reconstitutes the crime - if there ever was one- and participates in both a playful and solemn game.

&: gb agency presents a new work by the artist which brings together this wide-open and complex conversation about art, its meaning and function: a suspended narration in which the viewer has the prime place in constructing the story.