At any street corner the feeling of absurdity can strike any man in the face. As it is, in its distressing nudity, in its light without effulgence, it is elusive. But that very difficulty deserves reflection. It is probably true that a man remains forever unknown to us and that there is in him something irreducible that escapes us.

Albert Camus, The Myth of Sisyphus 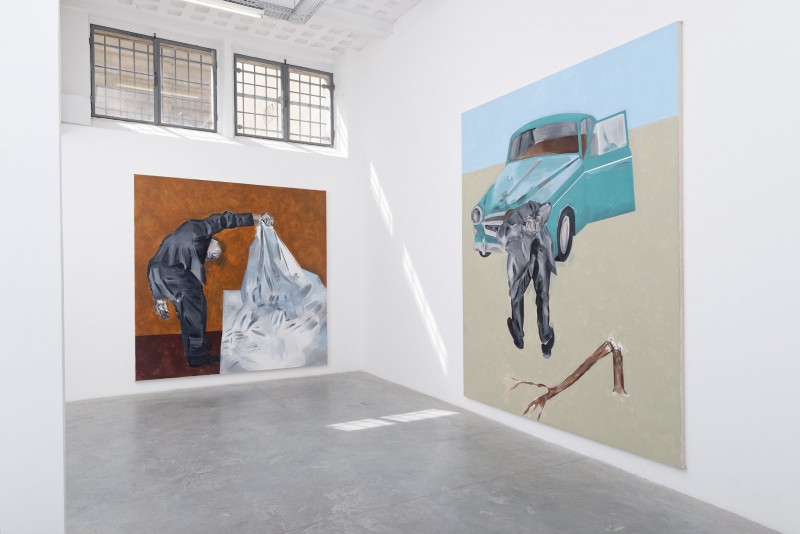 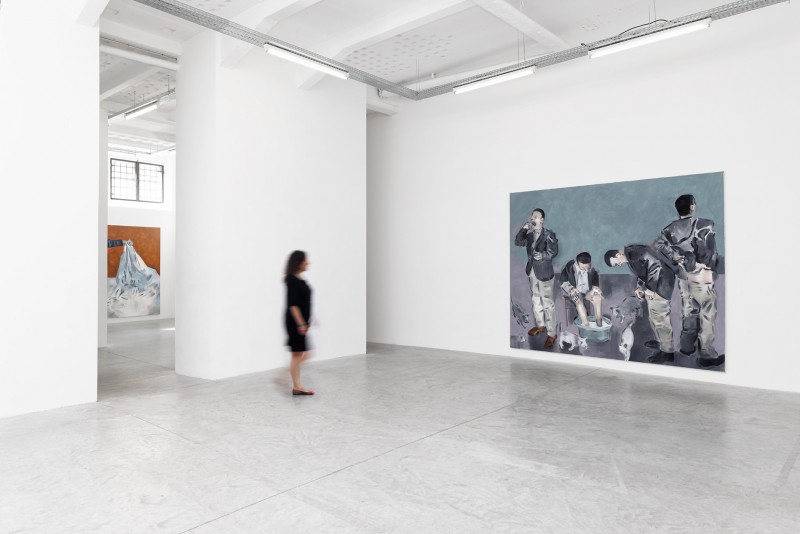 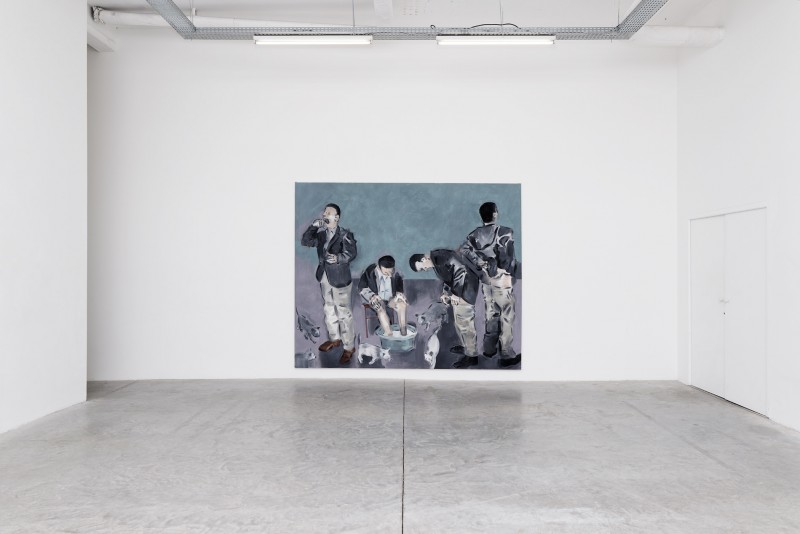 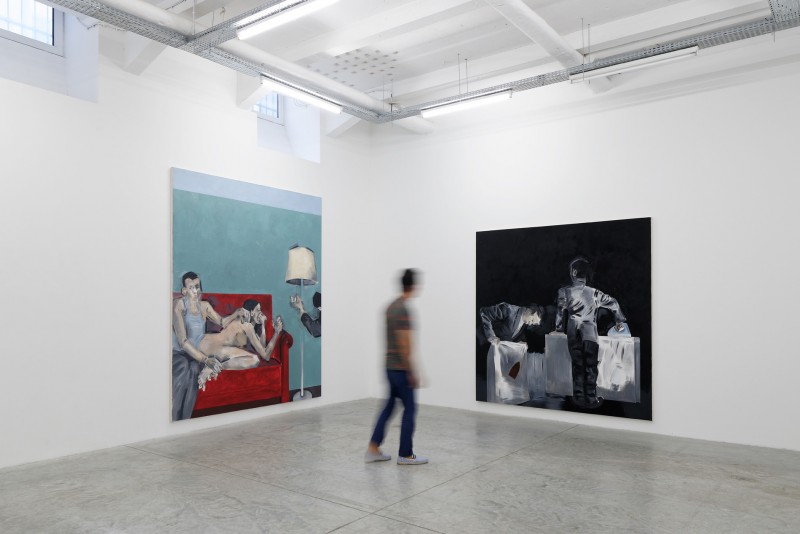 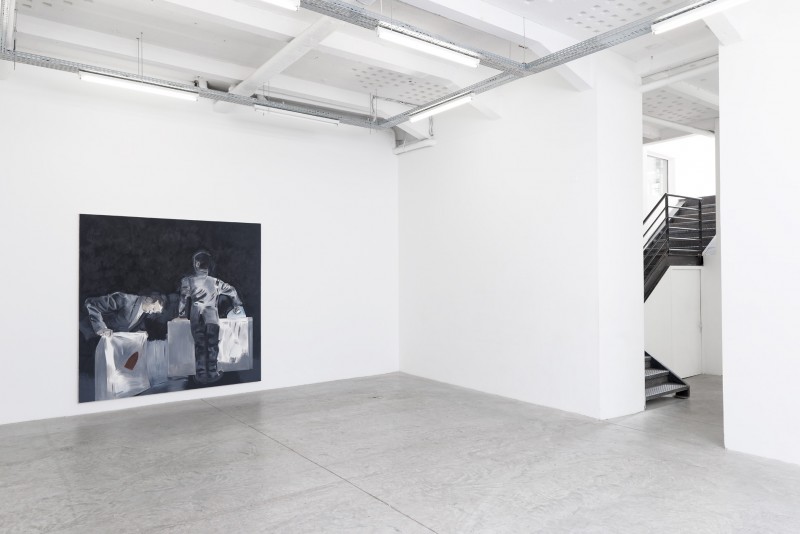 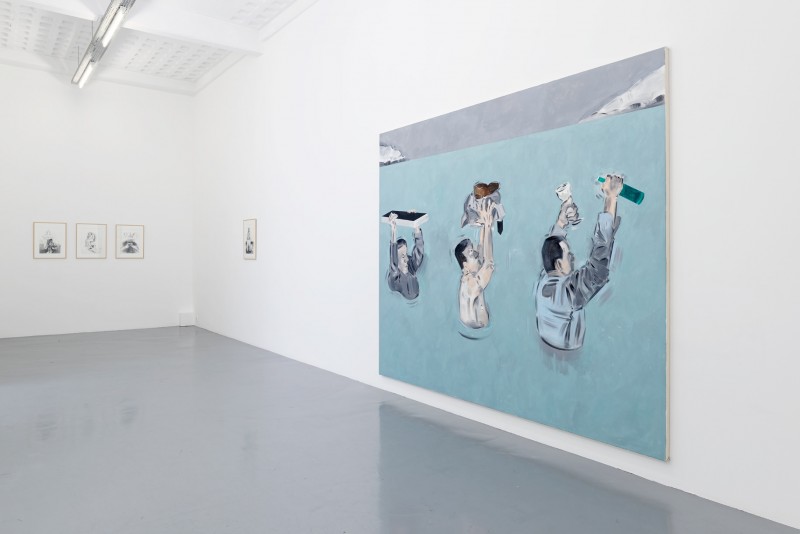 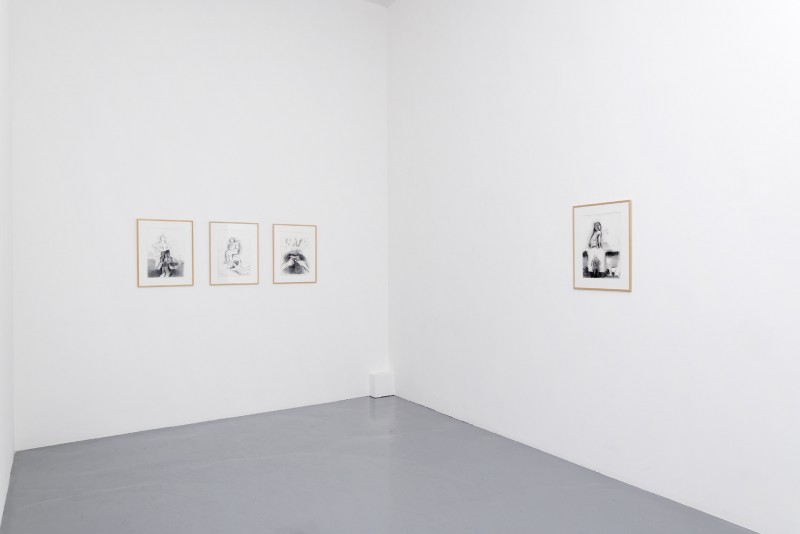 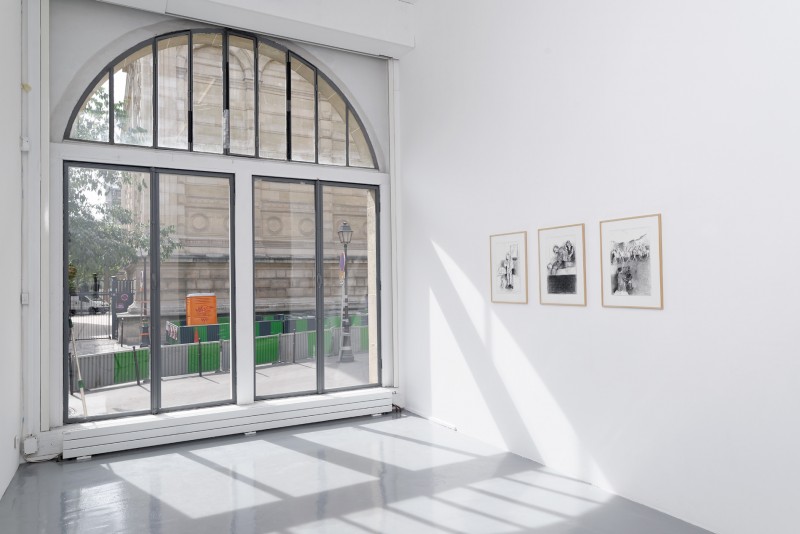 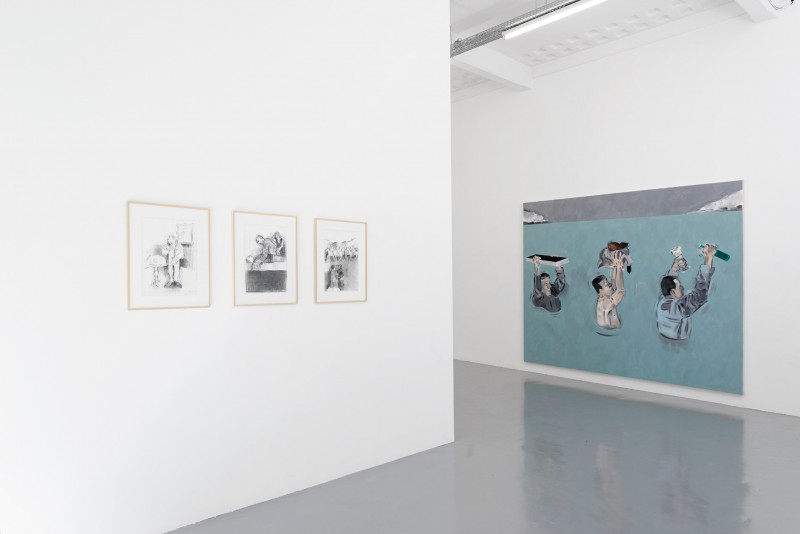 It is surely this feeling of life’s absurdity, and the disparity between the need for meaning and the realities of life, a constant inconsistency, that most vividly emerges when contemplating the paintings of Apostolos Georgiou. The artist paints strange and enigmatic images which reverberate long after they’ve been viewed, as if saved for posterity. Whether male or female, the human figures are stylized, decisively drawn and rigidly geometric, they are ageless with abstract features and the bare minimum of expressions: a yawn, a hand at one’s mouth, or a fixed gaze, mostly gloomy and cold. Calm reigns in the silent and immutable scenes which appear to be more from the 1950s than today’s contemporary and digital times.

A certain wonder begins to dawn - who are these men and women ? Why do they appear in scenes doing everyday things like reading or ironing, creating such unease ?
Customarily without title, the paintings are open to interpretation; it’s up to the viewer to answer the questions, to decode the works using the few hints provided and which are the artist’s vocabulary: a palette of dark colors out of which a deep blue or bright red sometimes burst through, confined undecorated spaces, single color backgrounds, and scenes that are at once familiar and absurd.

These scenes however aren’t lacking in humor or levity: to wit men surrounded by wandering cats (just like those seen everywhere in Greece - an allusion to Georgiou’s own roots, having been born in Thessaloniki in 1952), or twinned figures absorbed in their books, one sitting seriously at a table while the other is upside down with his feet in the air as if nothing was out of the ordinary.

These everyday scenes appear to, and undoubtedly do, go on endlessly, and recall the myth of Sisyphus. Indeed it is this theme of the human condition that obsesses the artist, along with feelings of alienation and solitude which result, not to mention the tribulations of his native Greece, as well as a decision to face the absurdity without turning away, raising a glass like a raised fist, with the will to live no matter what, like a burst of laughter against adversity and angst.