‘What I learned I no longer know; the little I still know I guessed’

Thai artist Pratchaya Phinthong has conceveived his second solo exhibition at gb agency, Paris as an empty space full of anticipations and speculations, stretching the definition of what we learned to what we know and how we guess. In this exhibition Pratchaya Phinthong carries on his work linked to notions of displacement and exchange values but also to processes of transmission of knowledge. 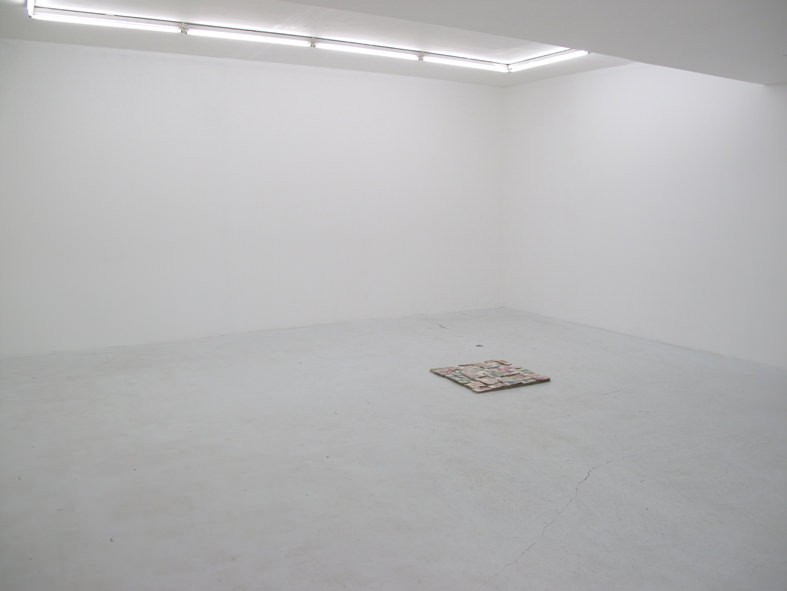 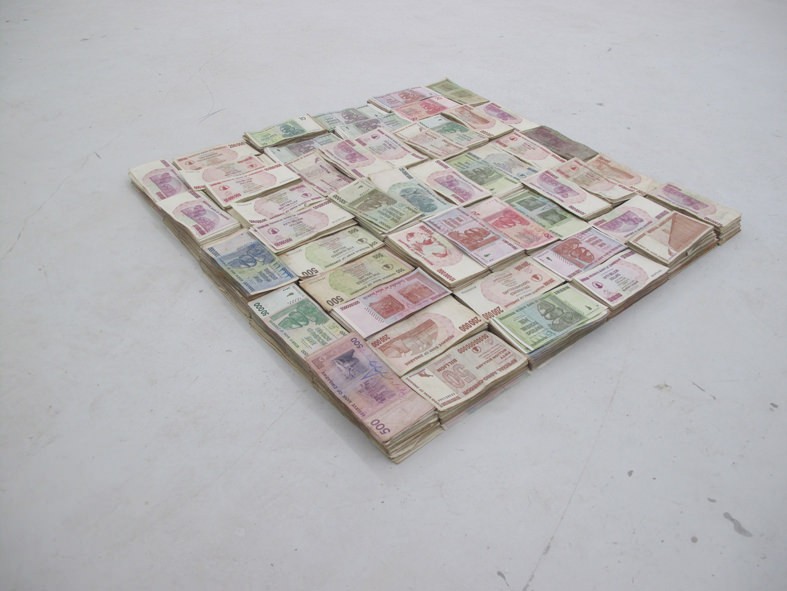 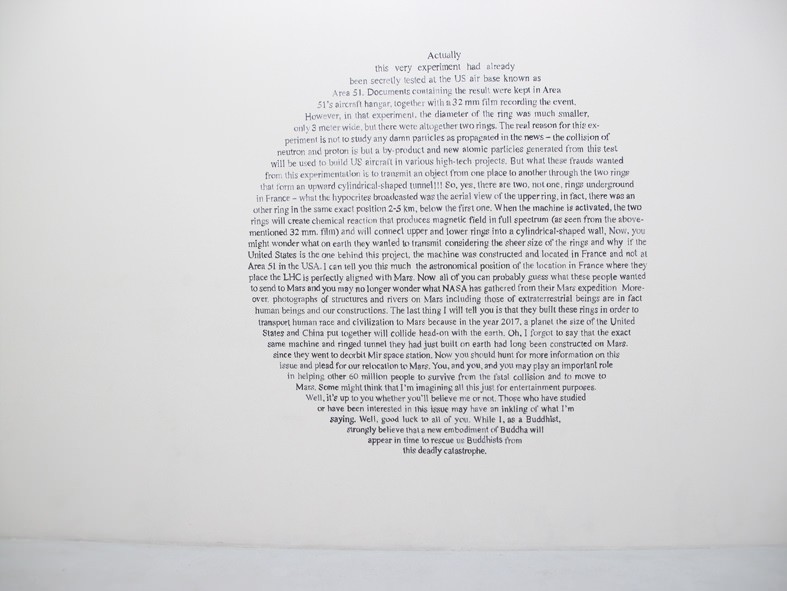 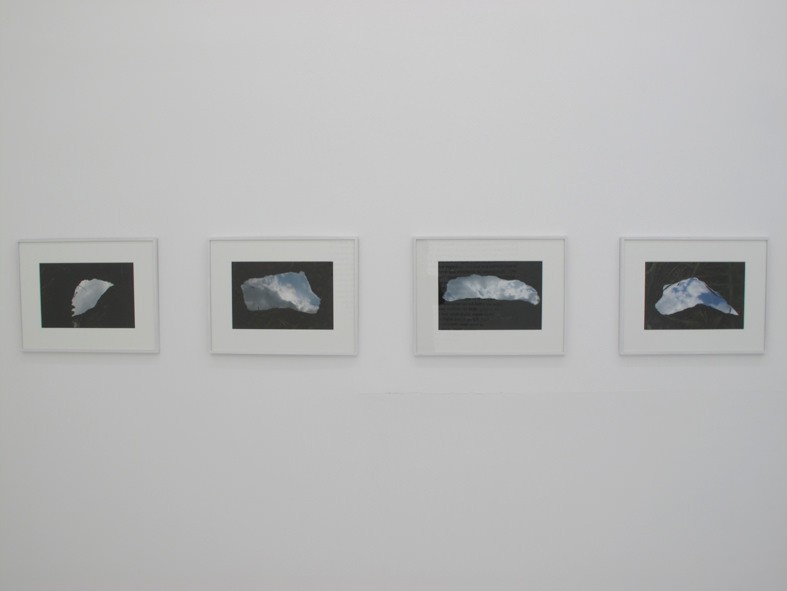 The work What I learned I no longer know; the little I still know, I guessed (2009) is a sculpture made of Zimbabwean Dollars (ZWD) banknotes, currently the world’s lowest currency, with banknotes reaching 50 trillion ZWD. To realize this piece, the artist has exchanged 5 000 euros he earnt from recent years to ZWD, setting up a system of recollection and exchange with people in Zimbabwe. Banknotes are sent in Paris little by little and displayed as a growing stack of paper on the floor, materializing the process of completion of the work: the form/appearance of this sculpture evolving during the time of the show.

Inversely, the work 2017 (2009) is a large-scale wall painting made using a disappearing ink and reproducing a text found on the Internet, in which a scientific experiment (related to the massive CERN’s particles accelerator) draws to paranoid rumors and religious eschatological fears. These evaporating words are facing the work Untitled (2009), photographs of four meteorites sliced and polished as mirrors, reflecting the sky where they just come from.

This new body of works reflect different systems of exchanges (monetary, cultural, scientific, epistemological) and the values we attribute them.