Július Koller, Time/Space Definition of the Psychophysical Activity of Matter 1., 2., 1968 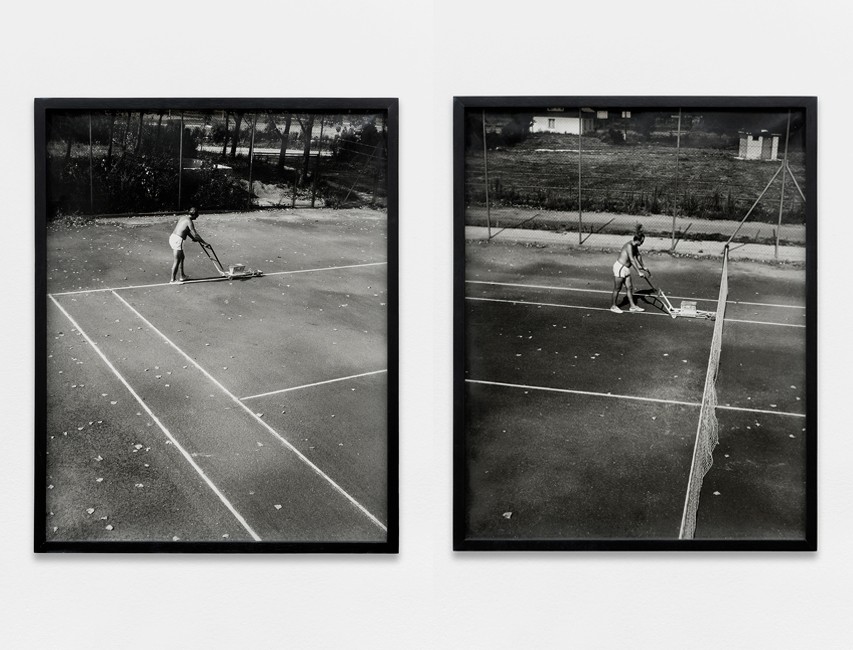 Július Koller, Time/Space Definition of the Psychophysical Activity of Matter 1., 2., 1968

As a keen athlete, Július Koller frequently aligned his concepts with a variety of sports. As early as 1968, he chose tennis as a symbol of democratic communication; empyazing the principles and rules of fair-play, wherein the exchange of blows via a ball flying from one side to the other stands for an exchange of opinions. Like other demonstrative moments of his work - such as manually inscribing a question mark in the sand field of a tennis court, or making a chalk line with a marking wagon - this act triggers an existential movement in a cultural situation. After 1970,Koller shifted his attention from the theme of sport to the exterior - to extra-terrestrial spaces. increasingly, he sought possibilities for alternate expression; a reaction to the lack of free communication in Czechoslovakia after 1972. The surfaces of sports grounds prepared by Koller for active playing were later shifted to sites in anticipation of a potential other future to imagine.