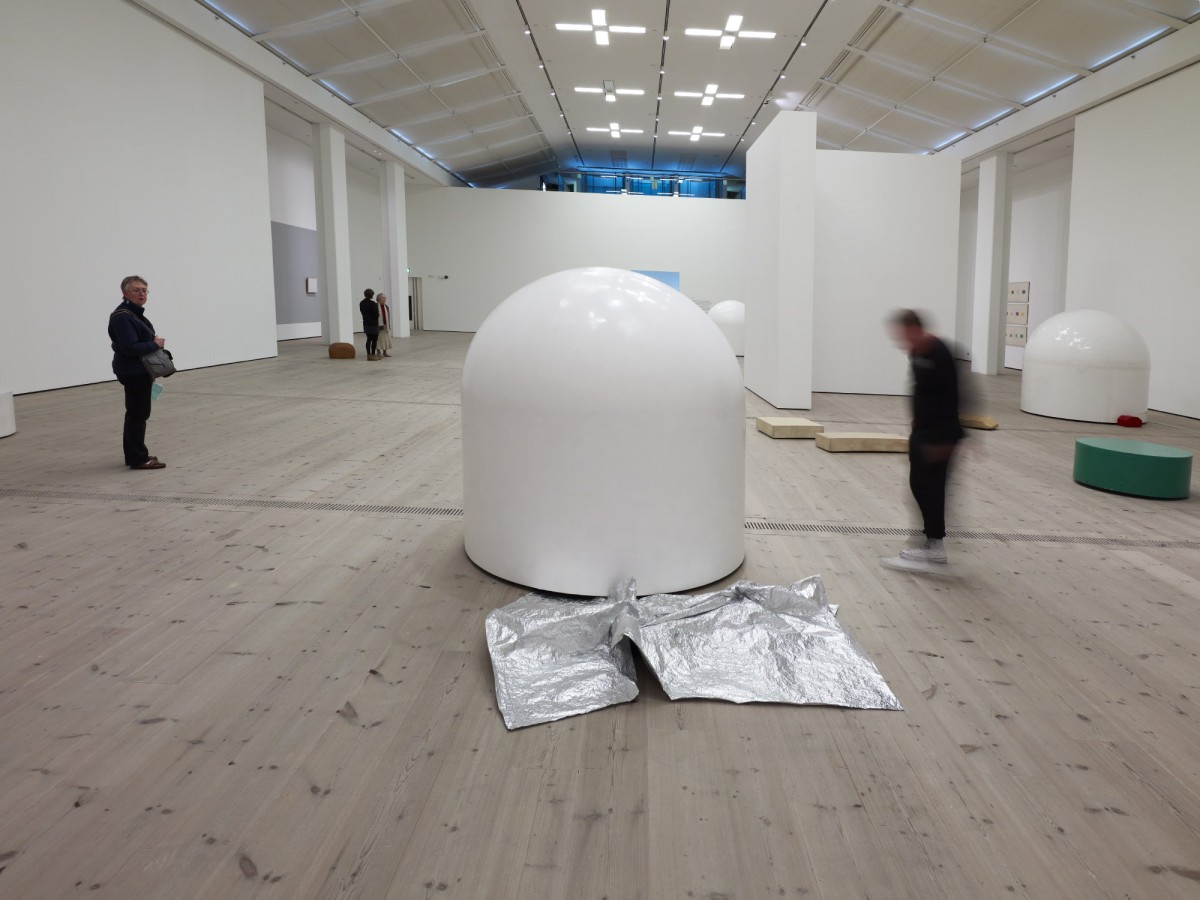 The organization Experiments in Art and Technology has been invited to Osaka to take part in Expo 70, the first World’s Fair ever in Asia. Never before had Pepsi Cola put their brand image in the hands of the artistic vanguard, but the significance of the Asian market had a very ambitious and daring venture.The artist and filmmaker Robert Breer, artist Robert Whitman, a pioneer in what was called happenings, the musician and composer David Tudor who had long been a member of the musical avant-garde and who was as competent about audio systems as the primary sound engineers, and finally, the artist Frosty Meyers, who was known for his spectacular creations of light and outside NewYork.The two engineers Billy Klüver and Fred Waldhauer participated very actively in all discussions. 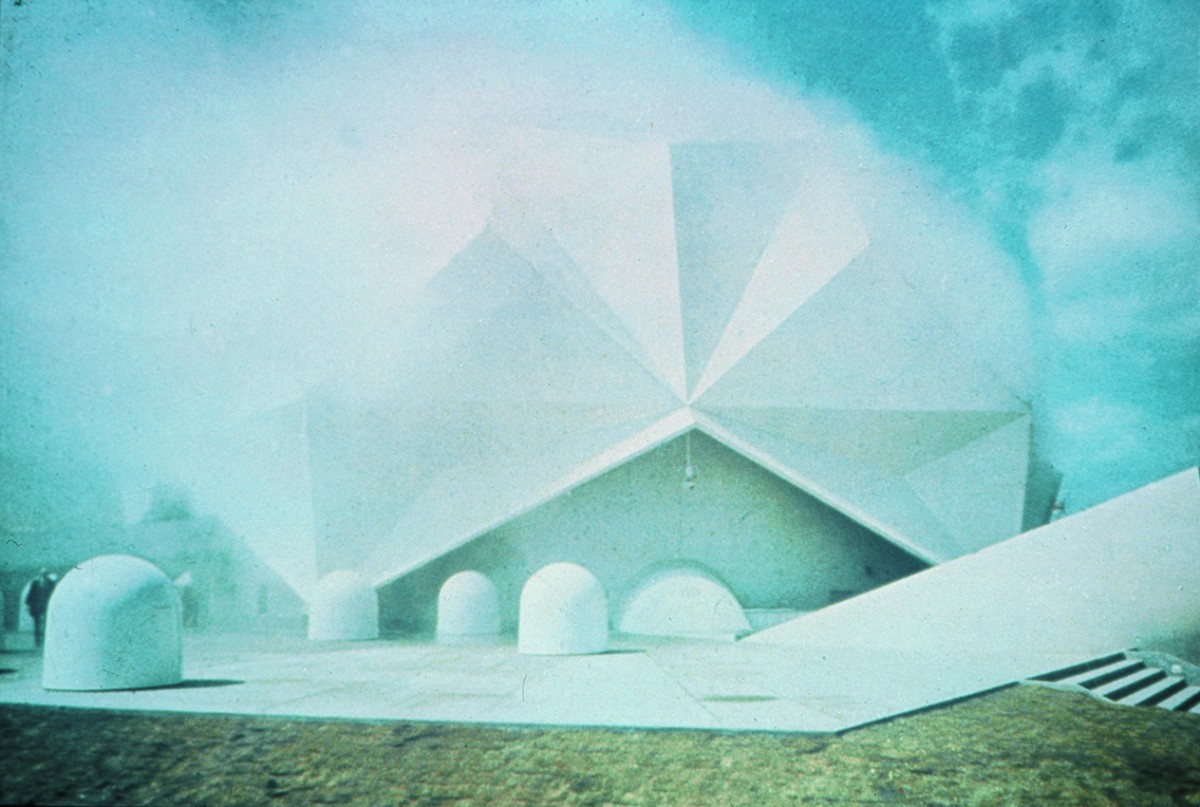 The concept was to create a living and visual and audiovisual environment that challenged and answered the visitors’ participation by allowing the change and transformation in a variety of ways. Robert Breer wanted the experience to be based on sound and to develop all the sensory possibilities, or as he put it, create an ‘invisible environment. The construction of the Pepsi Pavilion was completely assigned to Takenata Komuten, one of Japan’s largest architectural and construction companies. In fact, the building design was inspired by the Japanese art of paper folding, Origami. But the American artists had a different aesthetic and thought the design was boring and ugly, so when Meyer at an early meeting suggested that it would hide the entire building in a cloud of artificial fog, it was all caught on. Klüver began researching artificial fog and was looking for a specialist. He chose the Japanese artist Fujiko Nakaya, who had already been engaged as a coordinator.There were several ways of creating artificial fog by chemical means, but Fujiko Nakaya was absolutely convinced that for environmental reasons, she just wanted to make use of water.The experiment was successful and the fog sur- rounding the pavilion was the world’s first spherical sculpture made of water vapor. Robert Breer had created white dome-shaped sculptures made of fiberglass and seven of these were placed just outside the Pavilion.They were called “the floats” and were moving very slowly while they sent out very soft sounds. 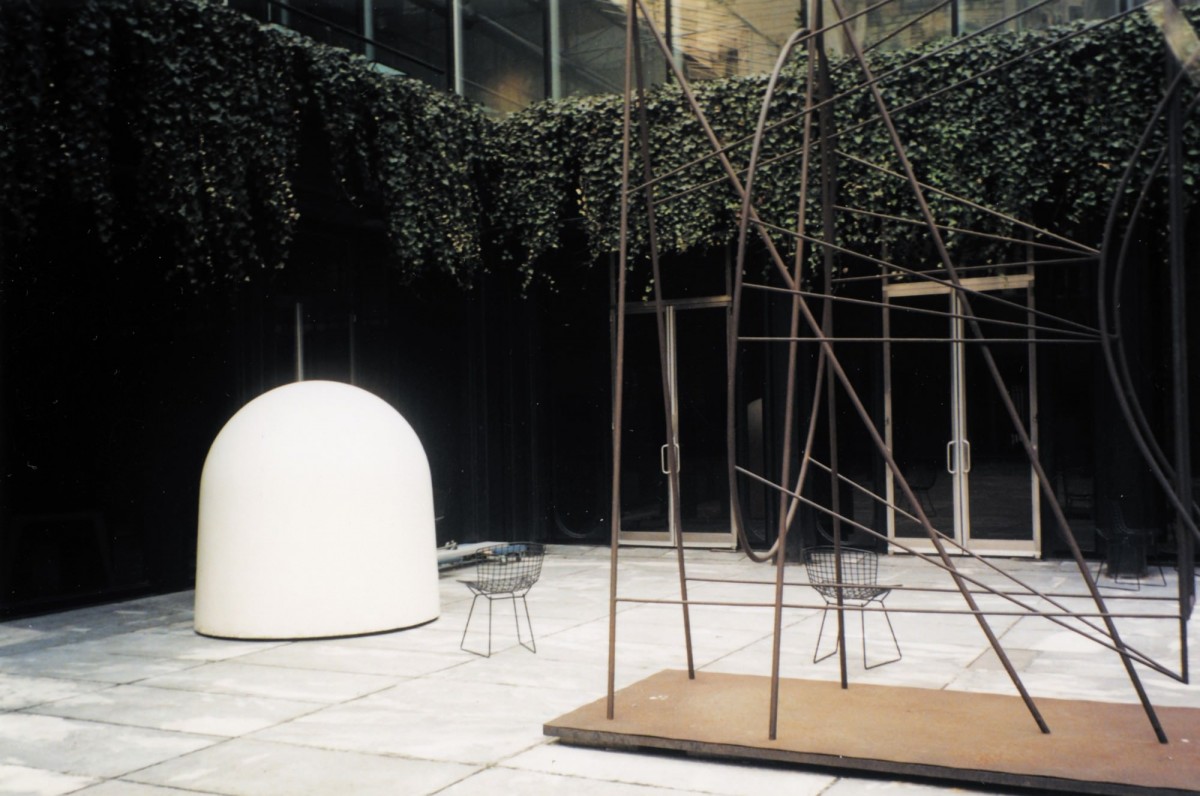 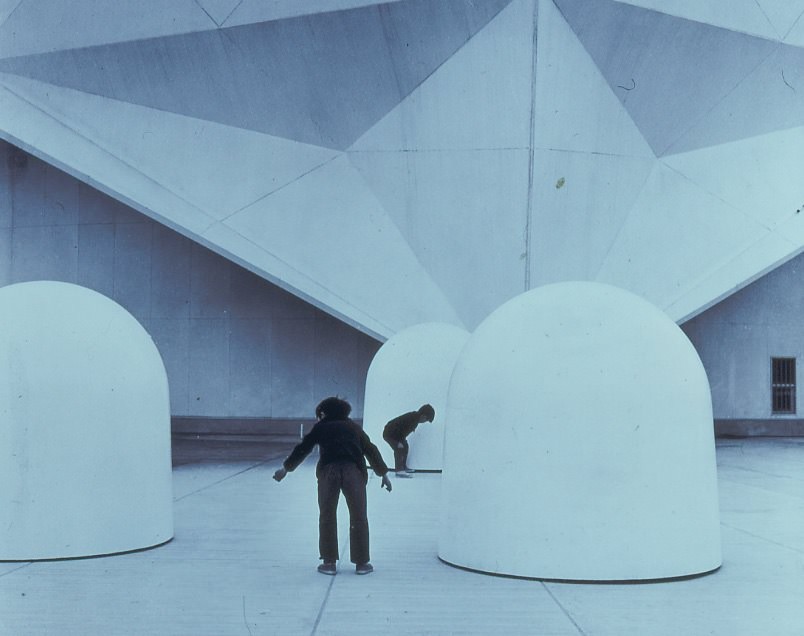 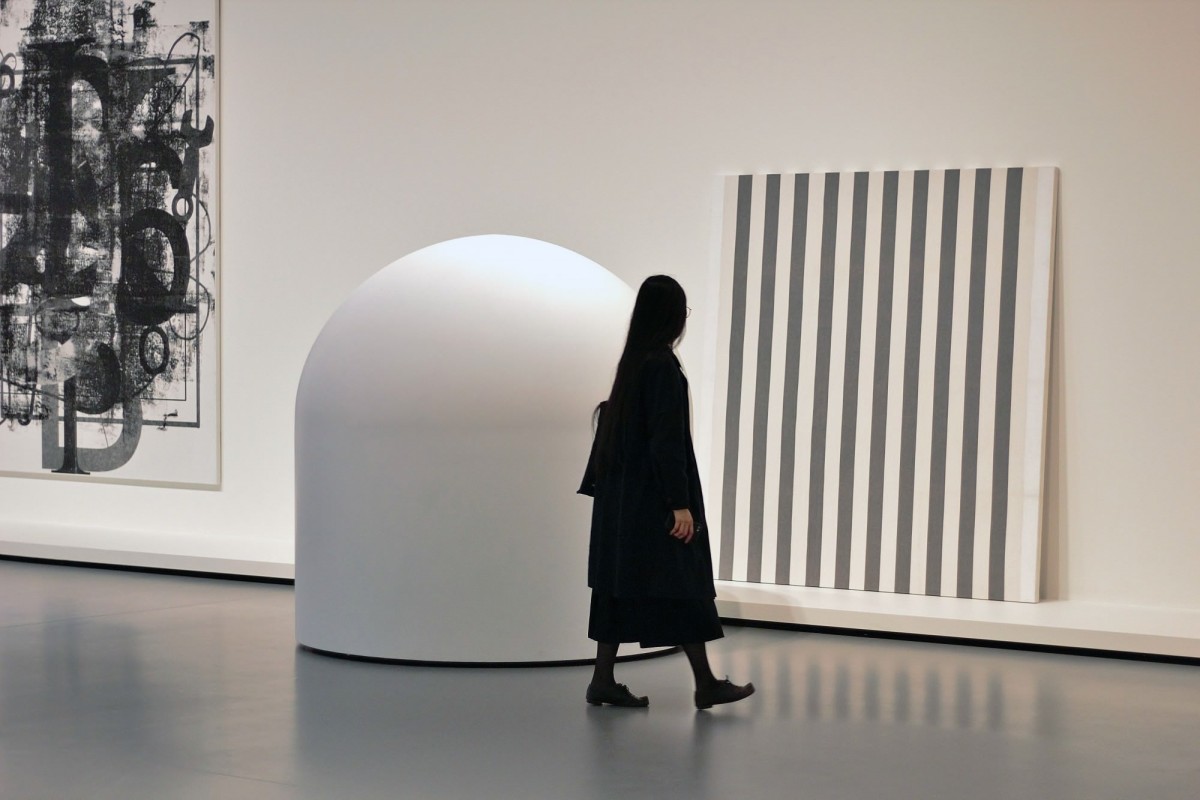 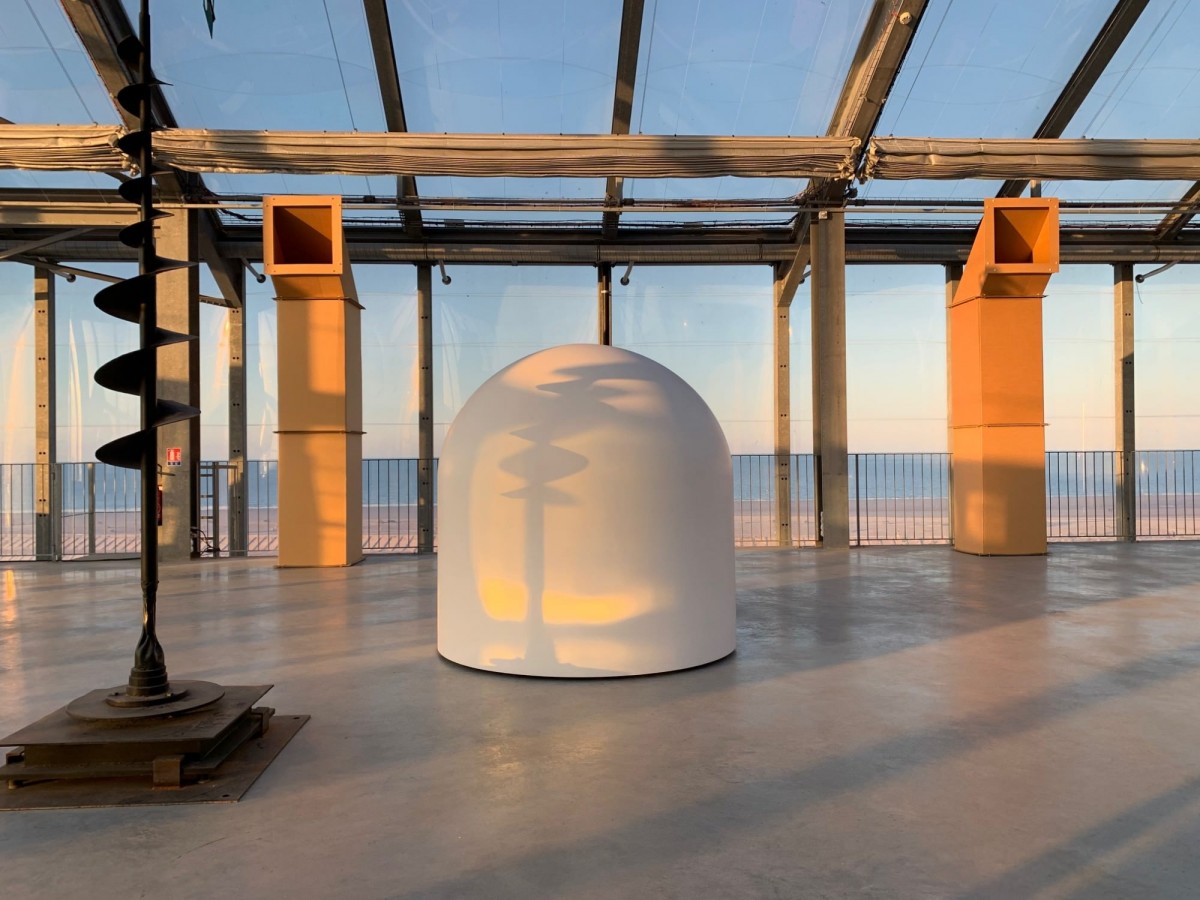