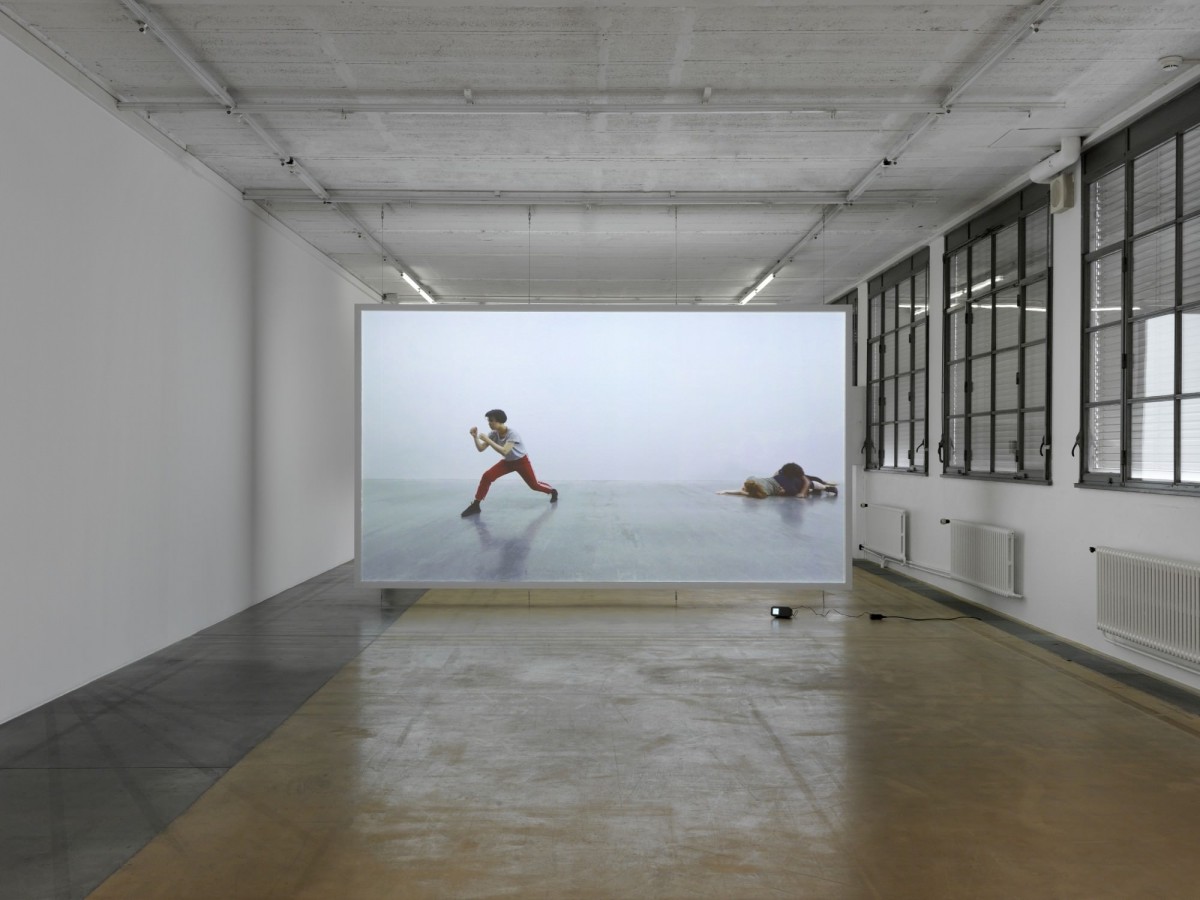 A mute moving image is rear projected onto a translucent hanging screen. In the image, two dancers tackle one another to the floor. While remaining intimately bound and violently separate, they attempt to drag one another in opposing directions. In the foreground, a third dancer performs an unimpeded solo. In its muteness, DRAG DRAG SOLO is a contingent object; it absorbs other sound producing works and noises, which have been installed in proximity.
DRAG DRAG SOLO is also a piece of expanded, indirect documentation. On the ultimate day of On False Tears and Outsourcing, Cally Spooner’s solo exhibition at the New Museum in New York, the artist asked six dancers — who were the main material of her two months exhibition — to change into their rehearsal clothes and perform to camera the choreography they had generated in the museum. Shot through museum glass, in straight takes, DRAG DRAG SOLO distills and archives one episode of their extensive repertoire.